The scourge of piracy in the Gulf of Guinea has led to costs upwards of US$1.9 billion a year for the nearly two dozen West African states which line it, according to a recent discussion at the United Nations Security Council. 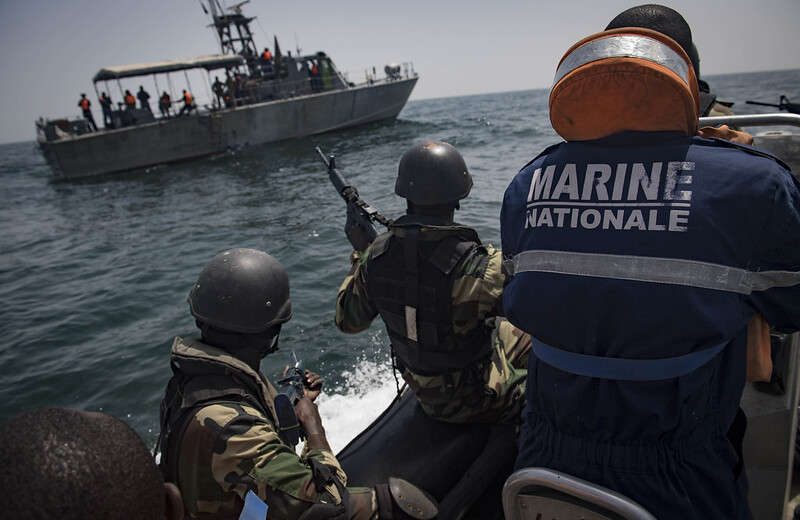 The scourge of piracy in the Gulf of Guinea has led to costs upwards of US$1.9 billion a year for the nearly two dozen West African states which line it. (Photo: U.S. Navy photo by Mass Communication Specialist 1st Class Ryan U. Kledzik, Flickr, License)Currently the gulf is the world's number one hotspot for maritime piracy, and the issue is proving far more difficult to address than past hotspots like the waters off Somalia.

It’s not just sailors, who more often than their cargo are the targets of the pirates, that suffer. The crime is having a significant impact for communities on land as well.

“These billions represent lost potential, and funds that could otherwise be invested in illicit economies and in developing coastal communities — funds that are needed now more than ever in the continuing COVID-19 crisis,” said Ghada Fathi Waly, Executive Director of the United Nations Office on Drugs and Crime (UNODC,) in a briefing to the Council.

According to Fathi Waly, organized crime, both on sea and land, is fed by local corruption and has led to a state of instability which has left many in desperate situations and led to a rise in violence.

“The attendant lack of opportunities and frustration driving more young people to piracy and crime, and making them more receptive to radicalization narratives,” said a summary of her briefing released by the U.N. “Such desperate conditions render more people vulnerable to human trafficking and migrant smuggling, and more women and girls at greater risk of exploitation and sexual violence.”

Currently a majority of victims of human trafficking in West Africa are children and more than a quarter of them are women.

The region is also a hub for drug trafficking.

“West Africa has become a manufacturing hub for methamphetamine, mainly destined for markets in East and South-East Asia, while cocaine trafficking poses a security threat, with the region serving as a major transit area for onward shipments to Western and Central Europe, as well as cannabis resin trafficking,” said the U.N.’s summary of her briefing.

Piracy in the region has jumped in recent years, entirely replacing the Red Sea and other regions, and account for almost all maritime kidnappings in 2020, according to a report by Stable Seas.

With the Gulf of Guinea being the exit point for much of West Africa's natural wealth, it's a lucrative region, but unlike in East Africa, where pirates captured whole ships including their cargo, in the west, they have focused on kidnapping. Leaving the ships afloat, captured crews are far more easily movable to be held for ransom at jungle camps, often in the Niger delta region of Nigeria where most of the pirate crews are based.