On the morning of June 17, 2013, a judge in the Ilfov County Courthouse just outside of Bucharest began trying the case of a Swedish citizen of Iranian origin.

AB, who has asked to remain anonymous, was to be tried in absentia on charges of evading €16 million (US$20.8 million) in taxes. The Romanian prosecutors say that two of his commercial companies imported vegetables from Turkey into Romania without paying taxes owed to the Romanian government.

On paper, AB is the owner of no fewer than 80 Romanian companies and many of these have huge debts to the Romanian state in unpaid taxes.

Yet AB had never imported vegetables, never set up companies and never evaded taxes. In fact, he had never been to Romania. However, his identity had been used by fraudsters to commit crimes without his knowledge.

He is not alone.

AB says he that while he has been working in Sweden, the past five years have been hell for him, culminating in his trial, in a foreign country, for crimes he had nothing to do with.

For more than a year, the Organized Crime and Corruption Reporting Project (OCCRP) has investigated a network that is providing dishonest businessmen with illegal means to evade paying taxes.

The network started taking shape in war-torn Iraq and its technique was simple: take debt-riddled companies in Romania and other Eastern European countries which haven’t paid taxes in years and transfer ownership to people whose identities were stolen or who didn’t know their names were being used to commit fraud.

Some of those involved in the network are allegedly connected to Al Qaeda, some claim to be victims of the terrorist organization and some are involved in large-scale tax evasion and trafficking of migrants.

Between 2008-2009 the network defrauded the state of at least € 50 million (US$ 68 million), and probably much more. It’s hard to put an exact number on the loss, as the companies involved paid scant attention to bookkeeping.

A Stolen Passport Surfaces in Frauds

“My passport was stolen in Sweden, in 2006,” AB told OCCRP reporters. “I reported it to the police and the document was cancelled in November 2006.” Four years later, the Swedish Iranian was in for an unpleasant surprise.

“In 2010, I received a formal letter from Romania, informing me that my passport was used in fraudulent businesses,” he says. “I sent a letter back through the Swedish authorities, explaining the situation.” For almost three years there was silence but, in February 2013, he got another notification. “I was asked to go to court in Romania on January 28, 2013.” But since the letter did not arrive until February, “it was impossible to get there.” 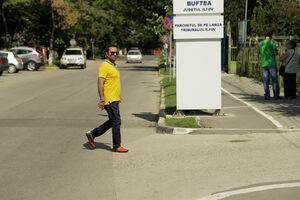 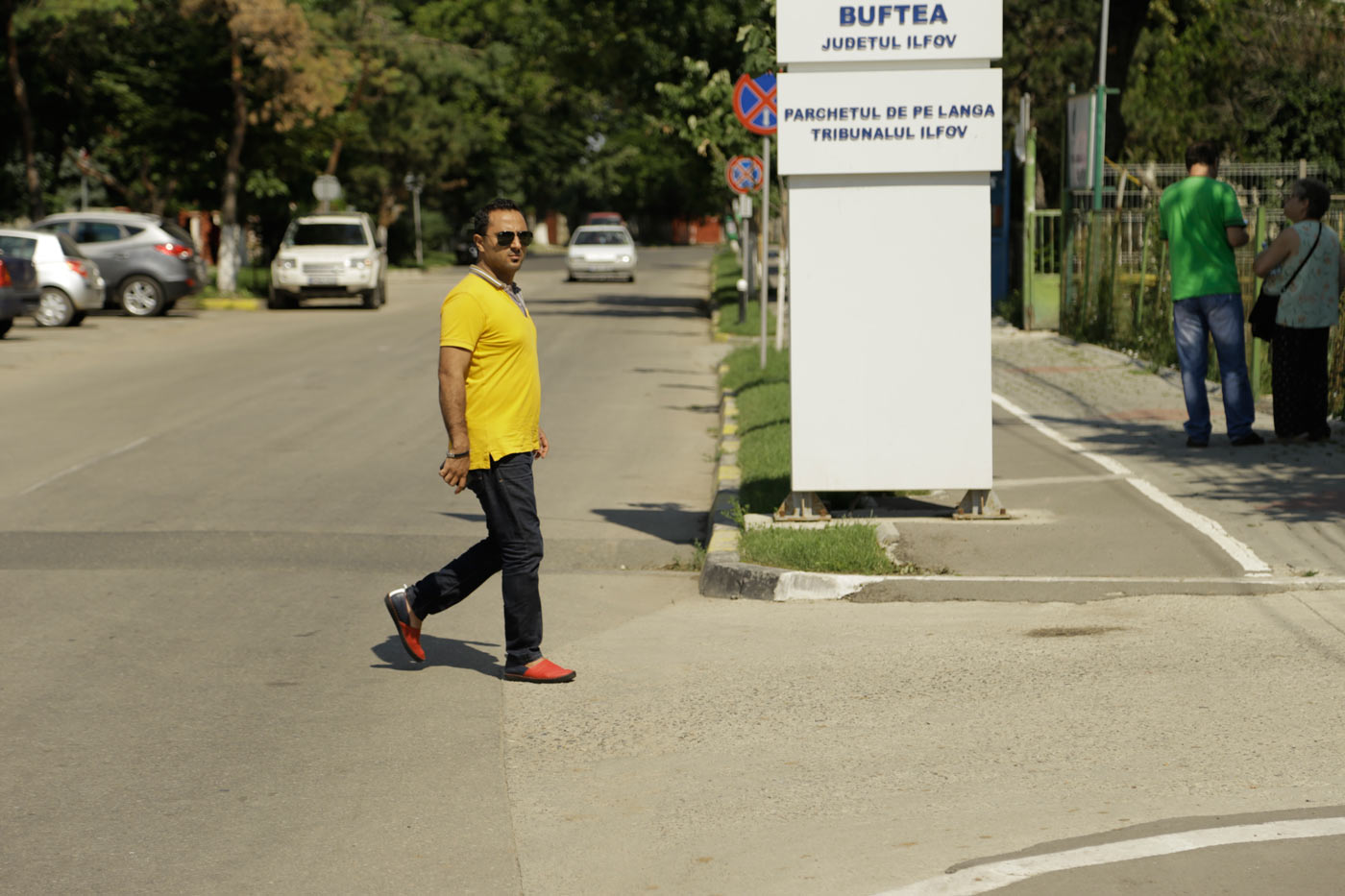 AB hired a lawyer and proved to the court that the passport used in Romania was not valid. “I asked them to reject the accusations against me but nothing happened. Me and my family were extremely concerned; this story bothered us a lot.” It was not until the end of December 2013 that the court in Ilfov acquitted AB and certified that he had not committed fraud.

AB was tried in the Romanian tax evasion case together with an Iraqi citizen, Morad Ahmed. Morad Ahmed is also the co-owner of no fewer than 150 commercial enterprises in Romania. Many of these owe huge amounts of tax to the Romanian state.

Ahmed was also acquitted in the tax evasion case, but his story is a little different than AB’s.

According to documents seen by OCCRP reporters, Morad Ahmed’s cousin, Omar Farid Ahmed, was behind the takeover of many of the companies used in the tax evasion.

A Romanian secret service letter attached to the tax evasion file says that Omar Farid Ahmed used AB’s stolen passport to take over the debt-riddled Romanian companies. The same letter says that AB’s passport was brought to Bucharest by another Iraqi who found refuge in Sweden, the Ahmed cousins’ uncle, Fwad Hossein.

The Romanian tax evasion case provides a glimpse into a world of deception where nothing is what it seems.

Tip of the Iceberg

The € 16 million tax evasion is only a piece of a much bigger cross-border puzzle involving numerous Iraqis. Many of these were brought into Europe by one man: 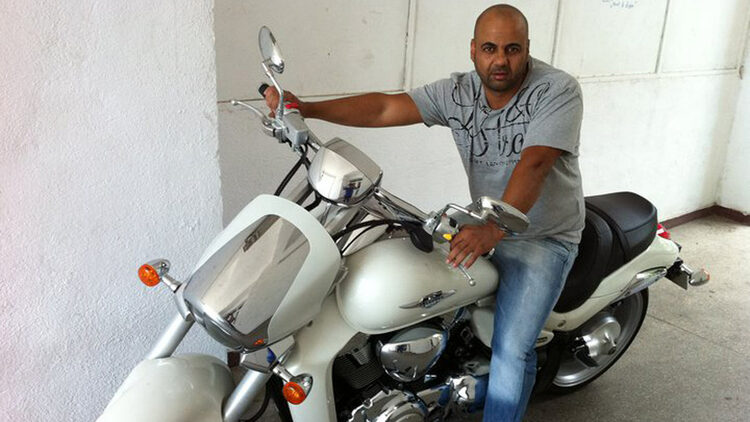 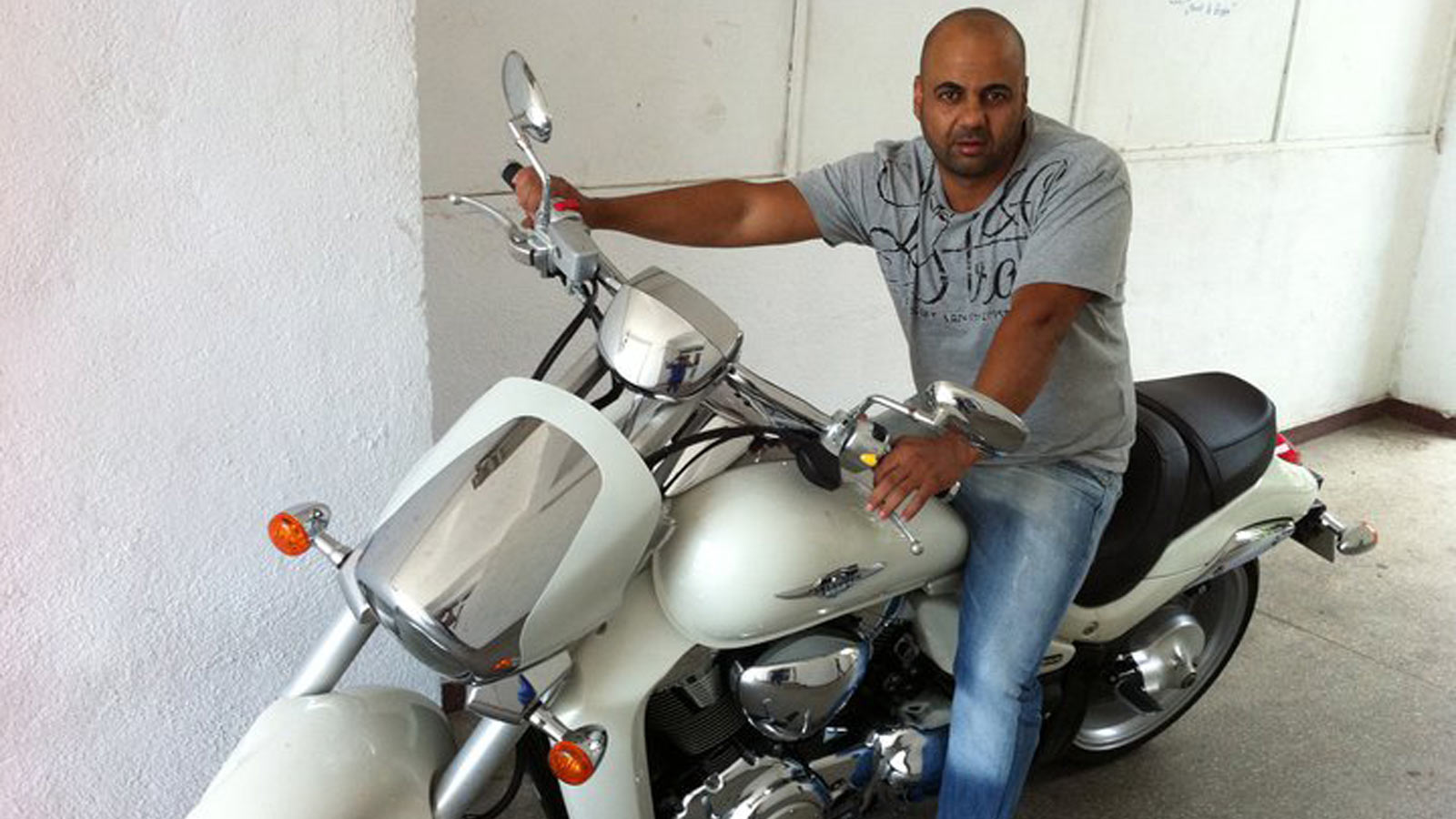 Al Dulaimi is now locked in a Bucharest jail, sentenced to four years for illegal trafficking of migrants.

Investigators say that between 2008-2010, the Al Dulaimi network brought more than 250 Iraqis into Romania. He would get them Romanian business visas, saying they were businessmen. Most were only straw men in companies involved in high-level fraud.

Some of them took over Romanian companies that were deeply in debt, leaving the authorities with false targets for their tax evasion investigations, as in AB’s case.

Reporters from OCCRP met Mohamad Al Dulaimi in the Jilava penitentiary in the outskirts of Bucharest. He claims that he had no connection with the tax evasion.

“I created companies from zero, clean. I had nothing to do with their sale. I was not investigated for handing them over. I don’t remember for how many Iraqis I got visas. They could be 250 in total. I wasn’t the only one getting them visas, there were other networks too. Seventy of them were only from my family but I helped a lot of people to get here.” - Mohamad Al Dulaimi

In fact, Al Dulaimi created, on the back of poor migrants, a tax evasion platform that was used by unscrupulous businessmen.

Most of the Iraqis say that they were never paid for taking over these companies but they were provided with plane tickets, food and shelter once in Bucharest. Some of them, like Morad Ahmed, say they were taken advantage of. Morad says he didn’t know any Romanian but was asked to sign many documents that were presented to him as paperwork to obtain Romanian residence rights.

According to the Romanian authorities, Al Dulaimi didn’t just smuggle in poor migrants in search of a brighter future. He is also accused of bringing five Al Qaeda terrorists into the European Union.

In December 2011, the Romanian prosecutors announced that they were indicting Al Dulaimi for helping five Iraqis with Al Qaeda connections get into the country. One of them is Omar Farid Ahmed, Morad Ahmed’s cousin and the Iraqi accused of using AB’s passport to establish many dummy companies. 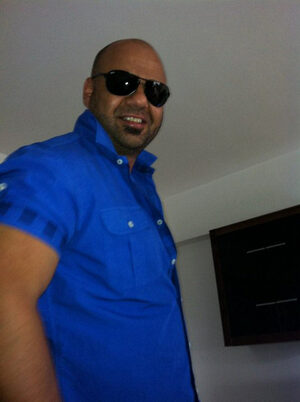 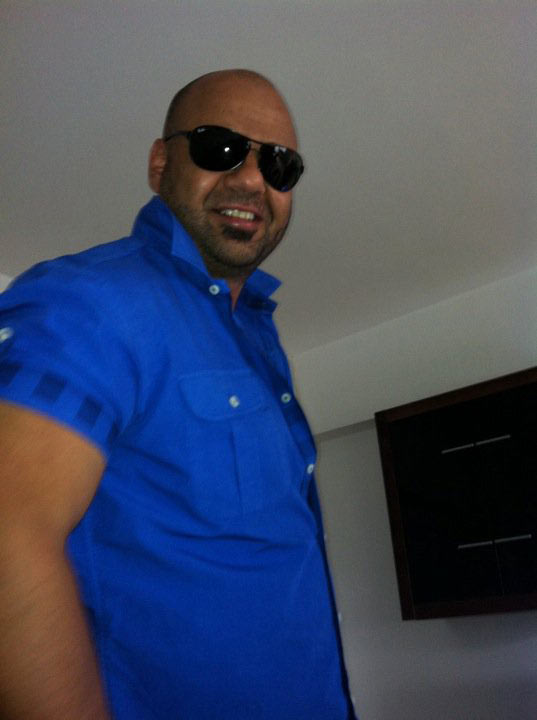 Credit: Facebook Despite his problems with the justice system, AL Dulaimi remained active on social networks.

Witness testimonies in the terrorism file and Romanian law enforcement say Omar Farid Ahmed is an affiliate of Al Qaeda’s Iraqi chapter, where he was in charge of the terrorist organization’s finances. His cousin, Morad Ahmed, says that Omar Farid Ahmed even stole money from Al Qaeda.

“Omar Farid told me that he held a position in the terrorist organization, he was a sort of a treasurer for the funds of Al Qaeda,” says Morad Ahmed. In 2005, he says, he was in Syria with his cousin when Omar Farid Ahmed “was kidnapped by Al Qaeda members and held hostage for three days. During this time he was beaten up to return an amount of money he had stolen from them. I found this out once he was freed because he gave them US$20,000. I know that his mother gave this money in return for his release.”

That’s not true, Omar Farid Ahmed told Bulgarian prosecutors in 2012. He denied links to the terrorist organization, claiming that Al Qaeda killed his father because he was working in construction for the Americans. He said that he came to Romania in 2006 with the help of Al Dulaimi, saying he paid him US$ 5,000 for a French visa which enabled him to move freely inside the European Union.

For the next four years (from 2006-2010) he apparently moved around a lot, staying for the longest period—18 months–in Sweden. In 2010, Omar Farid left for Bulgaria using a fake passport.

“I knew nothing about their links to Al Qaeda. They are five guys. Three are free in Iraq, not under investigation. Omar Farid Ahmed is free in Bulgaria. I didn’t even meet them.” Al Dulaimi denied prosecutors claims that he willfully helped terrorists.

The alleged terrorism case is still being tried in Romanian courts.

The services of the Al Dulaimi network have been used by a convicted terrorist, too. In September 2008, the same two scapegoats, the Swedish Iranian AB and the Iraqi, Morad Ahmed, became the shareholders of a Romanian company called Bucovina Mineral Water that owed € 3.5 million in taxes to the Romanian budget and to private companies.

The Romanian prosecutors say that this company was controlled by Omar Hayssam, a Romanian citizen of Syrian origin who orchestrated in 2005 the kidnapping of three Romanian journalists in Iraq.

According to Romanian prosecutors, Hayssam had organized a staged kidnapping with Iraqi terrorists in order to get cash as part of the ransom and to get out from under his other legal problems in Romania by appearing to be a savior. However, he lost control of the operation and the staged kidnapping became a real one.

In 2006, while being tried for the kidnapping, Hayssam managed to flee Romania leaving behind him a huge scandal that led to the resignation of the director of an intelligence service and the attorney general of the country. In February 2008, Hayssam was sentenced in absentia to 20 years in prison. In July 2013, he was extradited from Syria to Romania to serve his sentence.

Ukrainian Cleaners Discover They Own Companies - And Owe Taxes
Crooks Steal The Money, While Refugees Pay The Price