First Bank of Montenegro, controlled by the family of Prime Minister Milo Djukanovic, was the bank that never said “no”. Especially to one of its largest customers: Darko Saric, the recently arrested drug lord who did extensive business through the bank. 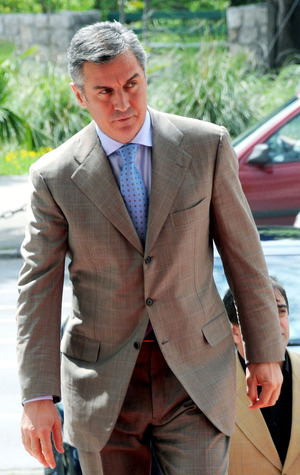 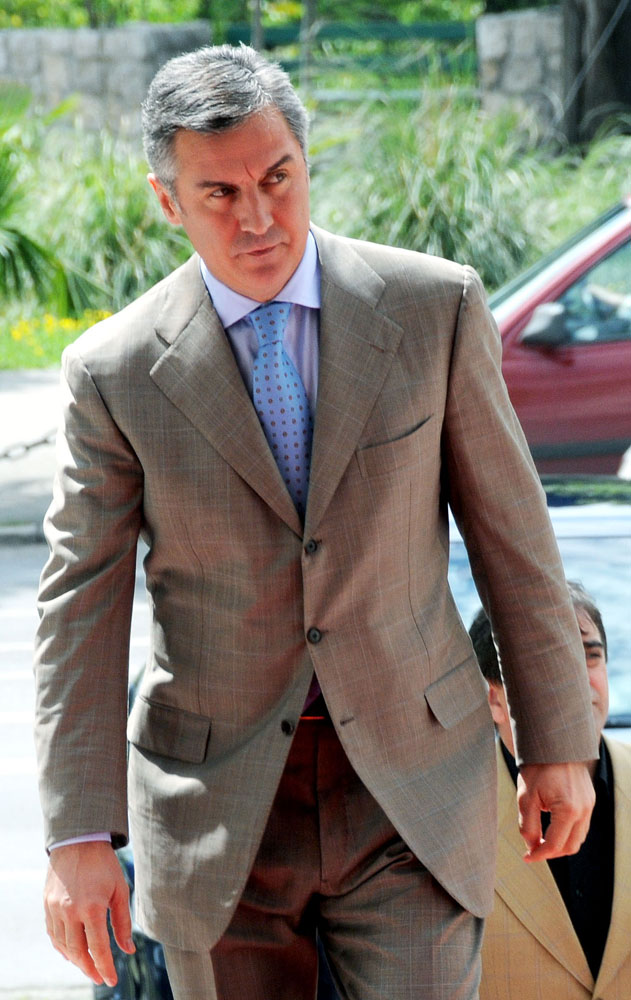 Credit: Vijesti The family bank of the Prime Minister Milo Djukanovic sits at the center of an unholy alliance between government, organized crime and business in Montenegro.

Not only did it open accounts for and do business with Saric’s companies and his associates, it often gave them unusually favorable business terms. This includes Saric associates Rodoljub Radulovic and the late Dragan Dudic. Police and prosecutors say Saric ran an international cocaine smuggling ring which smuggled tons of cocaine from South America to Europe and laundered millions of Euros. According to the Serbian Prosecutors Office for Organized Crime, Radulovic helped smuggle 1.8 tons of cocaine by providing ships to Saric which Dudic was among the leaders in the network. Radulovic was later indicted in Serbia for his role in drug trafficking.

Saric has just been arrested while Radulovic is being sought by police; Dudic was shot dead while sitting in a square in Kotor in 2010.

But to the bank, Saric was a trusted customer who at one point helped them by depositing millions at a time when it was struggling to meet the demands of customers for their money.

While doing business with criminals, the bank broke the law and violated its own internal regulations, according to Montenegrin Central Bank reports obtained by the Organized Crime and Corruption Reporting Project (OCCRP).

The story is spelled out in over a thousand pages of internal bank documents obtained by OCCRP, which has reported extensively on the first family’s bank. In almost all of these deals, the First Bank failed to follow money laundering laws, its own policies and basic good business practices. Many of the companies that received loans would end up failing.

Buying assets through loans is a common way organized crime groups launder illegal money. Some of the loans were never paid off; instead, taxpayers bailed out the bank in a controversial move. It is not clear whether the bank ever repaid taxpayers.

The deals raise questions about why a bank would fund such controversial businessmen, many of whom ran companies that showed little or no income and large losses.

Djukanovic’s family bank sits at the center of an unholy alliance between government, organized crime and business in Montenegro. The country has increasingly developed an international reputation for being a country run by organized crime.

When opening accounts for new clients, banks are required by law to follow “know your customer” rules and obtain detailed records that confirm the identity of the person who truly owns or benefits from the account. The rules are in place to prevent banks from being used for money laundering.

First Bank routinely and in many cases systematically failed to collect the required information. 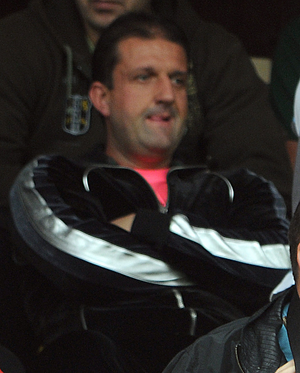 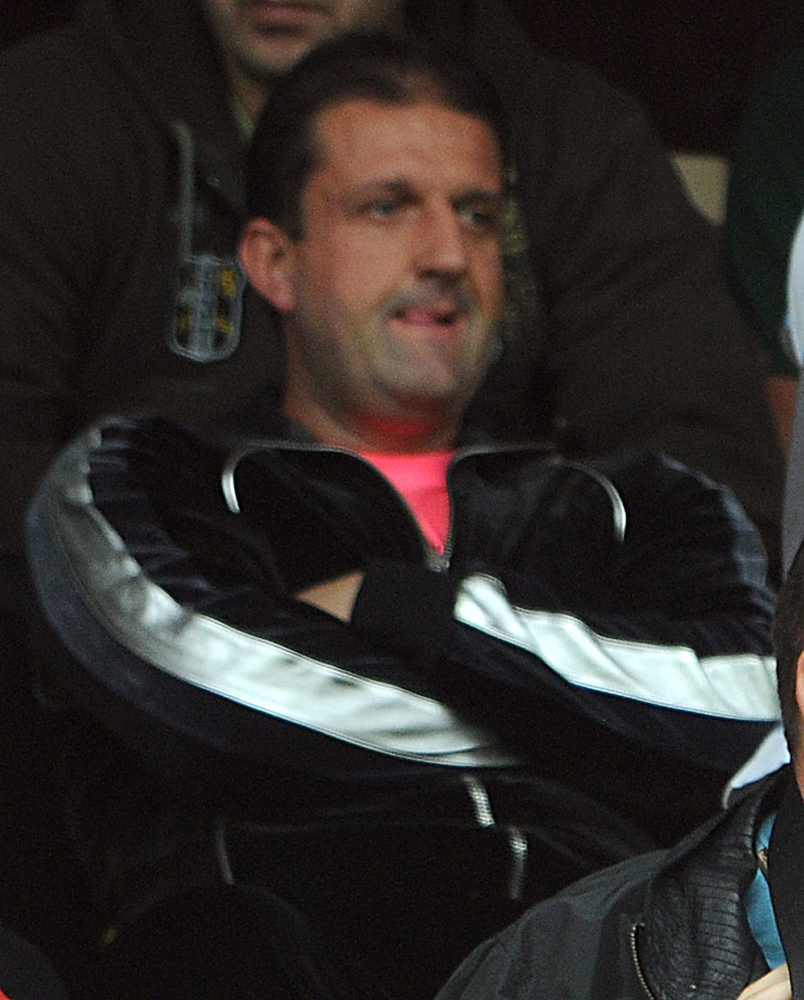 For example, when setting up accounts for Delaware-based Lafino Trade LLC and Seychelles-based Camarilla Corporation, the First Bank failed to obtain valid copies of registration records as well as copies of identification cards for people with access to the accounts. Both companies were controlled by Darko Saric and both were used for money laundering, according to prosecutors.

In May 2012, Dusko Saric, Darko’s brother was sentenced to eight years in prison for money laundering. It was through Camarilla Corporation’s bank account in First Bank that Saric’s brother laundered €7.4 million (US$ 10 million). Dusko Saric appealed and his sentence was changed to five and a half years in December 2013.

Reporters at OCCRP obtained documents from the Delaware business registry which shows that the Saric brothers are shareholders of Lafino Trade. This is confirmed by law enforcement records and court documents, which show the company was used to launder Saric’s drug profits to funnel them into legitimate businesses.

For instance, Lafino Trade showed up in an OCCRP investigation into Zoran Copic, a Serbian businessman sentenced in Bosnia and Herzegovina (BiH) in January to four and a half years in prison for laundering Saric’s money. Copic was also sentenced to six years in prison in absentia in Serbia in February. In December 2008, US$ 2.9 million was transferred from Lafino Trade to the account of Agrocoop, a company owned by Copic, which he used to purchase a sugar factory in Bijeljina, BiH.

Saric was an important customer but it is not clear how much money he had on deposit. In 2010, Montenegrin Central Bank examiners reviewed the accounts of foreign entities in First Bank. The company Lafino Trade was listed among the top 10 foreign accounts posting the largest number of transactions although the report does not mention exact amounts. It also had the 13th largest amount of money on long-term deposit. Lafino Trade deposited €6 million (US$ 8.25 million) as a 5-year deposit on May 6, 2008.

Lafino Trade was used by Saric when he sold the Serbian cigarette and news distribution company, Stampa System, to the German media concern WAZ for €29 million (US$ 40 million). 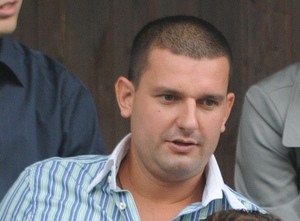 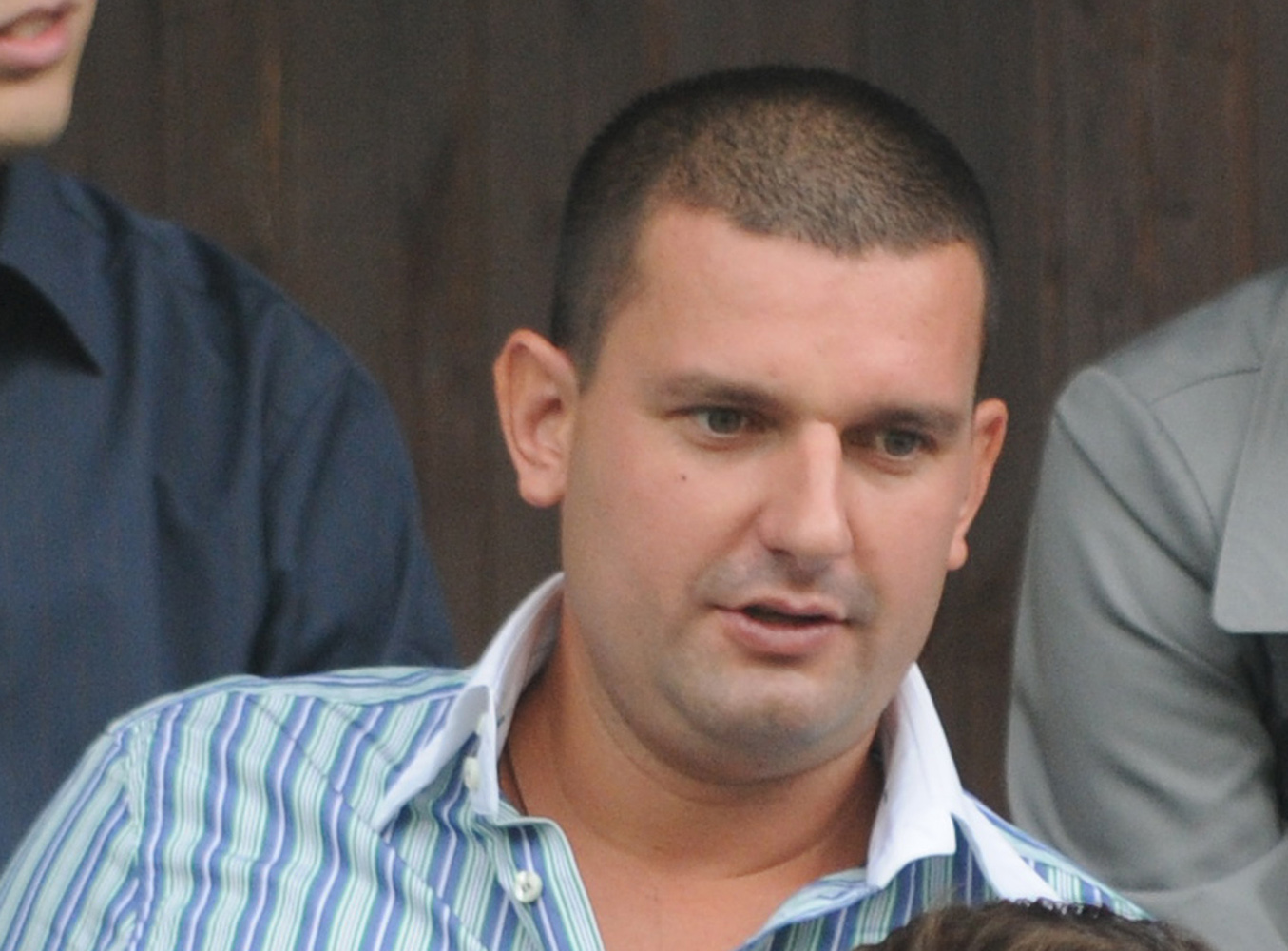 Credit: Vijesti/Savo Prelevoć In May 2012, Dusko Saric was sentenced to eight years in prison for money laundering through First Bank of Montenegro. He appealed and his sentence was changed to five and a half years in December 2013.

Nova Star CG, a subsidiary of another Delaware company owned jointly by the sister of Darko and Dusko Saric and Nebojsa Jestrovic, Saric’s close associate and best man, who was later indicted for money laundering for the drug dealer, channeled money through the bank. In April 2009, First Bank provided confirmation that the Saric company has at least €1 million (US$ 1.3 million) deposited in its account at the bank. The company was used in a land deal with the Budva football club Mogren.

But this was not the only business First Bank transacted with Saric. Despite poor financial returns, First Bank gave loans to two Montenegrin companies controlled by Saric: Mat Company and Trecom. 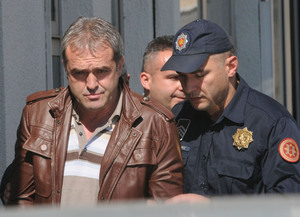 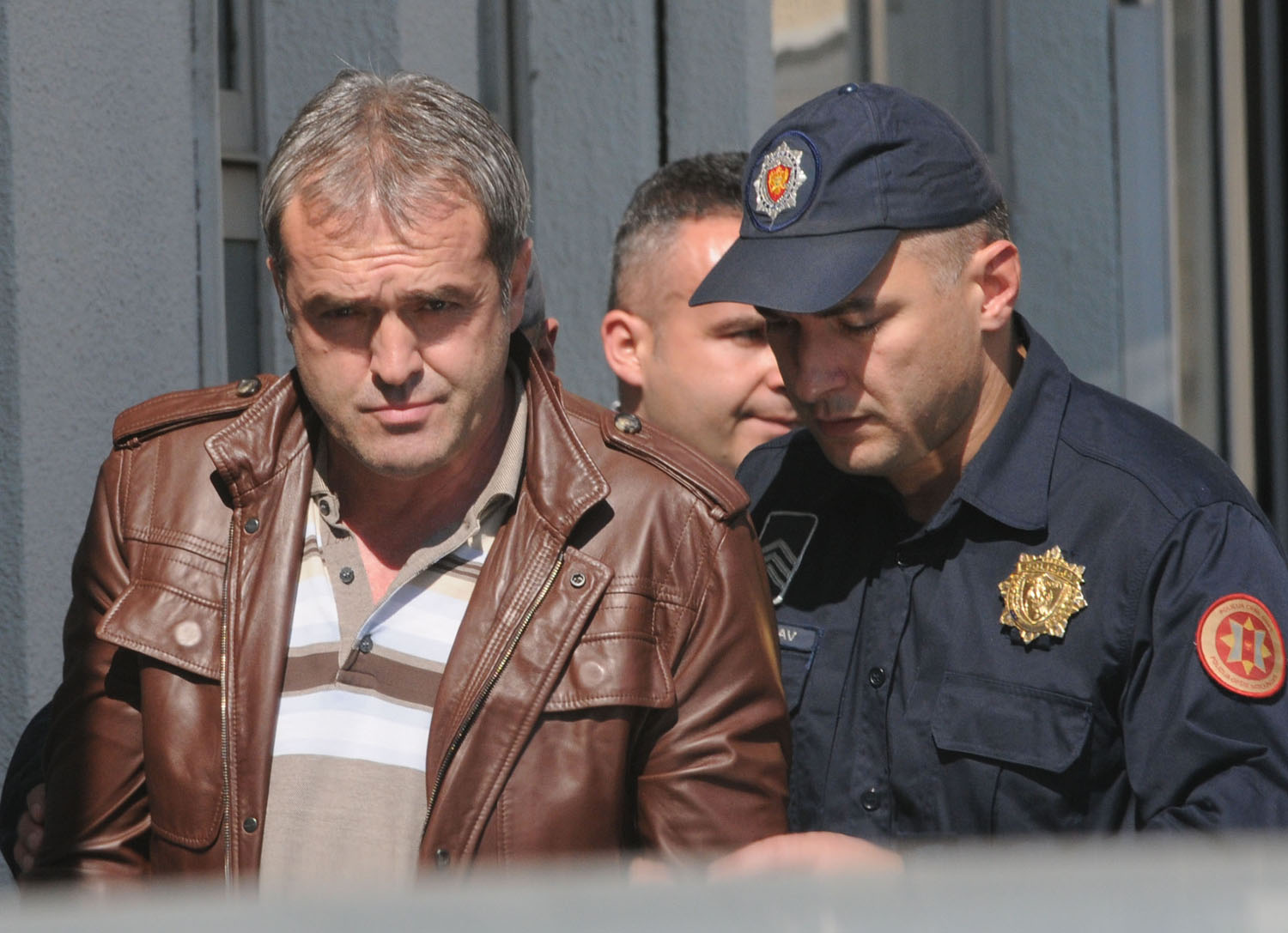 Credit: Vijesti/Savo Prelevoć Jovica Loncar was a proxy for Darko Saric, the indicted drug lord. He served as a front person for companies that Saric established in Montenegro and Delaware.

An analysis from Central Bank examiners showed that at the end of 2007, Mat Company had low profitability. It also had a low level of liquidity, according to a January 2009 report. A 2010 examination by the Central Bank along with an analysis of financial statements for 2008 and 2009 showed the company was chronically losing money. Because of the high losses, it had little cash and took out more short-term loans and at the end of 2009 had €500.000 (US$ 687,000) in losses.

Trecom, another company controlled by the Montenegrin drug trafficker’s network, also got a 5-year loan with a 12-month grace period. While it is not clear what the original amount of the loan was, at least €1.2 million (US$ 1.6 million) was outstanding as of 2010. 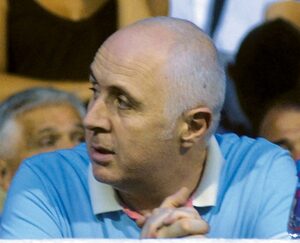 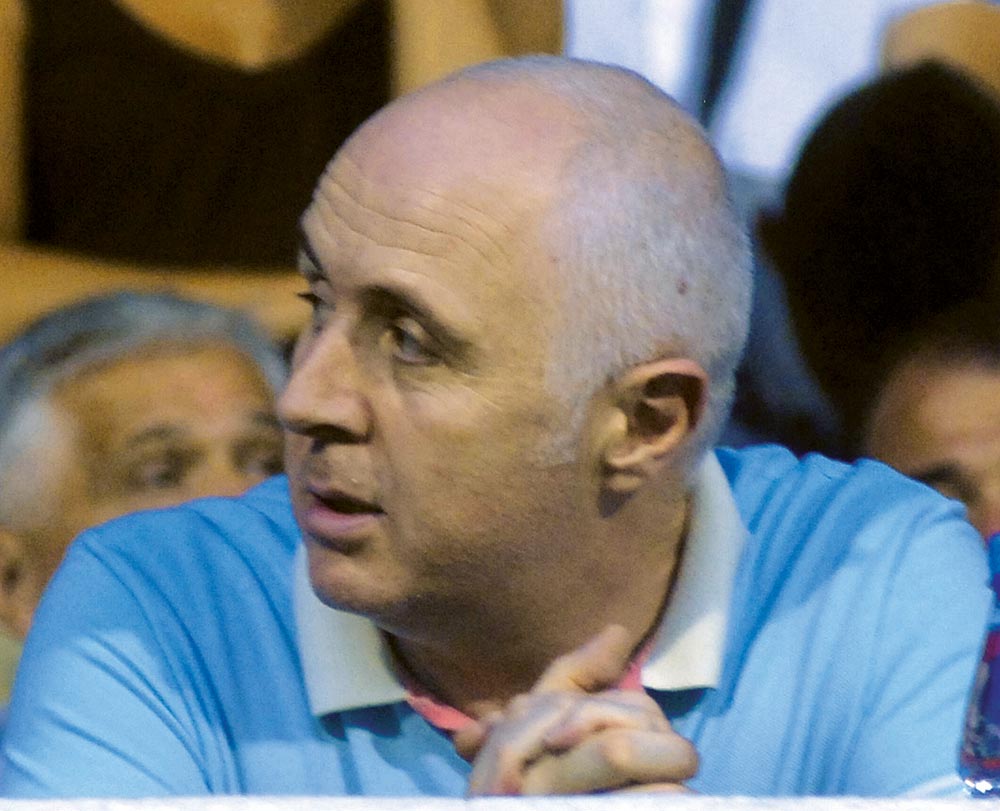 Credit: Vijesti Aco Djukanovic is the biggest shareholder of First Bank of Montenegro which Darko Saric helped by depositing millions at a time when it was struggling to meet the demands of customers for their money.

Trecom was founded by Radulovic, who worked with Saric. Radulovic later transferred Trecom to Dudic, another of Saric’s partners, who was under investigation by Serbian prosecutors for cocaine trading.

Lafino Trade helped out First Bank significantly. When it deposited €6 million (US$ 8.25 million) for five years in May 6, 2008, the deposit came at a very good time for First Bank, which was already struggling to pay its bills and depositors. Compared to other top depositors, Saric’s deposit had an unusual provision; while other depositors were paid interest of 5 to 8 percent, Lafino received only 1.5 percent. Normally, depositors who agree to leave money in a bank for a long time are paid higher rates. The only other depositors with such a low interest rate were bank owner Aco Djukanovic (1.5 percent) and Caldero Trading Limited (2 percent) a company owned by Milo Djukanovic’s close friend Zoran Becirovic.

While Saric may have been the biggest criminal working through First Bank, he is not the only controversial figure who used the bank. OCCRP has reported that indicted cigarette smuggler Brano Micunovic and his wife got very good deals from the bank including an unsecured line of credit. Montenegrin non-governmental organization MANS has reported that Albanian drug kingpin Naser Kelmendi was allowed to make large cash deposits at the bank.