In the last days of 2008, Erich Rebasso, an Austrian lawyer, sent a letter to the main Vienna headquarters of the Federal Criminal Police, the country’s top law enforcement agency.

Its purpose was unusual — the father of four young children was blowing the whistle on himself.

“I deeply regret having been used for criminal purposes and I am willing to submit the matter to the required criminal review,” Rebasso’s five-page confession concluded. 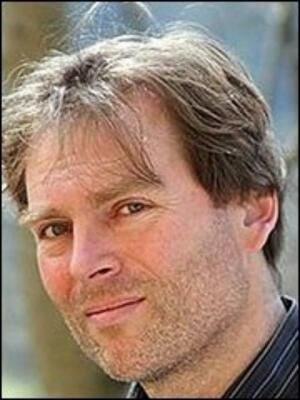 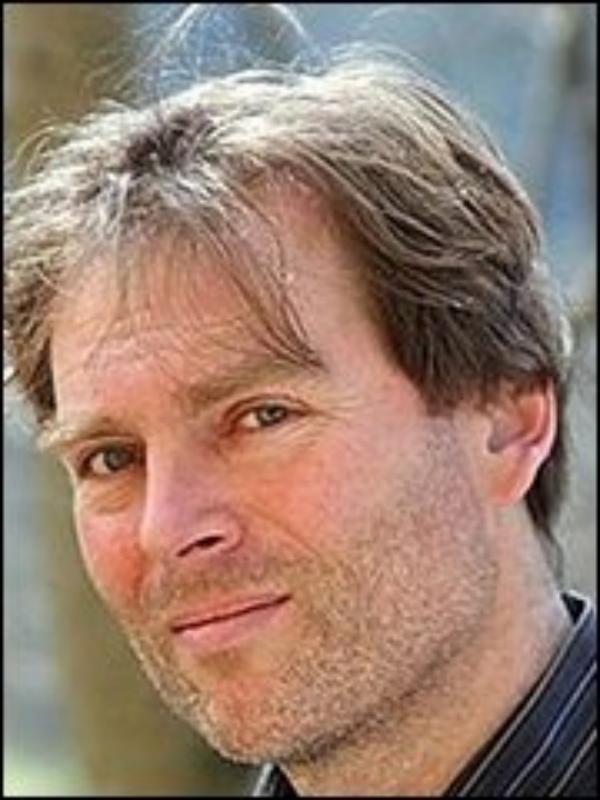 Enlarge Erich Rebasso's 2008 letter to Austrian authorities confessing that he had helped launder tens of millions of dollars.

Then 45, Rebasso specialized in advising Russian clients on how to do business in the West. He had an excellent reputation as a fast, reliable, and discreet partner, and he spoke Russian fluently.

But it had all come apart. Rebasso admitted he had been used to launder tens of millions of dollars. He explained that, for over a year, he had been accepting payments from Russian criminals and had sent the funds to other bank accounts at their instruction.

As it turns out, those criminals were using companies that were part of the Troika Laundromat. The massive financial scheme revealed in OCCRP’s latest Laundromat investigation had been put together by Troika Dialog, then Russia’s largest private investment bank. Some of the accounts Rebasso wired to belonged to two of the system’s core offshore companies: Industrial Trade Corp. and Nixford Capital Corp.

Between December 2006 and February 2008, Rebasso used 150 individual transactions to send almost US$ 96 million to laundromat accounts at Ukio Bankas, a Lithuanian bank.

Many of the reasons specified for the transfers made little sense for a law firm. Along with trades involving “fruits and vegetables,” “consumer goods,” and “electronic goods,” Rebasso is even listed as buying “frozen herring” from companies with Ukio bank accounts. More likely, the description was a red herring aimed at Ukio’s compliance department.

Rebasso’s own Austrian bank accounts were held at Raiffeisenlandesbank Niederösterreich-Wien (RLB). Though the bank investigated his large transfers, it appeared to take no further action for two years — at which point it finally pressed him to stop.

Rebasso’s confessional letter had little effect. While police looked into the matter, it was two years later when they informed him that they had stopped the proceedings because they believed any potential crime had happened outside their jurisdiction and been committed by foreigners.

Two years after that, Rebasso was dead.

According to his statement, Rebasso’s involvement in the money laundering scheme began on a visit to Moscow in November 2006 where he was introduced to Viatcheslav Dremin, a Russian businessman. Dremin told him that he provided financial services to Russians who needed to transfer funds abroad. But the official system for sending money across borders was very bureaucratic, he said, and he needed to speed up the process. He wanted Rebasso to act as his trustee in Vienna to help him move the money faster.

The lawyer accepted. Soon, two Vienna bank accounts belonging to his Austrian company, Schulhof Investigation (later renamed Sostegno), began receiving large sums from companies Dremin represented, along with instructions on where to send them. In every instance, he received his directions via an anonymized email address.

Rebasso worked on behalf of three insurance companies registered in Dagestan, a troubled North Caucasus republic within the Russian Federation.

At least some of the money appeared to be of criminal origin.

One of the companies Dremin represented, National Insurance, was directed by Russian businessman Maxim Vedenin. In 2011, Vedenin would be sentenced to 19 years in prison for robbery and the murders of two prostitutes.

Prior to that, Vedenin’s company had received money from a widely-known fraudulent scheme involving fuel at Moscow’s Sheremetyevo airport that OCCRP uncovered in 2012.

Between 2003 and 2008, Moscow’s busiest airport bought fuel through a long chain of intermediaries that grossly inflated its cost. According to court documents, phantom companies earned at least $200 million in unnecessary markups in 2006 and 2007 alone. The Russian government lost more than 1 billion rubles ($40 million) in tax revenue from the scheme. The higher fuel costs also meant higher airplane ticket prices for the travelling public.

A portion of the money generated by the scheme was laundered through the Troika Laundromat. Vedenin’s company, National Insurance, received some of the proceeds, and then sent them on to Rebasso’s company.

The Austrian lawyer then sent the funds into the Troika Laundromat, using it as a money laundering system. Over the same period, between December 2006 and March 2007, he sent $19.4 million to the accounts of Nixford and Industrial Trade Corp. To justify the transfers to the bank, he provided false invoices indicating he had bought “consumer goods” from the Troika Laundromat companies, or was simply paying “for bills.”

All but one of Dremin’s companies have been dissolved, and he couldn’t be reached for comment.

Despite Rebasso’s efforts to mask his money transfers as legitimate trade deals, his own bank began to investigate the financial activity in the spring of 2007.

On March 15, Rebasso’s office received a letter from his bank’s legal department inquiring about a “sharp increase in transaction amounts” on one of his accounts. The bank wanted to know on whose behalf Rebasso was acting.

A few days later, Rebasso responded in a letter, explaining that he was handling “foreign payments” for three Russian insurance companies. He also provided their names, their information from the Russian commercial register, and evidence of his business relationship with them.

The bank appears to have been satisfied with Rebasso’s explanation, because afterward, his transfers continued.

(A representative of RLB said the bank could not comment on its clients and that it had complied with all anti-money-laundering obligations.)

In mid-2007, Rebasso’s statement to police says, Alfis Mirgunov, one of the Russian partners in his arrangement with Dremin, got in touch. Mirgunov planned to start his own financial enterprise and wanted Rebasso to open bank accounts in Austria on his behalf. Once again, the lawyer agreed.

He opened three new RLB accounts for his company, Schulhof, to handle the anticipated load. The accounts were denominated in U.S. dollars, euros, and Russian rubles and soon, more money started to pour in. Once again, Rebasso received his instructions from an anonymous e-mail address, this time identified only by a sequence of digits.

Over two months near the beginning of 2008, Rebasso wired $68.3 million in 106 individual transfers to a bank account owned by Vantrel Invest Ltd., a New Zealand–registered shelf company.

Vantrel doesn’t appear to be a Troika Laundromat company; rather it is an intermediary that sent millions on to the Laundromat. (Vantrel’s bank account was held at Ukio Bankas, where many Laundromat companies held their accounts.) Documents related to the transactions said they were to buy mobile phones, though this explanation is almost certainly another fiction.

In his confessional letter, Rebasso told the Austrian police that he stopped working for the Russians in 2008. It isn’t known how much money he took for his services.

“I ended this activity at the end of February,” he wrote. “Among other reasons, primarily because the scope overwhelmed my control options.”

His hesitation appeared to be only part of the truth.

In fact, that month, Rebasso’s Austrian bank, RLB, had had enough. His transactions had apparently triggered another serious review, and senior executives told Rebasso he would need his own banking license to continue such large transfers.

Though he had stopped working with his Russian partners, Rebasso’s troubles were just beginning. He appeared to have become an unwitting facilitator of a fraudulent investment scheme.

According to his letter, in June 2008, Rebasso started receiving emailed complaints from ordinary Russians who said their savings had been stolen.

Rebasso described the correspondents as “rather simple-minded, not very wealthy people who were baited with internet ads.”

Apparently, the victims of the scheme had been offered what appeared to be lucrative investment opportunities through a platform called Finlist Forex Found. Then, without Rebasso’s knowledge, they were instructed to send their money to the accounts of his Austrian company, Sostegno.

Rebasso said the Russian fraudsters provided the investors with fake documents bearing his forged signature (some of these were shared with him by the angry correspondents). When the money arrived in his accounts, Rebasso sent it on without being aware of its origins.

Now the victims were furious, demanding repayment of money he had already sent on to the Laundromat.

Rebasso got in touch with Mirgunov and asked what was happening. The Russian told him he would fix the problem and reimburse anyone who had lost money. But he never did, and by the end of the year, Rebasso sent his letter to the Federal Criminal police.

The Beginning of the End

The police forwarded the case to the public prosecutor’s office in Vienna. Nothing appeared to happen. On Dec. 3, 2010, two years after his complaint, Rebasso was notified that police had ended their case. It had been dismissed because the public prosecutor decided the case was outside Austrian jurisdiction. “Foreign acts of foreigners,” the statement read.

Rebasso’s own story was nearing its end.

In late July 2012, as he walked from his office to his Mercedes SUV in an underground parking lot, he was ambushed by two men. His car was later found empty in a different location, and shortly after his disappearance, his family received a demand: The kidnappers wanted a 435,000–euro ransom. After no deal was reached, Rebasso’s body was found three weeks later in a forest near Vienna. Austrian authorities concluded that he had been suffocated, probably while he was taken into a headlock.

Credit: Herbert Pfarrhofer/APA/Picturedesk.com Police and coroners remove the body of Erich Rebasso from a forested area near Vienna, where it was discovered by a hunter on August 16, 2012.

Soon afterward, two former Moscow police officers were arrested and charged in connection with the ransom demand — but not for Rebasso’s kidnapping and murder. They were sentenced to eight and nine years in prison, respectively.

It’s still unclear who ordered Rebasso’s murder and why, though media and police speculated that victims of the investment fraud had hired the officers to recover the money.