What are the Pandora Papers?

The Pandora Papers are nearly 12 million files — totalling close to 2.94 terabytes — leaked from 14 companies that provide corporate services in offshore jurisdictions. The documents offer the most comprehensive look to date at how such service providers help the rich and famous — including celebrities, the ultra-wealthy, politicians, and criminals — to hide their money in financial secrecy jurisdictions.

The International Consortium of Investigative Journalists (ICIJ) received the leaked files and coordinated a worldwide investigation into their contents. The project involves more than 600 journalists from 117 countries.

I’ve heard of the Panama Papers and Paradise Papers. How do the Pandora Papers compare?

The Panama Papers, which exposed hundreds of thousands of offshore companies set up by Panamanian law firm Mossack Fonseca, caused uproar when they were published in 2016. Some $1.36 billion has been recouped due to the revelations since then, and charges have been brought against high-profile figures, including the former chief of staff to Malta’s prime minister. In 2017 the Paradise Papers, another major leak from three offshore providers, caused a fresh wave of scandal.

What sets the Pandora Papers apart is the leak’s scale and scope. The data from 14 service providers gives an unprecedented insight into the offshore industry, showing once and for all that cases of tax evasion, money laundering, and other malfeasance exposed by previous investigations are not down to a few rogue operators, but are an essential part of how this secretive industry works.

“There are a lot of people that do this, a lot of players across the world.” 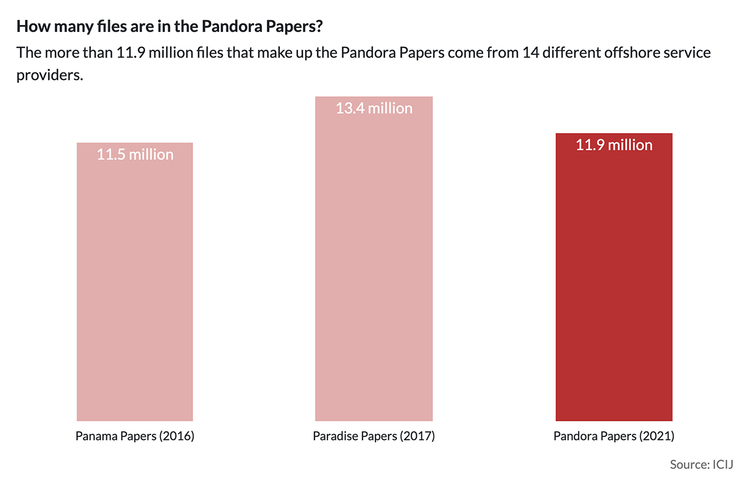 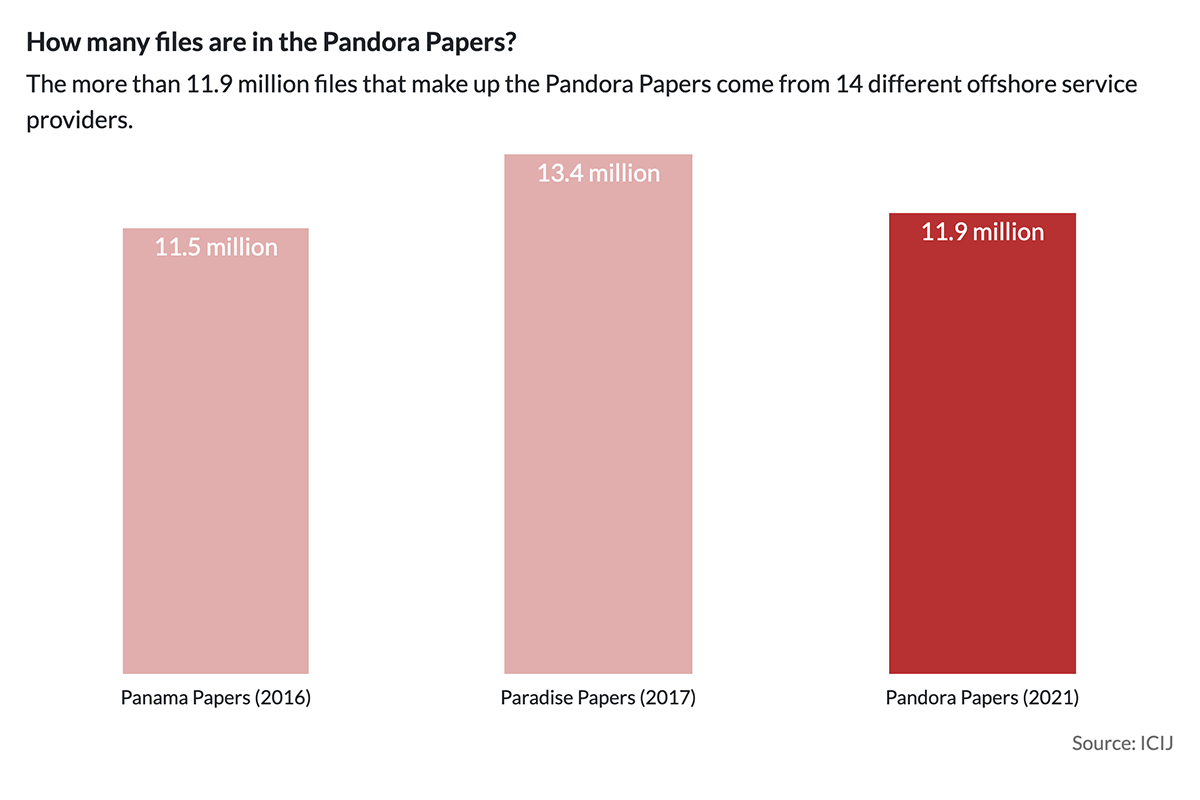 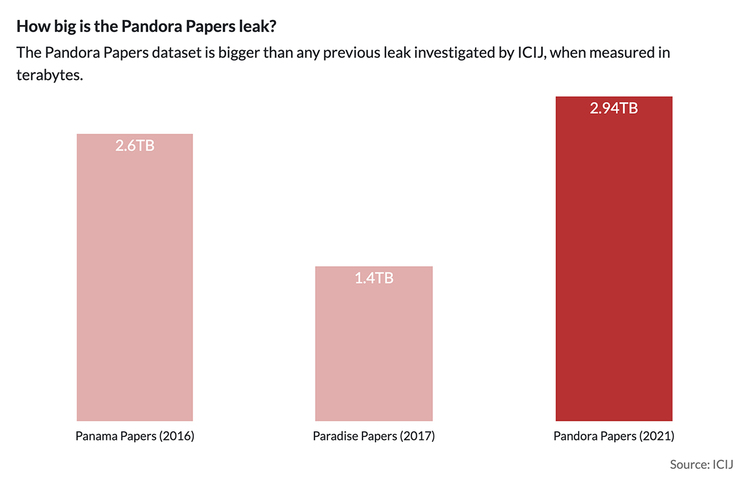 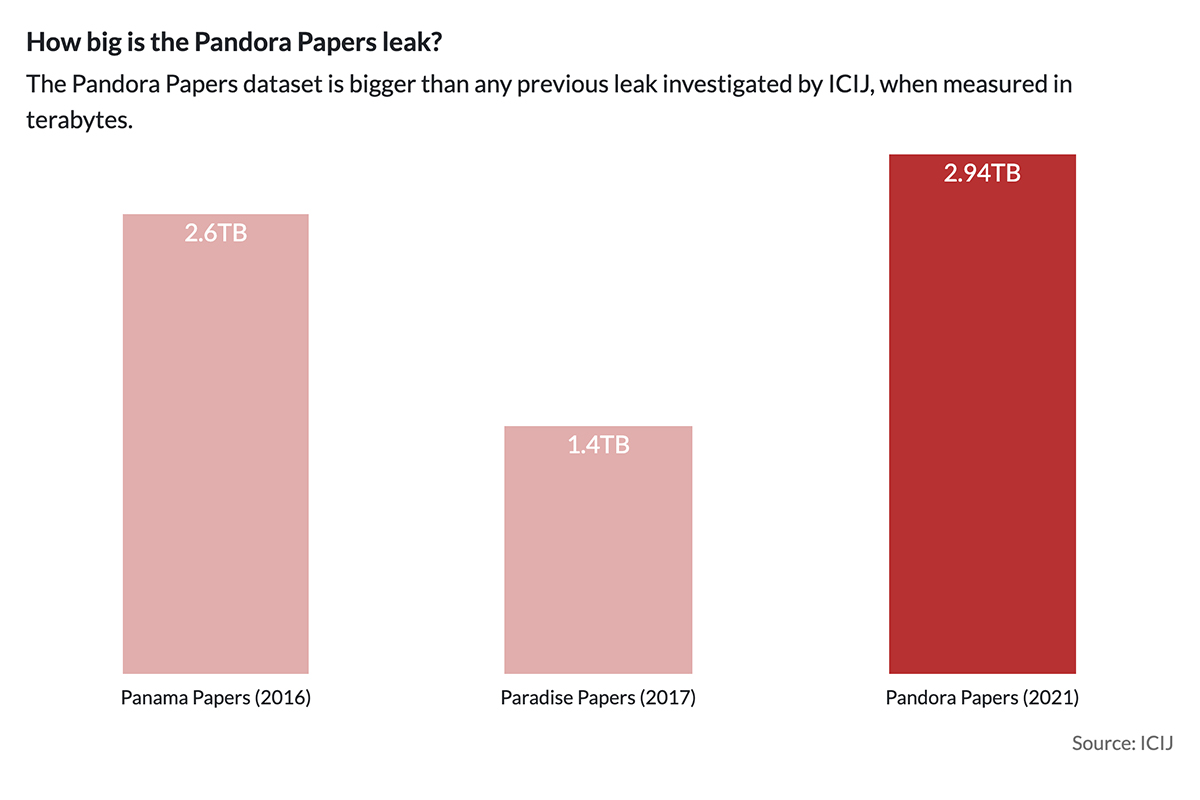 What is “offshore,” and why should I care?

The offshore system is a key part of our globalized economy. For decades, an army of lawyers, accountants, and advisers has helped corporations and the world’s rich stash their money in low-tax jurisdictions with opaque disclosure laws. Estimates put the amount of money in offshores in the trillions of dollars. But this system is also exploited by organized crime groups, and is also increasingly being used by corrupt leaders to stash their own ill-gotten gains abroad. Tax avoidance alone is estimated to cost the world’s poorest countries $200 billion a year — far in excess of what they receive in development assistance. 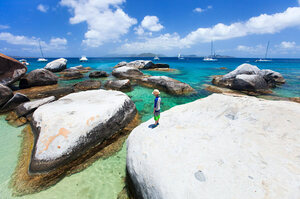 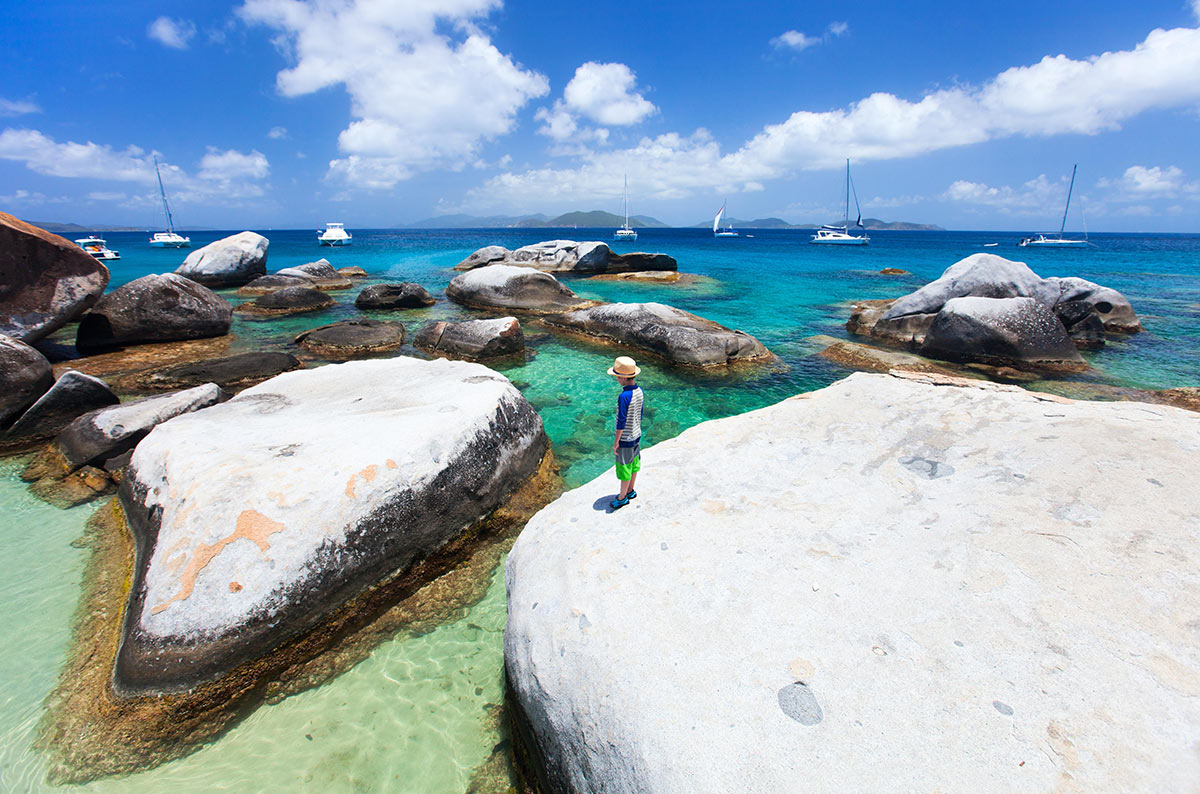 Increasingly, the offshore industry is extending beyond palm-fringed Caribbean islands into major commercial hubs such as London, New York, and Dubai. The British capital in particular has seen a huge influx of cash into its luxury real estate sector from other offshore hubs, while U.K.-registered shell companies are frequently used in corruption schemes and by criminal enterprises. One growing offshore destination detailed in the leak is about as far as you can get from a tropical island: the landlocked U.S. state of South Dakota. 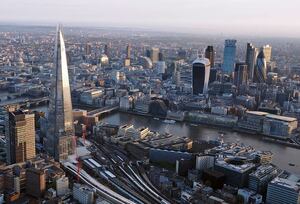 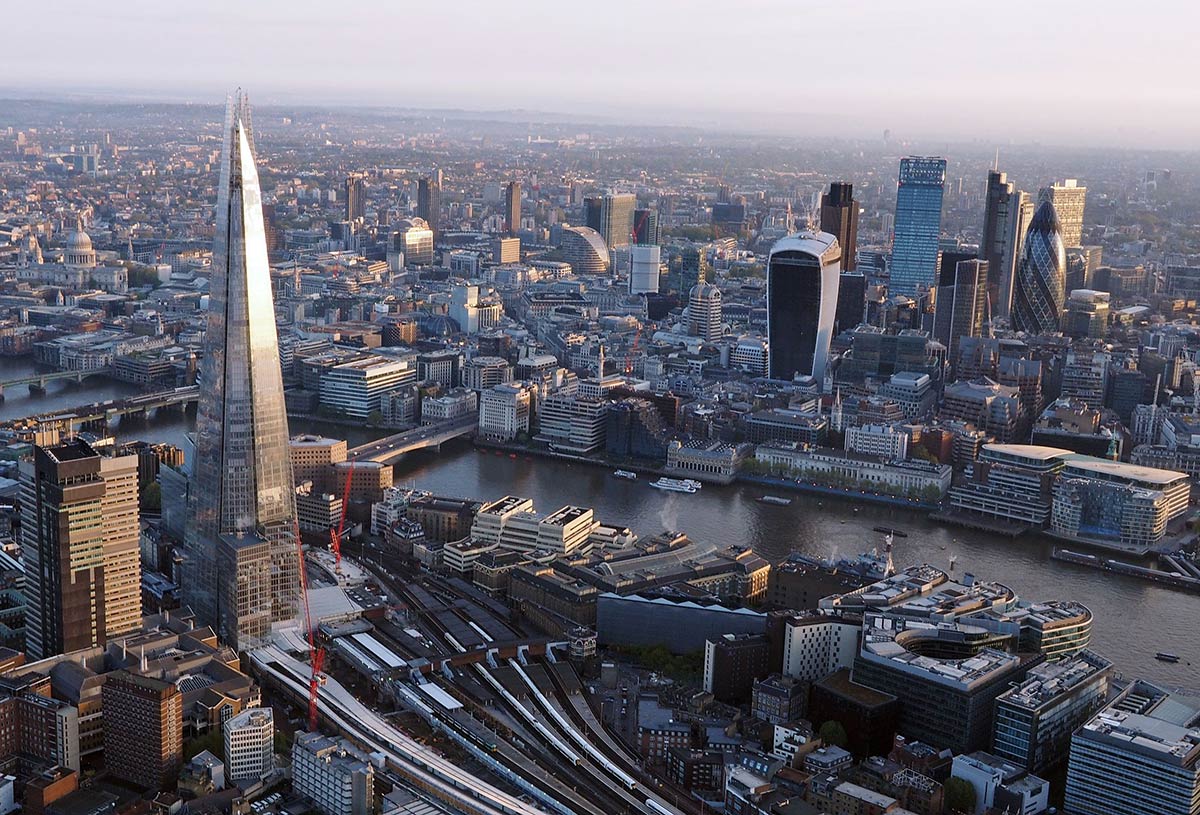 The offshore industry allows its clients to build astoundingly complex webs of ownership that are often nearly impossible to unravel. This doesn’t just starve developing countries of much-needed revenue, but also hurts developed countries by pushing up the price of real estate, enabling political corruption, and even spurring the growth of illiberal political movements.

“The risks posed by anonymous companies are too high to justify that they continue to operate in such secretive environments,” said Maira Martini, an expert in illicit financial flows at Transparency International.

Corporate service providers are professionals such as lawyers, accountants, or independent trust companies that help their clients create and administer companies and other legal entities. They usually offer a wide range of services, from incorporating shell companies to acting as directors and shareholders. They are in effect the gatekeepers of the global financial system, often helping build complex corporate networks that make it more difficult for authorities to track flows of money.

The second-largest tranche (2.19 million files) is from the Panamanian law firm Alemán, Cordero, Galindo & Lee, also known as Alcogal, which created and maintained anonymous entities for nearly half of the politicians whose names appear in the Pandora Papers, according to an ICIJ analysis. Its clients include the king of Jordan, the president of Ecuador, and the ruling family of Kenya.

Who appears in the Pandora Papers data?

The data contains a who’s who of business people, politicians, and others close to wealth and power, including 35 current and former national leaders and 130 people on the Forbes list of billionaires.

Merely appearing in the data is not a sign of wrongdoing. OCCRP’s stories focus on cases in which government officials and those close to them have been involved in dealings that may have been illegal, unethical, or against the public interest. 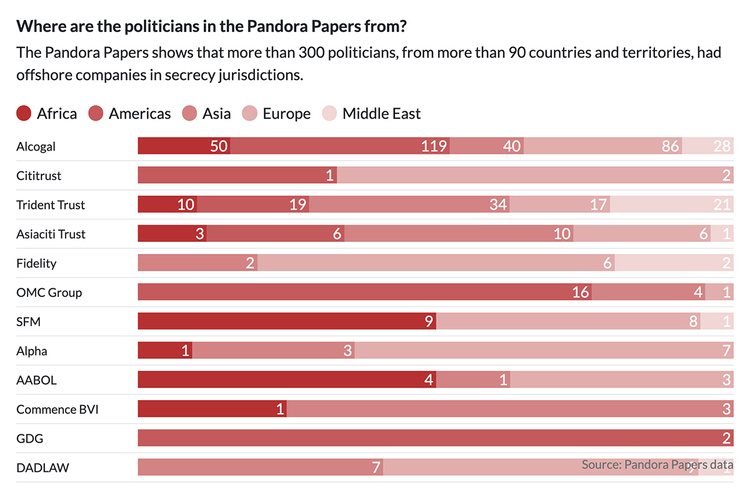 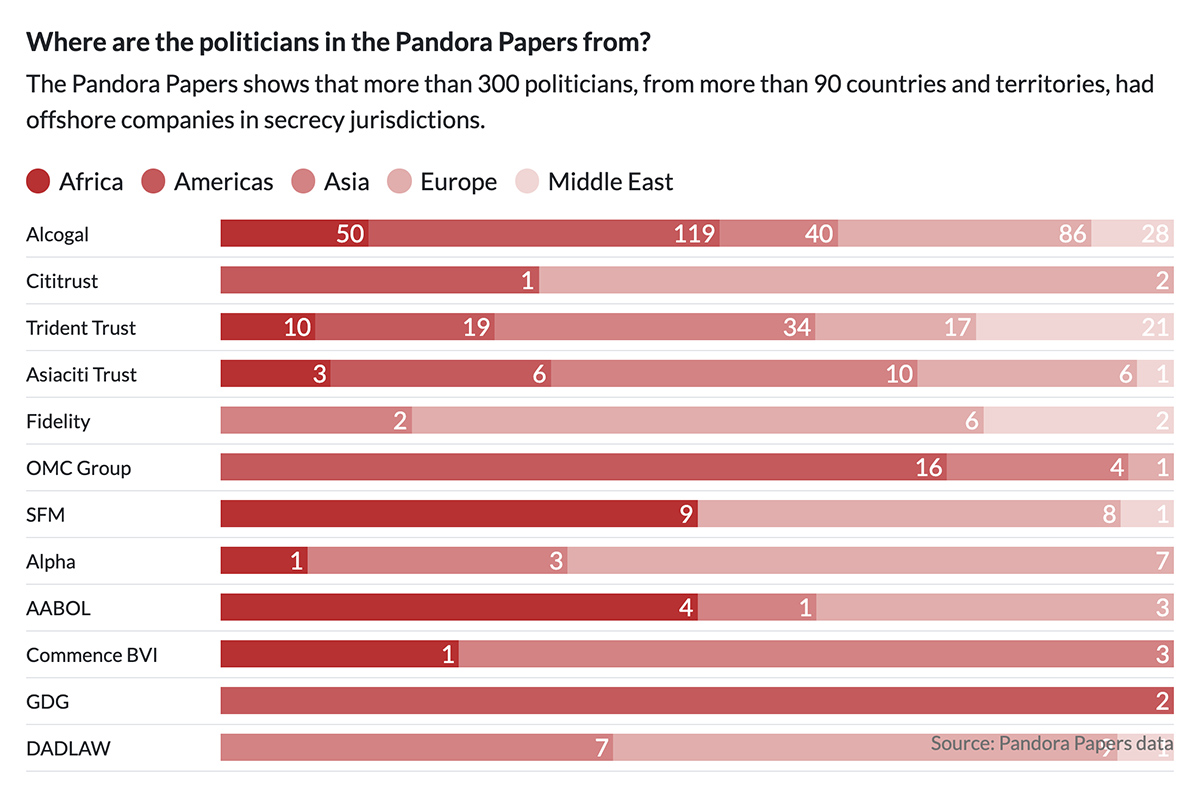 What are offshore companies used for? Are they always bad?

Offshores entities have plenty of uses that are perfectly legal — even if their benefits for the broader public are debatable. Corporations use them to minimize tax, avoid cumbersome regulations, or protect themselves from corrupt legal systems where their assets may be under threat. Rich people may use them to protect inheritances, or to ensure their interests in the event of an expensive divorce. Some also argue that offshores help protect the safety of people in countries where kidnapping for ransom is rife.

However, offshores also facilitate crime and corruption, including financing for extremist groups and disinformation campaigns. While in the past a dirty official may have struggled to hide their ill-gotten funds, sophisticated offshore structures allow illicit money to be moved abroad and hidden with ease. Over the years, OCCRP has exposed multiple massive operations for laundering dirty cash — known as “laundromats” — connected to corrupt elites in countries such as Russia and Azerbaijan. Such schemes usually use layers of offshores and proxy owners in order to obscure their operations and the source of their money.

What is a “politically exposed person?”

A “politically exposed person” (PEP) is someone who has been entrusted with a prominent public function, such as a member of parliament, a minister, an ambassador, or a judge, or an immediate family member of such a person.

Because of their positions, which put them close to public funds, PEPs are considered at higher risk of money laundering. Financial institutions and service providers like the ones in the Pandora Papers leak typically claim that they subject PEPs to greater scrutiny before acting on their behalf. But the leak shows that, in practice, service providers often have no qualms about helping such clients hide their wealth using sophisticated offshore structures.

What can we do about all this? Are there any prospects for reforming the offshore system?

Offshore jurisdictions allow people to hide who really controls companies and money. Faced with a growing tide of criticism, dozens of countries have brought in registries listing the so-called beneficial owners of companies and other entities. However, there remain major gaps in the system, as many jurisdictions only require major shareholders or certain types of companies to provide such information.

“It should not be possible to incorporate a company or create a trust without providing information about the real natural persons in control and benefitting from it,” said Martini of TI.

Even when information on beneficial owners is required, many countries also don’t adequately check the veracity of this information, or don’t make ownership data publicly available. “If you’re based in Zambia or… Papua New Guinea, and you need to act, you still need to have access to information,” said Etter-Phoya of the Tax Justice Network. “Unless it’s public, or unless you’re able to access it through the automatic exchange of information, [then it’s] not useful.”

These include the U.S., which as the controller of the dollar has a unique power to impose its will on the global banking system. The country has also been loath to sign up to global transparency standards and still remains one of the world’s “largest providers of financial secrecy,” Etter-Phoya said.

Susan Hawley, from the U.K.-based nonprofit Spotlight on Corruption, said legal service providers also needed to be better regulated to stop them acting as “professional enablers” for criminals through franchises and subsidiaries.

“Big law firms set up subsidiaries in offshore jurisdictions and, like the big accountancy firms, are protected by franchising liability mechanisms: They can deny all responsibility in their headquarters,” said Hawley. “There needs to be robust regulatory action to police these boundaries, this activity carried out on the edges of what is legal.”

Martini, from Transparency International, said corporate service providers should also be better regulated, including being subject to anti-money laundering obligations and stricter due diligence requirements.

“In key financial centres, like the U.S., Switzerland and Australia, many of these professionals have no anti-money laundering obligations whatsoever. In countries where such obligations are in place, what we have seen is very weak implementation and enforcement,” she said.