Robert Sorin Negoiță, a former member of Romania’s parliament and now a high-ranking municipal official, has been connected to at least four investigations into tax fraud and money laundering, but has never been charged.

Negoiță and his brother are connected to a network of secretive offshore companies seemingly set up to funnel money into Romanian real estate. From 2012 to 2014, Negoiță’s office allegedly diverted public funds intended for the upkeep of properties around Bucharest into the offshores.

A powerful local official in the Romanian capital of Bucharest has been entangled in tax fraud and corruption investigations for more than a decade, stretching back to his time as a member of parliament, yet has never faced trial.

Now, leaked corporate data and prosecution files obtained by OCCRP shed light on the business schemes that may yet land the influential politician, Robert Negoiță, in hot water with Romanian authorities.

The confidential prosecutor’s report strongly suggests Negoiță and his brother hijacked public funds that were distributed by Negoiță’s mayoral office between 2012 and 2014. More than 83 million euros of building maintenance funds were disbursed, and more than half ended up flowing into a network of offshore companies linked to the Negoiță family, the report says.

Documents from the Pandora Papers — nearly 12 million documents from 14 offshore corporate service providers, leaked to the International Consortium of Investigative Journalists and shared with media partners around the world — for the first time reveal the details of that offshore network.

Negoiță and his brother Ionuț owned six companies in the British Virgin Islands (BVI) which in turn held nine registered in Cyprus. These companies were used to move millions of euros — some allegedly from the public funds paid out by Negoiță’s mayoral office — into Romanian firms involved in building and managing property.

Reporters sent questions about the allegations to Negoiță via WhatsApp. He replied: “I have nothing to do with this.”

Negoiță, a wealthy businessman with a portfolio of residential properties and hotels, has been mayor of Bucharest’s Sector 3 since 2012, and before that was a member of Parliament for four years. His brother Ionuț previously told Romanian media the siblings started off in the rug business in the late 1990s, selling carpets they brought from Belgium by van. 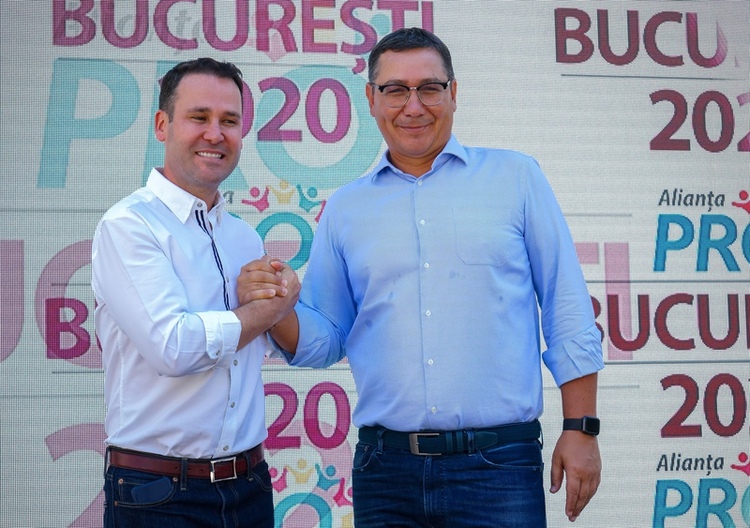 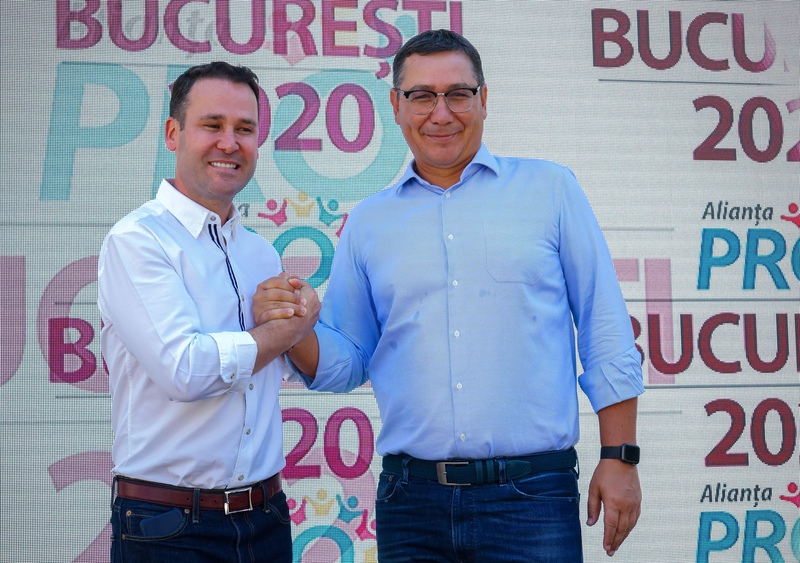 From Carpets to Offshores

If carpets offered a modest entry point into business for the brothers, they were later involved in more lucrative plays, using highly complex financial arrangements.

Pandora Papers documents indicate that, by the 2010s, they had set up a series of offshore companies with the help of Cypriot law firm Demetrios A. Demetriades LLC and its affiliated companies, collectively known as Dadlaw.

From April 2010, Dadlaw registered 15 companies in the BVI and Cyprus for the Negoițăs. Leaked internal files, correspondence, and share transfer agreements show that six BVI companies were held by the Negoiță brothers, their father, or one of their associates until at least 2017, and likely beyond.

Such details were unavailable to the public at the time, since both BVI and Cyprus were tax havens notorious for their secrecy laws.

Dadlaw did not respond to a request for comment.

In the course of a year spent trawling through the 11.9 million documents in the Pandora Papers leak, reporters found evidence that the Negoiță brothers had an extensive offshore network.

Two agreements, both dated Feb. 11, 2011, set up companies in the BVI called Starlake Holdings and Amberwood Services. The shares of both were technically to be held by Dadlaw, but the documents show that the real beneficiaries were Ionuț and Robert Negoiță. They each controlled 50 percent of the companies.

BVI laws offer anonymity to all company owners, but Robert Negoiță is even further obscured by being listed as an “Undisclosed Beneficiary” of the companies. Ionuț is described as the “Named Beneficiary.”

A variety of other corporate documents name Ionuț Negoiță as the beneficial owner of another four BVI companies. In letters to banks, draft share transfer agreements, declarations of trusts, and confirmations of company incorporations, Ionut appears time and again as the owner of BVI shells set up by Dadlaw. Despite this, the Romanian prosecutor’s report claims that Robert Negoiță coordinated the offshore network.

A leaked document from Dadlaw sets out the Negoiță BVI company holdings. Some of the companies, including Starlake and Amberwood, were later moved into the name of the brothers’ father, Ilie Negoiță.

Reporters found nine companies in Cyprus that were owned by the BVI network. One of those has since been dissolved, two remain held by a Negoiță BVI company, and the other six have been transferred to Cypriot companies run by a lawyer with a Romanian name but Cypriot citizenship.

he Cypriot companies are themselves shareholders in more than 20 Romanian firms, several of which are known to be owned by the Negoițăs.

Another document by Romanian prosecutors corroborates the connection between at least five of the Cypriot companies and the Negoiță brothers. The document indicates that at least some of the public funds disbursed by Negoiță’s mayoral office ended up in the offshore network, with some then cycled back to Romania.

Some of the other Romanian Negoiță companies had also been subcontracted to carry out the building maintenance works paid for by the mayor’s office, despite the glaring conflict of interest in this arrangement.

The prosecutor documents describe the movement of money between the offshores and Romania as a “shuttle” operation running from 2012 to 2014. The document says the public funds for building maintenance had been “embezzled,” and claims at least 800,000 euros sent to the offshore network were withdrawn in cash.

Corporate records from Cyprus show that since 2010, at least 33 million euros was transferred into the Cypriot companies in various loan arrangements — transfers that were sometimes made by Ionuț.

Pandora Papers documents show that the Cypriot companies moved over 30 million euros into the Negoiță family’s companies in Romania. The files also indicate Ionuț Negoiță loaned over 17 million euros to some of the network companies in both Cyprus and BVI. The origin of the funds is unknown.

Susan Hawley, Executive Director of the U.K.-based nonprofit Spotlight on Corruption, said that loans between offshore companies linked to the same people can raise suspicions of possible money laundering or other evasion.

Such schemes often “involve multiple complex transactions through different jurisdictions and between different companies to disguise where money came from. It gives a veneer of legal legitimacy,” Hawley said.

OCCRP and RISE reporters found that money from both the offshore network and the diverted public upkeep funds distributed by the mayoral office appears to have been invested in property in Romania.

Reporters found over 20 Romanian companies connected to the BVI-Cyprus network that built apartment blocks or had property holdings in and around Bucharest. Pandora Papers documents show some of these companies received funds from the network: One of the Cypriot companies, Maxday Holdings, loaned more than 11 million euros to three Romanian firms that built a number of apartment buildings in Bucharest and nearby cities.

Negoiță’s mayoral office granted one of these Romanian companies a building permit just three months after it was acquired by the Negoiță brothers’ offshore network.

In general, companies linked to the network had no trouble securing permits to construct condominiums or apartment blocks. Yet a court ruling revealed that an official report into a fire at one of the residences in 2012 had found dangerous shortcomings in the building, including a lack of fire detectors and extinguishers. Romanian media reported that 640 people were affected by the blaze, with some of them moved to hotels owned by the Negoiță brothers.

Owners of apartments in one of the Negoiță buildings also complained to RISE/OCCRP about the property management company, owned by the Negoiță offshore network, asking them to pay inflated bills and fees.

“When we saw the apartment, the agents told us that it cost 46,500 euros. Then we found out that the real price is 48,000 euros. It’s like paying VAT two times,” said one resident, who requested anonymity because he feared retaliation. He also complained of being overcharged for utilities like water.

In 2019 prosecutors charged Ionuț Negoiță and some of the Romanian companies in the network with tax evasion. The case is ongoing.

Despite his brother’s troubles, Robert Negoiță has never been charged or gone on trial over the scandal, and continues to profit from his real estate holdings via some unlikely clients. 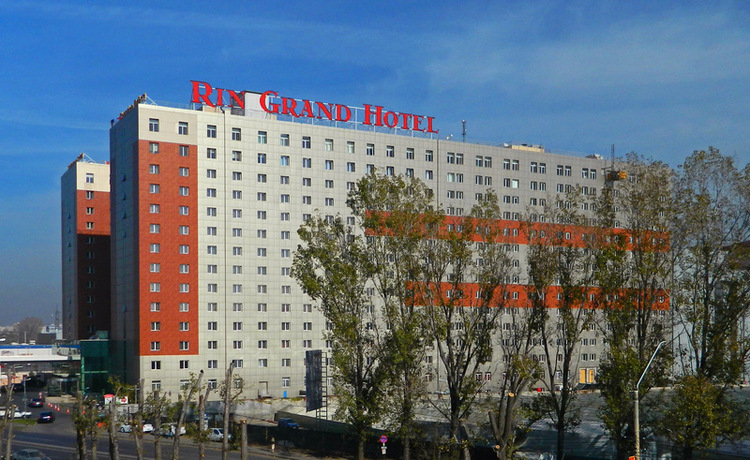 In October 2019, Romania’s National Direction of Anti Corruption — while running an investigation into Negoiță’s scheme — organized a three-day workshop on investigating fraud and corruption. It was held at the RIN Grand Hotel in Bucharest, owned by the Negoiță family.

The press office of the National Direction of Anti-Corruption said that the location for the event was selected and paid for “in compliance with the legal provisions in force.”

The hotel bill was covered by a grant of over 73,000 euros from the European Commission, through the European Anti-Fraud Office.