Ukrainian oligarch Dmytro Firtash siphoned off more than $190 million of state loans his bank received in the wake of the global financial crisis, part of which he ploughed into a deal to privatize a titanium manufacturing company, according to leaked documents.

Bank filings and details from a criminal investigation seen by OCCRP show how emergency funds from the National Bank of Ukraine (NBU) were immediately shifted from Firtash’s Nadra Bank to private companies he controlled, crippling the bank while enriching the tycoon.

A leaked Suspicious Activity Report (SAR) filed to the United States Treasury shows Firtash transferred more than $80 million of the state loans to other companies in his business empire between 2010 and 2011.

Police and court documents allege he also siphoned off around $110 million from the final installment of the state bailout, as Ukraine was wracked by economic and political turmoil following the ouster of President Viktor Yanukovych in early 2014.

That money was allegedly earmarked for Firtash to buy a stake in a metals manufacturer which supplies the military, but was then secretly siphoned off to his other companies. The director of the metals company who was accused of helping him was acquitted in 2019, pending appeal.

Firtash’s holding company denied all of the allegations, while the NBU did not respond to multiple requests for comment.

The investigation is based on more than 2,100 secret bank reports filed to the U.S. Treasury Department’s intelligence unit, the Financial Crimes Enforcement Network, other documents and dozens of interviews. 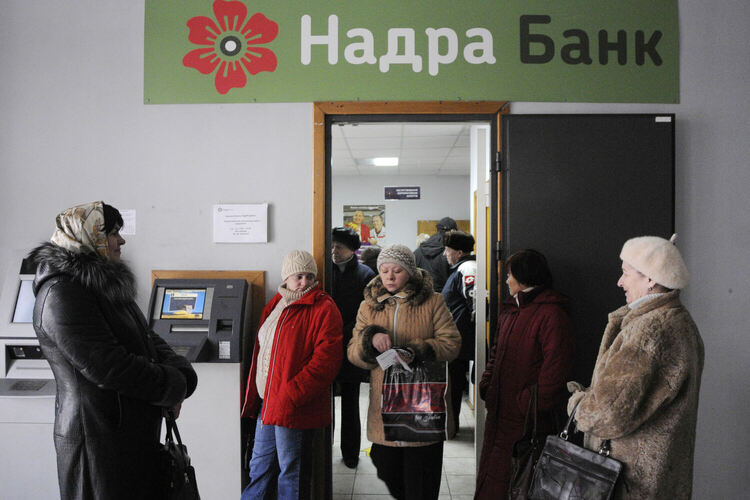 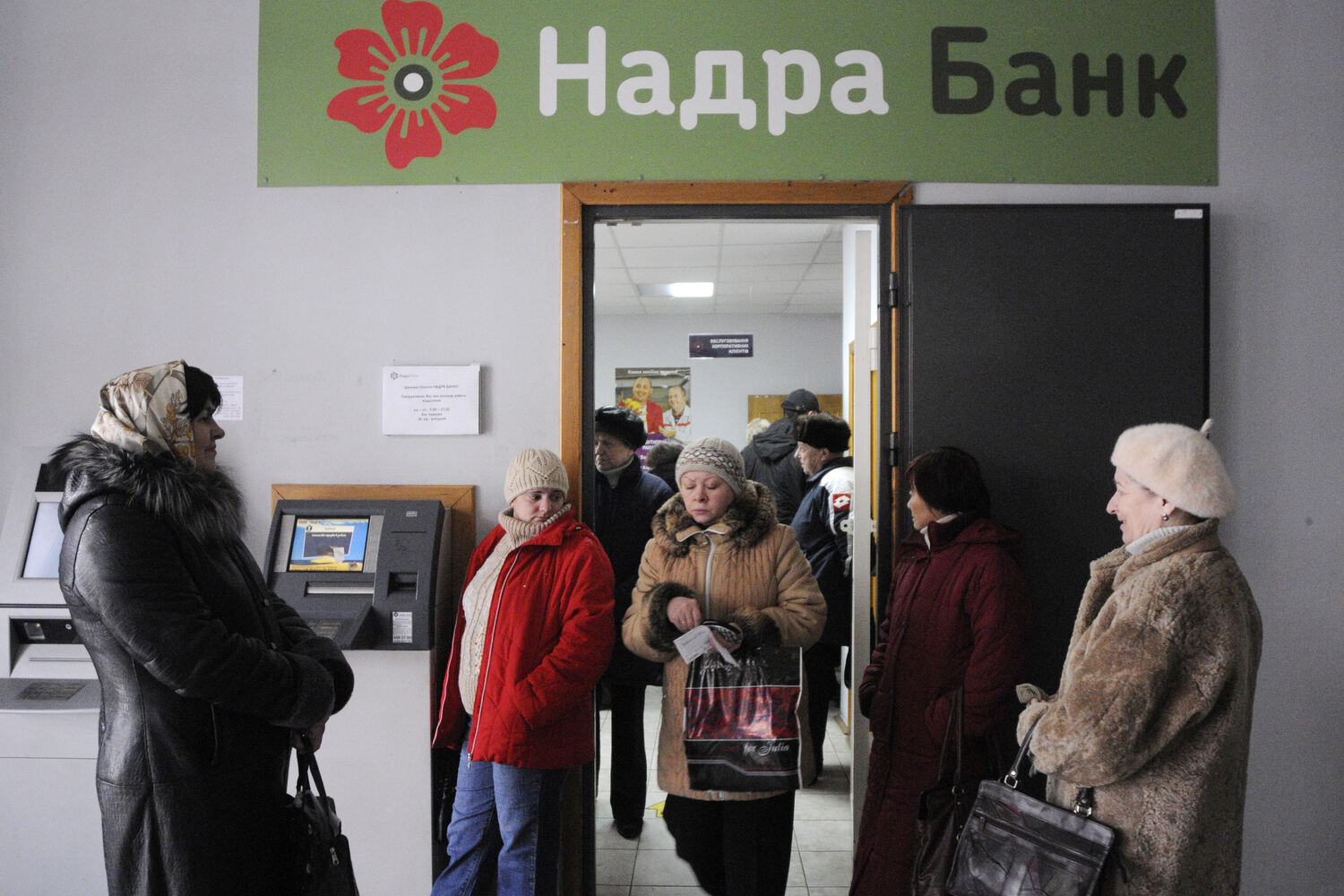 Credit: AP Photo/Sergei Chuzavkov Ukranians queue at a Nadra Bank office in Kyiv during the depths of the financial crisis.

On the morning of April 17, 2014, a personal assistant of Ivan Fursin, an MP who then headed parliament’s sub-committee on banking, financial monitoring and anti-money laundering, emailed Yanukovych’s former chief of staff Serhii Lovochkin. The message was brief: “From Ivan Gennadievich [Fursin] for Serhii Vladimirovich [Lovochkin].”

Attached was an NBU decree dated that morning for a loan of 2.5 billion Ukrainian hryvnias (around $199 million at the time) to Nadra Bank, ostensibly intended to “prevent a deterioration of the bank’s liquidity and to defend the interests of its depositors and creditors.”

It was the last of five emergency loans Nadra Bank had received since the onset of the global financial crisis in 2008. The NBU stepped in to take over managing the bank the following year when it was on the brink of collapse and loaned it a total of almost $1.5 billion to keep it afloat. Three of those payments were made in 2014, several years after Firtash took over the bank. It would be declared bankrupt less than a year later.

At the time of the email, neither Lovochkin nor Fursin had a role with Bank Nadra that would explain why they were sent a confidential loan document fresh off the press. But Lovochkin and Fursin were already partners with Firtash in Ukraine’s notoriously murky gas sector when the oligarch took over Nadra Bank. Lovochkin was well versed in insider deals after plotting with U.S. lobbyist Paul Manafort to rig Ukraine’s largest telecommunications privatization deal.

Lovochkin had also stepped in when Firtash was arrested at the behest of the U.S. over bribery claims related to a deal to mine titanium in India in March 2014. He got involved after the oligarch was detained in Vienna, unsuccessfully pushing to get him immunity if he testified before U.S. Congress and even editing his press interviews. 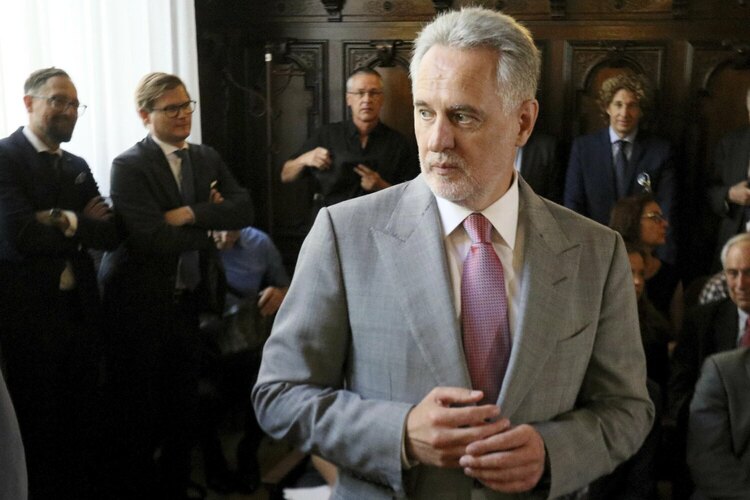 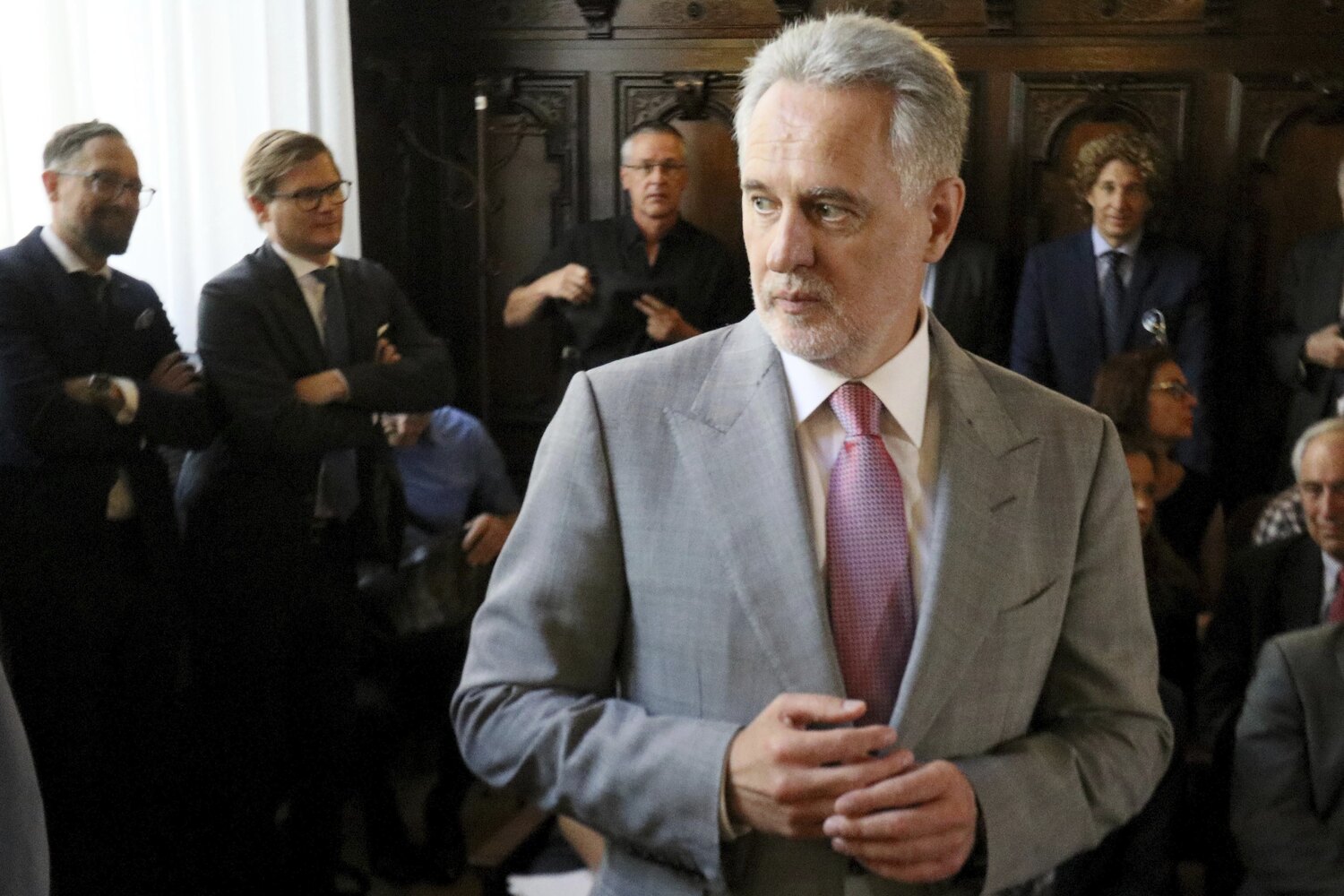 Credit: AP Photo/Ronald Zak Dmytro Firtash waits for the start of his trial at the Austrian supreme court in Vienna in 2019.

Leaked bank filings show Firtash’s arrest triggered alarm in the world of finance. A FinCen report from May 27, 2014, referenced 14 SARs related to the oligarch, describing how he appeared to be using “multiple shell companies and nominees to launder money in and through the United States and internationally under the guise of investing in legitimate business ventures.” It also alleged Firtash had “strong connections to Eastern European organized crime.” Among other links, Firtash’s wife had been the business partner of Semion Mogilevich, the notorious Russian mobster who has long topped the FBI’s most wanted list.

But the Ukrainian oligarch appeared unfazed by the bribery investigation or the turmoil it triggered. On the contrary, just months later Firtash used the NBU’s emergency loans to Nadra Bank to finance an insider titanium deal, anti-corruption police and prosecutors allege.

Details of a Ukrainian police investigation and lawsuit seen by OCCRP show that on June 16, 2014 — two months after Bank Nadra received the final tranche of state money — it loaned almost $110 million to a Firtash-controlled Ukrainian company, TOV Sintez Resurs. Sintez Resurs then sent the money to a Cypriot firm also controlled by the oligarch, Diago Enterprises Limited. Diago banked at Latvia’s Trasta Komercbanka, where Lovochkin and Fursin held a blocking stake. 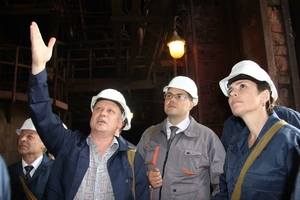 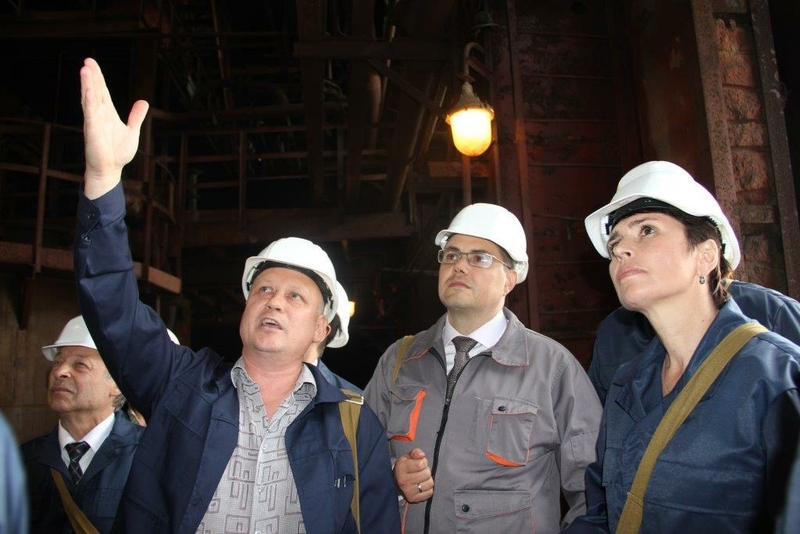 Credit: Group DF ZTMC chief Volodymyr Syvak (center) was found not guilty of diverting investment funds from the company. The case is under appeal.

The money was then allegedly used as part of a complex scheme to partly privatize Ukraine’s Zaporizhia Titanium & Magnesium Plant (ZTMC), a strategically significant company as Europe’s only producer of titanium sponge — a porous form of the metal used in military aircraft, satellites, and missiles.

Lovochkin was the head of Ukraine’s presidential administration at the time Firtash clinched the privatization deal in November 2013 under favorable terms. Although the tycoon only bought a minority stake of 49 percent by pledging to invest $110 million in the plant, meaning the state nominally retained control of the company, Firtash was given free rein to install his own team of friendly managers.

But instead of investing the funds required under the terms of the deal, police and court documents allege ZTMC’s management diverted the money back to Firtash-controlled entities. These included TOV Sintez Resurs, which then used the funds to repay the loan to Bank Nadra in December 2014.

In 2018, a Ukrainian court found that Firtash had failed to fulfill the conditions of the privatization deal, and ordered his stake in ZMTC to be returned to the state. The following year the director of the company was found not guilty of diverting the investment funds. Both decisions are under appeal. In June, Ukraine’s government regained control over ZMTC by appointing its own acting management.

Lovochkin did not respond to a request for comment.

Fursin denied ever emailing Lovochkin about Nadra Bank or lobbying the NBU to issue a loan to Nadra Bank. He also denied any impropriety in Nadra Bank’s loan to Sintez Resurs, which he said “cannot be considered as a loan to a related person” and was “not drawn from the funds sent by the NBU under the stabilization loan.” 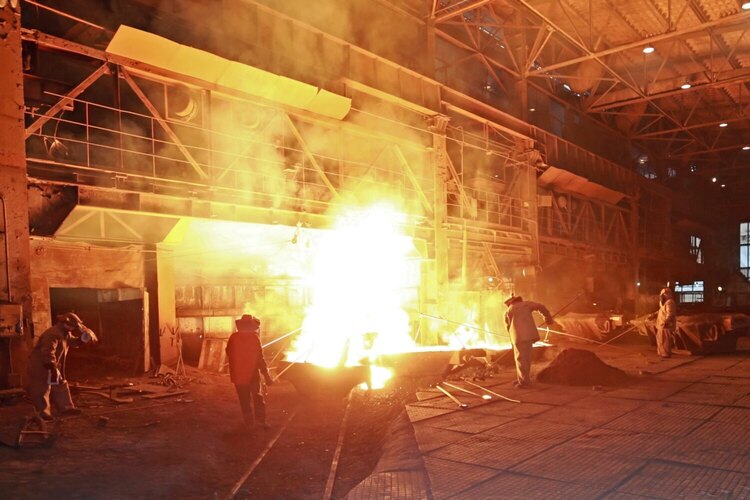 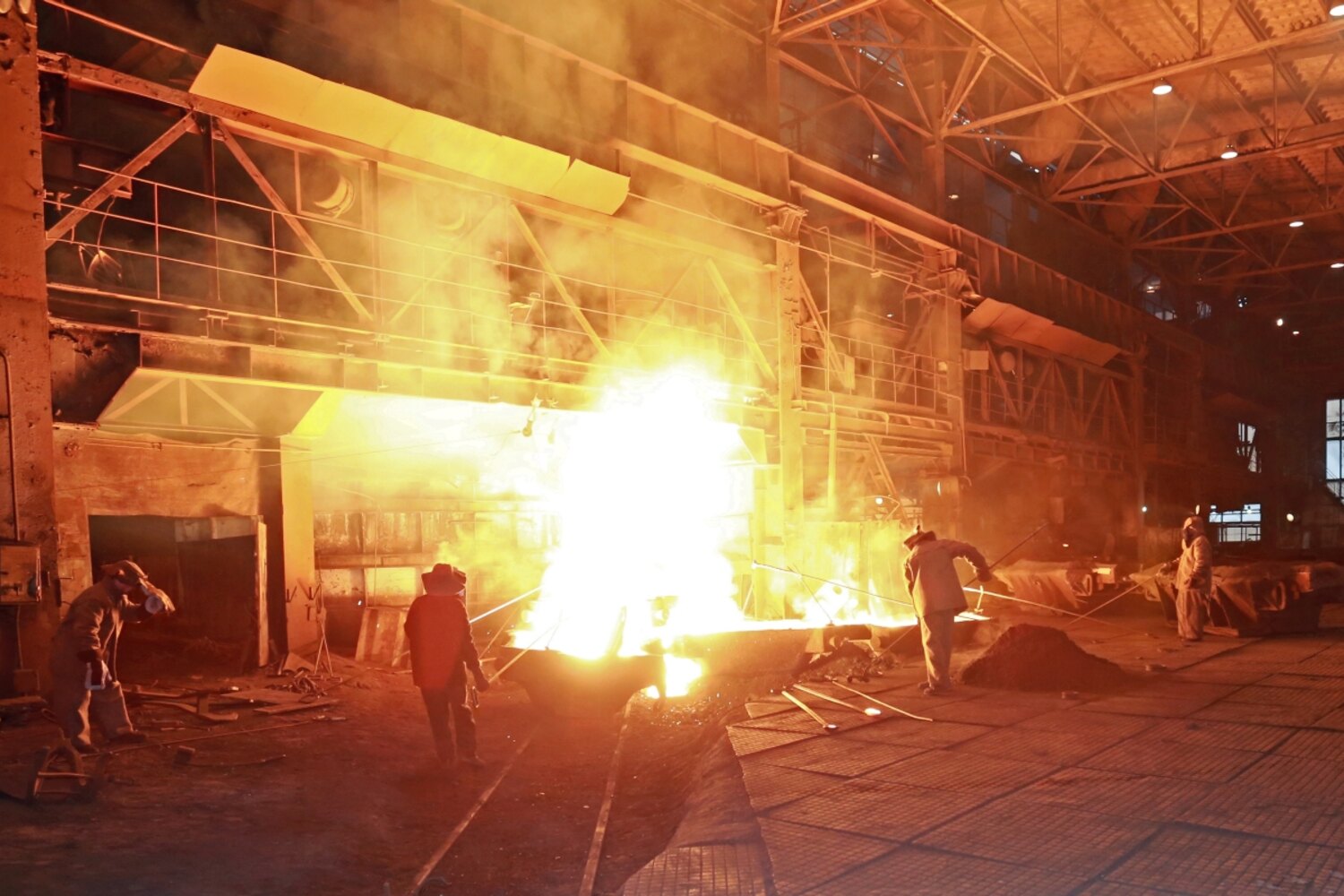 Credit: Group DF An image of a ZTMC factory posted alongside an interview with ZTMC chief executive Volodymyr Syvak on Group DF’s website.

‘Not a Kopek’ Repaid

But the ZTMC deal was not the only time Firtash appears to have misused NBU loans.

A SAR filed by Standard Chartered Bank after Firtash was arrested in Vienna says that between August 2010 and February 2011, another $80.5 million the NBU loaned to Bank Nadra was also immediately moved to companies connected to the oligarch. Although he only formally took over Bank Nadra in May 2011, the analysts say the transactions indicate Firtash “most likely had already been exercising control of Nadra in 2010.”

“SCBNY [Standard Chartered’s New York branch] suspects the possibility that the cash injections from NBU may have been embezzled by Firtash through assorted accounts at Nadra,” the bank analysts wrote.

Firtash’s holding company, Group DF, denied to OCCRP that Nadra Bank had received NBU funds during this period, arguing that it did not control the bank at the time.

Despite receiving almost $1.5 billion of state support, it was clear by the end of 2014 that Nadra Bank would not repay the loans it had received and its shareholders would not recapitalize it. The International Monetary Fund, which was offering Ukraine billions of dollars in loans conditional on sweeping reforms being implemented, began pushing for the NBU to close Nadra Bank along with other troubled lenders.

But a memo prepared by an aide for Lovochkin and Fursin took a different approach. The notes, written in preparation for a November meeting with Ukraine’s president at the time, Petro Poroshenko, to discuss Nadra Bank, suggested breaking with the IMF plan. It warned that if Nadra Bank were closed, all the NBU loans would be lost. 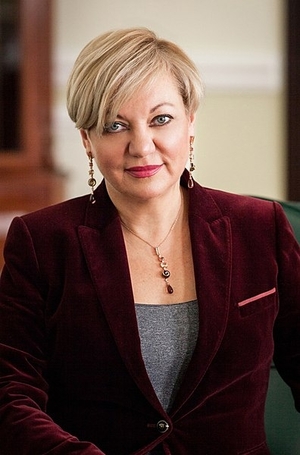 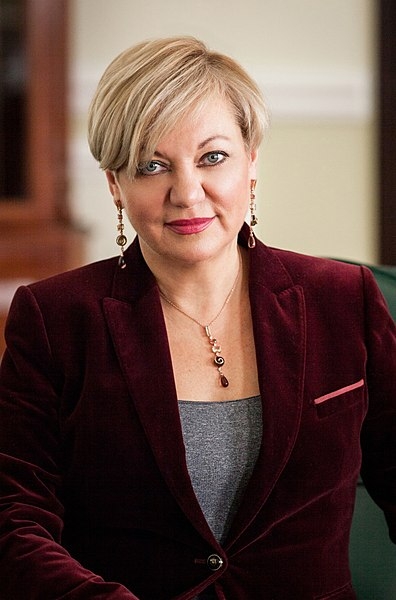 It also contained an implicit — and prophetic — threat aimed at the new reformist head of the NBU, Valeriya Gontareva: “In the final analysis, all the negative fallout from the problems/collapse of the banking system will not land with the oligarchs/bank owners, but on the head of the regulator i.e. Gontareva.”

When the NBU declared Nadra bankrupt on February 6, 2015, in line with the IMF’s guidelines, it was indeed Gontareva who took the blame — not just for Nadra’s demise, but for the many other undercapitalized Ukrainian banks closed under the conditions of the IMF loans. She eventually resigned after becoming the target of a vicious smear campaign and moved to London. As a parting shot, she named Bank Nadra as the single largest NBU debtor and denounced bankers such as Firtash for siphoning off stabilization loans.

“Not a kopek has yet been paid back to the National Bank of Ukraine,” she told parliament.

Ukraine’s national police began investigating Bank Nadra’s stabilization loans in December 2015, but no charges have been brought. Only $28.6 million, a fraction of the total that Nadra received, has been returned so far.

Ukraine’s Deposit Guarantee Fund, responsible for handling the deposits and loans of bankrupt banks, said: “We are currently analysing the circumstances leading to the bankruptcy of Nadra and the circle of related parties whose actions and inaction led to the bankruptcy.” The fund said it could not comment further because of banking secrecy laws.

Firtash, meanwhile, remains under house arrest in Austria pending a final decision on whether to extradite him to the U.S.