Vasil Bozhkov is quick to say he’s basically out of gambling. While that’s not true, it’s equally misleading to think of Bozhkov as just a casino owner. 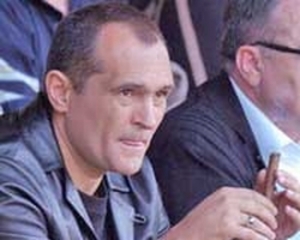 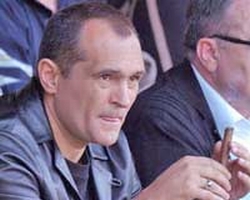 The head of a dozen casinos in Bulgaria and the majority shareholder of the country’s only private bookmaking shop, these days Bozhkov spends most of his time running a private conglomerate and the country’s largest construction company.

But his climb to the top of Bulgaria’s wealthiest, with a fortune several business magazines place at more than $1 billion, began 16 years ago with the IGM gambling group. Founded with two partners, Ilia Pavlov and Mladen, it become one of the most powerful and profitable owners of casinos and bet shops in Eastern Europe.

The partnership dissolved in a bitter feud and Pavlov went on to found Multigrup, a powerful rival. Pavlov was killed by an assassin’s bullet in 2004, and Mihalev went into hiding. Mihalev told a special session of Parliament - ringed with security inside and out because of death threats - that he would be killed if he came back to live in his homeland, but never said whom he was afraid of.

Bozhkov was never named as a suspect, and with his rivals gone, his business flourished. He also benefited from strong political connections.

One of his business partners, Kamen Vlahov, doubled as a member of Parliament and helped push through legislation that helped him become the only private bookmaking operation in the country. And he also has close ties with the National Movement government of former King and Prime Minister Simeon Saxe-Coburg-Gotha, raising hundreds of thousands of Euros for various political campaigns, according to several Bulgarian media reports.

In a December, 2007, interview with New Europe Weekly magazine, Bozhkov said his political connections and favored status are overplayed.

“I think the government (wanted) the help of expert decisions which are good for the market,’’ Bozhkov told the magazine.

An art lover said to have one of the largest private collections in the Balkans, Bozhkov once owned CSKA, Bulgaria’s largest football team and has shares in insurance, construction, energy, road building, tourism and other companies.

He fired his coach and sold his top players in 2006, complaining that the Bulgarian government was not giving the club enough financial support.

A few weeks later, according to the Independent of London in June 2006, after he was taunted repeatedly by fans, Bozhzok retaliated by shutting one end of the stadium and blocking them from the stadium. He sold his share in the club later.

Today Bozhkov concentrates mostly on running his own company, Nove Group, a conglomerate of financial, construction and infrastructure-building companies.

Sudi Ozkan, a Turkish-born businessmen with a string of casinos in the Balkans, the United States, Panama and St. Martin, where he currently lives, is generally regarded as the largest casino operator in Europe. 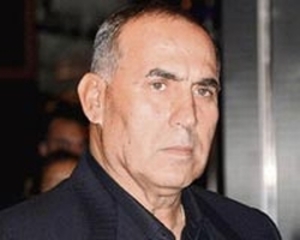 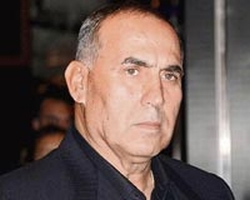 His Princess Hotel chain is the dominant gambling operation in the entire Balkans, with luxurious casinos in Bulgaria, Macedonia and Romania.

He owns six casinos in the region and has plans for at least three more, including a €100 million showpiece in Macedonia that is under construction. But his fortune, along with his first clash with authorities, began in Turkey.

Ozkan controlled the Turkish casino scene in the 1990s, making an estimated billion dollar fortune before the country banned casinos for religious reasons. But government records show that his reputation for making money had another facet; avoiding taxes.

Gaming commissioners in several countries, including Panama and Guyana in South America, have refused him licenses, but in each case he has appealed to political leaders and gotten them anyway.

That’s what happened in Bulgaria.

In December, 2006, the state Special Services issued a report outlining Ozkan’s history and concluding he wasn’t eligible for a casino license.

The head of the interior minister’s political cabinet, Alexander Petrov, who was also serving on the State Gambling Commission, got a copy of that report. Petrov and four other commissioners were supposedly responsible for making sure no one with criminal allegations in their background received licenses, according to government officials.

But the five-member commission issued the license anyway, without providing a reason.

In December 2006, the Prosecutor’s Office in Sofia announced an investigation and Petrov was suspended. Three months later, prosecutors closed the case because of a “lack of proof,’’ and Petrov returned to the gambling commission.

But four days later, Veselin Markov, the former chief of the Economic and Finance Security section of national security agency, signed an order issuing him a passport. Another investigation followed and Markov left the agency a month later. The case was closed because of a lack of evidence.

Ozkan got his passport. He and his son Enis held a press conference, saying they had nothing to do with national security agency, politics or criminal activity.

Born in Bacau, Romania, and now holding dual citizenship as an Israeli, Robinson was founder and director of companies that invested in casinos in Greece, Romania and Serbia, just part of his vast fortune. He resigned from the board of Queenco Leisure International Ltd. on May 26 during a public disupute with the company he helped found in 2002. 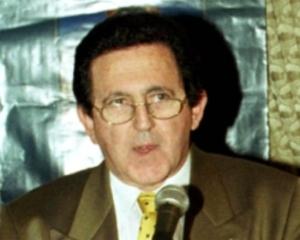 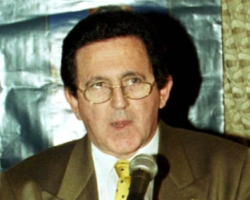 Last year Israeli police arrested Robinson for fraud, claiming he sold €1.1 million worth of marble from one of his companies to another controlled by Milomor Ltd. for €2.2 million, defrauding shareholders. The case is ongoing, and Robinson said in Israeli court filings that he did nothing wrong but that he took a financial beating during the recent worldwide real estate crash.

But he still has his casinos.

Romania is the base of his fortune. Every year since 1999, according to records kept by the ministry of finance, Robinson’s casinos in Bucharest and elsewhere in Romania have underpaid the amount of taxes they owe. The resulting fines and repayment total more than €1 million.

In 2000, Robinson was implicated in an offshore casino scam that investigators said had been designed as a tax dodge. A Romanian court agreed, and forced Robinson to pay in excess of €1 million.

His escapades have been chronicled in Israeli and Romanian media for years. He is free and fighting all allegations of fraud, or that he violated stock market rules by selling the marble from one company to another at an inflated price.

In October, 2008, Robinson asked the court for a delay in his case, claiming that any damage to Milomor, because of its “dominance’’ in real estate, could trigger a collapse of the entire sector, according to the Israeli news website Haaretz.com

While the court case continues, Robinson keeps running his casinos.

Romania has taken no action against his license.

Born in 1950 in Višegrad, Bosnia and Herzegovina (BiH), Milorad Majkić is the man behind the largest chain of slot parlors in Belgrade. The sparkling clubs are among the most glamorous in Serbia’s capital and are visible at nearly every major city intersection. 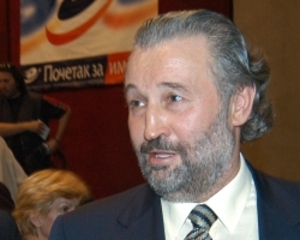 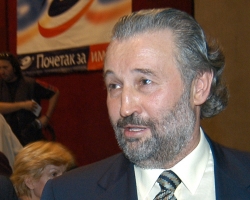 Majkić has had his share of controversy, including a series of arrests in the 1980s documented in media reports from BiH. A few years later he opened a few tailor shops in Serbia, but his rise in the gambling industry began when he met Đorđe Jablan in the Czech Republic in 1994.

Jablan, who ruled the gambling business in the former Yugoslavia, had a series of encounters with a Serbian thug, Željko Ražnatović. Six years later, Ražnatović, then known as Arkan, was indicted for war crimes.

Jablan decided to get out of the business, and sold to Majkić in 1994. Jablan transferred the gambling company Kin Stib to Majkić, according to company registry documents. Majkić also took over the rights to Jablan’s dormant casino in the Hotel Intercontinental, which had closed two years earlier.

Majkić tried repeatedly to open the casino, but was blocked at every step by state-owned Genex, which owned the Hotel Intercontinental.

Genex’s actions and some claims by Milorad Savićević, head of Genex, began a legal battle that lasted more than 10 years. Majkić never opened his casino, but he did win a $6 million judgment from Genex. He used that to begin his slot machine chain.

He has survived a few brushes with death, including a murder attempt in 1987 and a machine gun attack on his slots club in 1998. Majkić has also bragged in Serbian media about being an honorary consul to BiH for the Republic of Congo, which he said gives him diplomatic immunity.