Navigating Romania’s maze of casino operators and gambling halls – there are 700 slot machine parlors and 11 casinos in Bucharest alone – is a daunting task. Figuring out how it got that way is easy. 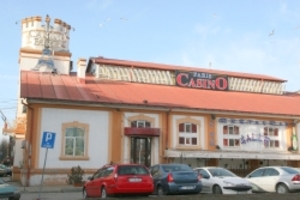 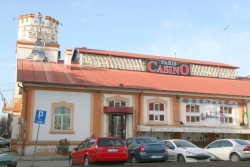 The country with the highest number of gambling houses in Eastern Europe puts no restrictions on those seeking to open one. That’s the reason why there are 24 full casinos in Romania and as many as 25,000 individual gaming houses, although even government officials said their records aren’t comprehensive enough for an exact total.

All someone needs is money for a license and rent for a hall. A criminal background is not a problem, because the license is issued in the name of corporations, not individuals. It is the same when it comes to a shaky financial history. Even if every owner or member of a company’s board of directors has an arrest record, which has happened, the license must be granted, according to government officials and state law.

Last year the state increased annual licensing fees to €40,000 for casinos operating roulette wheels, and an additional €27,000 for those operating dice or card games. Costs for companies operating outside Bucharest are less expensive and vary by region.

Romania has become one of the busiest gaming destinations in the Balkans, lax regulations and criticism from international observers aside. Operators from Israel, Italy, Turkey, Romania and Bulgaria have lined up to for a chance at the wide open market.

They include Turkey’s Sudi Ozkan, who operates casinos and resorts in nine countries, and controversial businessman Fredy Robinson, who was on the board of a company that operates casinos in Romania and was one of a group of companies that invested in Serbia’s only casino. Robinson was arrested last year on fraud charges. He resigned from the board of Queenco Leisure International Ltd. on May 26.

Those records also show widespread problems. Money laundering, a concern at casinos worldwide, is rampant in Romania, according to reports by international police agencies, the U.S. government and the European Union. The Romanian government has never successfully prosecuted a money laundering case involving a gambling hall, government records show.

A 2008 report on money laundering in Romania by the Council of Europe, a pro-democracy organization made up of 47 member states, pointed out that: “The small number of final criminal convictions is a serious impediment to the effectiveness of the overall system.” 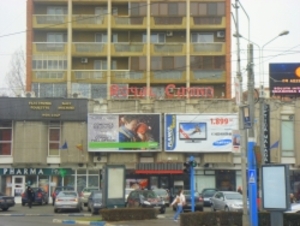 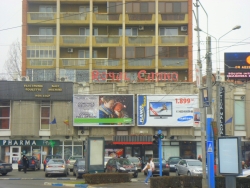 The problems aren’t confined to gambling club operators. A manager of Romania’s Anti-Money Laundering Office is under investigation for helping companies launder money.

The manager, whom Romanian officials declined to identify, is accused of failing for more than a year to file “suspicious transactions reports,’’ on casino transactions greater than €3,000, as required by law. He also faces potential felony charges for malfeasance of duties, according to the government.

In that environment, casinos routinely ignore the €3,000 reporting rule, the OCCRP found.

That’s in large part because employees, owners and managers of casinos and bet shops are indifferent to the problem, according to the Council of Europe report. “The low level of detection of money laundering,” it read, stems in part from “a reluctance to report.”

The violations by betting places are abundant.

In 2008, officials inspected 1,299 betting shops, slot parlors and casinos, about 6 percent of the estimated number in the country. Nearly two-thirds were found to be in violation of state regulations, but Romanian officials declined to release documents or information that was more detailed.

The 799 companies were fined about €750,000 – an average of less than €1,000 each. Criminal complaints were lodged against about 40 companies, but the Romanian Financial Guard also refused to make those public.

Of the country’s 24 legal casinos – offering blackjack, roulette, craps and other traditional casino games - eight are listed on the country’s “black list” of those who have repeatedly violated state regulations.

Ozkan had already built his fortune and made a reputation as the Casino King by the time he arrived in Romania in 1998. 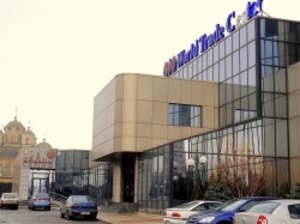 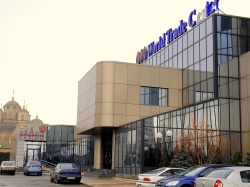 In Turkey, Ozkan’s Princess Hotel and casino chain dominated the industry, despite nearly constant clashes with national and local governments. When Turkey outlawed casinos in 1997 for religious reasons, Ozkan had been accused of diverting more than €400 to secret Swiss bank accounts in his daughter’s name.

The Turkish government said that Ozkan rigged the books to hide profits and avoid paying taxes. Last year, he paid €40 million, according to Turkish media, as part of a deal to return an undisclosed amount in back taxes.

With his Turkish operation closed down, he opened casinos in Romania and Bulgaria. Eventually his empire included hotels in Bulgaria, the Caribbean Islands, South America, Africa and Asia, but Bucharest remained his base.

Ozkan owns – through Miorita Co. and other companies he controls - three casinos in the center of Bucharest: Havana Princess Casino, King’s Casino and Princess Planet. They are the most successful casinos in the city’s crowded field.

Miorita has also run into problems with the Romanian treasury for not paying all casino taxes due to the state, according to the Romanian Financial Guard, an investigative agency.

And although his casinos were fined for not paying enough taxes during investigations in 2005 and 2008, no criminal allegations against Ozkan have ever been upheld.

Other casino operators thrive in the rural and suburban parts of Romania.

Since the casino opened in 2005, it has not reported one Euro in profit – and, therefore, not paid any taxes, according to financial ministry records. Yet Casino Senator shows no signs of poverty. Each year it organizes the largest poker tournament in Romania, with a prize pool of €100,000 Euros.

The company’s website says Casino Senator is run by the Abrusci investment group, but his name doesn’t show up in any public records connected to the company.

There is an Italian presence at two other Romanian casinos: Lido-Napoca and Paris, both in Constanta and both controlled by Michele Ligorio, of Sicily.

In 2006, the Financial Guard and the Romanian Anti-Organized Crime agency began investigating Paris and confiscated more than €100,000. The casino’s books showed it was losing money and it couldn’t explain where the cash came from.

Italian police and organized crime agents joined the investigation because of the company’s base in Sicily and its ongoing investigation there. Romanian authorities then accused Casino Paris of not paying about €250,000 in back taxes and suspended its license. But after several weeks, officials said they didn’t have enough evidence and returned the license.

In the end, the Romanian government kept the €100,000 it initially confiscated. And the Casino Paris kept its license.

Then last summer, Casino Paris lost its license after a series of violations, including charges that its own employees were lending money to customers, operating as loan sharks. The investigation died in part because the images that the casino’s security cameras recorded were supposedly so grainy they couldn’t pick up the transactions.