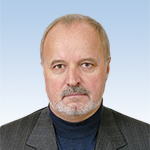 Anton Prygodskyy is a Ukrainian politician and businessman who was a member of parliament from 2006 until 2014. He is better known as a longtime hunting and golfing companion of deposed President Viktor Yanukovych, and earned a reputation as a behind-the-scenes operator in Yanukovych’s Party of Regions. After Yanukovych’s fall, Prygodskyy left the party and, along with his son, Vitaly, moved into business in Ukraine and the Russian-occupied regions of Crimea and Donbass.

According to records leaked from Malta’s company registry, Prygodskyy owns shares in two local companies: Ala Int. Limited and Tuc Limited, registered, respectively, in February 2011 and October 2013. According to financial reports, the companies were involved in building the Dutch-made luxury yacht Santa Maria T. Prygodskyy did not mention the companies in his wealth declarations to parliament.

Prygodskyy did not respond to multiple attempts to reach him for comment.