Meet The Businessmen and Global Brands That Got the Islands

The Maldives is a place where secrets can easily be hidden.

Until now, only a select group of bureaucrats and well-connected businessmen could clearly see the massive changes taking place in this archipelago nation, where public transparency is at a minimum.

That’s especially true of the corrupt reign of former tourism minister Ahmed Adeeb, who leased out over 50 islands and lagoons for tourism development without the public tenders the law normally requires. Tens of millions of dollars worth of these lease fees was then embezzled by Adeeb and his cronies.

In just 18 months in 2014 and 2015, Adeeb handed out enough leases to potentially increase the number of resorts in the Maldives by almost half.

For more on how the scheme worked, read the first story in the series.

Though Adeeb has since been imprisoned, Maldivians still have precious little idea of which local and international businessmen got the islands he distributed or what has been done with them. 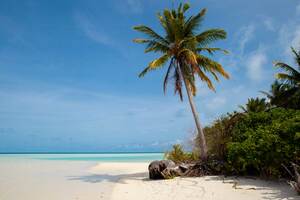 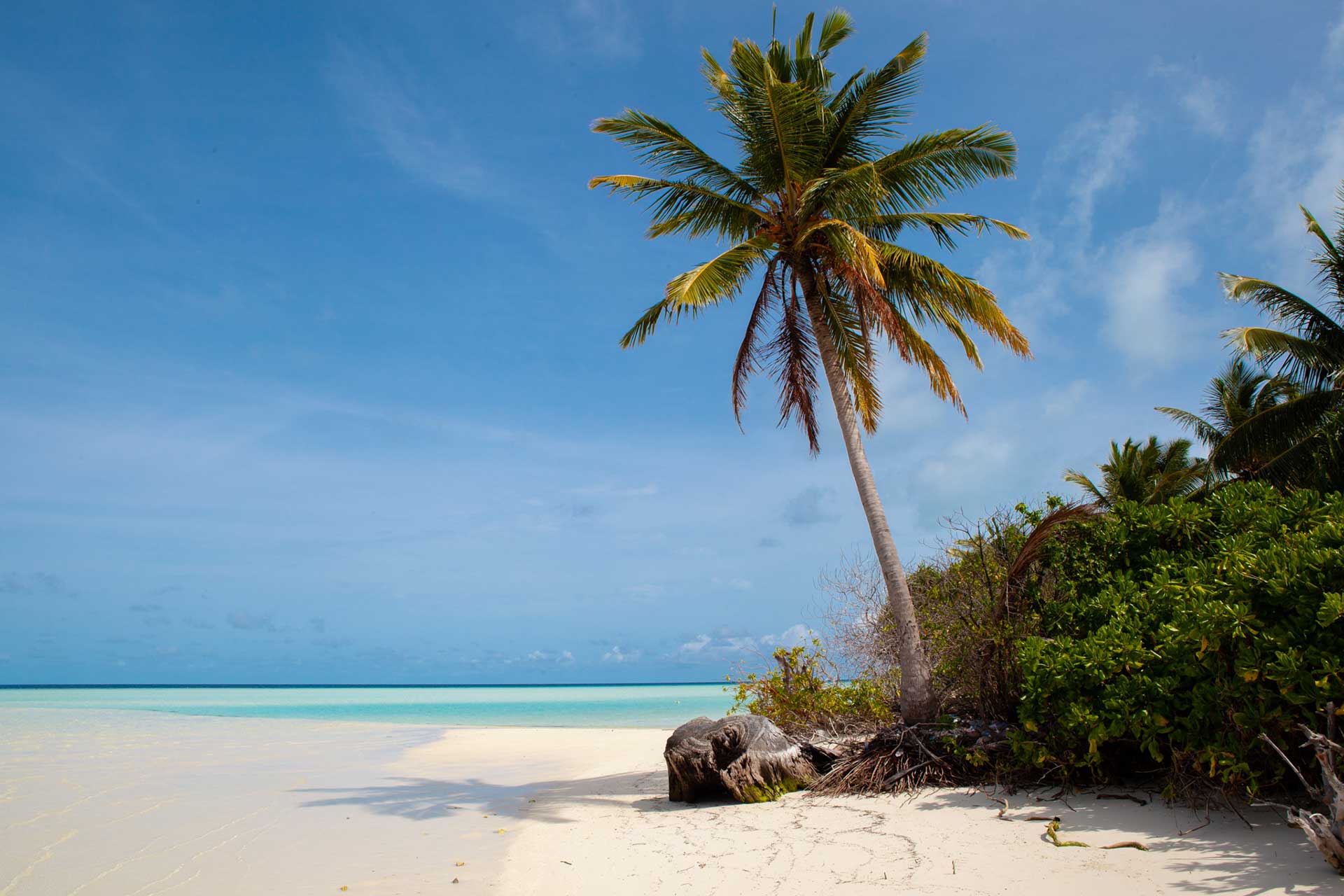 Reporters for the Organized Crime and Corruption Reporting Project (OCCRP) compared leaked documents with other publicly available information to trace, for the first time, who got the leases, how much they paid, and what has been built.

To navigate the map of deals yourself, click here.

They found that the islands largely went to established players in Maldives tourism, including both local conglomerates that have long dominated the sector and foreign companies with decades-long footholds in the country. Other, newer beneficiaries included Western, Asian, and Middle Eastern firms with interests in hospitality.

Many of these islands now host, or will host, major international hotel brands such as Waldorf Astoria, Robinson, and Meliá.

Read on to find out who benefitted.

In addition to Adeeb’s island leasing scheme, OCCRP reporters also uncovered what appears to be a shrewd legal method some developers used to legally gain no-bid leases by forming short-lived joint ventures with the government.

In his island-leasing scheme, former Tourism Minister Ahmed Adeeb got around the requirement to hold public tenders on the leases by using a state company to do the paperwork.

But these weren’t the only deals done during his term, which started years earlier.

In addition to the exemption for state companies, Maldivian law contained another notable exception to the public bid rule: one for joint ventures between the Maldives government and private investors.

Reporters found that at least 21 public-private joint ventures received islands during Adeeb’s time as tourism minister. Most appear to be perfectly legitimate.

At least four of these deals, however, seem to have used a loophole wherein the government’s stake was sold within years of the lease being obtained — and before a resort was even opened.

Niyaz Ibrahim, a former Maldivian auditor general who fled the country amid death threats in 2016, told reporters that these deals appear to have been “designed with the aim of avoiding [the public] bidding requirement.”

“Why doesn’t the government retain these shares and continue to earn profits from the project? Why should they sell those shares?”

The investors who benefitted from this arrangement were local tourist conglomerate Crown & Champa and its Swedish partner, Lars Petre. Together, they snapped up four islands in 2014 and 2015 in the remote Lhaviyani atoll via a joint venture, formed in 2014, called Champalars Holdings Pvt Ltd. The government owned 10 percent.

One of these islands opened as the Hurawalhi Island Resort on December 1, 2016, and two others are planned to open soon. It is unclear if any development has happened on the fourth island.

The government appears never to have had a chance to share in the profits. Company records show that the private partners bought out the government’s share on the same day the Hurawalhi resort opened.

Adeeb played a personal role in crafting the deal. Among the files recovered from the former tourism minister’s devices was a draft version of the agreement to create the Champalars joint venture. It contained a space for the minister to sign, as well as a clause giving the private investors the right of first refusal to buy the government’s shares.

Neither Crown & Champa nor Petre responded to questions sent by reporters. The Maldives Ministry of Finance and Ministry of Tourism also did not respond.

Most of the islands handed out under Adeeb’s tenure went to local companies that have dominated much of Maldivian tourism since the country got its first resorts in the 1970s. Many of these companies are headed by politically-connected members of the elite. These include:

Universal Enterprises: A diverse conglomerate headed by family patriarch Mohamed Umar Maniku, one of the first people to bring mass tourism to the Maldives in the 1970s. The family firm operates eight resorts under its Universal Resorts division. Leaked files show that members of the Maniku family and linked companies obtained three islands via no-bid deals.

Champa Brothers and Crown Company: These intertwined companies are among the biggest tourism operators in the Maldives. Between them, they own more than a dozen operational and forthcoming hotels and resorts, the majority via the Crown & Champa brand. Along with Swedish businessman Lars Petre, the companies obtained at least five questionable leases during Adeeb’s tenure, mostly via joint venture schemes with the government.

Ahmed Siyam Mohamed: Siyam is a member of parliament who heads the Maldives Development Alliance party, a coalition partner of President Abdulla Yameen. Under his umbrella company, Sun Siyam, he owns three current and one forthcoming resort in the Maldives, as well as a Sri Lankan hotel. The leaked files show Siyam’s companies obtained two no-bid leases during Adeeb’s term for a total of $500,000.

Also benefiting from the deals were foreign companies and businessmen with decades of experience in the Maldives, both on their own and with local partners. Among them:

Ong Beng Seng, Christina Ong — Hotel Properties Ltd. (HPL): Singapore-based billionaire Ong Beng Seng heads a company with a worldwide network of luxury apartments and hotels, including Singapore’s Hilton, Four Seasons, and Concorde hotels. The company has been in the Maldives since at least the turn of the century under brands including Four Seasons, Holiday Inn, and COMO (the latter founded by Ong’s wife, Christina Ong). The leaked files, including text messages and photos from Adeeb, show that the Ongs received two islands via no-bid deals. [Read the full story here]

Aitken Spence: A publicly-listed Sri Lankan conglomerate, headed by billionaire Harry Jayawardena, with interests including plantations, insurance, power stations, and tourism. Spence has been in tourism in the Maldives since the early 1990s, and currently operates five resorts in the country under the Adaaran brand. The company obtained two no-bid leases through Adeeb’s scheme. 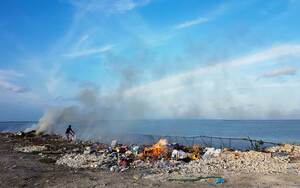 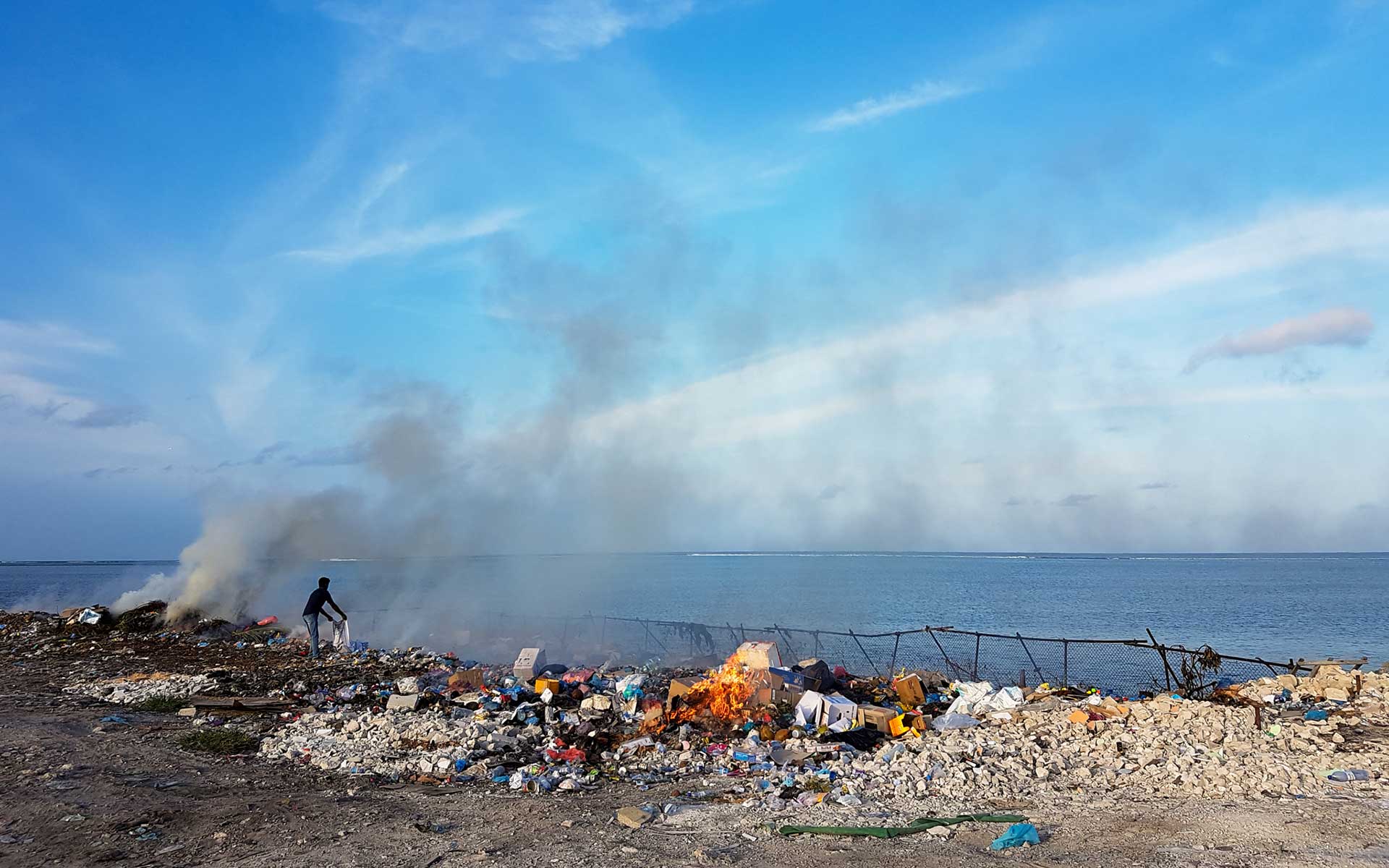 Credit: Sergiu Brega A man burns rubbish outside a settlement on the Maldives' Kaafu Atoll.

Soneva: This privately held company of husband and wife Sonu Shivdasani and Eva Malmstrom Shivdasani is a relatively small but long-standing and influential player in Maldivian tourism. The British-Swedish couple opened their first resort in 1995 and style themselves as pioneers of “castaway” style island resorts. The files show that the Shivdasanis obtained the island of Medhufaru and its surroundings, now the location of their Soneva Jani resort, via a no-bid contract in 2014.

Lars Petre: Swedish national Petre was a co-founder of the Kuredu Resort in Lhaviyani Atoll in the late 1980s, part of a long standing collaboration with local tourism brand Crown & Champa. Petre obtained five questionable leases in partnership with Crown & Champa during Adeeb’s tenure, mostly via joint ventures with the government.

Adeeb’s scheme also gave new players from around the world the opportunity to get their piece of the Maldives.

Many of the benefitting companies were Asian, including Sri Lankan conglomerate Lanka Orix Leasing Company (two islands and two lagoons) and Japan’s Belluna (one island, in tandem with Sri Lanka’s Asia Capital).

From the Middle East, Turkey’s Gürallar Group, the operators of Ali Bey Hotels & Resorts, got one island. Fettah Tamince, the founder of Turkey’s Rixos Hotels, also gained a stake in one lagoon. Another lagoon was snapped up by Mohammed Alshaali, a former minister in the United Arab Emirates. Qatar’s wealthy Al-Khayatt brothers are behind a massive Waldorf Astoria-branded resort project on an island to the southwest of Male.

Credit: Sergiu Brega A shipwreck off the Maldives’ Vaavu Atoll.

For tourists planning a trip to the Maldives, choosing a resort is often made easier if a well-known brand is involved. Reporters for OCCRP were able to find nine big brands with resorts either planned, under construction, or already operational on the islands. They are: 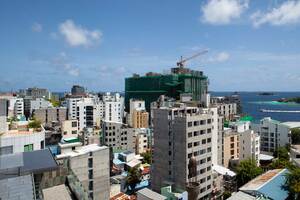 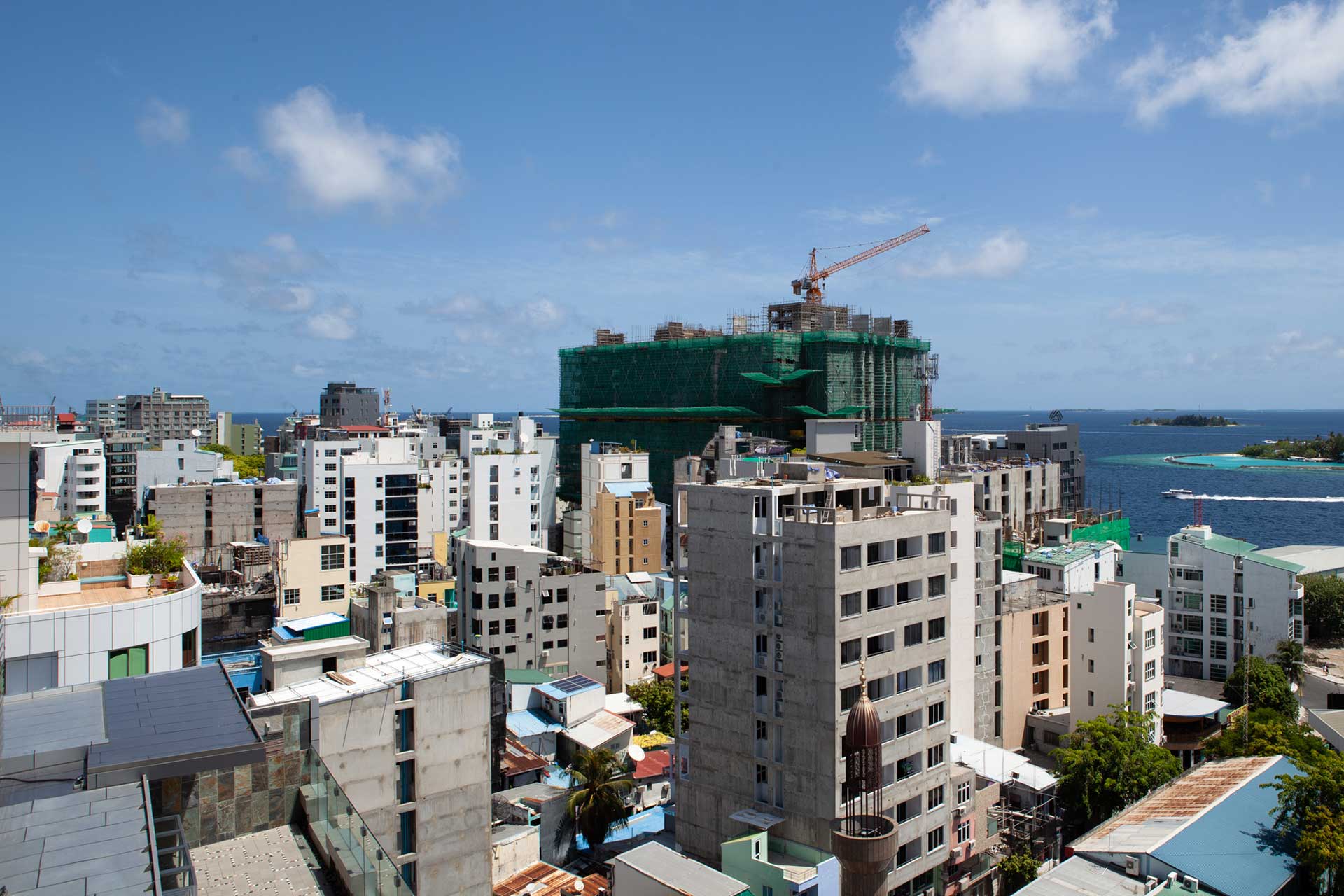 Credit: Aubrey Belford Construction in Male, capital of the Maldives.

“These days, all businesses talk about CSR [corporate social responsibility.] Even if you look at chocolate manufacturers, people expect to know the source of their chocolate bar. They want to know there was no child labor involved,” he said.

“The same principle is involved here. International tourism operators need to do due diligence before they get involved in these deals.”

Additional Reporting by Aisha Kehoe Down.