Even by the standards of the Maldives, Fohtheyo Bodufushi is heartbreakingly beautiful.

From above, the island resembles an elongated teardrop, its center a solid green of wild coconut palms surrounded by a necklace of alabaster sand.

From tip to toe, it’s just 1.3 kilometers long, and it sits alone in a lagoon of stained-glass turquoise. Its barrier reef is the Maldives’ easternmost point, where the archipelago gives way to the Indian Ocean.

For Ong Beng Seng, a billionaire hotelier and one of Singapore’s richest men, this spot presented an opportunity. Here, just 80 kilometers from the Maldivian capital of Male and its international airport, was a true, unspoiled, honest-to-God island paradise.

The price was reasonable, too: just US$ 5 million for a lease on the island. The deal even included a second island, Lavadhoo, for free.

Too bad the arrangement was likely illegal.

For more on how the scheme worked, read the first story.

Ong Beng Seng’s two leases stand out in extraordinary detail thanks to a cache of leaked files obtained by the Organized Crime and Corruption Reporting Project (OCCRP).

They show that the Singapore-based billionaire apparently showered Adeeb, his family, and Maldivian President Abdulla Yameen with stays at luxury hotels in Singapore and the Maldives at the very same time that his company, Hotels Properties Limited (HPL), was expressing interest in the islands. 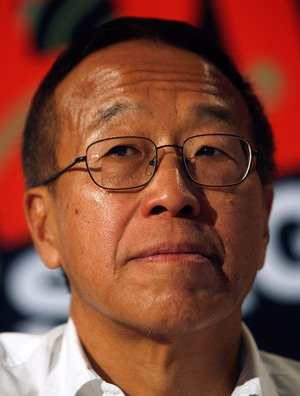 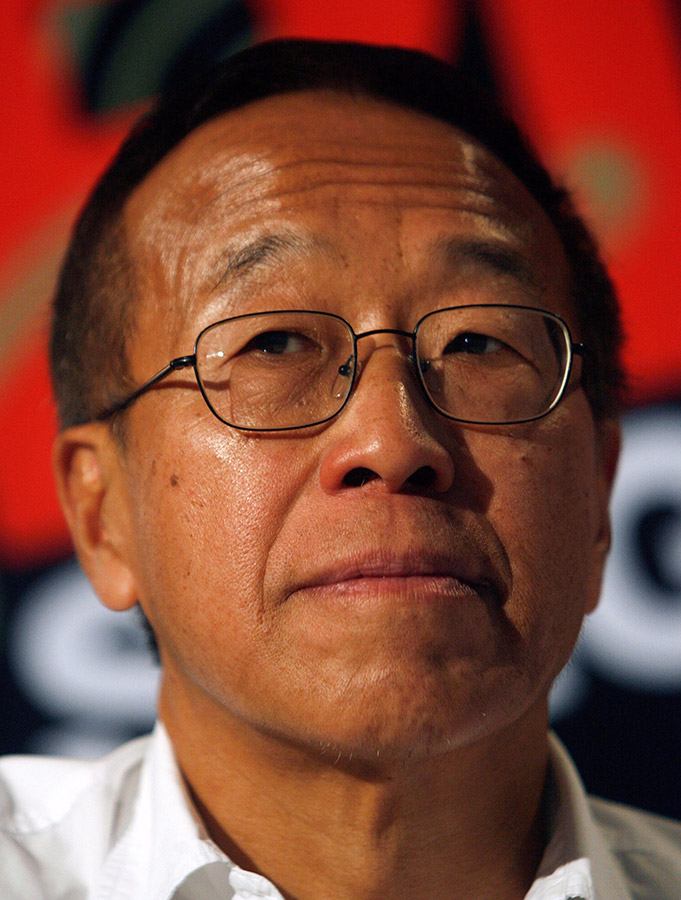 The documents show that Ong and another HPL executive apparently met personally with both Yameen and Adeeb at this time, and that the company dealt directly with the tourism minister when negotiating the deal. Completely sidestepped was a clear Maldivian legal requirement that island leases be given out via public tender. Ong and HPL have done business in the Maldives since at least the turn of the century, and currently operate eight resorts in the country under brands including Four Seasons and Holiday Inn. They were presumably aware of this legal requirement.

The files obtained by OCCRP include leaked text messages, time-stamped photographs, and even a receipt for the sale of Fohtheyo, all taken from Adeeb’s personal electronic devices.

Reporters were able to cross-reference Adeeb’s files with other documents that included an internal list of island leases from the country’s tourism ministry, as well as a bank account he and his associates used to embezzle the money paid for the islands.

The files allowed reporters to reconstruct, sometimes minute by minute, how the deal was put together. They show when the money was paid, and appear to show how it was then siphoned away by Adeeb and his companions.

“Pls B My Guests”

Ong’s two new islands were the latest in a long series of international deals for the businessman, whose global holdings include the Hilton, Four Seasons, and Concorde hotels in Singapore, as well as properties in countries as diverse as the United Kingdom, Tanzania, Thailand, and Bhutan. 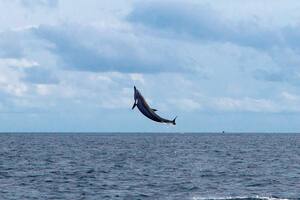 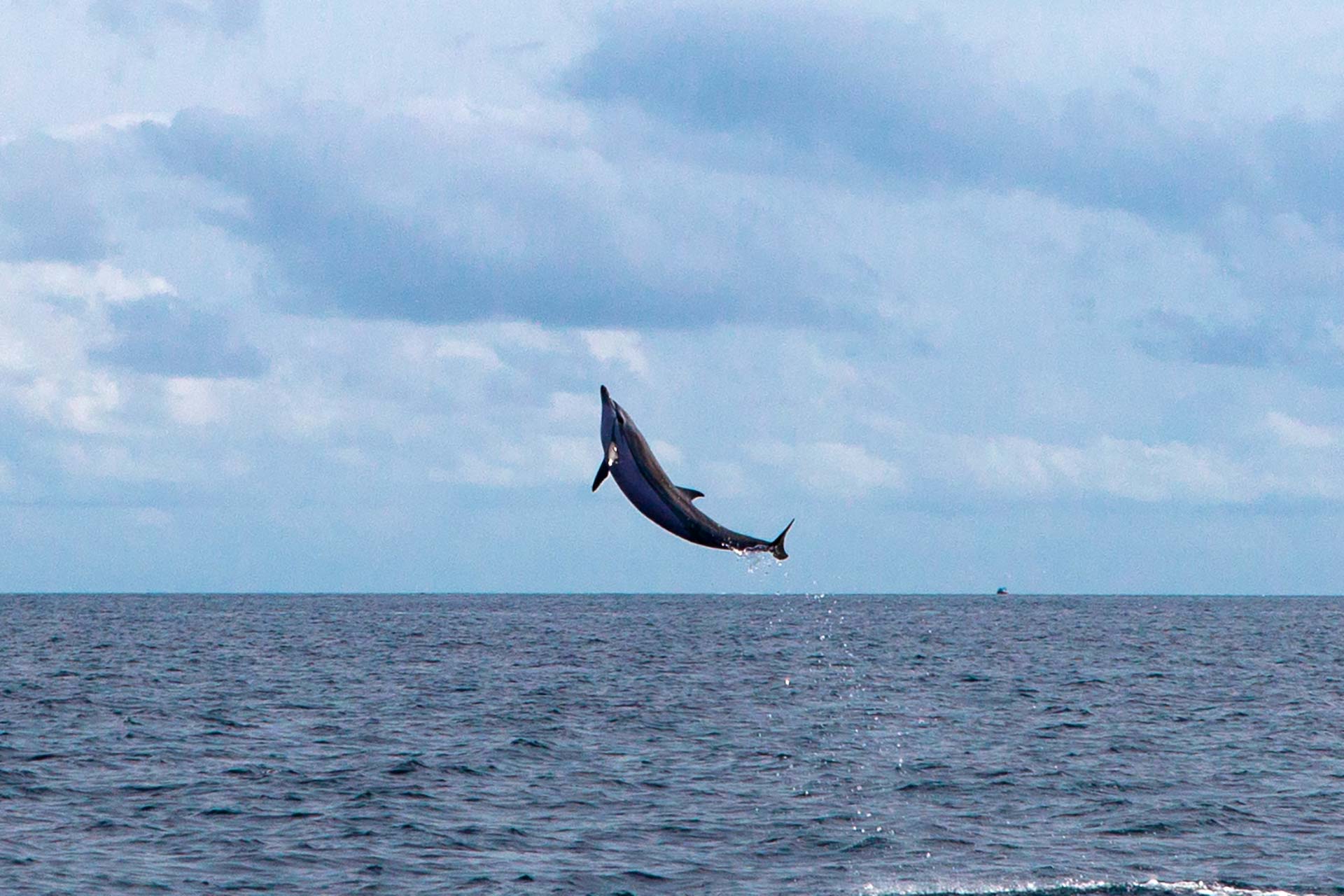 Credit: Aubrey Belford A dolphin leaps into the air near Fotheyo Bodufushi.

The newly leaked files reveal that his HPL obtained the leases to both Maldivian islands at roughly the same time in mid-2014, following at least two months of discussion with officials.

Records show that, as early as June 27, Adeeb spoke with Gan Kim Leng, a senior HPL executive, about potentially leasing Lavadhoo, a small island in the southern Maldives near the company’s COMO Maalifushi resort. The COMO brand is headed by Ong’s wife, Christina.

Almost three weeks later, Ong himself reached out to Adeeb, asking the tourism minister to come to Singapore. But first, Ong said, he was wondering if President Yameen and Adeeb would be interested in a stay at his Maalifushi resort.

It’s unclear from the files whether Yameen and Adeeb accepted the offer. But this would not be their only opportunity to enjoy Ong’s hospitality. 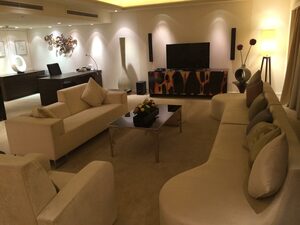 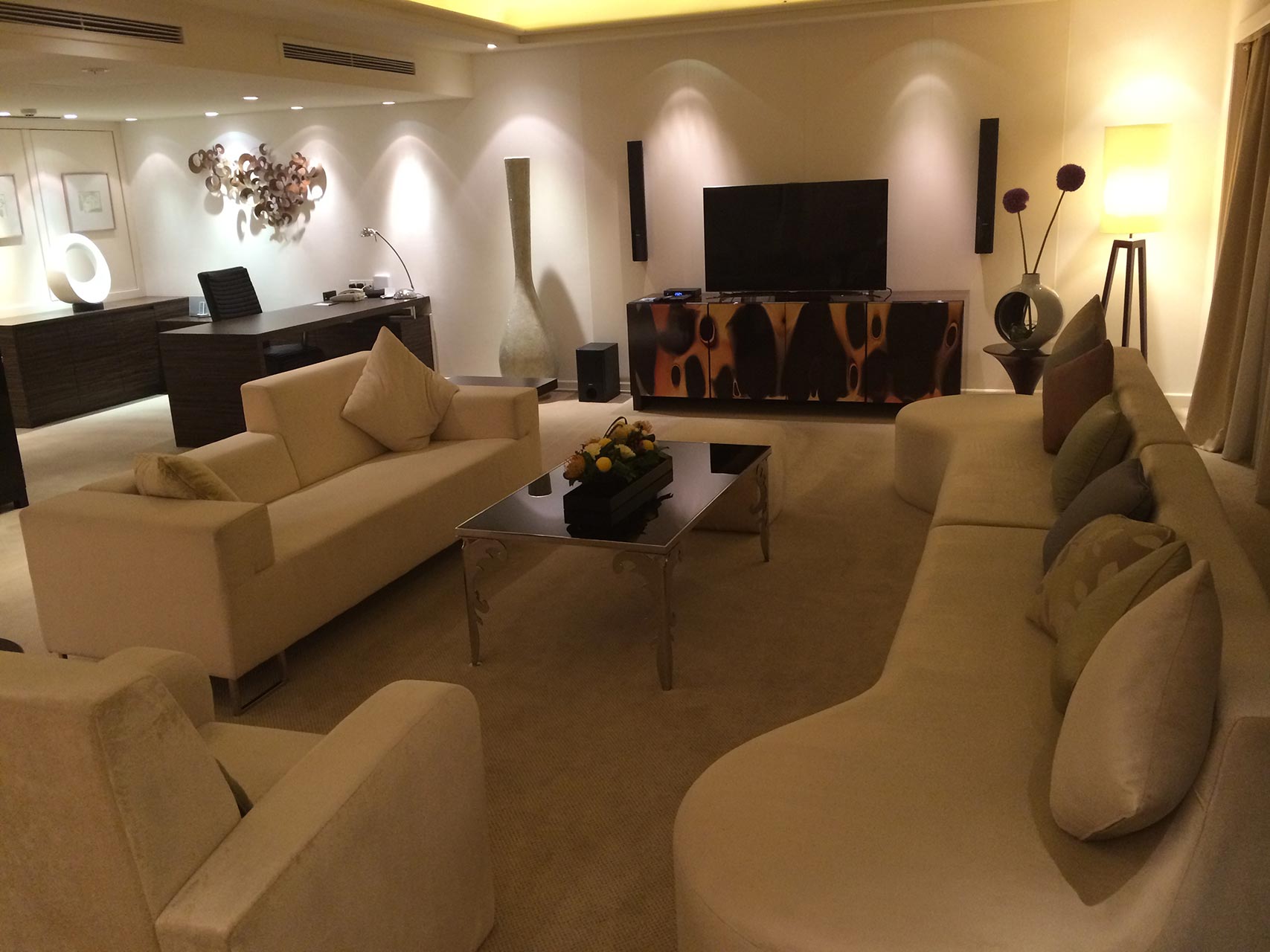 Adeeb’s phone files show that within a matter of days, both he and Yameen would find themselves in Singapore, where they appear to have been hosted as Ong’s guests for several days before finally meeting the tycoon.

There is no evidence that they were ever asked to pay for any of this, or offered to do so.

Chat records show that Adeeb stayed at HPL’s Four Seasons hotel in Singapore from July 28, and was personally offered the use of a car by Ong “4 yr use till u leave.” The Maldivian minister readily accepted.

The apparent gifts continued to come thick and fast. Text messages from July 30 show Adeeb contacting Gan and other HPL employees to arrange transport and rooms for his wife and family at the company’s Four Seasons Kuda Huraa resort back in the Maldives.

At the same time, Adeeb asked Gan for “one more favor”: an extra room at the Four Seasons in Singapore, where he was staying with a mistress.

Ong also extended an invitation to both Adeeb and Yameen to attend the Singapore Grand Prix, an event he had founded that would be held that September.

On August 1, Adeeb messaged Ong to confirm that he and the president would come to the Formula One race. He also asked Ong if Yameen could stay at the Singapore Hilton’s presidential suite for the next two days. 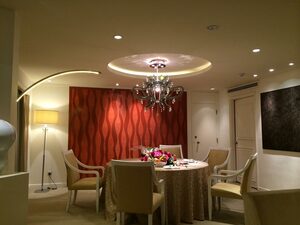 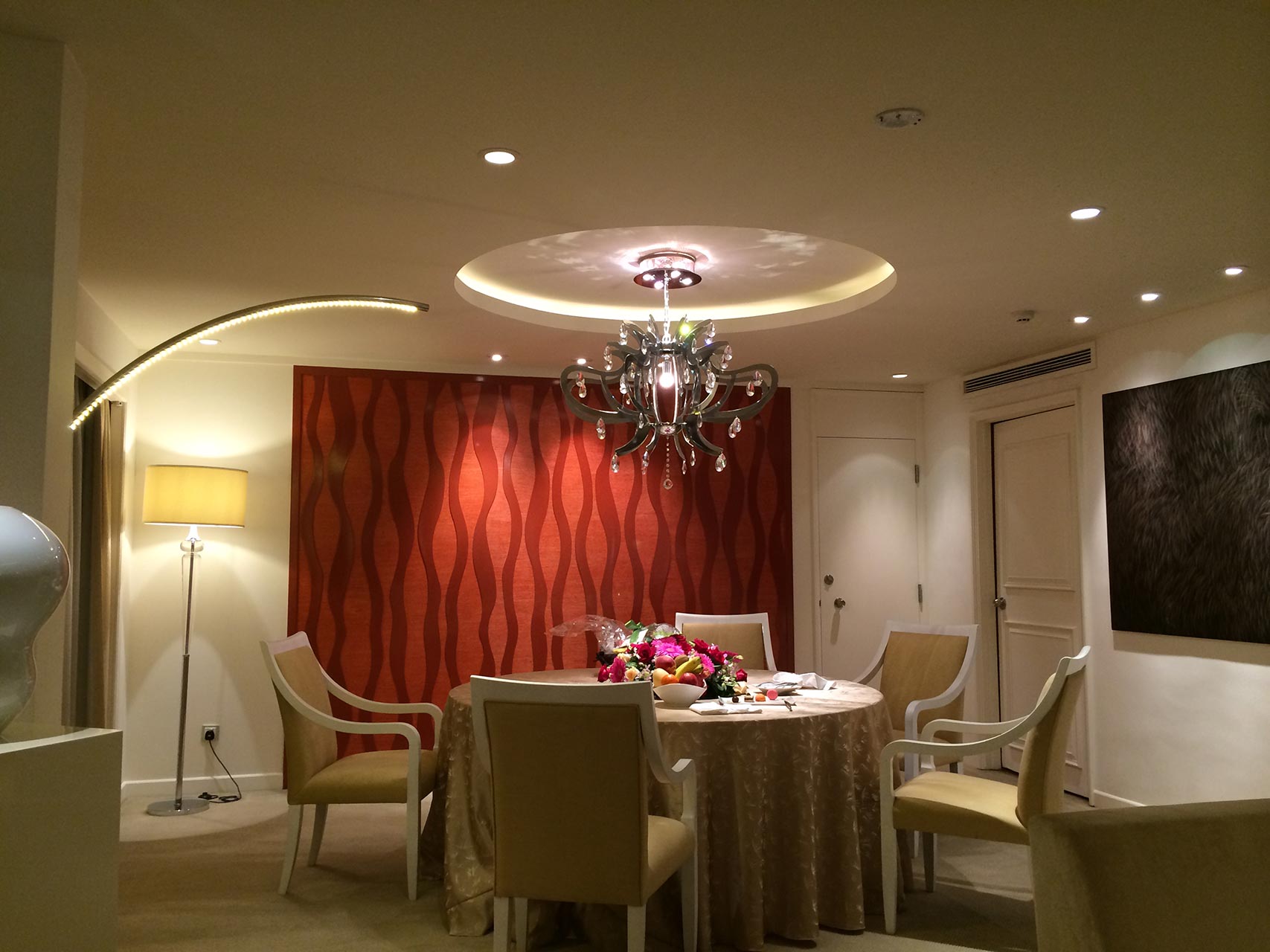 Time-stamped photographs taken from Adeeb’s phone show him inside the presidential suite at Ong’s Singapore Hilton that evening. Reporters were able to match two of the photographs with a publicly available floor plan of the suite.

Three days later, a meeting between Ong, Yameen, and Adeeb finally took place. It’s unclear what the men discussed, but Adeeb and Yameen returned to the Maldives in good spirits.

“Thank u very much for your kind hospitality for myself and President, he is very happy,” Adeeb wrote to Ong. “I will follow up on all the pending issues we discussed.”

A week later, the deal was done. In another message, Adeeb confirmed to Ong that he had signed off on a contract to lease Fohtheyo to him for $5 million.

Adeeb had also drafted an agreement to lease out Lavadhoo, the second island, for free. “I found a way to make it without acquisition cost, as part of [the existing lease for Maalifushi],” he wrote. 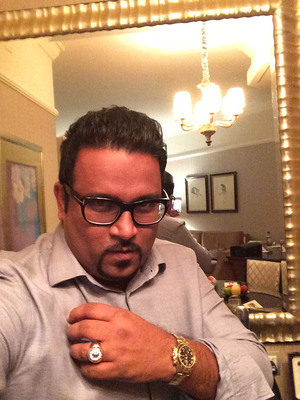 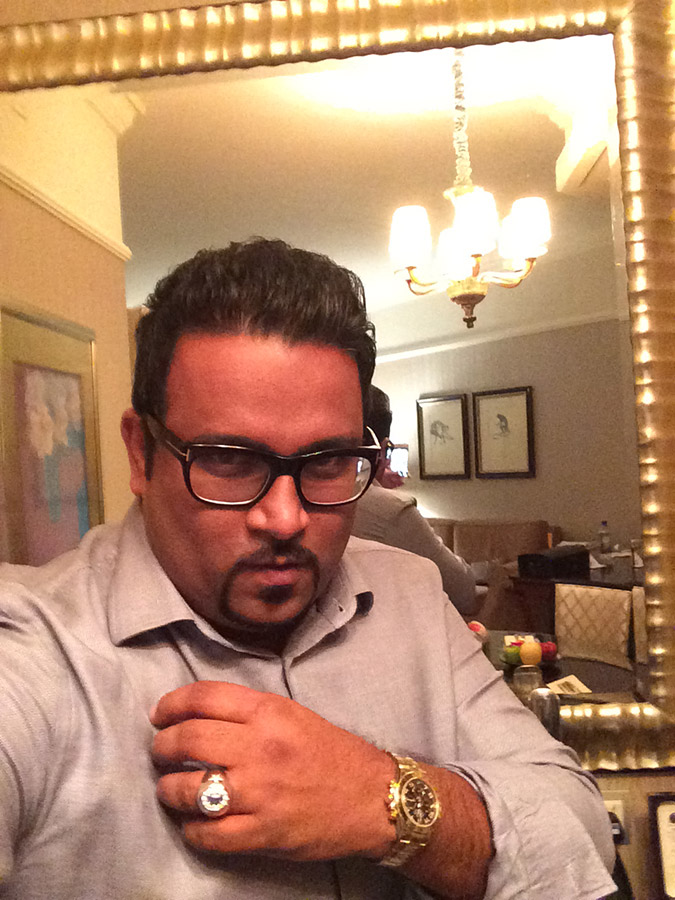 The leaked files also appear to show how Adeeb and one of his key accomplices, Abdulla Ziyath, conspired to embezzle the $5 million paid for Fohtheyo island. Ziyath was the managing director of the Maldives Marketing and Public Relations Corporation (MMPRC), the state tourism company the group used to arrange the leases.

On August 19, Adeeb messaged Ziyath to let him know that the money from the deal with Ong would arrive to a Maldivian bank account held by a company named after Scores of Flair, a music group made up of Adeeb’s friends. The funds, he said, would arrive in three installments of $2.95 million, $1 million, and $1 million.

A 2016 audit by government inspectors later found that the Scores of Flair account was a major channel used by Adeeb and his co-conspirators to embezzle at least $79 million paid to the MMPRC for dubious island leases.

Adeeb assured Ziyath that he would receive a “gift” from the deal.

Leaked records from the bank account, also obtained by OCCRP, show the arrival of those exact sums on August 24 and 26, suggesting that Adeeb had stuck to his promise.

Among the files retrieved from Adeeb’s devices was a letter sent to HPL’s Gan, signed by Ziyath and dated August 24, that confirmed the receipt of the $5 million fee for Fohtheyo island.

Even after the islands were secured, Ong continued to show hospitality to the Maldivian politicians.

In September, text messages show him again offering Adeeb accommodation in one of his Four Seasons properties. There is no sign the minister took him up on the offer this time. 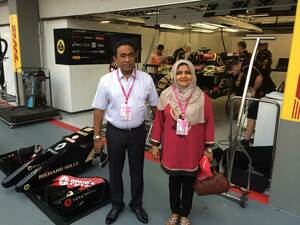 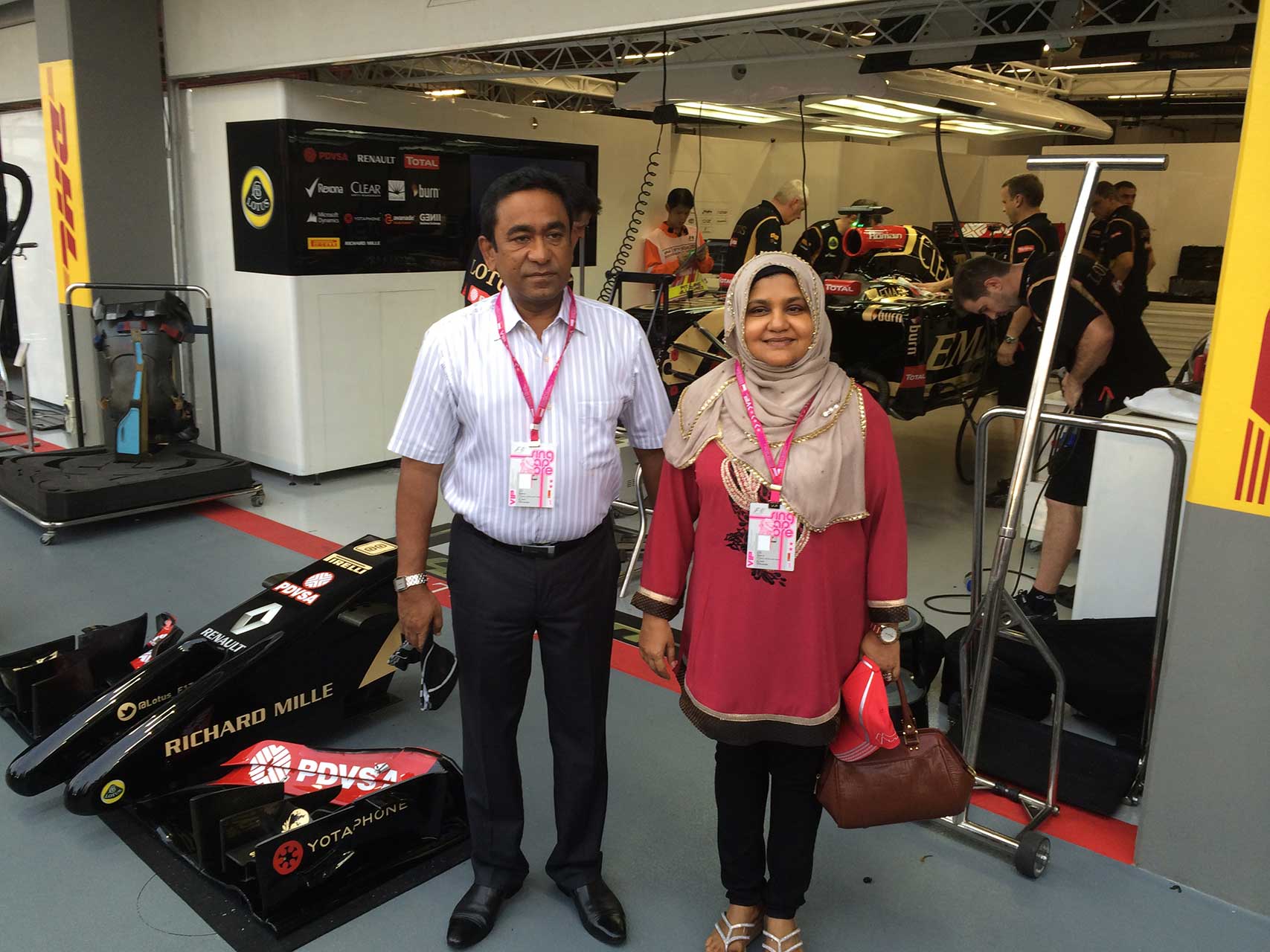 Credit: Leaked files President of the Maldives Abdulla Yameen and his wife, Fathimath Ibrahim, at the Singapore Grand Prix.

But the Maldivians hadn’t forgotten their invitation to the Grand Prix. Later that month, both men were in Singapore for the event. Adeeb attended as a guest of Ong, while Yameen and his wife’s visit to the country was on the formal invitation of Singaporean Prime Minister Lee.

While photographs leaked from Adeeb’s phones show that he and Yameen hobnobbed in VIP areas at the race, there is no evidence this time that Adeeb got free rooms or any other perks. Photographs taken by Adeeb in his hotel room show he stayed at the Marina Bay Sands, a casino hotel that is not owned by Ong’s company.

For now, the future of Fohtheyo is unclear. Reporters who visited the island in late August were unable to find any evidence of construction. However, a filing with the Maldives Ministry of Housing and Infrastructure shows that the island was surveyed as recently as February 2017.

Meanwhile, Lavadhoo has become one of the attractions at HPL’s neighboring COMO Maalifushi resort. It is described on the resort’s website as an exclusive “uninhabited private island perfect for a castaway experience.”

WIth additional reporting by Aisha Kehoe Down.