The man who was once the deputy director of the body responsible for seeing that daily life ran smoothly for Russian Federation President Vladimir Putin secretly owned an offshore company in Panama for five years, unloading it only when a law was passed in 2013 specifically banning the practice. 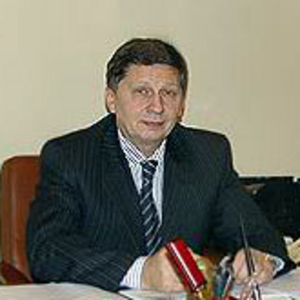 Ivan Malyushin served as the deputy head of the Department for Presidential Affairs (DPA) during the five years that he owned Anttrin Services Corp. That makes him one of the highest-ranking Russian officials to turn up in a trove of secret records from a Panamanian firm.

Malyushin is one of several Russian officials mentioned in the Panama Papers, a trove of internal data from Mossack Fonseca, a Panamanian legal firm doing business in offshore tax havens for clients who want to hide their identities and/or holdings.

The data was obtained by the German newspaper Süddeutsche Zeitung and shared by the International Consortium of Investigative Journalists with the Organized Crime and Corruption Reporting Project and more than 110 media partners in 82 countries.

The DPA plays an important role in Russia, as it is responsible for supplies and funding for the activities of the Russian president, government, courts and other agencies. The DPA manages and owns official houses, cars, planes, and medical facilities used by Putin and other high officials.

In internal letters contained in Mossack Fonseca files, Malyushin was identified as the “beneficial owner” behind Panama-based Anttrin Services Corp., only in 2013, when the company suddenly shut down. As it appears from letters, Malyushin was in a hurry to get rid of his company.

Most likely, this was related to changes in Russian legislation. In the first half of 2013, a new pack of anti-corruption laws was adopted forbidding Russian officials from having foreign bank accounts or using foreign financial instruments, including holding shares in companies.

Prior to this, Russian public servants could not perform “entrepreneurial activities,” but they were not barred from owning or investing in companies. The new law also spelled out exactly what was meant by the term “beneficial owner”: a person who actually owns a property or company, although someone else appears as the owner in legal papers.

It is no secret that Malyushin is a wealthy man. During his 12 years with the DPA, he often reported high incomes. For instance, in 2013 Malyushin and his wife declared a combined income of 27.7 million rubles (about US$ 800,000). They also reported owning more than nine hectares of land, seven houses and 12 flats in Russia.

Constantine Palace palace in Strelna, renovated while Malyushin was in office.

Where did the money come from?

Before coming to the DPA in 2003, Malyushin headed the state Directorate for Construction and Reconstruction of Facilities in the Northwest Federal District, which supervised the reconstruction of Constantine Palace, which has been called the “Russian Versailles.” Located in Strelna near St.-Petersburg, it is considered a stellar example of 18th century Russian architecture.

Once in the DPA, he was part of the team that managed numerous construction projects, including the renovation of upscale hotels which later hosted official delegations during the 2014 Sochi Olympic Games.

Despite the ban on “entrepreneurial activities”, Malyushin while serving in the DPA, held shares in companies involved in real estate, catering and other businesses.

Malyushin’s wife and sons also hold shares in a number of companies that annually turn over billions of rubles, including construction companies, cafes, plants which manufacture plastic panels and beauty shops. 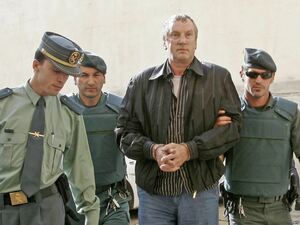 Gennady Petrov being escort to court in Palma de Mallorca in June 2008.

One of Malyushin’s closest business partners is Gennady Petrov, considered by European law enforcement to be the leader of the Tambovskaya criminal gang that originated in 1988 in St. Petersburg.

Petrov was arrested in Spain in 2008 during the special operation Troika. Along with several other Russian crime figures, Petrov was indicted on numerous charges including money laundering, tax evasion, fraud, arms trafficking, drug smuggling, extortion, ordering assaults and murders.

As evidence, Spanish prosecutors have produced police wiretaps to prove that Petrov and his people were connected with the highest Russian officials.

According to Spanish prosecutors, Petrov had influential friends among top officials of Russian law enforcement. For example, police say Petrov helped former Putin classmate Alexander Bastrykin to become the head of the powerful Investigative Committee, that handle the country’s most sensitive cases.

Nikolay Aulov, deputy head of the Federal Drug Control Service, is described in the indictment as “one of the most important persons for Petrov” in Russia (investigators logged 78 phone calls between Aulov and Petrov).

Malyushin was not identified by Spanish investigators in the case, but OCCRP reporters found numerous connections between Malyushin and Petrov.

Malyushin’s company Baltprod owned 18 percent share of Soft Terminal, a software development business. At the same time, another 18 percent of Soft Terminal belonged to Inversiones Gudimar SL, a Spanish company controlled by Petrov. Baltprod also owned 50 percent of Ligovskiy 67, a hotel busines company. The other half of the company belonged to Alivekt, which was established in St.-Petersburg in 1991 under the supervision of the Committee for Foreign and Economical Relations.

At that time, the committee was headed by Vladimir Putin. According to Spanish law enforcement, Alivekt was controlled by Petrov (and later on by his son Anton).

Malyushin’s sons were also involved in joint businesses with Petrov.

As of January 2015, Malyushin is no longer a state official, and thus no longer subject to the government’s anti-corruption rules. On Sept. 08, 2015, he founded a new company called DSR, which stands for Directorate for Construction and Reconstruction.

The name evokes the DSR SZFO (that is the Directorate for the Construction and Reconstruction of objects for the Northwestern Federal District) of the DPA. But while that is state-owned, the new company is private, with Malyushin having a 40 percent share.

Of interest is that the remaining 60 percent of the company belongs to people whose names match Malyushin’s former subordinates who are still working for the government. Twenty percent of the new private DSR belongs to Marina Elovchenkova, who according to the official website of the DPA is the current First Deputy Director of the state owned DSR SZFO.

The remaining 40 percent is split equally between two other deputy directors, Viktor Borschev and Valery Gorelov.