The second-largest state-owned bank in Russia, VTB, is on very good terms with the Kremlin. It has been sanctioned by the US and European Union (EU) for Russia’s annexation of Crimea.

So it’s a little surprising that the bank is doing so well in neighboring Ukraine, where an on-again, off-again war simmers and sanctions have been traded like so many punches.

In fact, Ukraine’s top banking regulator, Valeriya Gontareva, the head of the National Bank of Ukraine, has defended and supported VTB, making sure the political problems have not become banking problems. That includes sanctions by the US and EU levied in July 2014 against VTB’s Ukrainian subsidiary. 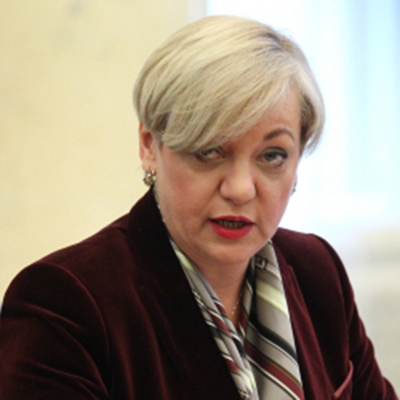 Valeriya Gontareva
Head of the National Bank of Ukraine

“These are banks with Russian capital, but these are Ukrainian banks where our citizens keep their money, the banks that give loans to our firms and keep accounts of Ukrainian individuals and companies,” Gontareva said. She noted in December 2015 that the bank had been monitored by Ukraine’s National Bank since 2014 and said she has no complaints about its activities.

VTB has done relatively well in the universally disastrous Ukrainian banking sector which suffered record losses in 2015 of Hr 66.6 billion (US$ 2.7 billion). It recently decided to increase the capital of its Ukrainian subsidiary by a sizeable Hr 8.9 billion (about US$ 340 million), showing a continued commitment to the Ukrainian market. VTB bank has pared its losses lately from 14.5 billion Hr (US $556 million) in 2014 to 4.5 Hr billion to (US $170 million) for 2015.

But Gontareva’s open-mindedness about a bank so closely associated with a Russian leadership that seized part of Ukraine and supports a separatist movement may be due to her financial ties with an official from the Russian VTB, including a still-unexplained US$ 10 million offshore loan given to her company six months before she took over as Ukraine’s top regulator. More so, documents appear to show that the wife of this same VTB official appears to have been Gontareva’s business partner.

That’s according to documentation from the Panama offshore registrar Mossack Fonseca, obtained and shared with International Consortium of Investigative Journalists (ICIJ) and Organized Crime and Corruption Reporting Project (OCCRP) by Süddeutsche Zeitung, a German publication.

Gontareva, like Ukrainian President Petro Poroshenko upon whose recommendation to parliament she was appointed, comes from the business world and her position at the National Bank is her first foray into the public sector.

Gontareva left as head of the ICU financial group where she served from 2007 to 2014 to join government. Today the financial group consists of the bank Avangard, the asset management company Investment Capital Ukraine, and an investment company with the same name. Oleg Gontarev, the top banker’s husband, is a former shareholder and a co-founder of the asset management company. The main holding company of the group in Ukraine is registered through a company in the British Virgin Islands (BVI) named ICU Holdings Ltd.

Poroshenko chose the ICU as his financial managers for arranging the sale of his confectionary corporation Roshen through a network of offshore companies, registered after Poroshenko was elected to office.

But documents from Mossack Fonseca show there is a close cooperation, partnership and credit relationships worth millions of dollars between the ICU group of companies and the companies of the family of Yuri Soloviev, the first deputy chairman of the Russian VTB bank. The records indicate only the threat of European sanctions disrupted that cooperation.

The connections can be traced through a series of transactions between companies registered in different offshore tax havens. In December 2013, an offshore company called Quillas Equities S. A., owned by VTB’s Soloviev, loaned US$ 10 million to another offshore, Keranto Holdings Ltd. (BVI) with an annual interest rate of 3 percent.

The funds were transferred from Quillas’s account to a Cypriot bank, RCB Cyprus, which is owned by VTB. RCB is another bank that has close ties to friends of Russian Federation President Vladimir Putin, going so far as to give a company affiliated with Putin’s close friend Sergey Roldugin an unsecured US$ 650 million line of credit.

Keranto is connected to Ukraine’s ICU. The loan documentation contains Keranto’s mailing address in downtown Kyiv at the upscale Leonardo Business Center, where ICU’s office is located. According to the loan agreement, Keranto was represented by Dmitriy Nedelchev. There is a man with such a name on ICU’s website in the firm’s operations management team. He also serves as a member of ICU’s investment committee. At the time of the loan, Gontareva was running ICU and owned a quarter of the company. 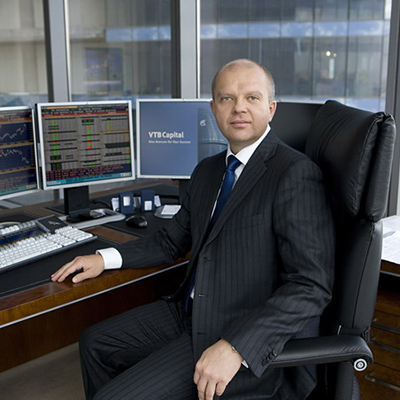 But there are also more substantial ties between the Russian banker Soloviev and Gontareva’s company. These connections show up in documents from the National Bank disclosing the ownership structure of the ICU-owned Avangard bank.

According to that document, nearly one quarter (22.74 percent) of ICU’s holding company in BVI, ICU Holdings Ltd., belongs to another BVI company named Cordova Management Ltd.

Cordova Management lists the person “Ulyutina, G.O.” from Moscow as its sole owner. This matches the name and initials of Soloviev’s wife: Galina Olegovna Ulyutina. Such a listing, using just the initials of a bank’s beneficiary, violates the Ukraine National Bank’s regulations which require a full name. Those regulations are supposed to be enforced by Gontareva’s National Bank.

Ulyutina held an equal share of the company with Gontareva and its managing partners Konstyantyn Stetsenko and Makar Paseniuk. With Gontareva’s appointment to head the National Bank of Ukraine, she sold her share of ICU in mid-June 2014 to her partners.

In July, the US and EU imposed sanctions on a number of institutions and individuals including VTB and its Ukrainian subsidiary. Shortly after, Ulyutina from Moscow left ICU in August 2014.

The ICU refused to answer any questions concerning its partnership with Soloviev, stating that this information is not public and is not of public interest.

Later on April 4, it admitted that Ulyutina’s partnership with ICU started in 2010.

NBU insists Gontareva “sold her shares in the company in June 2014 and since then did not have any relation to it.” However, it did not comment on the company’s partnership with Soloviev’s family.

From Russia with Love (and attachment)

Soloviev is a key figure at Russian VTB Bank, invited to work there personally by its chairman Andrey Kostin, who reportedly spent several months recruiting him. At the time, Soloviev was the first deputy chairman of the Russian subsidiary of Deutsche Bank. He had spent some time working at Lehman Brothers prior to that.

In the Mossack Fonseca data, Soloviev is listed as a citizen of the United Kingdom (UK), residing in London at 10 Thornwood Lodge, Thornwood Gardens – a quiet, green neighborhood between Holland Park and Kensington Gardens. The property was worth US$ 4.05 million as of 2006.

According to the Mossack Fonseca data, Soloviev’s offshore company Quillas has received millions of dollars for consulting services – US$ 8.8 million in 2009-2010 alone. The payments came from other offshore companies, mainly Bentox Trading Ltd. from BVI and Aphrodite Services S.A. from the Marshall Islands. These offshores said they needed investment advice and knowledge about the macroeconomic situation in Kazakhstan and the Baltic countries, including the state of their financial markets, and independent evaluations of stock markets.

The money was wired from accounts in RCB in Cyprus to Quillas accounts in Swiss Pictet Bank.

Soloviev and VTB representatives haven’t responded to OCCRPs questions about the value of those consultations, and the beneficiaries behind the offshore clients.

Reporters for OCCRP visited Nikopol in eastern Ukraine where the new “millionaire” Ulyutina lives on the fourth floor of an old building, her flat distinguished from the neighbors’ only by a new metal door. A neighbor confirmed that Ulyutina was a permanent resident of the apartment.

The pensioner was not home. However, her sister-in-law who heads the town’s pension fund confirmed that Ulyutina has a daughter named Galina who is married to “some businessman from Moscow” and that Ulyutina had been gone for quite some time “staying with her grandchildren in Moscow.” Neither her relatives, nor neighbors had any information on when she would come back.

In the gift deed, Soloviev said that he handed over all his right and shares in Quillas Equities to his mother-in-law out of his “natural love and affection.”