The General: An Armenian Master of Offshores

Mihran Poghosyan holds two impressive titles: Major General of Justice, and Armenia’s Chief Compulsory Enforcement Officer. He could add a third to that: Master of Offshores.

The Chief Compulsory Enforcement Officer is in charge of seeing that all court rulings are properly enforced, a job that requires an extensive knowledge of the ins and outs of Armenia’s laws, rules and regulations.

Poghosyan has also developed considerable expertise in an area less familiar to the public: the intricate world of offshore jurisdictions, where many of the world’s richest people go to hide their wealth via corporations that don’t seem to be linked to them. 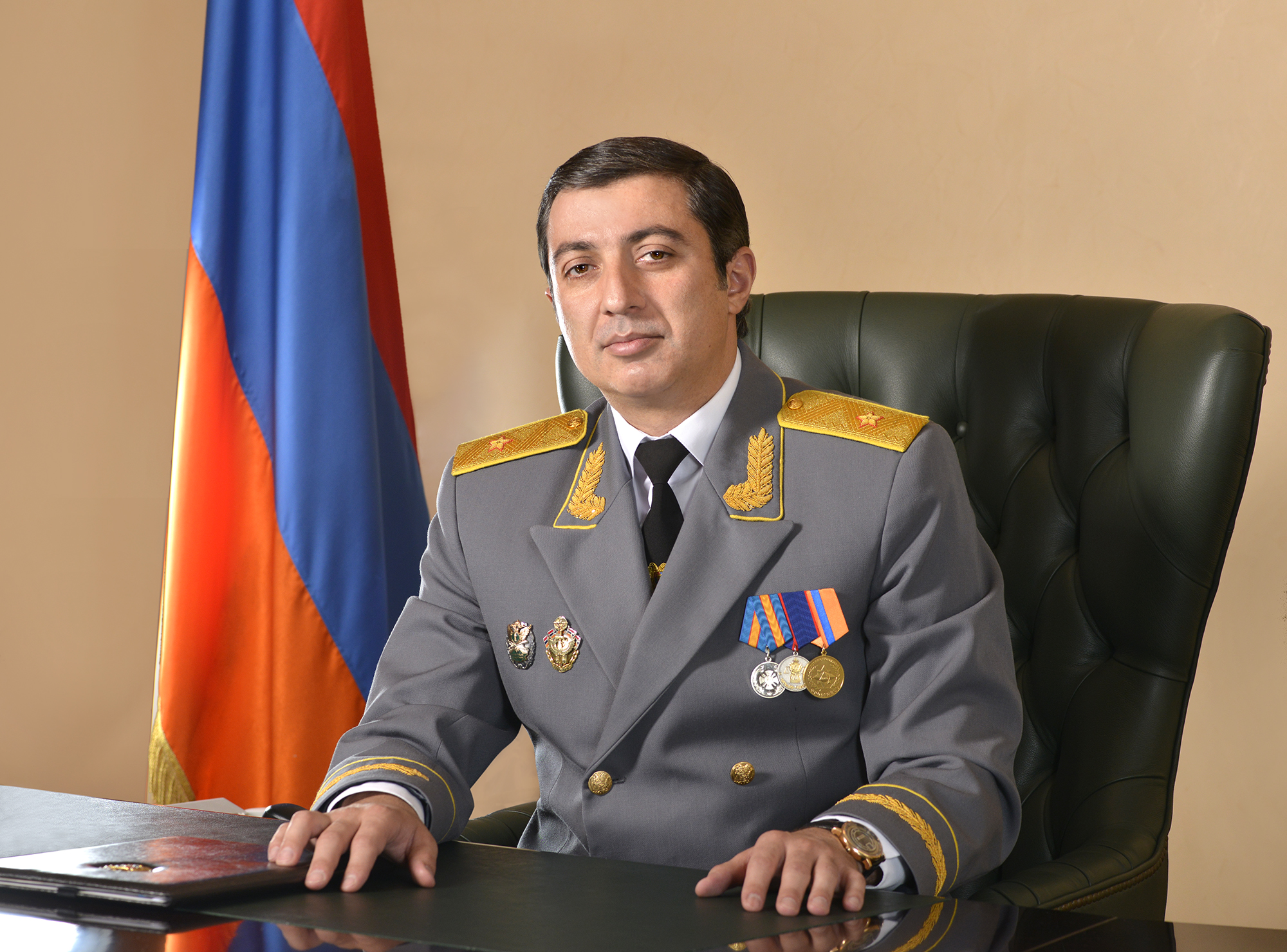 Poghosyan and his relatives hold several offshores, some of which are constructed in a way that makes the actual owners particularly hard to find.

Details about these transactions are buried in the Panama Papers, a trove of internal data of Mossack Fonseca, a Panamanian legal firm doing business in offshore tax havens for clients who want to hide their identities and/or holdings.

The data was obtained by the German newspaper Süddeutsche Zeitung and shared by the International Consortium of Investigative Journalists (ICIJ) with the Organized Crime and Corruption Reporting Project (OCCRP) and more than 110 media partners from 82 countries, including hetq.am.

Reporters for hetq.am pored through the documents to trace the hidden activities of Poghosyan, his uncles Grigor and Mikhail Haroutyunyan, and other relatives.

Poghosyan, 40, has headed the Compulsory Enforcement Service (CES) since 2008. His professional career began at the National Security Service (NSS) of Armenia. Poghosyan’s uncle Grigor (Grisha) Haroutyunyan was the deputy head of the NSS’s financial division at the time.

According to the Panama Papers, as of 2011 Poghosyan was connected to three companies registered in Panama: Sigtem Real Estates Inc.; Hopkinten Trading Inc.; and Bangio Invest S.A. He was the sole owner of Sigtem and Hopkinten, but it is not clear from the documents how much of Bangio he owned.

Poghosyan, with a degree in economics, held his stock through ‘bearer shares’ – a financial device where the person who has physical possession or “bears” the shares, owns them. It is designed to provide the least possible transparency to ownership. The issuing firm neither registers the owner of the stock, nor does it track transfers of ownership.

Poghosyan obtained his shares in Sigtem Real Estate and Hopkinten Trading in March of 2011, when he was already serving as chief compulsory enforcement officer. He’s owned shares in Bangio Invest since 2005.

What do the companies do?

Sigtem Real Estates and Hopkinten Trading are equal owners of Best Realty Ltd., which is registered in Armenia. Best Realty was the company that appraised the value of the Karen Demirchian Sports and Concert Complex in Yerevan in 2015 when the government decided to sell the complex to an outside investment group.

Best Realty valued the sports complex at about US$ 26 million. Managers of the complex apparently did not know who Best Realty belonged to, as they were surprised on the day of the appraisal when the entire staff of the CES showed up as well.

Best Realty has carried out many appraisals of both fixed and movable property as needed for CES cases. For instance, Best Realty was given the job of appraising Building 9/1 at 11 Noragavit Street in Yerevan; it was also the company that appraised the land belonging to Hasmik Stambolyan in Yerevan’s Davtashen district.

According to Mossack Fonseca documents, Sigtem Real Estates Inc. and Hopkinten Trading Inc. have opened accounts in LGB Bank (Suisse) SA, with Poghosyan the person authorized to manage the account. The director and president of Sigtem Real Estates Inc. is Armenian Member of Parliament Artur Stepanyan. Armenian law prohibits parliamentarians from engaging in or managing businesses while in office. 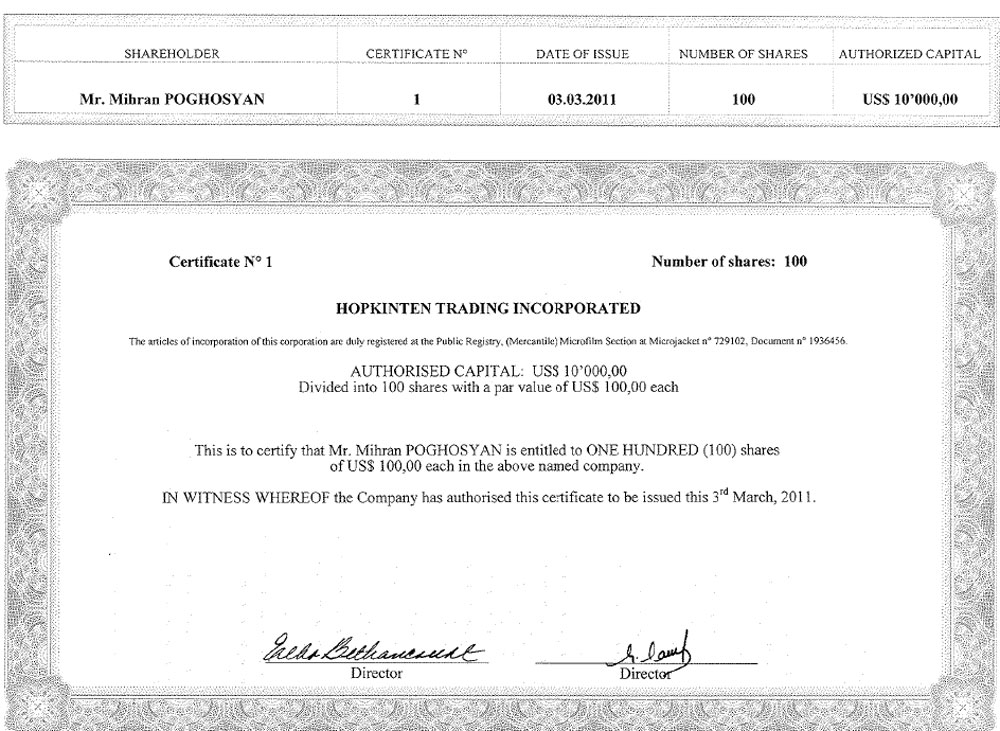 Bangio Invest S.A. is the sole owner of Fresh Ltd. in Armenia, which owned the Fresh supermarkets network before apparently ceasing operations.The last remaining Fresh market on Komitas Street is beng operated by the Ketrin Group, discussed below.

Bangio has an account at the Swiss Dresdner Bank, with Poghosyan and his uncle, Mikhail Haroutyunyan, as signatories.

Poghosyan told the newspaper Haykakan Zhamanak that he’s made no secret of his business history. “I have frequently said that I’ve owned businesses before becoming a government official and that those businesses operated profitably. Now, there are some buildings and structures that have been leased to various commercial outfits,” he said.

When Hetq asked CES if Poghosyan owns shares in offshore companies, the response was curt.

“Armenia’s Chief Compulsory Officer, Major General of Justice Mihran Poghosyan, has no affiliation with the companies cited in your inquiry.”

There is no indication in the Mossack Fonseca data of ownership changes in any of the companies.

Poghosyan has not been shy about using the court system himself, and appears to have earned a fair amount of money by doing so. Between 2013 and 2014, he filed four court suits to get loans repaid.

On April 4, 2013, Poghosyan filed a suit at Yerevan’s Kentron and Nork-Marash Administrative Court against Star Divide CJSC, demanding that the latter repay 53 million drams (US$ 110,000). During the preliminary examination, Poghosyan withdrew the suit, saying “the defendant company had returned, in cash, the entire amount demanded in the suit.”

On the same day, another suit was filed with Yerevan’s Shengavit Administrative Court, in which Poghosyan was demanding 4.7 million drams (about US$ 9,800) from Byourakn Ltd. This case was also dropped when Poghosyan withdrew the suit, saying that the company had paid up.

In November 2013, Poghosyan filed suit against Gevorg Afandyan, demanding US$ 5.15 million. During the trial, the two sides entered into an agreement by which Afandyan would pay Poghosyan 499 million drams (just over US$ 1 million) within a month of the court decision or face interest penalties.

The History of the Ketrin Group

Ketrin Group Ltd., an importer of bananas, citrus and tropical fruits that enjoys a monopoly in the sector, was at one point directly tied to Poghosyan.

In 2012, the company’s shares were gradually moved offshore, to Panama. The sole owner of the company today is Cendoline Corp., a company registered in Panama. There is no data regarding this company in the leaked documents and it is unknown who is behind it.

The company has a controversial history. Between 2005 and 2007 Ketrin Ltd. (the name was later changed to Ketrin Group) allegedly avoided paying customs fees and taxes worth about 443.7 million drams (US$ 920,000) in a convoluted scheme involving the importation of bananas. In the end, Ketrin was not prosecuted in exchange for paying US$ 1.33 million to the Customs Department. Law enforcement ruled tax avoidance, not smuggling, was the issue.

Besides importing bananas, citrus and other tropical fruits to Armenia, Ketrin Group is engaged in other business sectors. As of 2009, it has expanded its agro-business position by importing fertilizer and pesticides. It’s also involved in animal husbandry by raising pigs, cows, sheep and turkeys. It also has a hand in the automobile business, and has won related government supply contracts without any tender bids.

On occasion, Poghosyan’s current life as an official crosses paths with his former role as a businessman. For example, in 2015, Poghosyan signed a 3-million-dram (US$ 6,000) repair contract for CES cars with the Ketrin Group.

Poghosyan and his relatives own some business real estate in the same building. Hetq has received a list of owners of the property at 4/6 Amiryan Street in downtown Yerevan. 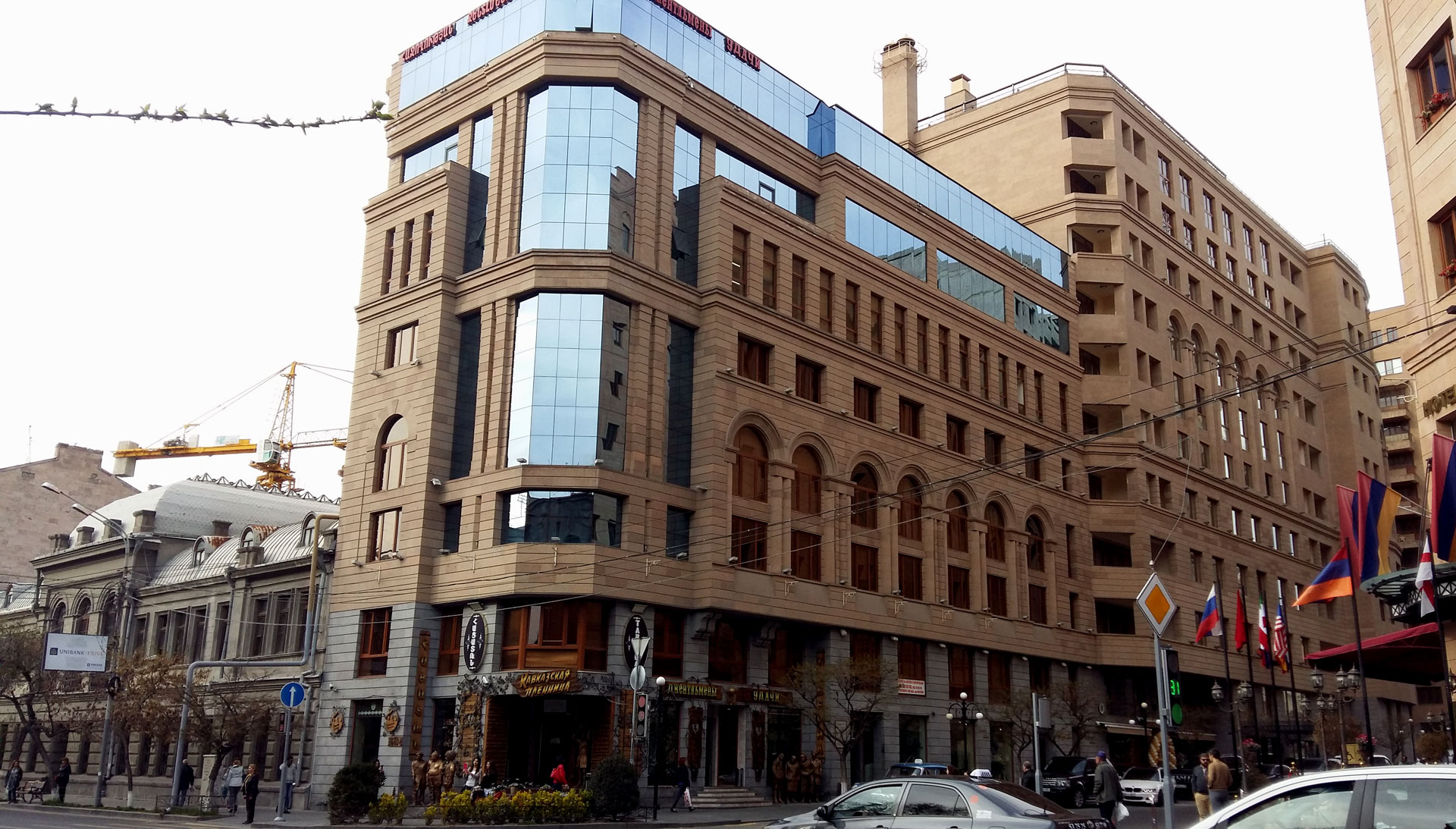 According to Armenia’s State Cadastre Registry, 32 individuals and companies own office space in the building. Poghosyan owns one of them, the 143rd space. And 19 spaces at the same address are registered in the name of Poghosyan’s uncle, Grigor Haroutyunyan and his daughters. The Kavkaskaya Plennitsa restaurant is located at the same address, along with Griar CJSC, the Paris Hotel and other establishments.

Poghosyan’s relations and their businesses

Poghosyan’s uncles also have businesses registered offshore. In September 2015, Mikhail Haroutyunyan became a shareholder in Gaitskell Holdings Corp. registered in the British Virgin Islands. Kopa Tagoushi, a Georgian, is listed as director. The company does business in Georgia, but what type of business is unknown.

The family has wide business interests in Armenia. In 2013, drivers in Yerevan started getting charged for many parking spots in the city. Parking City Service CJSC is the company that won the municipality’s tender to manage the paid parking system. Tigran Haroutyunyan, a son of Poghosyan’s uncle Mikhail, owns shares in the company.

Tigran Haroutyunyan is the sole shareholder of Mikshin Ltd., a company that won an 800-million-dram(US$ 166,000) government contract to build apartments for civil servants.

Metexim Ltd., with collection centers and smelters throughout Armenia, is 98 percent owned by Mikhail Harutyunyan and is in the business of exporting metal scrap. It also has its own customs warehouse, supplies large construction equipment, and also organizes railway transport and carries out cargo transportation.

MikMetalCJSC is also linked to Poghosyan. His uncle Mikhail owns 25 percent of the company and the rest is buried offshore, where 75 percent of shares in MikMetal are owned by the Cyprus-registered Morako Holdings Ltd.

According to documents culled from the Cyprus Corporate Registry, Morako Holdings has been owned by Cypronavus Ltd., Cypropublico Ltd. and Cyproservus Co. Ltd., all registered in Cyprus. Generally, they are the representatives of a legal company that, like Mossack Fonseca, register offshores for clients. As with ‘bearer shares’, these nested shell companies shield the actual owners of the company.

In his role as chief compulsory officer, Poghosyan struck several deals with family-owned companies including a 11.5-million-dram deal with Griar Telecom Ltd. to provide public telephone and inter-city telephone services for 2012-2016.