Romania’s former President Traian Basescu, now a senator, is a key figure in the legal defense strategy of his protégé, Elena Udrea. 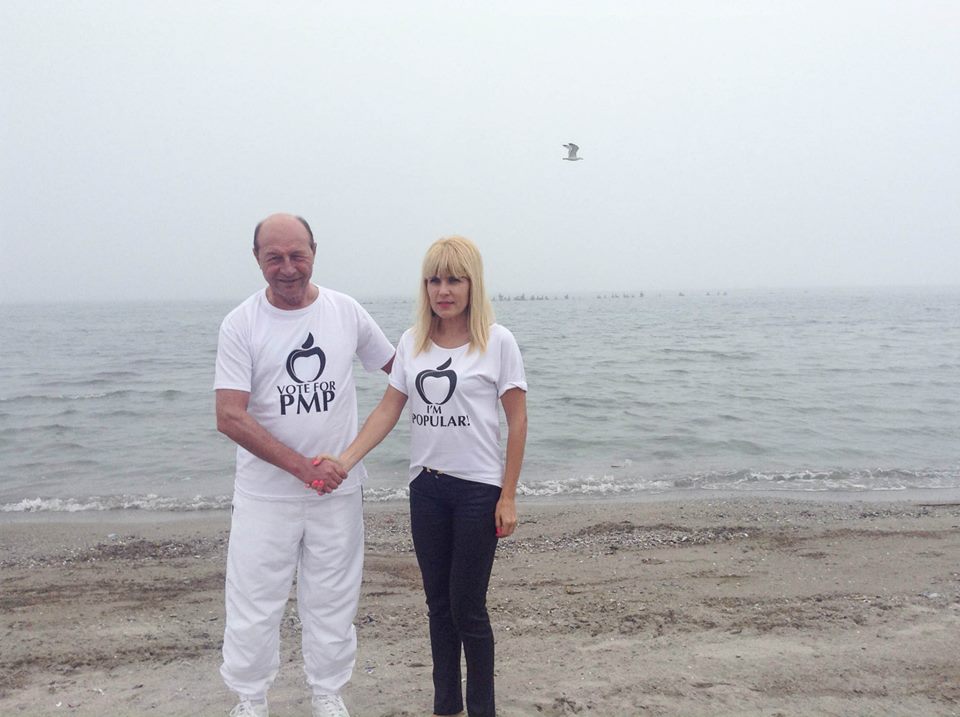 Elena Udrea and former president Traian Basescu at a Popular Movement Party meeting in Constanta, Romania on May 2, 2014.

In a speech before parliament and in interviews, he has repeatedly alleged that the Romanian Secret Service (SRI) played an improper role in the investigation carried out against Udrea. He says she deserves a new trial.

Basescu and other Romanian politicians charged with corruption claim that illegal back channels of communication between Romanian prosecutors and the SRI have tainted their corruption investigations.

However, Romanian governments, including Basescu’s, have passed reforms that declared corruption an issue of national security, allowing the intelligence services to work on such cases.

The former president says Romania needs a fresh start, and that all ongoing corruption cases are tainted by investigatory misconduct and should be terminated. During the transition from communism, he maintains, no politics or business was conducted legally, and it is unfair to hold people accountable for cases arising from that time period.