by Daniela Castro, Guilherme Amado, Paul Radu and Ana Poenariu
DONATE
Above: A beach in Cumbuco near the villa where Liviu Dragnea and his friends enjoyed several Brazilian getaways. Credit: Guilherme Amado

With Romania at the helm of the Council of the European Union’s rotating presidency, a battle is slowly brewing between one of the country’s most powerful politicians and the EU’s European Anti-Fraud Office (OLAF).

OLAF and the Romanian Anti-Corruption Directorate (DNA) claim Dragnea illegally benefitted from business carried out by Tel Drum SA, a Romanian company that has received millions of euros in EU road construction money.

The DNA says Tel Drum is ultimately controlled by Dragnea, that it purchased equipment from an associated company at inflated prices, and that Dragnea used the company to embezzle EU funds.

🔗What is Tel Drum?

In 2002, it was sold — with Liviu Dragnea's signature as the president of the County Council — to one of his friends. Afterwards, the company’s shareholders became secret, hidden behind bearer shares certificates, even as the company won public contracts worth hundreds of millions of euros. The money stemmed both from the Romanian budget and from the EU.

This timeline shows Tel Drum’s changing ownership over the years, indicating how the company’s beneficial owners hid behind a layer of bearers’ shares. The story continues below.

In December, Dragnea sued the European Commission, the EU's executive arm, at the European Justice Court, claiming that OLAF did not hear him out before issuing a report that spurred judicial proceedings against him in Romania. The [lawsuit is pending](https://eur-lex.europa.eu/legal-content/EN/TXT/?uri=CELEX:62018TN0738). 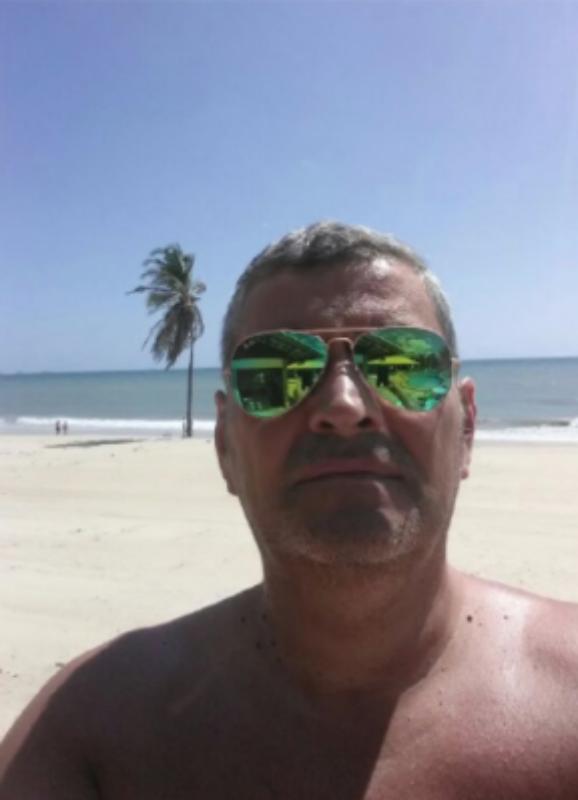 Credit: OCCRP The luxury villa where Liviu Dragnea spent his holidays in Cumbuco is mirrored in Petre Pitiș’ sunglasses.
Meanwhile, though Dragnea maintains he has had no relationship with Tel Drum executives for at least a decade (and that he never profited from the company’s lucrative business), OCCRP and [Época Magazine](https://epoca.globo.com/) found otherwise. Brazilian border records, videos, and photos — including selfies snapped by Petre Pitiș, Tel Drum’s former executive director — show that Dragnea and Pitiș went on several holidays together in Brazil (along with others from Dragnea’s circle) even as the company was landing big publicly funded construction contracts in Romania. Pitiș’ selfie was snapped in the summer of 2014 in a villa in Cumbuco, a tiny fishing village on Brazil’s northeast coast. Dragnea is also known to have spent time there. New evidence shows that Pitiș traveled to nearby Fortaleza with Dragnea twice in 2008 and 2009. In 2011, they arrived in the Latin American country two days apart but left together. Their paths crossed in Brazil seven other times between 2008 and 2014. In many instances they arrived or left one day apart from the same Fortaleza airport. Additionally, metadata of Pitiș' selfie and of other photos and videos he took, cross-checked against border logs, place him and Dragnea in Cumbuco at the same time, undermining Dragnea's claim at a press conference last November that he had had no contact with Pitiș for 10 or 15 years. This statement is just the latest in a list of denials reported by Romanian media. Tel Drum representatives also claim to have had no contact with Dragnea in 10 to 15 years. During this time, the company was awarded contracts financed from the European and Romanian public budgets worth about US$500 million. In 2017, Pitiș did acknowledge that he knew Dragnea in his youth, saying, “I know he's from [Teleorman] County. I played football with him in high school when I was a 11th grade student.” Dragnea and Pitiș did not respond to requests for comment about their trips to Brazil. {::nomarkdown}
Credit: Guilherme Amado A recent photo of the ‘Casa Grande’ in Cumbuco, showing its garden and swimming pool.
{:/nomarkdown} ## Casa Empty The lux villa in Cumbuco, known locally as Casa Grande, stands unused today. It’s visited only by a man who cleans it from time to time. “They don’t rent the house. I don’t know the owners, I’m new here,” said caretaker Antonio Silva. “The owners never come, it’s a little bit abandoned … If you notice, the swimming pool is very dirty.” But Casa Grande was not always empty. OCCRP previously reported that [Dragnea spent holidays in Cumbuco](/en/investigations/6386-the-brazilian-vacations-of-one-of-romania-s-most-powerful-politicians) with Mugurel Gheorghiaș, a close friend who at one time was listed in Tel Drum documents as the company’s part owner. It was Gheorghiaș who bought the villa in 2010 through a private Brazilian company he controls. Brazilian border logs obtained by OCCRP and Época Magazine indicated that despite their denials, Dragnea and Gheorghiaș travelled to Brazil together several times and vacationed at Casa Grande. A new set of border logs obtained by Época Magazine, as well as photos and videos obtained by RISE Project, OCCRP's Romanian member center, show that Pitiș, the Tel Drum executive, also enjoyed Casa Grande on several occasions. He visited Brazil 12 times from 2008 to 2014. On those trips, his wife took [kitesurfing lessons recorded on video](https://www.youtube.com/watch?v=RbWNA9gjnEA) and Pitiș took many selfies around and in the villa, including some in the mirror of the liquor cabinet. The materials were found on a tablet and a hard disk provided to RISE Project by an anonymous source. {::nomarkdown}
Credit: OCCRP A composite photo from July 2014 of Pitiș at the ‘Casa Grande.’
{:/nomarkdown} ## Romanian Investigations In August 2017, DNA prosecutors accused Pitiș of using false and incomplete documents and of illegally obtaining EU funds to buy a mobile asphalt mixing plant for an artificially inflated price. The case is pending.

🔗Dragnea has also had trouble with the law.

In 2016, he received a two year suspended sentence in Romania for illegally influencing the vote during a 2012 referendum to impeach former president Traian Băsescu.

The following year, he was accused of establishing an organized criminal group, misappropriating EU funds, and misusing his position for personal gain or for the benefit of another person while president of the Teleorman County Council.

Pitiș and Tel Drum — the company the DNA says is ultimately controlled by Dragnea — are also being prosecuted by the anti-corruption agency as an organized criminal group. Tel Drum has declared itself insolvent, but at the request of DNA prosecutors the Bucharest Tribunal blocked the liquidation in January 2018 and initiated a trial. Prosecutors argued that dissolution would mean the company could no longer be held criminally liable. The late Romanian millionaire Costel Comana was another frequent guest of the villa. He killed himself in February 2015, in the toilet of an Avianca airlines flight from Colombia to Costa Rica. Comana had been facing an indictment related to corrupt business deals in Romania. A [video obtained by RISE Project](https://www.youtube.com/watch?v=r18WihqhExs) shows Comana and Pitiș enjoying themselves in Brazil two years earlier. {::nomarkdown}
Credit: OCCRP A selfie by Pitiș of himself reflected in the Casa Grande’s liquor cabinet.
{:/nomarkdown} ## The Brazilian Investigation In addition to the proceedings in Romania, Brazilian authorities are investigating the group for alleged money laundering related to multiple real estate transactions in Cumbuco. “What’s now being investigated is the origin of the money that comes from outside and its use here in Brazil to acquire real estate,” said Carlos Wagner Barbosa Guimarães, the federal prosecutor in the state of Ceará, in February. Guimarães started the investigation last June after OCCRP and the RISE Project reported on the group’s Brazilian properties. He said the case was sent to the Organized Crime Department of the Federal Police because it involved money laundering, “so it needed expertise.” The Federal Police declined to comment on an ongoing case, but Guimarães said they have asked for more time. “So they have not advanced yet. They're still hearing people,” he said. Also under investigation is Cauby Cursino Campos Junior, the Romanian group's reputed local fixer and a shareholder in two companies that Comana established in Fortaleza: Regiotrans Fabricação de Locomotivas LTDA, now dissolved, and Robra Construção LTDA, which is still active. Campos Junior, a Brazilian, also owns 1 percent of the company Mugurel Gheorghiaș used to buy Casa Grande. When asked about the probe by the Federal Public Ministry in Ceará, Campos Junior told reporters he didn’t know anything. “No, I don’t know about it,’’ he said. “I wasn’t called to anything.” Guimarães said there is no indication the real estate scheme is still ongoing. “Actually, with the death of the main Romanian [Comana], we imagine that it has cooled down the scheme a little bit,’’ he said. “They were acquiring real estate. They had companies in Brazil, and the money laundering would have taken place by these means. But these are old facts. In fact, what is being investigated is what has already happened.” {::nomarkdown}
Credit: OCCRP A composite photo of Pitiș’s wife taking kitesurfing lessons at the ‘Casa Grande’ in Cumbuco.
{:/nomarkdown} ## The Young Parliamentarian Border logs show that Casa Grande had at least one more guest connected to high-level Romanian politics. Cătălina Ștefănescu was one of the youngest members of the Romanian Parliament when she was elected in 2012. Her election was assured when she was placed first on the Social Democratic Party’s list in Teleorman County, which is under Dragnea’s political control. Border logs show that Ștefănescu and Dragnea travelled together to northeast Brazil at least four times between 2010 and 2012. At that time she was an employee of Agrotrust, a Romanian cattle company that belongs to Dragnea’s former brother-in-law. 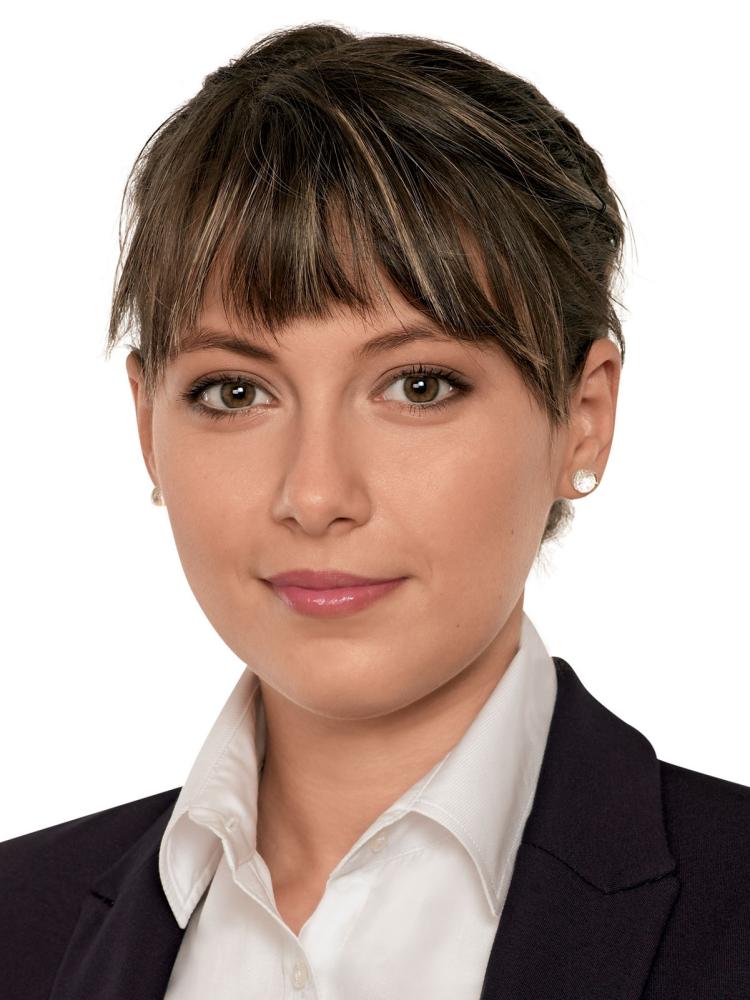 Credit: Romanian Parliament Cătălina Ștefănescu.
After her election, [Ștefănescu was appointed secretaryformer head ](http://www.cdep.ro/pls/parlam/structura2015.mp?idm=362&cam=2&leg=2012&pag=1) of the Brazil-Romania parliamentary friendship group. [Ștefănescu is now a European Union employee](http://www.europarl.europa.eu/meps/en/129256/EMILIAN_PAVEL/assistants#mep-card-content), working as an assistant to Emilian Pavel, a Social Democratic politician and a member of the European Parliament for Romania. Neither Ștefănescu nor Dragnea responded to requests for comment. In the meantime, Dragnea continues his fight with the European Union, OLAF, and the DNA. In February, Romania’s government, which is run by Dragnea’s Social Democratic Party, altered judicial legislation via emergency decree in a move widely criticized as an attempt to weaken prosecutors and tighten political control over the judiciary. In April, the Supreme Council of Magistrates publicly alleged political pressure in the Tel Drum/Dragnea case, claiming that a new prosecutorial body set up at the request of the Social Democratic Party was trying to take over the case file from DNA. The prosecutorial body was established to investigate magistrates and is largely viewed as not independent from political influence. It had made several attempts to wrest the Tel Drum case from the DNA, claiming jurisdiction over any case that involves magistrates. The DNA has refused to give up the case, arguing that no magistrate is a subject in the Tel Drum inquiry. The general prosecutor [ruled in March](https://adevarul.ro/news/eveniment/augustin-lazar-decis-dosarul-tel-drum-ramane-dna-1_5c890194445219c57e32e681/index.html) that the case will stay with the DNA. Dragnea and his government also fiercely oppose the potential appointment of Laura Codruța Kovesi, the DNA’s leader at the time the agency launched its investigation, as head of the European Public Prosecutor's Office. If Kovesi is appointed, she and her office will have extensive powers to investigate and prosecute the [misappropriation of EU funds](https://ec.europa.eu/info/law/cross-border-cases/judicial-cooperation/networks-and-bodies-supporting-judicial-cooperation/european-public-prosecutors-office_en).
DONATE