Real estate brokers use words like “exclusive” and “luxury” to describe Razdory, but the village just west of Moscow is actually quite welcoming — to anyone with a fortune.

The area around Razdory once hosted the country residences of Soviet leader Mikhail Gorbachev and Russian president Boris Yeltsin. Today, the tony mansion enclave is a popular haunt of political elites and oligarchs, regardless of the source of their funds.

The mansion is likely the home of General Mikhail Mikheyev, the head bodyguard of Russian Prime Minister Dmitry Medvedev, according to an investigation by OCCRP partner Novaya Gazeta. Property records list the owner as Natalia Mikheyeva, who shares the general’s last name. Her relation to him could not be established. Yet at least two sources and other corroborating information point to the general’s ownership.

Mikheyev’s position in the Federal Guard Service — the state agency charged with protecting top Russian officials — does not provide the sort of income that would explain the luxurious house. According to Russian regulations, he is prohibited from engaging in business.

Journalists have previously reported that Mikheyev was one of the few key points of access to the prime minister, allowing businessmen to approach him with requests to be passed to the top.

Two sources told Novaya Gazeta that the sprawling estate was in fact Mikheyev’s residence. To confirm, reporters delivered a letter prominently addressed to him. Staff at the property said it was the right place, and that they would get the envelope to Mikheyev. 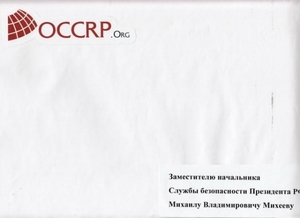 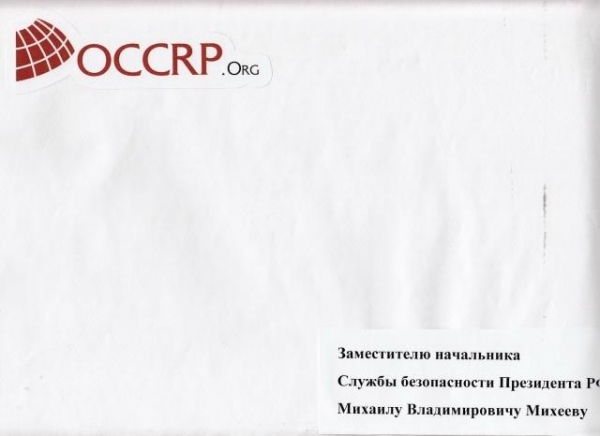 The letter contained questions about Mikheyev’s relationship to the property’s registered owner and whether the multimillion-dollar estate is listed in his asset declarations.

Mikheyev did not respond. The Federal Guard Service, which also received a copy of the letter, declined to disclose Mikheyev’s asset declarations.

According to public records, Natalia Mikheyeva purchased land in the area in 2011 from a company called Agrokomplex Gorki-2. OCCRP and Novaya Gazeta have previously reported that the company had given land to Federal Guard Service officers either for free or for nominal prices.

One of the controlling owners behind Agrokomplex Gorki-2 is Gavriil Yushvaev, who in the 1980s was jailed for robbery and is now one of the 100 wealthiest people in the country. Forbes estimates Yushvaev’s fortune at $1.5 billion.

Most recently, his name appeared in headlines with characters who are widely known in the criminal world.

On Nov. 17, 2017 Yushvaev attended the birthday party of Dmitry Pavlov, a businessman with criminal connections known to law enforcement as “Pavlik.” Other known criminal leaders were also in attendance, according to Russian business daily RBC.

The party, which took place in a Moscow restaurant, ended with a shootout after a dispute involving a car Yushvaev had parked at the entrance. Six people were injured, one of whom died in a hospital.

In 2014, Mikheyeva exchanged the plot for a larger one-hectare property just 200 meters away, where the mansion now stands. The value of this transaction was not revealed, but the exchange was facilitated by Barvikha Land, a company owned by a troubled businessman.

🔗The Master of Bankruptcy

Barvikha Land is owned by Felix Bazhanov, a businessman who made headlines in 2010 when, according to Russian state news agency RIA “Novosti,” police raided his Master-Capital bank in connection with the alleged theft and laundering of $1.8 billion.

The bank denied the report but in 2018 the Russian central bank revoked its licence and identified actions “bearing the evidence of theft of the Bank’s property or of masking previous operations aimed at withdrawal of its assets by issuing loans to borrowers, which are affiliated with the Bank’s owners, have dubious creditworthiness, and which are not engaged in real business activity, resulting in over 2 billion rubles of financial damage.”

This year, Bazhanov was also forced into bankruptcy by the state-owned development bank VEB, which he owed more than $92 million.

Mikheyev’s income is not disclosed, but annual salaries for Federal Guard Service deputy directors ranged from $80,000 to more than $115,000 in 2017. The agency director’s salary was just over $180,000 in 2017. It would take over 100 years at this top-level salary, which Mikheyev is unlikely to earn, to afford the residence where the general lives.

Mikheyev serves on the boards of at least two foundations: Feniks-9, described as supporting veterans of the Federal Guard Service and their families, and SBP President, a fund for law enforcement officers and the presidential security services.

In addition to Mikheyev, the board of the SBP President fund includes Pavel Borodin, a former presidential aide and Kremlin property chief, and businessman Obid Yasinov. Both have been detained in previous criminal investigations.

Borodin was arrested in the United States in 2001 in connection with a Swiss investigation into money laundering, corruption, and embezzlement. Yasinov, who is also chairman of a construction company, was arrested in Moscow in May 2018 in connection with a criminal investigation into the company’s failure to build 400 apartments for National Guard employees.

Russian foundations such as Feniks-9 and SBP President are notoriously untransparent in their function, so much so that the Federal Security Service (FSB) has shut down nearly all foundations that used the agency’s name. According to one FSB officer tasked with addressing the problem, the foundations had been trying to exploit their connections to security services and served as platforms for connecting security officers with businessmen.

Plots in coveted locations were given on important occasions and holidays, a Federal Guard Service employee told Novaya Gazeta. Guards either paid nothing for the plots or “bought them for some kind of ridiculous and symbolic amounts,” he said. Another state security employee said the gifts were rewards for loyalty and service to the country. 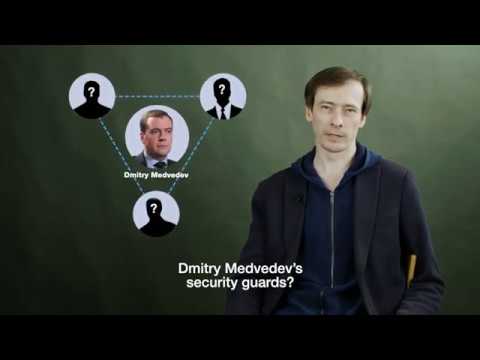 This video version of the story includes drone footage of Mikheyev’s estate and the delivery of the letter. Credit: Novaya Gazeta/OCCRP

For one unbearable month, the Ukrainian village of Andriivka was terrorized by its Russian occupiers. Reporters from IStories pieced together a partial picture of the looting, mayhem, and murder perpetrated in Andriivka, tracked down the soldiers responsible — and secured a shocking confession.