Late last year, the southern African nation of Namibia was rocked by the “Fishrot” scandal, in which officials stood accused of arranging for lucrative fishing rights to be granted to the Icelandic fishing giant Samherji.

Since then, OCCRP member center The Namibian, which helped break the story, has spent months looking into how key figures involved in the scandal have invested in the country’s property market.

Read More From The Namibian

The Spoils of Fishrot

The Windhoek-based newspaper has uncovered 27 properties in Namibia worth more than N$39 million (US$2.1 million at current rates) that were purchased by five principal figures in the scandal between 2012 and 2019, the period of the alleged corruption.

The men, who include fisheries officials, the former justice minister, and well-connected businessmen, have been charged with crimes including money laundering and accepting bribes in exchange for granting lucrative fishing rights to the Icelandic company Samherji.

The Namibian does not have evidence that any of these properties were purchased with funds received from the Fishrot deals, but two were bought through companies that received kickback payments through an offshore network linked to Samherji.

Several of the Namibians involved in the scandal have been arrested, including former fisheries minister Bernhard Esau, his son-in-law Tamson “Fitty” Hatuikulipi, former Justice Minister Sacky Shanghala, and Mike Nghipunya, the suspended head of Fishcor.

Two top managers of a Namibian branch of the South African investment fund Investec have also been arrested for their alleged involvement in their scheme: James Hatuikulipi, the firm’s managing director for asset management (and Tamson Hatuikulipi’s cousin), and the firm’s former head of client management, Ricardo Gustavo.

Altogether, they are charged with depriving the Namibian state of millions of dollars, even as more than a third of Namibia’s population lives at or below the poverty line. Two of the men deny the charges they face, including bribery and money laundering.

Namibia places tough regulations on commercial fishing deals, with licenses to fish its waters carefully doled out to companies and individuals. When Samherji was considering extending its operations in the country in 2012, quotas for catching the mackerel it sought had already been issued.

So the company and its allies in the Namibian government found a loophole: signing a state-to-state agreement to give a valuable quota of mackerel to the neighboring country of Angola, which could be issued with less scrutiny than a typical fishing license.

But the quota to catch the mackerel was handed to a front company prosecutors say Gustavo set up, which then resold the fishing rights, for far below market value, to a company in the Samherji group. Much of the money paid for the fishing rights never reached the Namibian government; instead, investigators say, it was pocketed by the accused, along with millions more in alleged bribes.

The scheme came to light last year when whistleblower Johannes Stefansson, who had managed Samherji’s Namibia operations until 2016, leaked a vast trove of documents to Wikileaks, including bank records, emails, contracts, and affidavits from people involved in the deals.

One central figure in the scandal was Tamson “Fitty” Hatuikulipi. His 2011 marriage to the daughter of fisheries minister Bernhard Esau, who was responsible for issuing fishing rights for Namibian waters. presented him with an opportunity to start fixing fishing deals, despite having no known experience in the field. 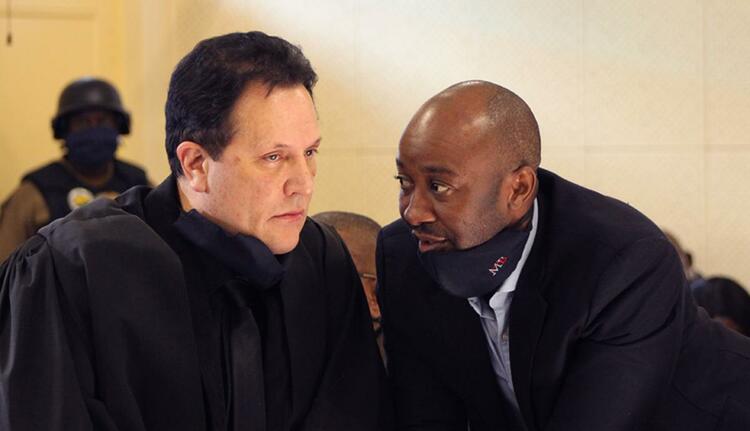 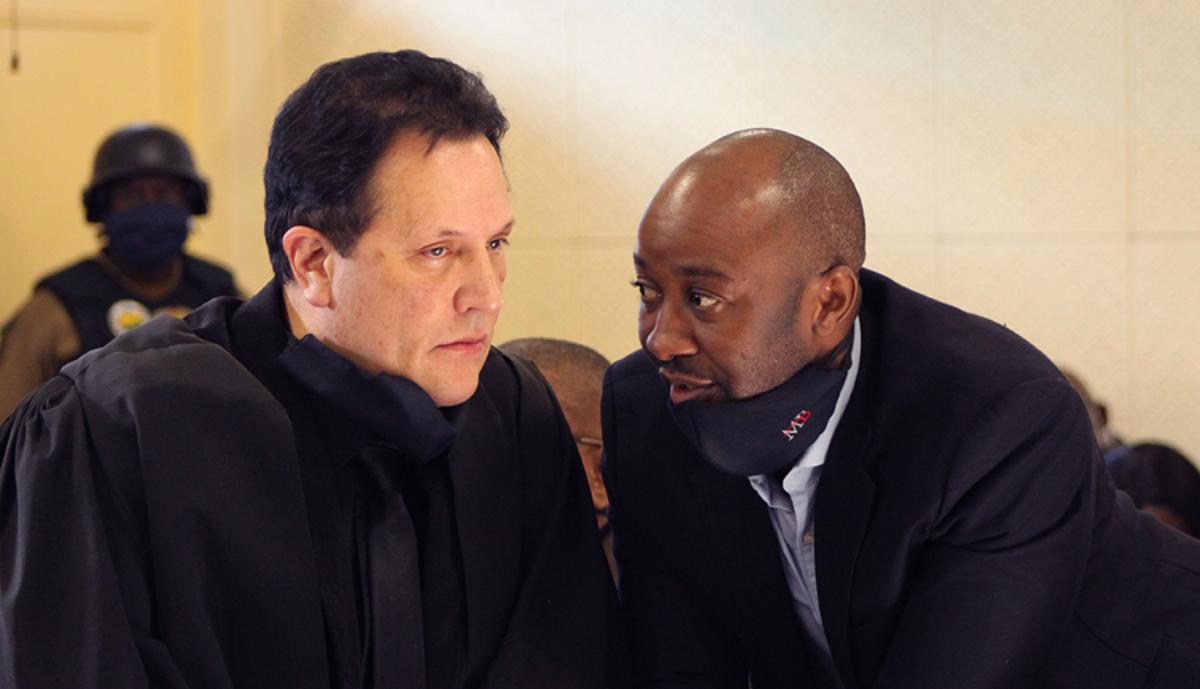 Bank records seen by The Namibian show that Hatuikulipi started receiving tens of thousands of dollars in unexplainable payments from a Namibian fishing company three months after his marriage.

But he had bigger deals in his sights. He became an important local contact for Samherji, meeting Stefansson at a Hilton hotel in Windhoek and showing him an iPad with a photograph of himself with the minister’s daughter to demonstrate that he was someone worth doing business with, Stefansson said.

As he began to receive payments from Samherji for “fixing” services in 2014, Hatuikulipi also became something of a local property investor.

The Namibian has tracked down at least 15 properties he purchased in Namibia, worth about N$14 million (US$1 million), between 2012 to 2019. They include land and residences in Windhoek, Swakopmund, and Ondangwa. 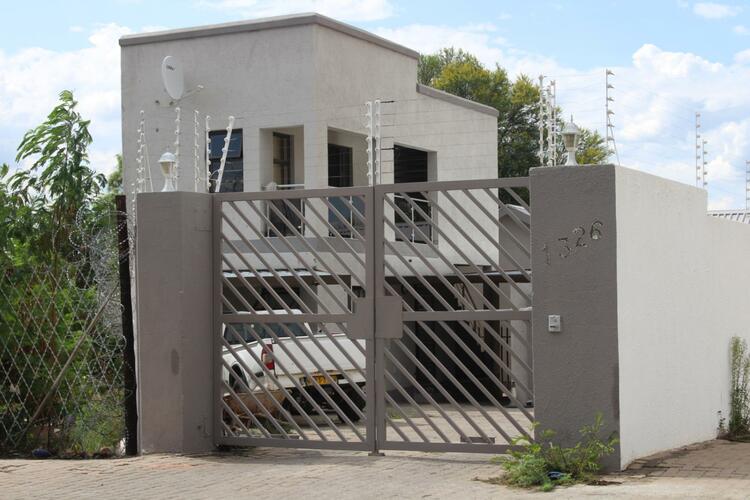 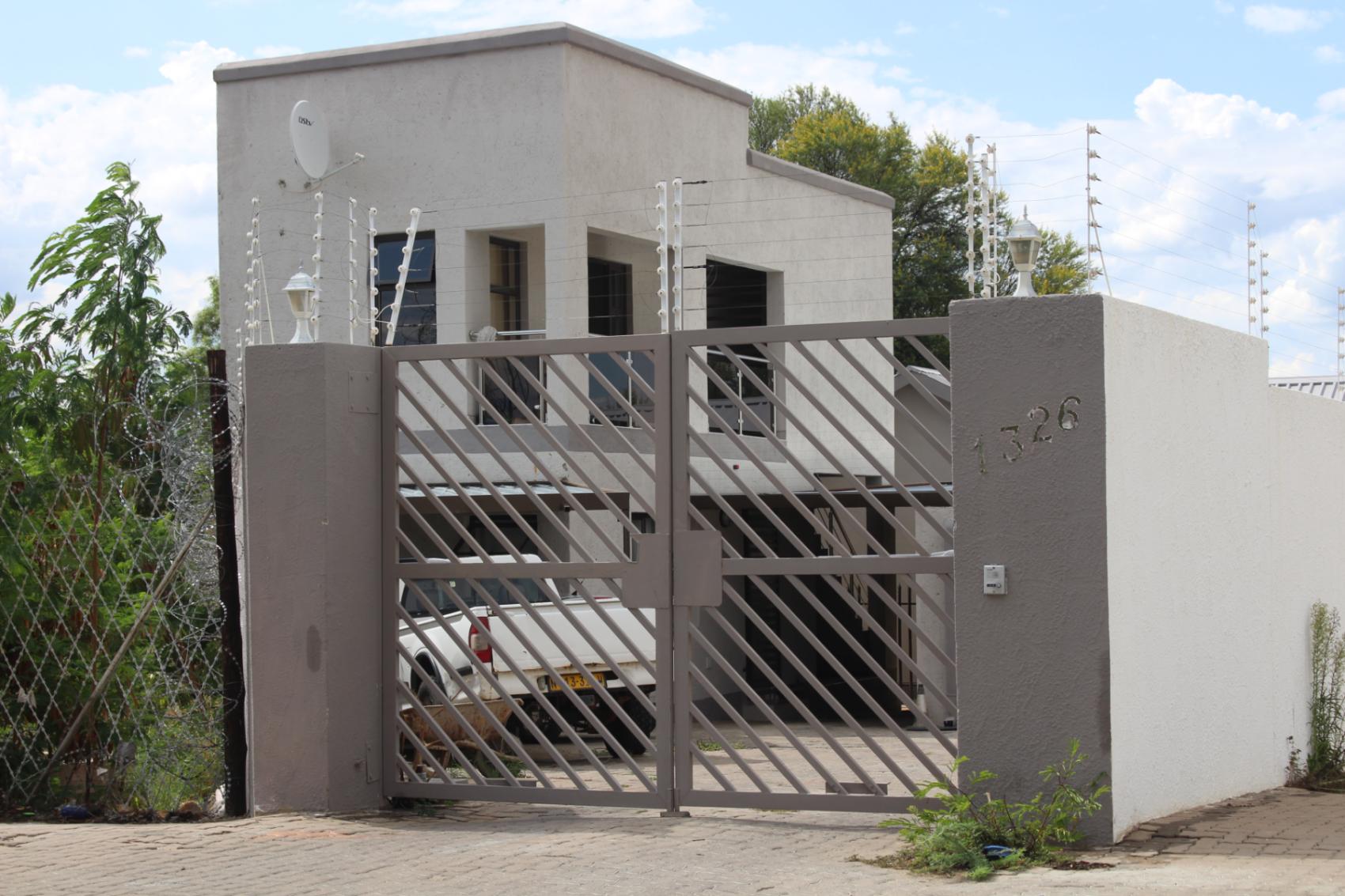 Credit: The Namibian One of "Fitty" Hatukulipi’s properties in Windhoek.

Hatuikulipi and his wife bought five properties, valued at a total of N$5 million (US$332,000), last year alone. One of the most expensive is a plot in the leafy Windhoek suburb of Hochland Park, which he bought for N$2 million (US$132,000) in October 2019, just before the Fishrot scheme was revealed.

In December, the Anti-Corruption Commission of Namibia filed documents demanding more information on 15 properties owned by key Fishrot figures (The Namibian’s list of properties, drawn up independently, includes 12 that were not flagged by the commission). Twelve of them — including the Hochland Park property — are owned by Hatuikulipi.

Hatuikulipi’s lawyer, Richard Metcalfe, told The Namibian that his client was independently wealthy before marrying Esau’s daughter, that he had acted within the bounds of the law by acting as a fixer to help Samherji obtain fishing quotas, and that the Anti-Corruption Commission did not understand Namibia’s fishing industry.

“There was no illegality to be paid sourcing fees albeit it was designated as a consultancy fee,” he wrote in an email. “He certainly needed no assistance from his father in law in any manner whatsoever where he was able to source such quotas from fishing right [sic] holders.” 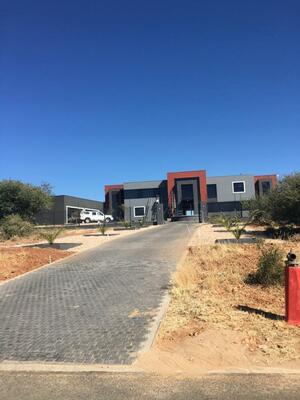 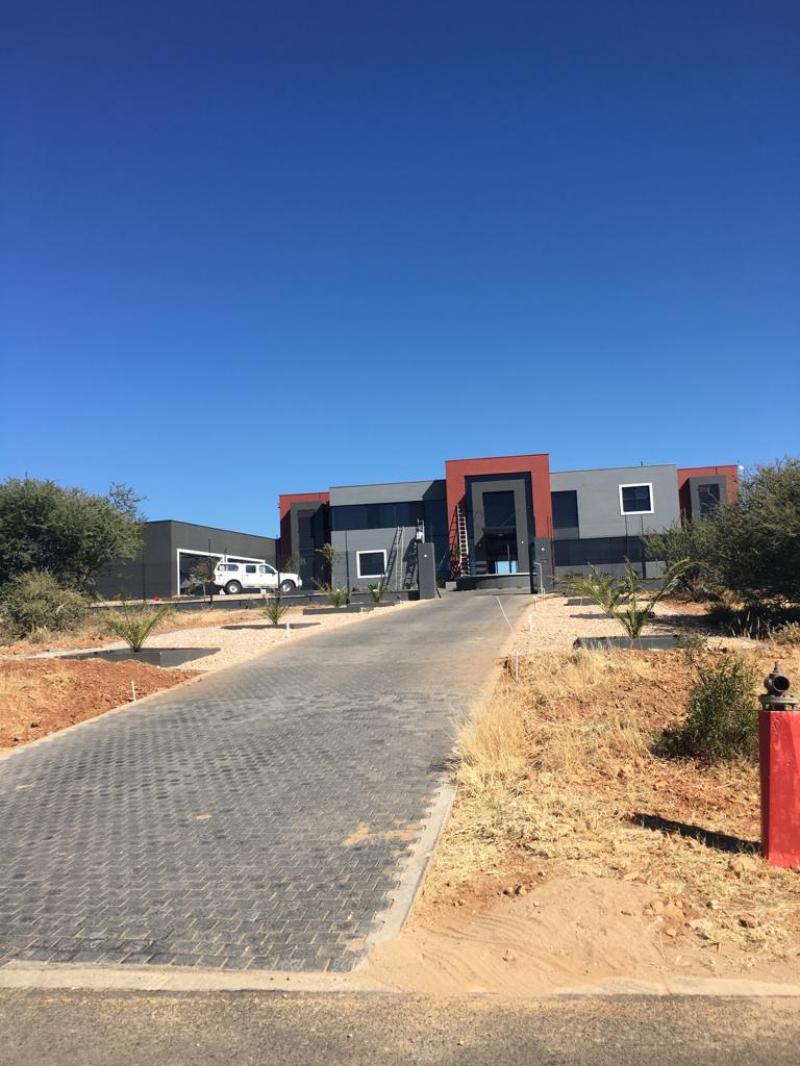 Credit: The Namibian One of the properties bought by James Hatuikulipi.

Although “Fitty” was the most prolific property buyer, others involved in the Fishrot scheme also saw real estate as a good investment.

His cousin, James Hatuikulipi, then the chairman of Fishcor and managing director at Investec Asset Management Namibia, was named by the whistleblower as a key figure in the scheme. His colleague at Investec, Ricardo Gustavo, would set up the Angolan front company that received the fishing rights sought by Samherji.

Deeds Office documents show that James Hatuikulipi acquired at least three Namibian properties during the period of the alleged bribery. Two of these properties are also linked to his close associate, David Izak Moller. Moller is the managing director of Hatuikulipi’s company, D&M Rail, which won a controversial N$150 million ($18 million) railroad repair tender from Namibia’s Works and Transport Ministry in 2012.

In response to questions from The Namibian, Moller said the Academia property was bought with the proceeds of another property deal, and the Olympia property through a loan from Bank Windhoek.

Moller confirmed that James Hatuikulipi is still a shareholder in D&M Rail, which continues to benefit from state railway deals. He added: “I’m sure you can appreciate that in view of his [Hatuikulipi’s] continued incarceration, his role going forward is not clear as yet,” Moller said.

James Hatuikulipi’s colleague, Gustavo, purchased a 7,638-square-meter property for N$2.2 million (US$155,000) in a gated community in Finkenstein, an elite residential area.

Others connected to the schemes also got into the property game. 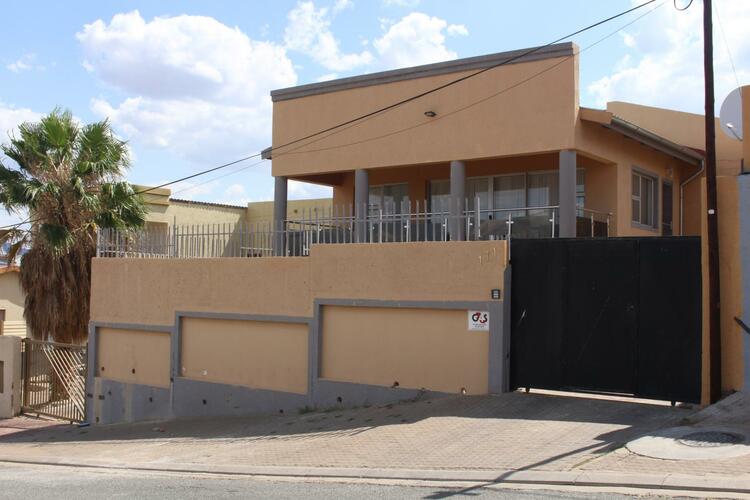 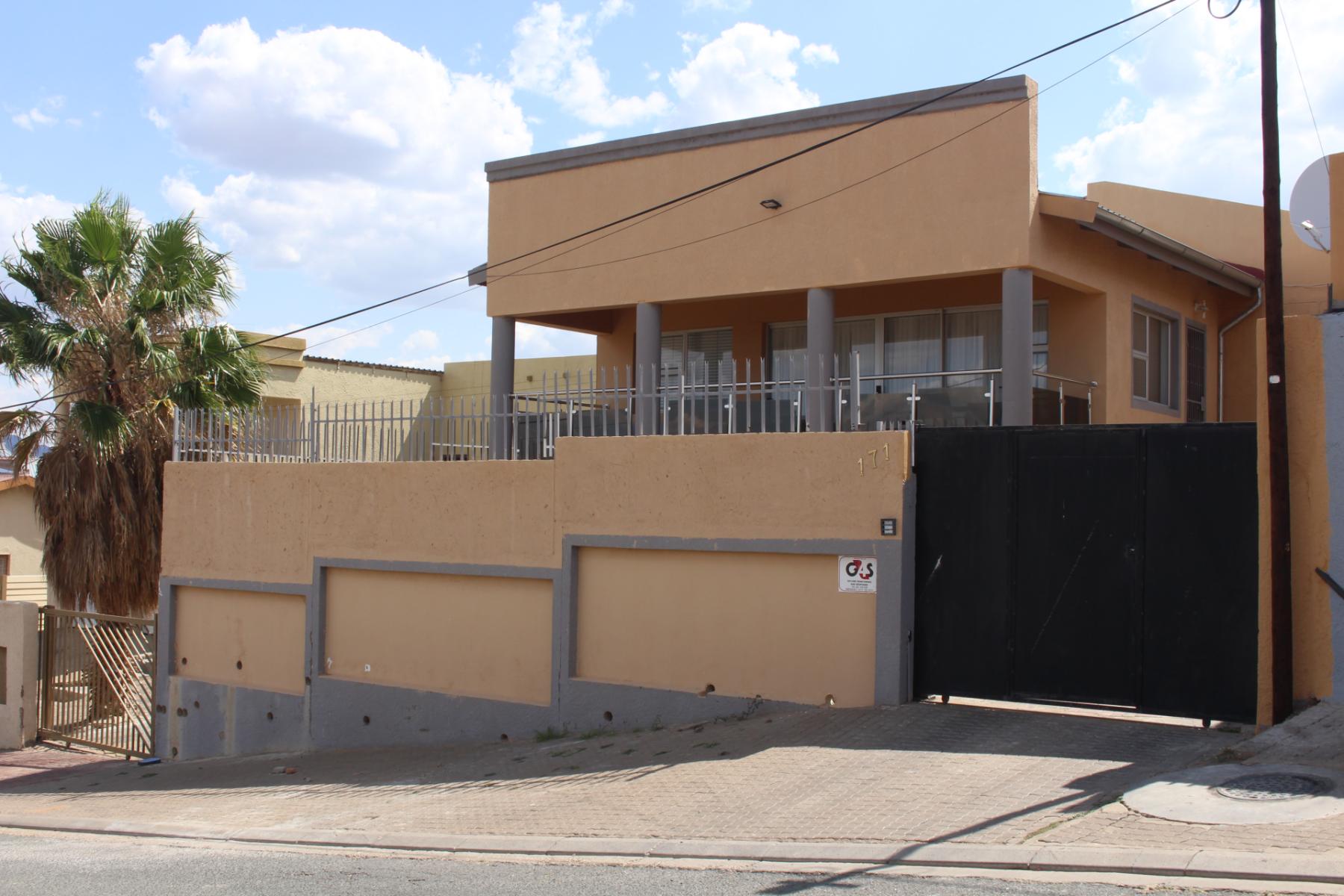 Credit: The Namibian One of the properties purchased by Mike Nghipunya while he was chief executive of Fishcor.

Mike Nghipunya’s rapid rise to the helm of the national fishing company in 2014 raised eyebrows among industry players. His LinkedIn account shows that in 2010 he was a regional statistician at the National Planning Commision. Then, he joined the fisheries ministry as an economist. In 2014, the same year James Hatuikulipi was appointed by Esau as chair of Fishcor’s board, Nghipunya became its chief executive.

Nghipunya, who has been named in leaked documents as a key player used to push through dubious fishing deals and was arrested in mid-February for his involvement in the deals, bought five properties, worth approximately N$2.6 million ($205,000) while leading Fishcor.

He did not respond to a request for comment.

Another key player in the affair was Justice Minister Sacky Shanghala, a business partner and longtime friend of James Hatuikulipi. Together, they control a property firm called Olea Investment Number 9 CC that received at least N$4.5 million ($350,000) in payments from Fishrot fishing deals.

In 2017, Olea acquired two farms for a total of N$11.5 million (US$860,000), deed documents show. The two men were arrested together on the property in November on charges related to corruption, money laundering, and fraud. 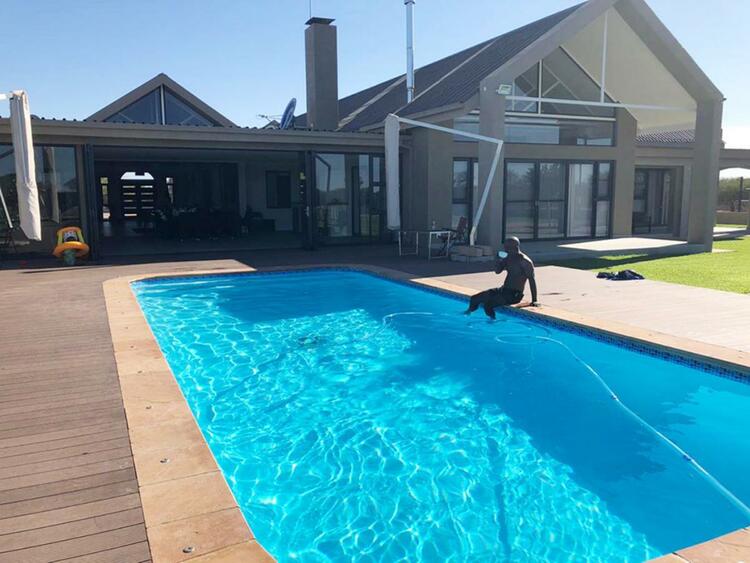 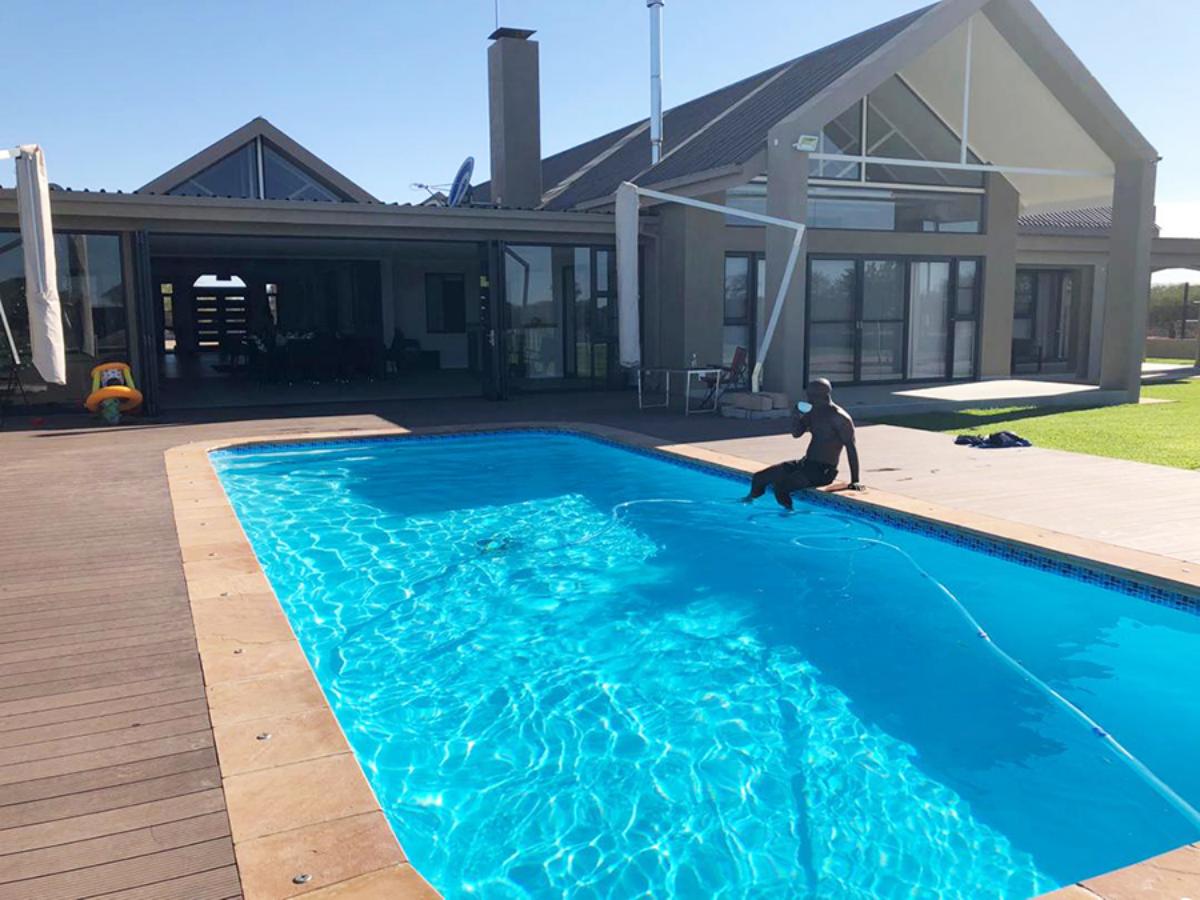 Shanghala has denied any wrongdoing and claimed that he was not in charge of Olea.

Shanghala is also a trustee, along with James Hatuikulipi, of an entity called Cambadara Trust, which is suspected of having taken in bribes from fishing deals. In 2012, the Cambadara Trust purchased a property in Finkenstein for N$1 million ($125,000). (The Namibian and OCCRP have not uncovered proof that Shanghala and Hatuikulipi were trustees of Cambadara in 2012.)