At Gromov’s insistence, the first (and current) editor-in-chief of Russia Today, the worldwide pro-Kremlin channel now known as RT, was Margarita Simonyan.

Gromov and Simonyan remain good friends, and Simonyan’s family has done well during their relationship.

Several years ago, a large company in Russia’s Bashkir region was in need of public relations support. A call was made from the presidential administration to recommend Alisa Simonyan, Margarita’s younger sister, for the job, The Project was told by a source familiar with the issue. 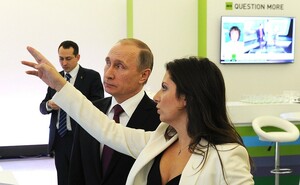 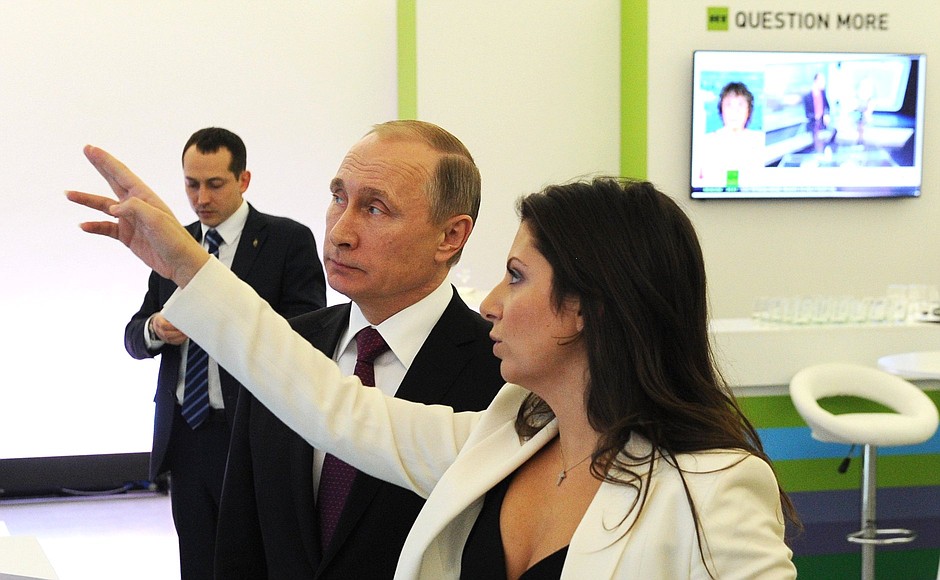 Alisa Simonyan was hired to provide PR for large state projects the coverage of which Gromov oversaw, including the Olympic Games in Sochi, the World Cup, and the construction of Russia’s new bridge to occupied Crimea, despite the fact that she was not known to have any experience in the industry.

Margarita Simonyan confirmed to The Project that her sister worked on these events.

Her privileged position was especially clear in the case of the Crimean bridge, which opened in May 2018.

Alisa Simonyan was hired to provide PR for the project by Stroygazmontazh, the construction company working on the bridge, which is owned by oligarch Arkady Rotenberg, a friend of Putin.

The PR staff hired by Alisa Simonyan work through an association called the Crimean Bridge Information Center, according to one of its employees. The center was established by subsidiaries of RT, which Margarita Simonyan heads, but it is supervised by Alisa.

Gromov’s youngest son, Danila, also works in the center. Responsible for social media marketing, among other things, he created the viral “Bridge Cat” campaign, built around images of a real cat said to have been involved in the bridge’s construction.

Alisa Simonyan is in high demand because she is “capable,” but also because “all are impressed by her connections,” said an employee who has worked with her.

Margarita Simonyan is also engaged in her own independent commercial activities. She confirmed to reporters that after becoming head of RT, she started a PR business and hired Alisa, who later left to start her own firm. She stressed that she is not a public official and has the right to engage in private business, but declined to disclose the names of her clients.

Margarita Simonyan insists that her business has nothing to do with Gromov. “He doesn’t even know who our customers are. Our business began and has developed without any participation from Gromov. I can confirm this on the [lie] detector,” she told The Project.