In the summer of 2017, a secret encounter took place on a luxurious yacht moored in the coastal Montenegrin town of Budva.

A photograph obtained by KRIK, OCCRP’s Serbian member center, shows three men and two women sitting on white leather sofas, enjoying a meal and engaged in conversation. (The timing and location of the meeting are based on the word of the anonymous source who provided the photo.)

It’s not known who the women are. The men, however, have been identified — and they make for unlikely dinner companions. 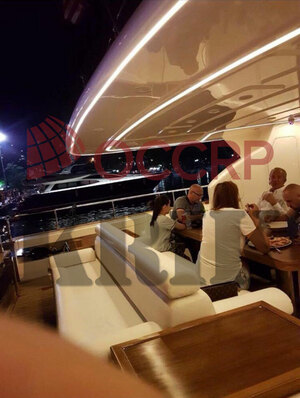 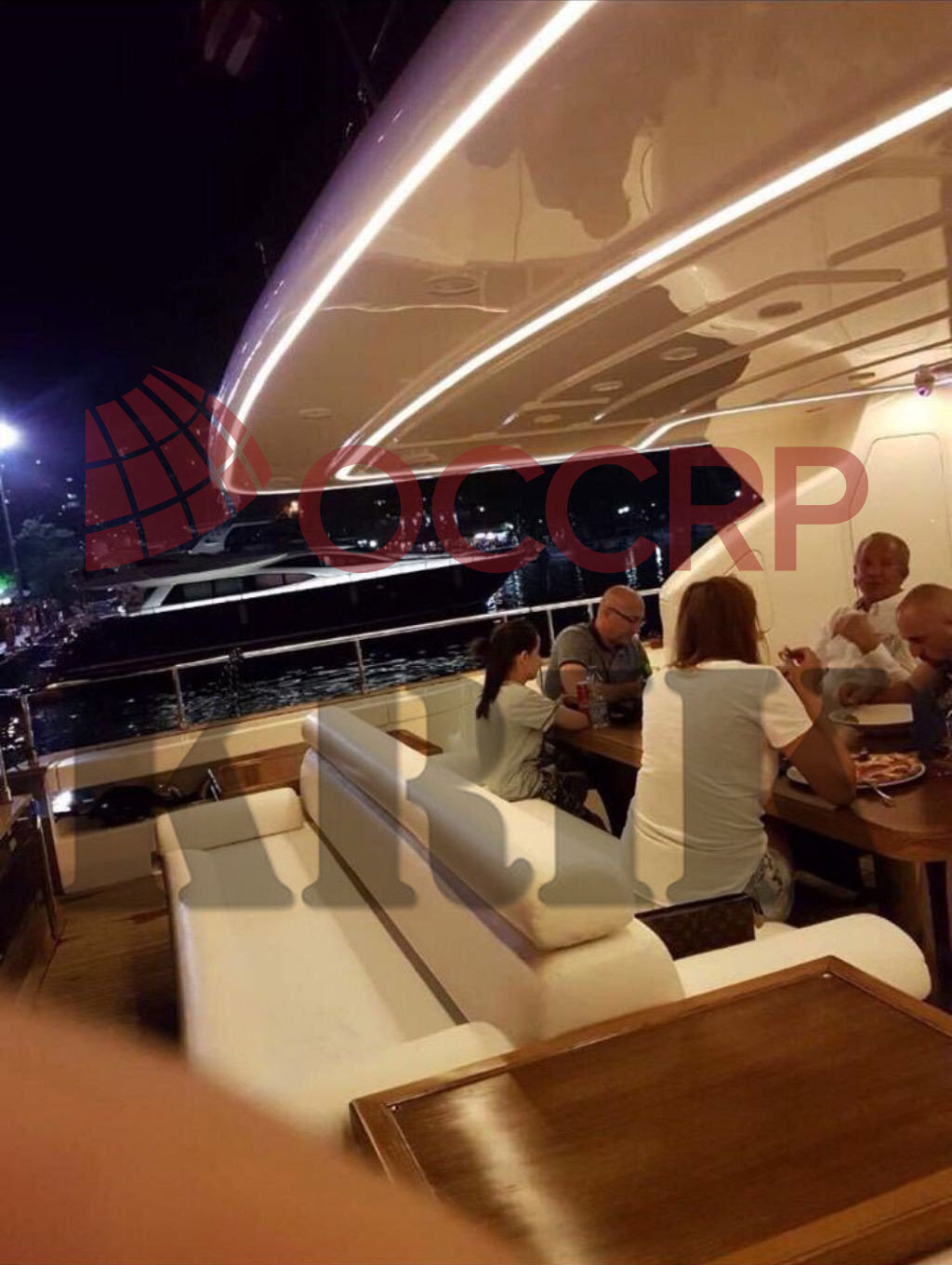 The man wearing a white shirt in the middle of the photo is Behgjet Pacolli, a wealthy Kosovar Albanian businessman who led a political movement that had helped secure Kosovo’s independence from Serbia. He also briefly served as the country’s president and is currently its foreign minister.

Sitting with him were two figures on the other side of Kosovo’s ethnic divide. One was Goran Rakić, who around the time of the photo had been elected president of the Serbian List, the country’s largest Serbian party. The other was Milan Radoičić, allegedly a powerful organized crime figure known to wield great influence in the party.

It was a tense time. A parliamentary election had just been held, but no party won a majority, and negotiations to form a government were under way.

The person who provided the yacht photo to KRIK said it captured a meeting that proved key to an eventual resolution of the gridlock. This claim proved impossible to confirm, since none of the participants agreed to talk to reporters.

But just as the deadline approached — shortly after the meeting on the yacht, according to the source of the photo — Pacolli made a sudden political U-turn.

Leaving his own moderate allies behind, he led his party to join the PAN Coalition, a group known as the “war wing” because it included Albanian parties headed by former Kosovo Liberation Army (KLA) commanders. This gave its leader, Ramush Haradinaj, the votes to form a government.

Haradinaj — a notorious KLA commander who has been acquitted of war crimes at the International Criminal Court — became prime minister. Pacolli became foreign minister. Because the Serbian List was also on board, it also got several cabinet posts.

In July 2017, Gazeta Express, a Kosovo-based website, published a photo of Haradinaj sitting with Radoičić in a Pristina restaurant called Tiffany. The two men were casually dressed, and the photo was secretly taken from the next table.

This meeting started rumors about whether Radoičić and Haradinaj had agreed that the Serb List would support Haradinaj and his coalition. The yacht photo was taken around the same time – while negotiations about the government were ongoing.

“Haradinaj did not have enough votes even with Serbian List, so [Pacolli’s party] came to the rescue,” said Agron Demi, a policy analyst at GAP, a Pristina think-tank. “His move was a surprise because during the election campaign he accused members of the coalition of threatening him.”

It’s not known whether the yacht meeting was instrumental in Pacolli’s sudden turn-around. But it’s noteworthy that Radoičić, the alleged criminal known as the “lord of North Kosovo,” had been present.

According to Rada Trajković, a local analyst and former Kosovo legislator, Radoičić is a key, if unofficial, decision-maker within the Serbian List.

“[Party leader Rakić] is not a man who makes any decisions. Radoičić is the one who pulls the strings in the Serbian List,” said Trajković, who now runs an NGO called the European Movement of Serbs from Kosovo.

A Lobbyist for Independence

Pacolli, a 68-year-old Swiss citizen born in Kosovo, is a well-known figure both in his homeland and abroad. He is often described as Kosovo’s wealthiest man, with media outlets estimating his net worth at 900 million euro. Before entering politics in 2006, he had already made a name for himself as a construction magnate and one of the most prominent lobbyists for the recognition of Kosovo’s independence from Serbia. 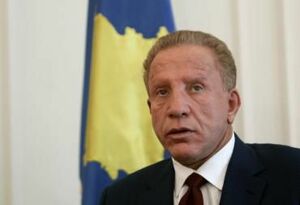 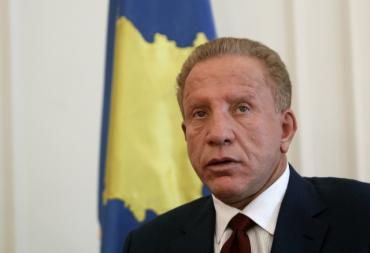 In the late ‘90s, Pacolli was involved in a major corruption scandal in Russia after his Swiss construction company, Mabetex, won lucrative contracts to renovate the Kremlin. Two years later, prosecutors opened an investigation into Pacolli, suspecting him of having bribed high-ranking Russian officials. In some reports, then-president Boris Yeltsin and his two daughters were mentioned as the recipients of the bribes.

But Pacolli’s Russian troubles wouldn’t last long. The prosecutor general leading the investigation against him, Yuri Skuratov, was soon fired after compromising footage appeared in public supposedly showing him having sex with two alleged prostitutes. Vladimir Putin — then director of the FSB, the country’s secret service — announced that the man in the video was indeed Skuratov.

The case was reassigned to another prosecutor, who closed it due to lack of evidence. A bribery and money laundering investigation in connection with the same case was also discontinued in Switzerland.

At the time, Pacolli was already an important lobbyist for Kosovo’s independence, establishing for this purpose an organization called the New Kosovo Alliance which later evolved into a relatively moderate political party.

Before the summer of 2017, Pacolli and his party had been part of a coalition led by a previous prime minister, Isa Mustafa. Pacolli rejected any potential cooperation with the PAN (“war wing”) coalition, describing such a thing as “almost impossible.”

But he appears to have changed his mind sometime after meeting with Rakić, the Serbian List’s formal leader, and Radoičić.

The Serbian List, which was part of the previous government, had also not been expected to join the PAN coalition, since its leader Haradinaj is viewed by many Serbs as a notorious war criminal for his actions during Kosovo’s war of independence.

In the end, both Pacolli and the Serbs joined up.

“The interest of Kosovo — the national interest — is above the party’s interest,” he said at the time, explaining his change of mind. “I consulted my international friends, the most important friends of Kosovo, and also citizens, and made the right decision. There was no alternative.”

As for the Serbian List, three months after becoming prime minister, Haradinaj made the extent of Radoičić’s influence clear. “I talk with everybody, with Radoičić,” he said on a Serbian-language talk show based in Kosovo. “He is the one you go to for everything.”

At the time of the 2017 elections, Radoičić did not hold any formal political position, but his authority in the underworld and his group’s violent means made him a go-to man. 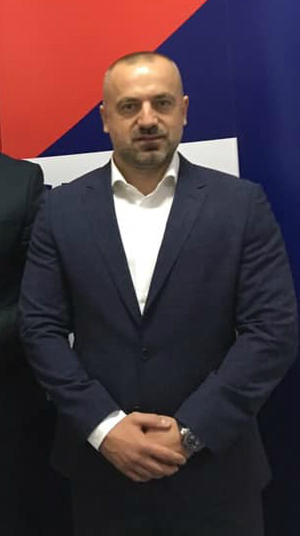 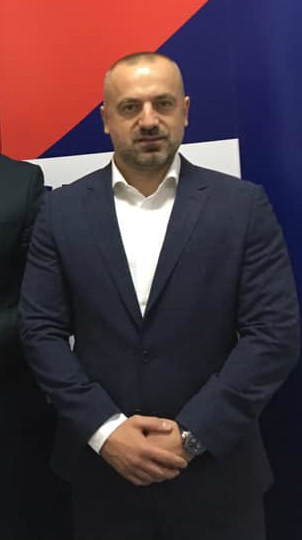 Radoičić is the right-hand man of Zvonko Veselinović, a notorious Serbian businessman from northern Kosovo who was described in Serbian police and intelligence reports obtained by KRIK as a leading organized criminal figure.

According to these reports, his group was involved in various crimes, including the trafficking of drugs, arms, and oil in the north of Kosovo. Radoičić worked as a courier, carrying packages of drugs from Kosovar Albanian drug lords to Serbia.

Serbian law enforcement made several attempts to prosecute both Veselinović and Radoičić, but failed every time. Radoičić even went on trial for kidnapping but was eventually acquitted after the victim changed his testimony. He was sentenced only once for possession of fake documents.

The Serbian List — the Kosovo political party on which Veselinović and Radoičić are known to have influence — was formed in 2014 and quickly grew to be the only player in the territory’s Serbian community.

Several harrowing events helped its rapid rise. Prior to the 2014 local elections, Oliver Ivanović, a rival politician, was arrested and placed in police custody. Another competing candidate was assassinated. A third candidate pulled out of the race.

The Serbian List was also the only party to enjoy unconditional support from the Serbian government. Before becoming Serbia’s president, Aleksandar Vučić openly expressed his support for Veselinović in his speeches, praising his fighting for Kosovo’s Serbian community.

Veselinović even met with Vučić’s brother in 2015, as KRIK and OCCRP revealed earlier this year on the basis of another key photograph.

The double revelations reveal an ironic truth: Even as Belgrade and Pristina remain at odds over Kosovo’s independence, an interconnected set of alleged criminal figures has access to powerful people in both governments.

Radoičić formalized his role in the Serbian List in June 2018, when he became the party’s vice president.

But he had been influential long before that.

“The former mayors of Serbian towns in Kosovo complained to me that Radoičić was the one making all the decisions,” explained Trajković, the former Kosovo legislator.

“They told me he held informal office in the restaurant Gray [in the Serbian town of Kosovska Mitrovica], where he was giving orders who should do what. He picked the names of future Serbian ministers [in Kosovo], chiefs of police in northern Kosovo, Serbian judges [in Kosovo]. And he was on direct line with Haradinaj.”

Now, however, Radoičić is no longer at home. Soon after assuming the leadership role on the Serbian List, he fled Kosovo after being sought by police on suspicion of involvement in the January 2018 political assassination of rival politician Oliver Ivanović. After he disappeared, a warrant was issued for his arrest. He remains at large.

Unsurprisingly, Serbian president Vučić came to his defence. After meeting with Radoičić in Belgrade, Vučić said that Serbian police had questioned him and were sure he was not involved in the murder. Rather, Vučić insisted, Radoičić was a patriot who defended Kosovo’s Serbs. The case against him, he said, was politically motivated.

In Kosovo, meanwhile, Radoičić has become an increasingly toxic figure.

“After the killing of Ivanović, politicians on Kosovo started distancing themselves from him,” said Demi.

Nevertheless, his influence may be felt for years to come.

With additional reporting by Lawrence Marzouk.

Russian Foreign Minister Has a Longtime Female Companion With Over $13 Million in Unexplained Assets
Ownership of Chemicals that Exploded at Beirut Port Traces Back to Ukraine
How a Russian Mobile App Developer Recruited Phones into a Secret Ad-Watching Robot Army
Catalan Separatists Tailored Public Messaging to Avoid Antagonizing Russia: ‘You Have to Avoid Navalny For Sure’

A year after a massive shipment of ammonium nitrate exploded in Beirut, an OCCRP investigation has settled one of the biggest lingering questions: who actually owned the cargo. A trail of documents reveals a decades-old chemical-trading network controlled by Ukrainians, hidden behind a veil of proxies and shell firms.

A Russian mobile app publishing network appears to have infected millions of phones with malware that converts games into quiet money-making machines.

Contract Tobacco Farmers in Zimbabwe Say They Are ‘Drowning in Debt’

Growers say they often end up trapped in a painful debt cycle as they struggle to pay for expensive inputs they can ill afford, while a controversial currency system run by Zimbabwe’s central bank saps much of what is left of their income.