The trucks in question were made by sanctioned Belrussian state company BelAZ, one of the world’s top manufacturers of large trucks and dump trucks, and a major source of income for Lukashenko’s regime.

The European Union sanctioned BelAZ in June 2021 in the midst of a violent crackdown by Lukashenko on civil society, journalists, and opponents in the wake of a disputed election.

Since then, EU businesses and citizens have been prohibited from having any dealings with BelAZ. But the company still has customers overseas — and it needs to get its trucks to them. Belarus has no coastline, so any trucks sold by BelAZ would need to be shipped via another country such as Lithuania.

Nerijus Maliukevicius, a Vilnius-based political scientist, said the Baltic nation has long been a tempting destination for those looking to bypass sanctions since it is poised between Eastern and Western Europe.

“We speak the language [Russian], we have the cultural understanding, and that creates a gray area for such schemes,” he said. “In the regions near the border, there are people who get involved in smuggling and, more broadly, people who help particular actors in bypassing sanctions.” 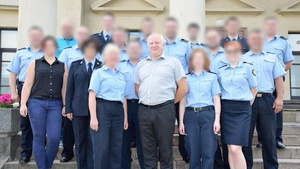 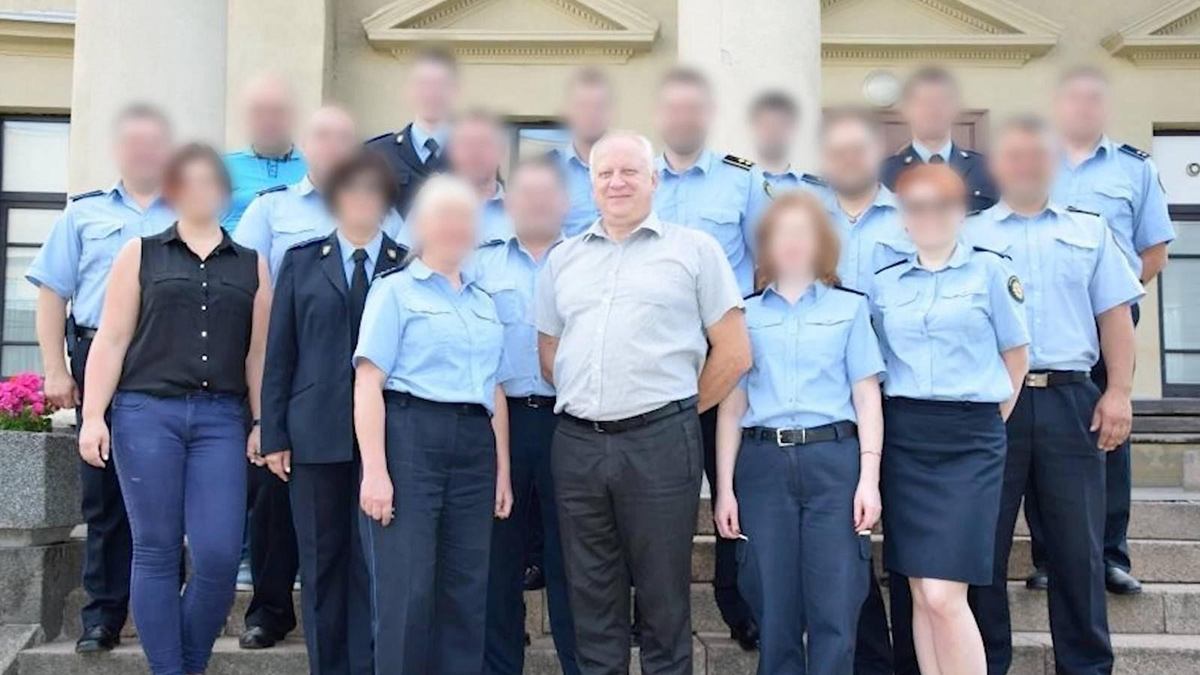 In this case, the prison warden, Aleksejus Liniovas, controlled a Belarusian logistics firm that signed a $1.1 million contract to help deliver 10 BelAZ trucks to Chile in August.

Lithuania’s Ministry of Foreign Affairs told journalists the deal likely violates EU sanctions — a breach that carries a penalty of up to five years in prison. However, after the news of his Belarusian venture went public in an earlier version of this story published in Lithuania, Liniovas quietly transferred ownership of the company to another person.

Liniovas, who could not be reached for comment, retired as deputy director of Vilnius Correction House in July 2018, after almost four decades working in the detention system. Pictures of his retirement event were posted to the prison’s website, with a press release lauding his impact on the facility and the “priceless experience” he had passed on to his subordinates. It even included a short poem.

Some five months after quitting, Liniovas took control of a Cyprus-based company that owned a Belarusian logistics company called Belship. It is unclear how or why he did this, or what funds he used for the takeover. The following year, Liniovas bought Belship outright from the Cypriot company, which has since closed down.

Belship had already been working with BelAZ since at least 2015, according to its website, which details how it transports BelAZ trucks, used around the world to haul super-sized loads on mining sites. 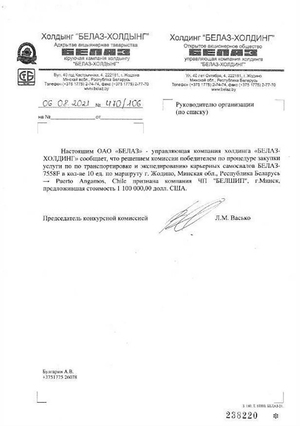 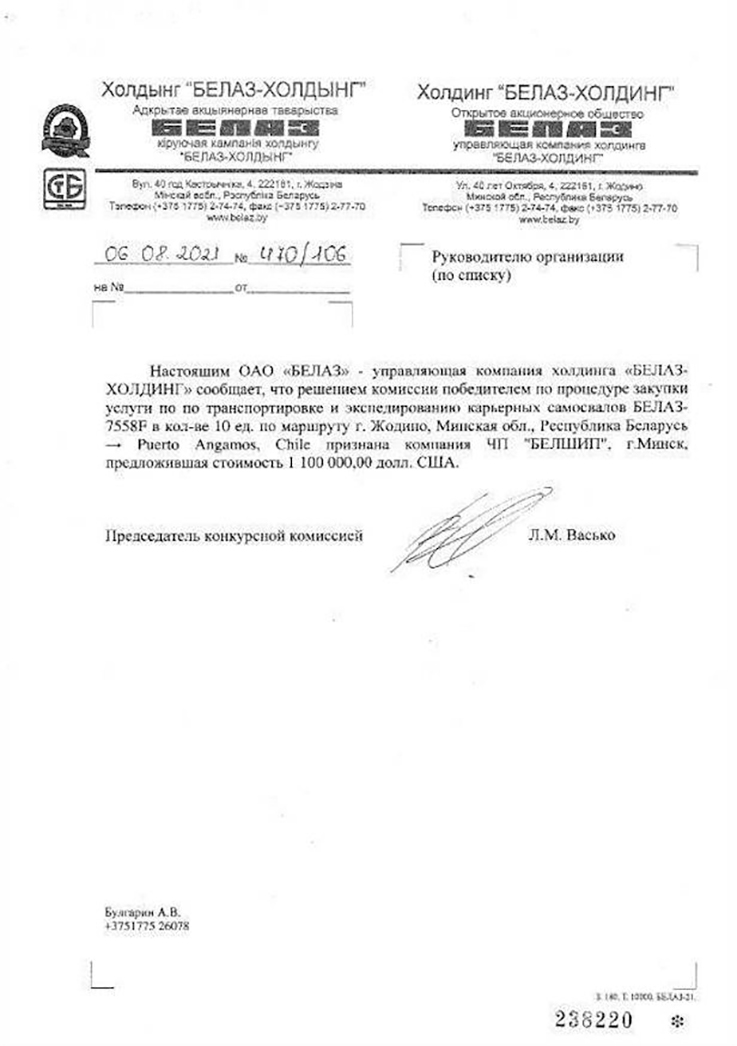 Those deals did not stop after BelAZ was sanctioned by the EU in June 2021. In August, leaked documents show BelAZ hired Belship — by that time owned by Liniovas — to deliver 10 trucks to Chile for a fee of $1.1 million.

“A Lithuanian citizen, being the sole shareholder of a company and benefiting from a deal with a sanctioned subject, can be treated as being in violation of the sanctions,” the Lithuanian Ministry of Foreign Affairs told Siena in a written statement.

Lithuanian Member of Parliament Mindaugas Lingė filed a complaint against Liniovas with prosecutors after learning of reporters’ findings.

“The information disclosed in the investigation allows [us] to reasonably ask questions whether the EU sanctions implemented in Lithuania have not been violated,” said Lingė, who is a member of the Anti-Corruption Commission in the Lithuanian Parliament.

However, less than two weeks after Siena published its Lithuanian version of the story, the former prison deputy head transferred ownership of Belship to one of its employees, a Belarusian. Company records show that Liniovas pulled out of Belship on October 11th.

In turn, the Lithuanian Financial Crime Investigation Service (FCIS) refused to launch a case against Liniovas. In a written response, the authority said no criminal activity had been identified and it didn’t have enough “data” to prove that BelAZ had hired Belship. However, documents obtained by Siena show that the FCIS was provided with a copy of BelAZ’s official decision to pay Belship $1.1 million to transport 10 trucks to Chile.

Credit: Alamy Stock Photo A stamp printed in Belarus shows an image of a truck made by state-owned BelAZ.

BelAZ also tried to send a shipment of trucks to Chile through Klaipeda in September, but was stopped by Lithuanian customs.

“BelAZ is on the sanction list, so any economic activity is prohibited according to the sanctions,” Rolandas Jurgaitis, a senior adviser in the customs procedures department, told Siena.

But a couple of weeks later, customs decided to release the shipment. According to Jurgaitis, the government relented because documents were provided which proved that BelAZ had received most of the money for the shipment before the sanctions were applied.

However, the dump trucks are still in Klaipeda. Local news portal Atvira Klaipeda reported that the company that was supposed to handle the shipment became hesitant to move the trucks out of Lithuania due to U.S. sanctions on the Lukashenko regime. 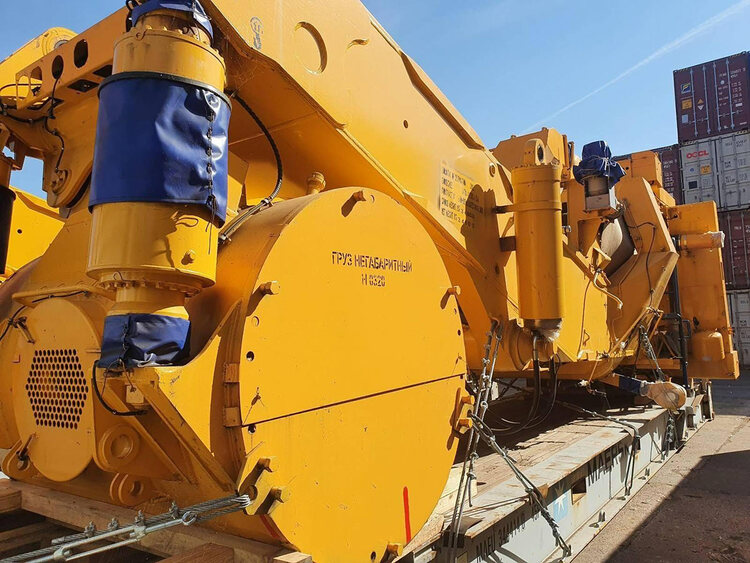 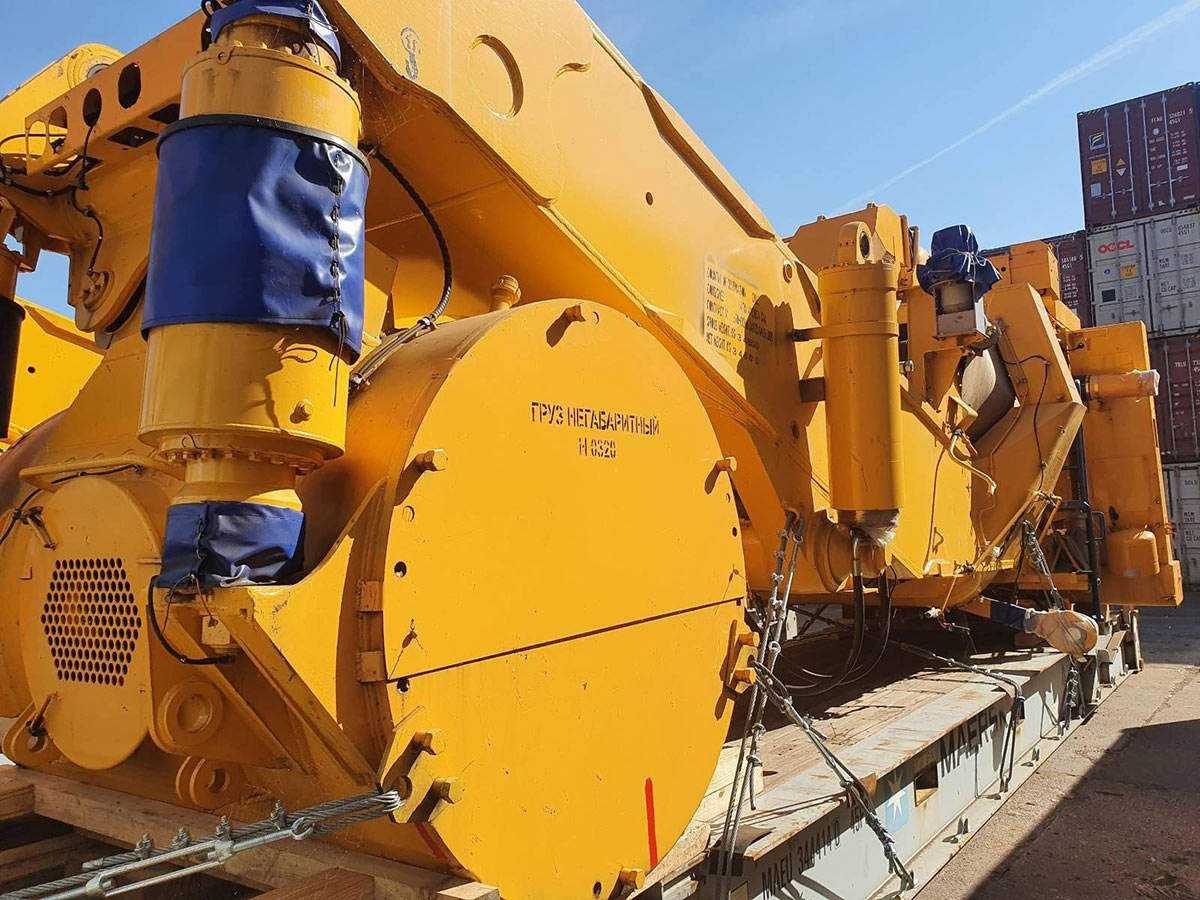 Lithuania’s Ministry of Foreign Affairs said it would assess each shipment on a case-by-case basis.

In Belarus, Lukashenko is doing what he can to stop alleged leaks of information about sanctions breaches. While Siena and Belsat worked on this story in August and September, several employees at state-owned companies were arrested on allegations of high treason and conspiracy.

“According to my information, there are some bastards remaining,” Lukashenko said in a speech accusing unnamed people of “seeking to inform the collective West” about how politicians are attempting to get around sanctions.

“In fact, they’re spying,” he added, vowing that they would remain in prison for a long time.

Maria Matusevich and OCCRP ID contributed research to this story.

NOTE: This is an expanded English-language version of a story originally published in Lithuanian (Siena) and Belarusian (Belsat) with support from IJ4EU.