Nikolay Tokarev, a major general in the Russian secret service, is a long-time associate of Vladimir Putin. Tokarev, 65, and Putin served as KGB agents together in Dresden, East Germany, in the 1980s. 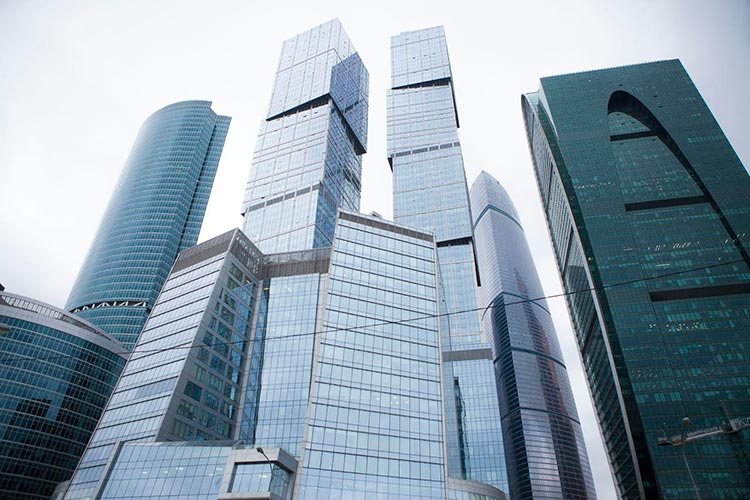 Skyscraper in the Moscow-city business district. (Photo by: KRO)

After Putin became president, Tokarev took the helm of one of Russia’s most important state companies, Transneft, the company that transports 90% of the oil extracted in Russia, through its more than 72 000 km of pipelines.

But Tokarev is not the only one to benefit from proximity to power. As Tokarev ran Transneft, his relatives built a giant business empire and own expensive real estate all across Europe. In Moscow alone, the properties connected to Tokarev’s daughter and her husband are estimated to be worth more than US$ 50 million.

Reporters for the Organized Crime and Corruption Reporting Project (OCCRP) and Meduza.io, a Russian language online portal, found that those close to Tokarev and Transneft may have benefited from what experts say are potentially criminal conflicts of interests and questionable business practices. 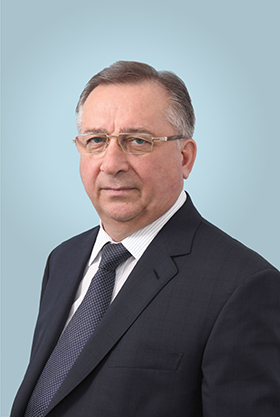 Nikolay Tokarev (Photo by: transneft.ru)The city of Limassol, Cyprus, has long been popular among the Russian elite. They come not for the Mediterranean coast with its wide and long beaches fronting turquoise waters or its ancient Greek ruins, including a temple to Aphrodite. Rather, the rich and powerful are drawn to the humble office suites where lawyers register thousands of offshore companies.

Limassol is an important financial center for Russian officials and businessmen, who evade taxes, hide assets or launder money by hiding behind secretive Cypriot companies. Limassol knows more than its share of top Russian secrets but not everything stays secret.

Mayya Bolotova is the name of Nikolay Tokarev’s daughter. And the address listed by Bolotova  in the announcement, Pythagoras 3 Street, 301, 3027 in Limassol, is that of a Cyprus company -- Ronin Europe – the part of Russian based Ronin group that manage the pension fund of Transneft . Ronin is also connected to private assets of Tokarev’s daughter and his son-in-law, Andrei Bolotov.

Having foreign citizenship is not a violation of Russian law but the practice is strongly discouraged by the government, especially for relatives of top officials, or close allies of the president.

Several years ago Putin launched an informal policy that Russian political experts later dubbed “nationalization of the elite”. The Russian Parliament adopted several laws prohibiting public servants from having some assets abroad. While foreign citizenship was not officially banned, informally it was discouraged. For instance, when Vladimir Yakunin, another long-time Putin associate and ex-head of the Russian Railways resigned last year, many experts pinned the firing on his son’s United Kingdom (UK) passport.

“Of course it was not the main reason for Yakunin's resignation, but it may have influenced Putin’s emotions when he was making the decision,” a friend of Yakunin said.

Neither Mayya Bolotova nor Transneft responded to numerous requests by OCCRP for comment. OCCRP could not reach Bolotova via the companies she owns, nor via her husband.

A Related Party and a Criminal Case

Mayya Bolotova is not the only person from Tokarev’s inner circle who is attracted to Cyprus. Michail Arustamov, who for many years worked as Tokarev’s deputy and is described as a person close to Tokarev’s family, has an address in Cyprus as well, in the same town of Limassol.

Reporters for OCCRP found Arustamov’s name in the Panama Papers, documents from the law firm Mossack Fonseca which were leaked to the German newspaper Süddeutsche Zeitung and shared with the International Consortium of Investigative Journalists (ICIJ), OCCRP and other media partners all across the world.

The Pythagoras 3 Street office is home to Ronin Europe, a branch of Ronin Partners, a group of companies specializing in wealth management and corporate governance. Ronin Partners is tied to Bolotova and her husband--and to Transneft--in a number of ways.

“I don't really understand how Mayya Bolotova is connected to us. She is not here, and I have never even seen her in person”, said Anton Andronov, an employee of Ronin Europe. Andronov could not say whether Bolotova works for Ronin. “Maybe she is working… I don't know, I can't give any comments. All information related to customers or our employees is confidential,” he said.

Transneft is a major customer of Ronin’s. For instance, Ronin Trust from Moscow, a member of Ronin group manages Transneft’s pension fund, NPF Transneft. Neither entity will disclose the exact amount of assets of the state company that Ronin manages. But by the end of 2015, the Ronin Trust had $870 million in assets under management, according to its report. Of that, $664 million were in the form of pension savings and pension reserve accounts.

Sergey Stukalov, general director of the Ronin Trust, said his organization has “been working with Transneft since 2008. People working there are competent and professional.” Stukalov says Transneft is not Ronin’s biggest customer, and that the trust manages other pension funds, including a fund for Avtovaz, one of the largest car manufacturers in Russia.

Besides managing Transneft’s pension fund, in 2009 Ronin Trust organized the issuance of $540 million in bonds by Transneft.

Besides managing the Transneft pension fund, Ronin Trust manages real estate for a Moscow-based group of companies called RPA,  owned by Tokarev’s daughter and her husband: Bolotov owns 100 percent of RPA Management and Mayya Bolotova controls 75 percent of RPA Estate and half of RPA Hotel Management.

Reporters for OCCRP identified properties in Moscow that are controlled by Ronin under a trust agreement – essentially allowing Ronin to act as the publicly identified owner of real estate on behalf of its true owner, or “beneficiary.”

Reporters for OCCRP identified some assets in Moscow which are managed by Ronin. The names of beneficiaries of the assets are kept secret but OCCRP found connections between the properties and the Bolotovs’ RPA. For example, Ronin Trust is managing a seven-story building at Zubovskaya Square in the center of Moscow, just 3.5 km away from Red Square. The house was built in the 1930s in constructivism style, an architectural style once popular in the Soviet Union. 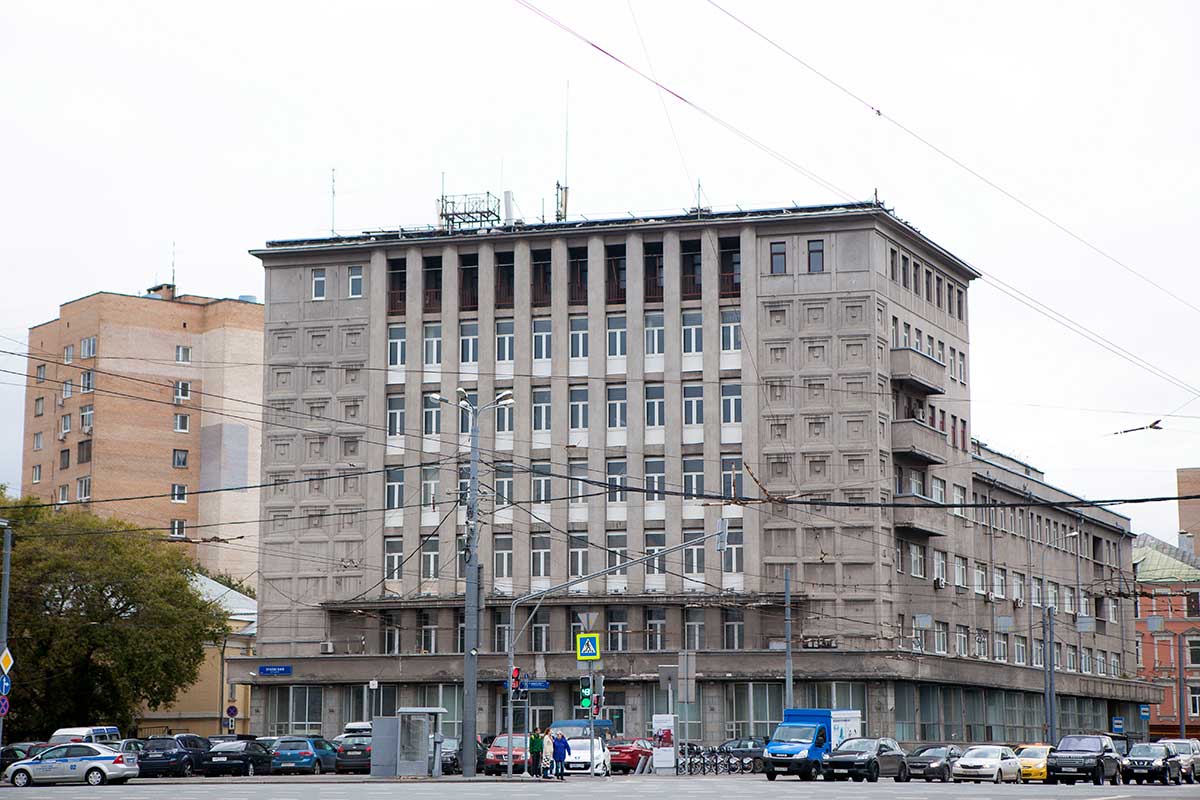 Ronin doesn't disclose the beneficial owner of the building, but in 2014, the construction company Aurora Group, which was contracted to renovate the building, named the Bolotov- owned RPA as its client on the project website.

An employee of Aurora Group told OCCRP that the renovation was never completed.  Today the building looks preserved and ready for the rebuild. The guard at the door said that there is nobody on the premises.

On its website, Aurora Group named RPA as a client in another project, a business center called Prohub, located on the 13th floor of a skyscraper in the Moscow-city business district. Prohub consists of 19 offices.

Stanislav Bibik, a partner at the Colliers International real estate consulting company, estimates both properties are worth between US $48 and $57 million.

The latest acquisition by the Bolotov-controlled RPA was a historic mansion in the center of Moscow. The house of Anna Kekusheva, designed by the famous Moscow architect Leo Kekushev for his wife on Ostozhenka street. The Art Nouveau-style house built in 1901 is a historic landmark. The business daily Vedomosti reported that RPA Estate bought the building in mid-August 2016 for $6 million. 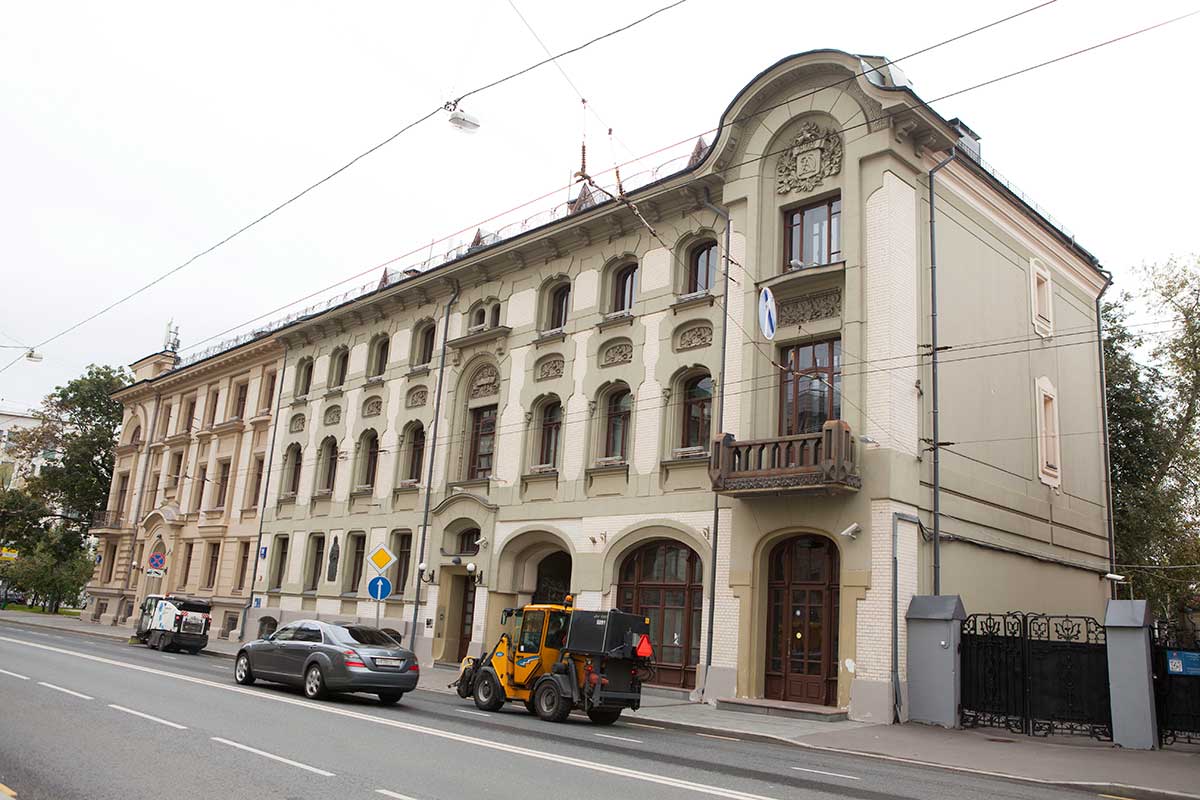 The house of Anna Kekusheva on Ostozhenka street. (Photo by: KRO)

“If an entity provides services to the state company and simultaneously to the relatives of the CEO of that company, it could be considered as an ethical conflict or potential conflict of interest,” says Ilya Shumanov, deputy director of Transparency International in Russia.

There are many other connections between the Bolotovs and Ronin.

For example, RPA shares the phone number of a company called the Laboratory of Nondestructive Testing (NCLab). The same number is used by an assistant to Bolotov. Seventy percent of NCLab belongs to the Cyprus company Milemeadow Trading, which in turn is owned by Ronin Europe. Mayya Bolotova listed the address of Ronin Europe in Limassol in her application for the Cypriot citizenship.

The subsidiaries of Transneft are mentioned as partners and clients on the website of NCLab. Another subsidiary of NCLab, the construction firm PNGA, signed contracts with Transneft companies for more than US $ 80 million in business in 2015-2016. NCLab and PNGA share the same director.

Neither Ronin Europe nor Transneft would disclose to OCCRP the ultimate beneficiaries of NCLab.

The Bolotovs are members of the board in the Latvian company Dzintaru 34. Dzintaru 34 is a three-story residential complex with 12 apartments on Dzintaru Avenue in Jurmala, a resort in Latvia, on the Baltic Sea especially popular among Russians.

“Life at the resort is a dream. You will be in the heart of Jurmala just 100 [meters] from the sandy beaches,” says the website of the complex. Nearly all of the apartments in the building are sold.

Ekaterina Fonareva from Colliers International believes that a square meter of these apartments could have cost about US $5,300 in 2014, when the complex was completed.

According to the Croatian register of companies, Andrei Bolotov is a member of the board of the local company Katina. He represents the interests of the Cyprus company Xerate Investments, a shareholder of Katina. According to the Croatian land register, Katina owns 9 plots of seafront land (total surface of 7,295 square meters) on the Adriatic island of Lošinj.

The island was once the favorite resort of the Austrian Emperor and King of Bohemia Franz Joseph I. In the 19th century he built a summer villa at Lošinj, named Carolina. Today the villa is located on the land owned by Katina.

OCCRP tried to reach Bolotov at Katina’s number, but was not successful.

“He [Bolotov] has a person, who comes here and conducts business. The person speaks Russian”, said a representative of Katina. Katina’s address corresponds with the address of the Helios Hotel, which is located on the same island, on the site of one of the largest Croatian tourist companies, the Jadranka Group. Besides Helios, Jadranka owns nine other hotels at Lošinj (three five-star and six four-star).

The Jadranka Group specializes not only in the hotel business, but also in providing luxurious yachts and private jets for their clients. The supervisory board of the company is headed by Krešimir Filipović, a person with the same name is the first vice-president of the construction company Velesstroy, which Forbes Russia assumes is owned by Michael Perencevich.

Velesstroy is one of the largest contractors of Transneft. Velesstroy, Perencevich and Filipovic did not respond to OCCRP’s requests for comment on connections between Jadranka, Velesstroy and any connection to Bolotovs.