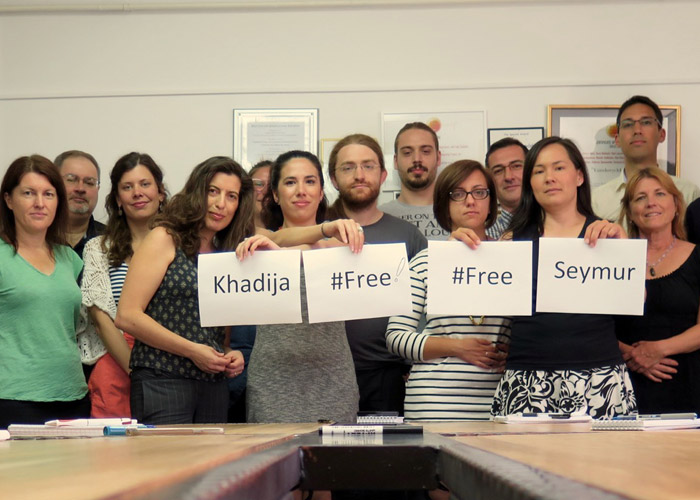 As Azerbaijani Khadija Ismayilova was rejoining her family in Baku and fielding questions from media around the world after 537 days in prison, another Azerbaijani blogger and a photojournalist were being jailed. And at least four other journalists, a photojournalist, at least five bloggers and an estimated 70 political prisoners remain behind bars.

Among the journalists still imprisoned is Seymur Haziyev, a reporter with Azadliq, the last remaining independent newspaper in Azerbaijan. He was arrested several months before Ismayilova, in August of 2014, 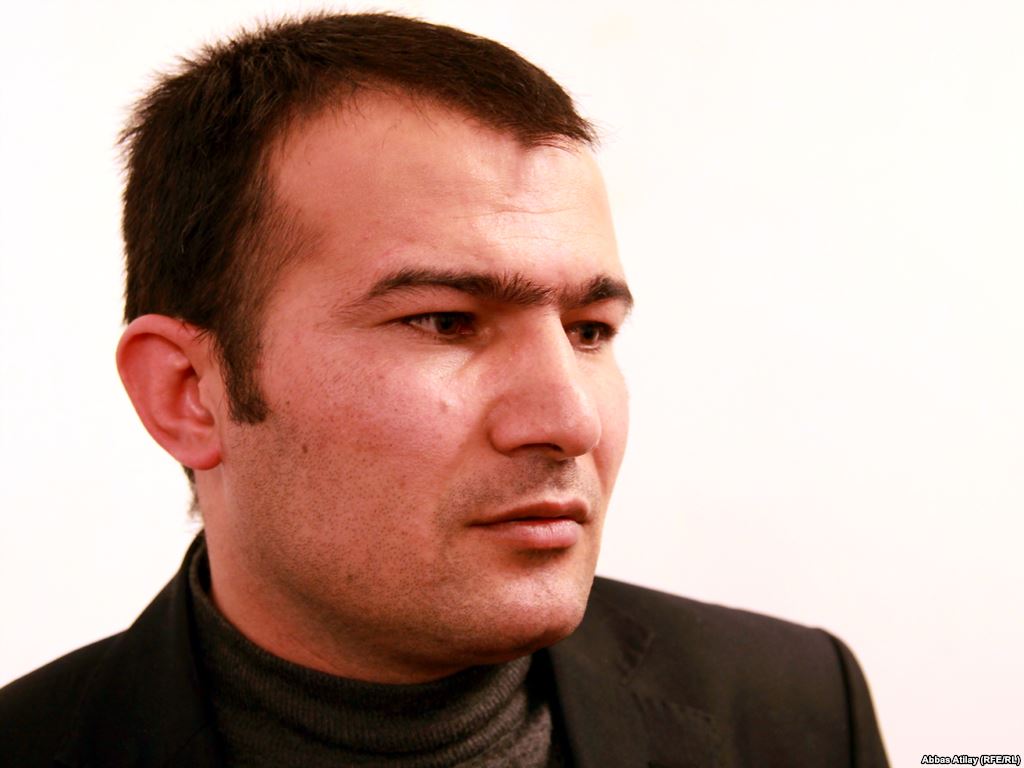 Seymur Haziyev (Photo: Abbas Atlay, Azidliq Radiosu)and charged with disorderly conduct, a charge that had previously been used to jail and stifle journalists and bloggers critical of the government, including OCCRP collaborator Emin Milli of Meydan TV, now in exile.

Meanwhile, a law inspired by Ismayilova that would place sanctions on the Azerbaijani president and other high-ranking government officials has been introduced in the US Congress. Human rights groups are promoting the Azerbaijan Democracy Act, also known as the Khadija Act, which would deny US visas to high officials until the human rights situation in the country improves.

Those most recently arrested include blogger Amid Seleymanov and photojournalist Elnur Mukhtarov, who were detained on May 25 for 10 days. Seleymanov wrote for the mediaforum.az website, according to the website Contact.az.

The precise number of journalists, bloggers and others in jail for activities against the government are unknown, said Rebecca Vincent, former US diplomat of the American Embassy in Baku and now with the human rights group Sport For Rights.

“It’s not easy because all the people who used to do the lists went to jail themselves,” said Vincent. “What I’m hearing is around 70; I think that’s as close as we can get.” Sport For Rights, an international coalition of human rights groups, organized a series of actions around the world in honor of Ismayilova’s 40th birthday on May 27 to draw attention to the intensifying crackdown on human rights and freedom of expression in Azerbaijan.

Government critics say the three who were arrested near Ismayilova’s release date were detained in a case involving graffiti on a statue of the former president of Azerbaijan, Heydar Aliyev.

Two weeks previously, two activists with the Nida Civic Movement were arrested for painting “Happy Slave Day” on the base of Aliyev’s statue on Azerbaijan’s National Flower Day (in Azerbaijani, the word for “slave” is similar to the word for “flower”). The government has been criticized in the past for spending “millions of dollars” per year on the festival, in part to honor Heydar Aliyev, the father of current President Ilham Aliyev.

According to the Nida Facebook page, Seleymanov and Mukhtarov were arrested for being at the monument and reading the graffiti. Authorities only reported that they were being held for “administrative detention” for 10 days.

The Nida Civic Movement graffiti artists were arrested on drug trafficking charges; authorities said that they found 2 kilograms of heroin in their flats. The individuals say the drugs were planted as retribution for their activism.

Of the three journalists who remain in jail, the most prominent is Haziyev, who was also host of the online TV program “Azerbaijan Hour” (Azerbaycan Saati), which was broadcast via satellite and had a huge audience and an unprecedented reach in the country thanks to its connection through a Turkish TV channel, according to Vincent.

Haziyev’s case is a top priority for Sport for Rights, said Vincent. “Seymur doesn’t get nearly as much international attention as Khadija because he’s not English-speaking and not as well networked,” she said. “So he’s not as well known abroad, but he is one of the most prominent opposition journalists within Azerbaijan, and he has faced years of persecution.”

Vincent said that when she was previously in Baku as a diplomat, she would monitor protests and saw Haziyev arrested half a dozen times as a youth activist.  In the intervening years, he became a journalist, and continued to be detained and even tortured, she said. The worst case was in 2011, when he said he was abducted by four masked men and tortured. 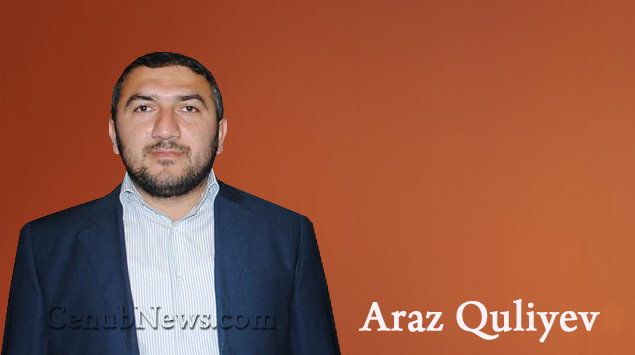 Araz Guliyev (Photo:Cenubnews.com)Araz Guliyev was the editor of xeber44, dedicated to coverage of religious life in Azerbaijan and international events in the Islamic world. Originally arrested for hooliganism on Sept. 8, 2012, Guliyev was eventually sentenced to eight years’ imprisonment on charges of illegal possession of firearms, disrupting public order, inciting ethnic and religious hatred, resisting authority, and offending the Azerbaijani flag.

The charges stemmed from Guliyev’s coverage of a protest at an outdoor festival, where some objected to the scanty attire of dancers.  His brother said Guliyev’s story questioning a law banning the use of hijab among Muslim women may have sparked the government’s ire.

Nijat Aliyev, editor in chief of the independent news website Azadxeber, was arrested on May 20, 2012, on 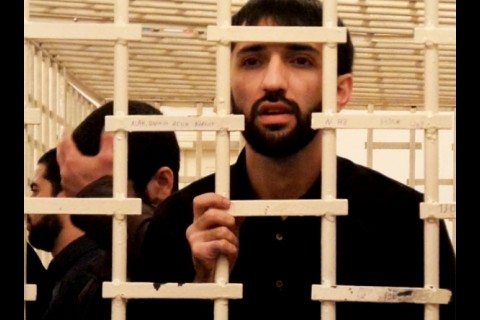 Nijat Aliyev (Photo: faktxeber.com)charges of illegal drug possession. Colleagues told media outlets that his arrest may have been prompted by his website’s critical reporting on government policies toward religion, including anti-Islamic policies.

His lawyers told the Institute for Reporters’ Freedom and Safety that he was severely tortured in jail, with two of his teeth broken and his ear injured. 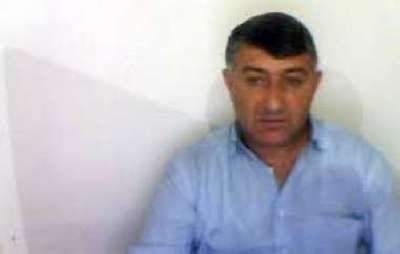 Arshad Ibrahimov (Photo: Contact.az)Arshad Ibrahimov, a newspaper correspondent for Moderator.az, Avropa.info and Azadliq in the Azerbaijani city of Ganja, was sentenced to 11 years in jail for extortion in August 2014. Ibrahimov had published a story alleging that Mohammed Bagirov, the former head of the Education Department of the Kalbajar region, had committed illegal activities. Ibrahimov’s uncle said the story was the real reason for his arrest, according to Contact.az.

Ilkin Rustemzade is a blogger and youth activist arrested on May 17, 2013 for hooliganism and sentenced to eight years in prison. Authorities accused him of being behind a Harlem Shake video. 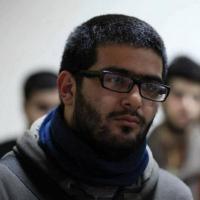 Ismayilova, interviewed the day after her release from jail, called Rustemzade “a very brave blogger.” The video was made by “kids having fun,” and Rustemzade was not even involved, she said.

“We thought prosecutors were joking but it was not a joke,” Ismayilova said. She suspects the real reason for the arrest was Rustemzade’s involvement in Nida and his organizing against mismanagement in the military that led to the deaths of a number of soldiers. 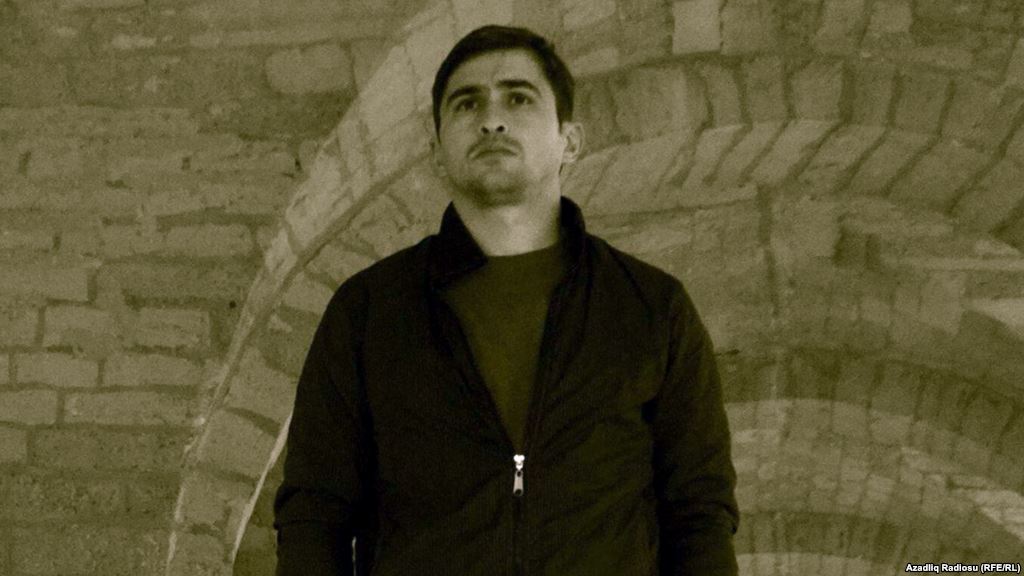 Abdul Abilov (Photo: Azadliq Radiosu)Abdul Abilov was arrested in November 2013. He was the administrator of a Facebook page critical of authorities, “Say No to Sycophants,” and another that documented election fraud. Abilov was charged with drug possession and sentenced to 5.5 years in prison.

“His drug charge is totally trumped up,” Ismayilova said. “I attended his trial and saw how falsified the case was.”

Rashad Ramazanov, a blogger who was also very active on Facebook and critical of authorities, was arrested May 9, 2013. A PhD student in philosophy, he wrote a thesis that was critical of Heydar Aliyev, said Johann Bihr of Reporters Without Borders, which may be one of the reasons for his arrest. 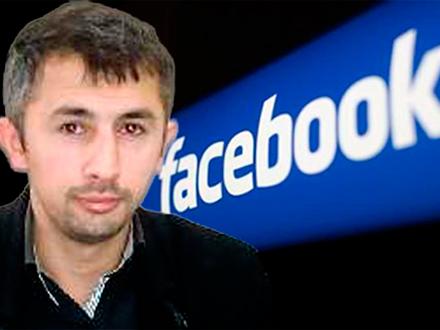 Faraj Karimov, a blogger who was also the deputy chairman of the opposition Musavat Party, was detained on a drug trafficking charge on July 23, 2014 and was sentenced to 6.6 years’ imprisonment. 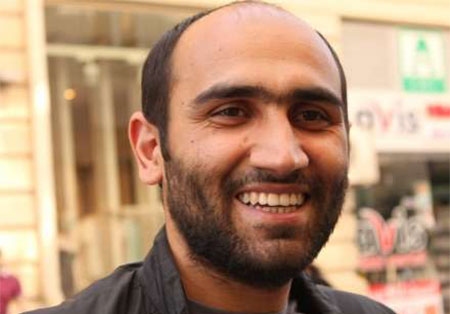 Faraj Karimov (Photo: Meydan TV)“There is a hope that he will be home soon,” said Ismayilova, who followed his case from jail. “The Supreme Court changed his charge from drug selling to drug usage, so that’s a good sign. Of course he’s not a drug addict and he had had no drugs – it’s all lies.”

From the human rights campaign side, said Vincent, Ismayilova’s release is an important victory. “Yes, it’s fantastic that Khadija is out but there is a lot of work that remains to be done. We must call for the immediate and unconditional release of all journalists, bloggers and political prisoners, but also address the systemic problems, because the existence of political prisoners is really just a symptom of the overall problems in the country – a complete lack of rule of law, a complete lack of political will of this regime to address these problems.”

One concrete way of opposing the Azeri government’s crackdown, Vincent said, is by supporting individual sanctions against government officials responsible for human rights violations. It’s something that Ismayilova has long advocated, and there have been moves in the US and Europe to do that, said Vincent.

This article was corrected on August 15, 2016, to reflect the fact that Ilkin Rustemzade was sentenced to eight years in prison. OCCRP regrets the error.