The Murky Business of an Israeli MP in Bulgaria 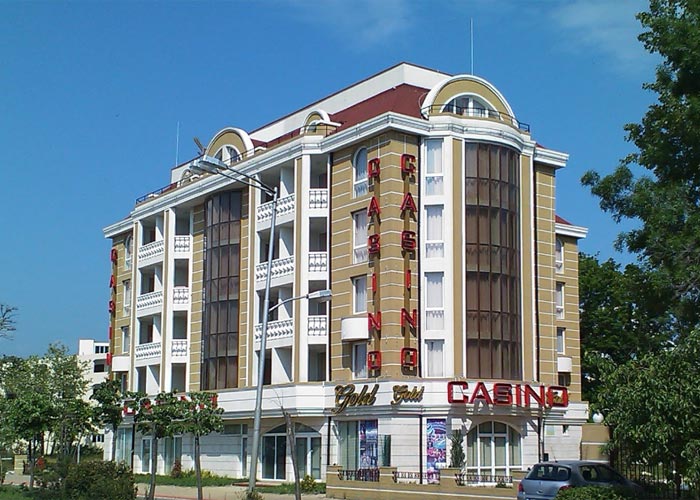 Israeli Deputy Speaker of Parliament Oren Hazan of the ruling Likud Party and several of his relatives have ties to a Bulgarian resort hotel connected to organized crime and to a casino in that hotel, an investigation by OCCRP partner Bivol reveals.

The Hotel Polyusi is located in the vicinity of Burgas’s Sunny Beach, Bulgaria’s most popular Black Sea resort, and the Casino Gold is on its first floor.

The hotel is owned and managed by men connected with two organized crime groups: the Security Insurance Company, called SIC; and Vasil Iliev Security (VIS) 2, whose past criminal activities are detailed in an extensive police report.

Bivol’s research shows that between 2008 and 2013, the first floor where the casino is located was owned by companies owned and managed by Hazan’s father, Yehiel Hazan, and other family members.

There are significant crossing ties between Hazan’s family and the casino owners.  For example, the Bulgarian representative of an Israeli firm owned by Oren Hazan is registered at the same address as the two companies which operated the Casino Gold and and iis listed on its gambling license.

Jakob Jerassy, who manages one of the gambling companies, is an Israeli-Bulgaria lobbyist who had several meetings in Tel Aviv with Yehiel Hazan, together with Israeli ministers and the Chief of the Bulgarian Police Angel Antonov. 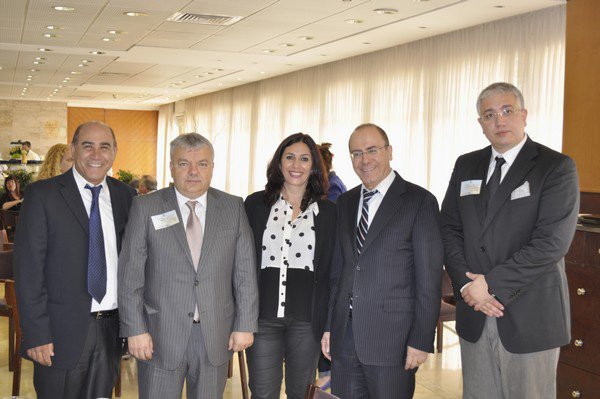 From left: Yahiel Hazan, Angel Antonov, Miri Regev, Silvan Shalom, Nikolai Krushkov Last month, Hazan found himself at the center of a political scandal in Israel after the Israeli public TV Channel 2 claimed he was the manager of the Sunny Beach casino. The Israeli TV alleged that Hazan's casino provided prostitutes and hard drugs to its clients. He was suspended after the allegations surfaced.

The Israeli politician has denied the accusations and threatened to sue the journalists.

Hazan claimed that he never managed the casino, but only a hotel “where there was also a casino” and said he had nothing to do with the casino itself.

The links between the politician, the hotel and the casino lie buried in a chain of companies registered in offshore tax havens.

The hotel and land belong to a company named Polyusi Ltd. which, since 2014, has been owned by Moren Ltd., an offshore company registered in the Seychelles islands that is owned on paper by Anwar Munla, a Russian citizen.

Moren Ltd. bought the company in August 2014 from Valeri Krastev, a Bulgarian citizen listed as an alleged organized crime figure in the police report obtained by Bivol. The report also identifies one of the Polyusi directors, Slavyan Theofilov, as a member of SIC, the Bulgarian organized crime group, while Krastev is said to belong to the VIS criminal organization.

Reporters from Bivol searched business archives and found that Theofilov had been connected to Moren Ltd. in the past. He sold shares he owned in a company named Universum Energy to Moren Ltd. and to Youlian Organdzhiev, a former board member of the modeling agency Visage, which is also associated with the SIC crime group.

The connections between Hazan and the Bulgarian enterprises are further complicated because the hotel and the casino are owned separately, and other members of Hazan’s family are involved.

The floor where the casino is situated was owned by Oren’s father, Yehiel Hazan, and his uncle Joseph Hazan.

In 2008, Polyusi Ltd. sold the first floor of the hotel in Sunny Beach for 325,000 Bulgarian levs (about US$ 187,000) to a company named Miranda Investment, wholly owned by a businessman named Bertie Sinbeti. But in 2013 Sinbeti transferred 49 percent of his shares to Joseph Hazan, who is Oren Hazan’s uncle.

Five years later, in May 2013, Miranda sold the property to another company, ATID LTD, which belongs to Joseph Hazan and Yehiel Hazan, the uncle and father of Oren Hazan. This time the deal was concluded for 625,000 levs (US$ 360,000). 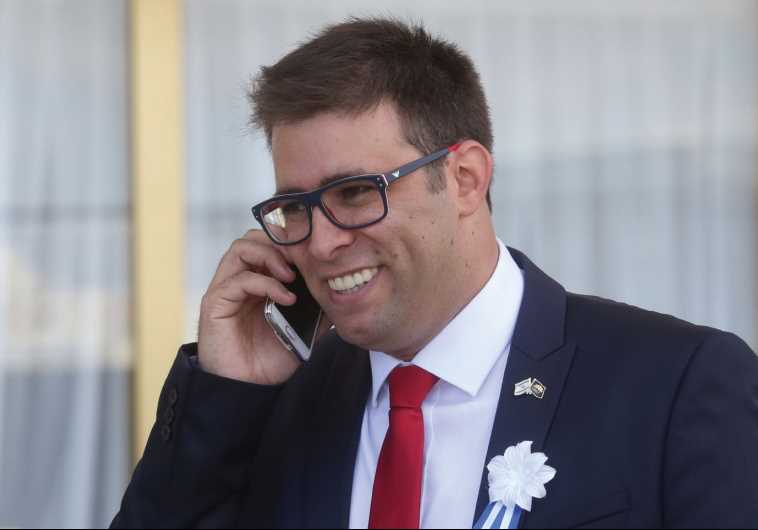 Oren HazanHazan’s father was also a former member of the Knesset and was convicted in the past for double voting.

The C Media Group is registered at the same address in the Bulgarian capital of Sofia as Sunny Beach Entertainment, the firm that owns the gambling license for the Casino Gold. Both companies are owned by Kamchiya Beach Resort. Kamchiya is the sole owner of C Media and through another company owns 90 percent of Sunny Beach Entertainment; the final 10 percent belongs to Jerassy, the Israeli-Bulgarian lobbyist.

It is also the home of the Bulgarian representative of Achi Im Yozma, an Israeli company owned by Oren Hazan and his uncle, Joseph Hazan. According to the Israeli Registrar of Companies, Hazan's firm failed to pay its registration fees as required by law.

Others using the address include:

The casino itself changed hands again on April 30, 2015, when C Media Group sold the property to Sagittarius Ltd. for 585,000 levs (US$ 338,000). Its new owner is Yulian Organdzhiev, the Visage modeling agency manager.

Sunny Beach Entertainment, which operated the Casino Gold until 2014, is also closely linked to Hazan’s family.

According to the State Commission on Gambling (SCG), the casino’s licensing history is complicated. 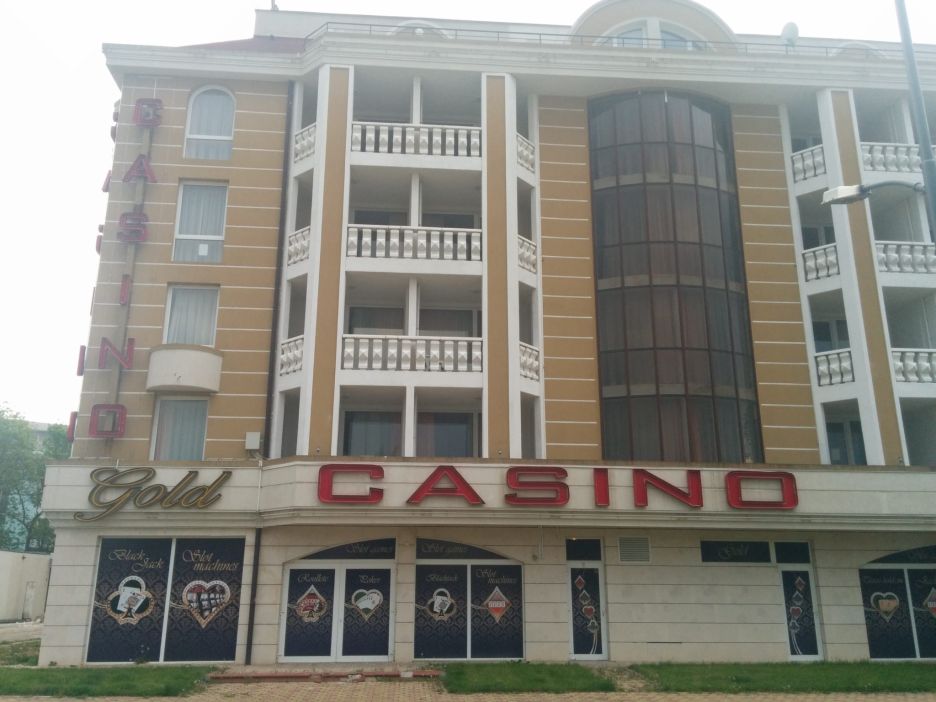 Sunny Beach Entertainment is managed and represented by Jerassi, the Bulgarian-Israeli lobbyist who also advocates the return of King Simeon Saxe-Coburg to Bulgaria. In the fall of 2014, after the company first lost its license, Jerassi was stabbed in Bulgaria’s second largest city of Plovdiv, an event reported only by Bivol journalist Mladen Dotchev.

The gambling commission next issued a license for gambling (but not a casino) on July 28, 2014 to the company Inmobles, which shares the 22 Golden Horn St. address with Sunny Beach Entertainment and Oren Hazan’s firm Ahi Im Yozma. Inmobles is managed by the Sofia lawyer Iviyan Simeonov Hristov, whose law office is also at 22 Golden Horn St. Bivol contacted the law office, but attorney Simeonov was not available for comment.

Jerassi and Hazan’s family share other interests. According to a report by the Israeli news outlet Haaretz, Jerassi and Yehiel Hazar met several times to discuss political matters.

Threats against the site

Editors Note:
On June 12, the Israeli TV Channel 2 broadcast cited the investigation of Bivol in its report on Oren Hazan. Several hours later, Bivol, received a warning from outside of Bulgaria of a planned attack against the website’s team.