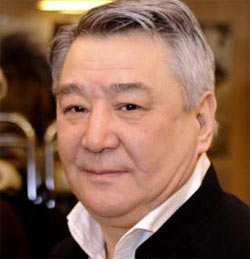 The April indictment in New York of 34 conspirators involved in gambling and bookmaking rings reads like the screenplay for the 1998 poker flick Rounders, with high-stakes games, Russian mafia dons and thugs breaking bones to collect from losers in too deep.

The main players include a notorious Russian thief-in-law (the equivalent of an Italian mafia don), a billionaire art mogul, a J.P. Morgan banker, a Hollywood poker hostess and the Russian-born ringleader -- poker pro Vadim Trincher, who lived in Trump Tower in a $5 million apartment directly beneath that of “The Donald” himself.

“From his apartment he oversaw what must have been the world's largest sports book,” Assistant US Attorney Harris Fischman said during a hearing at which a judge ordered Trincher, facing nearly a century behind bars if convicted, held for trial without bail.

The whopping 84-page federal indictment spells out how the conspirators all fit into two related rings that operated since at least 2006 out of Kyiv, Los Angeles, Moscow and New York. The men charged were hit with heavy-duty counts of racketeering, extortion, money laundering and operating an illegal gambling business. The organizations laundered at least $100 million, the indictment said, and most of the charges are related to the transfer of money in the course of their operations.

Investigators gathered evidence including deposited and cashed checks and conversations recorded via wiretap. According to Fischman, Trincher warns a customer in one recorded conversation that he should be careful, lest he be "tortured or found underground."

The case seems to have touched the highest echelons of power: The New York Post reported that President Barack Obama's pick for ambassador to France, billionaire investor Marc Lasry, had to turn down the position over his ties to one of the defendants, Trincher’s son Illya.

The ring's illegal gambling business was old-fashioned given that much Russian-speaking organized crime has shifted to white-collar fraud in recent years, according to Mark Galeotti, a New York University professor specializing in Russian organized crime. But the structure of the organization—with Russians working alongside non-Russian-speaking Americans—and its focus on wealthy clients was novel, Galeotti said.

“What was innovative was the scale,” he said. “They focused on an upmarket audience … drew on them and made a lot of money.”

The “Taiwanchik-Trincher” organization, led primarily by Trincher, Anatoly “Tony” Golubchik and Alimzhan “Taiwanchik” Tokhtakhounov, allegedly held underground poker games for professional players, celebrities and Wall Street financiers, shaking down those reluctant to pay their losses and laundering the rake through shell companies in the US and Cyprus. Through gambling websites operating illegally in the United States, the ring also ran a high-stakes sports betting business that catered to Russian and Ukrainian oligarchs.

Meanwhile, the related “Nahmad-Trincher” organization, directed primarily by Hillel “Helly” Nahmad, Noah “The Oracle” Siegel and Illya Trincher, reportedly ran a similar high-stakes gambling operation in New York and Los Angeles. The operation took in tens of millions in bets on illegal websites, then laundered profits through a multitude of US bank accounts, a plumbing company in the Bronx, a real estate company and car repair shop in New York City, and a firm that sells used cars over the Internet.

At least 30 of the 34 people named in the indictment were in custody as of April, and the trial is planned to start in June, 2014. The key missing figure who has remained out of reach is the Russian thief-in-law Tokhtakhounov, an ethnic Uigur known as “Taiwanchik” for his Asian features.

Interpol has a red notice out on Tokhtakhounov, who was previously indicted for bribing ice skating judges at the 2002 Winter Olympics. Tokhtakhounov lives in Russia and has been on the Forbes list of the world's 10 Most Wanted fugitives since it was first compiled in 2008.

In a televised interview with the channel Mir 24 after the April indictment, Tokhtakhounov said the case against him was “made up,” calling it “yet another fairy tale from the Americans.”

“My name is well-known. They listed me (in the indictment) to give the situation more significance,” he said.

Tokhtakhounov did admit, however, that he knows two of the defendants and occasionally placed bets on sporting events with them starting two to three years ago.

“Of course, in conversation I might have given them advice, how to do things better,” Tokhtakhounov said. “These are my friends. It was a bookmaking company.”

According to the indictment, Taiwanchik used his influence in the criminal underworld to “resolve disputes with clients of the high-stakes gambling operation with implicit and sometimes explicit threats of violence and economic harm.”

Compensation for these services allegedly brought him $10 million from December 2011 to January 2012.

Although none of the rings' clients have been named (three former clients will likely provide evidence during the trial), one of the defendants, poker impresario Molly Bloom, was previously reported to have run exclusive games for such A-list actors and athletes as Ben Affleck, Leonardo DiCaprio, Tobey Maguire, Alex Rodriguez – and Matt Damon, the star of Rounders. DiCaprio has been photographed with Nahmad on at least two occasions.

Taiwanchik is an old-style thief-in-law, but the two rings are set up unconventionally, and the Trinchers did not exercise “institutional authority” like traditional mob bosses, Galeotti said. Instead, members came into the organizations as partners, providing money, expertise or connections.

“Once you start moving up the pyramid, it's much more a collaborative series of teams working together in a joint venture,” he explained.

According to the indictment, one partner was Hillel “Helly” Nahmad, the scion of an art dealer family that Forbes estimated to be worth $1.75 billion in 2012. His main contribution was likely financial: The indictment lists the Helly Nahmad Gallery in the Carlyle Hotel in New York City, Hillel's father David Nahmad in Europe, and JH Capital, an investment firm run by defendant John Hanson, as funders of the Nahmad-Trincher organization.

In an example of the financial high jinks involved, defendant Ronald Uy, a branch manager at JPMorgan Chase & Co. Bank in New York City, is charged with helping Illya Trincher “structure” transactions, that is, split up a big transaction into several smaller ones so that it  falls below federal reporting thresholds.

At the New York arraignment of 20 defendants on April 16, the judge focused on Arthur Azen, who was allegedly involved in almost all parts of the Nahmad-Trincher organization and faces up to 115 years in prison and a $2.3 million fine. Prosecutors said that Azen had dispatched mixed martial arts fighters to collect a debt from one client.

In addition, federal prosecutors during Anatoly Golubchik's bail hearing linked the accused Taiwanchik-Trincher conspirator to a 2012 murder-suicide at a hotel near New York's John F. Kennedy International Airport. A state attorney said that a shell company used by Golubchik wired $300,000 to Gary Zalevsky the month before Zalevsky shot Brian Weiss five times in the head and then killed himself, and that an unindicted co-conspirator of Golubchik was sitting at a table with the men when the shooting occurred.

The activities of the two Trincher organizations point to wider trends in Russian-speaking organized crime, according to Galeotti. Multiethnic structures with Russians and non-Russian-speaking Americans working together suggest that the era when “the Brighton Beach community (of Russian immigrants in the US) would work only with its own kind” has passed, he said.

“Now we see an increasingly sophisticated move into sports betting, targeting mainly the Asian market,” Galeotti said. “It goes hand in hand with the mega casino venture in Vladivostok.”

At the same time, the focus on gambling is a tangent to the main mafia activity in North America -- white-collar crime, Galeotti said.

The Trincher case “speaks to the old cliches … smoke-filled rooms of gambling,” he said. “It sets back a growing awareness of what Russian organized crime really means. These days, it's fraud of all kinds.”

Since white-collar crime represents the majority of Russian mafia operations in the United States, the case won't likely have much of a broader chilling effect, he added.

As they did in the Trincher investigation, US authorities, and in particular the US Treasury Department’s Office of Terrorism and Financial Intelligence are increasingly able to tackle Russian organized crime by tracking money flows.

A total of 36 people, including several Russian ringleaders, were charged in February 2012 with scheming to defraud automobile insurers out of more than $279 million in accident benefits. In addition, Armenian thief-in-law Armen Kazarian was sentenced to 37 months in prison in February 2013 in connection with what authorities described as the largest Medicare fraud ever.

Although convictions are not guaranteed, the charges leveled in the Trincher case are impressive, said Maurice VerStandig, an attorney at Offit Kurman, in a recent article on PokerNews.com.

“There is not a single 'light' offense contained in the indictment, and any time racketeering is invoked—much less when, as here, it is invoked some four separate times—the caliber of a prosecution can hardly be understated,” VerStandig said.