The former chief prosecutor in Crimea and current member of the Ukrainian parliament has this view of Ukrainian football: “If you look carefully at any club in Ukraine’s top division, you will see they each have their own skeletons in the closet, as most of them, especially in large industrial cities, have had connections to organized crime.”

“Every government level of Crimea was criminalized. It was far from unusual that a parliamentary session in Crimea would start with a minute of silence honoring one of their murdered ‘brothers’.”

Viktor Shemchuk, basing his comments on his experience as chief prosecutor of Crimea from 2005-2007, said sports, especially football, provided organized crime groups with an ideal opportunity for money-laundering, with benefits including tax breaks, access to budget funds and an easier way of getting hold of land. In addition, owning a soccer club offered more opportunities to extort funds from local businessmen, who could be pressured by the club directly or through local officials to become club sponsors.

Shemchuk, who before his appointment as chief prosecutor worked in the organized crime unit of the local prosecutor’s office for 10 years, said these were some of the reasons why one of the biggest OC groups in Crimea, “Bashmaki” (the Shoes), sought control of Crimea’s football club Tavriya, in Simferopol.

“People who had control of Tavriya, Serhiy Karasev [the club’s president], Ruvim Aronov [at different times general manager, commercial director and sports director], were members of the Shoes who dealt with money laundering, even though they were also involved in other crimes, such as giving the orders to hit men [members of the OC group who carry out physical threats, beatings and killings, as opposed to the leaders] and some of the funds earned through crime were used to finance the club,” said Shemchuk, 38, in a long interview at his parliament office, where he works on the Committee for Legal Support of Law Enforcement. For two years, he combined the top prosecutor job in Crimea with the position of Deputy Prosecutor General of Ukraine, and is often mentioned as a likely candidate for the top prosecutor position in the country. He enjoys talking about organized crime in Crimea, because it took a major blow during his tenure.

A Resort for Combatants 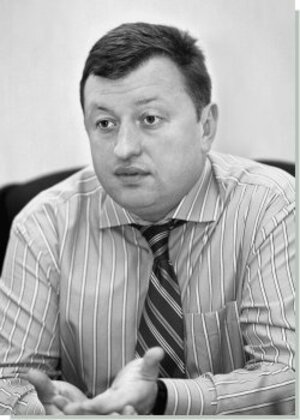 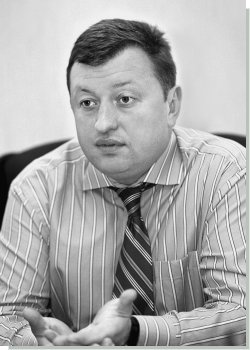 In addition to the club’s strategic position, it had lots of property, including stadiums, sea resorts, and the peninsula’s major market in Simferopol, also named Tavriya. For several years starting in 1994, the luxurious “Aj-Danil” spa resort was used by members of the Shoes as their hospital and recreation center, refreshing themselves amid constant fighting with competing criminal groups for control of the Crimean Peninsula.

According to Shemchuk, it would be no exaggeration to call Crimea, up until the middle of this decade, the most criminal place in the Commonwealth of Independent States. The last major outbreak of violence in Crimea took place in 2005 after Tavriya was sold for $2.5 million, when members of the Shoes began to fight over the money they made from club.

Shemchuk said that the criminal scene in Crimea took shape in the mid-1990s, when the power on the peninsula was concentrated in two organized crime groups, the Salem (named after a restaurant in Simferopol, used as their headquarters), and Bashmaki. “They had grown so big that the term OC group was not longer adequate, Instead, we used the term OC community,” recalled Shemchuk, “Their members included corrupt government officials, law-enforcement officers, and judges. They had their own administrative departments, business departments, which got access to budget funds, and money laundering units.” He said that in every town or village, the organized crime group in control had a representative called “the watcher,” who had more power than the mayor or head of the local police.

“Every government level of Crimea was criminalized. It was far from unusual that a parliamentary session in Crimea would start with a minute of silence honoring one of their murdered ‘brothers,’ ” Shemchuk said. He said that the peak of violence in Crimea came in February 2005, when there were 39 murders related to organized crime in Simferopol alone.

Shemchuk pointed out that organized crime in Crimea was different from that in the rest of Ukraine.

“Elsewhere, it had more of an economic nature, so called commercial criminals, while in Crimea we had regular crime, and killing someone was just the most common way of solving any disputes… even today the situation is far from perfect.” He said that, in addition to the resort industry, organized crime in Crimea still controls illegal oil extraction and processing, fisheries, and the production of construction materials.