Owners and top managers of football clubs in two of the Ukraine’s regions, Tavriya (Simferopol) in Crimea and Zakarpattya (Uzhhorod) in Transcarpthia are linked to “classic” organized crime involving assaults, murders and illegal weapons possession.

The clubs have been turned into headquarters for organized crime gangs, where much more than sport is dealt with. At least one murder that Tavriya’s commercial director is accused of took place in his club’s office, while Zakarpattya’s Volodymyr Paulio headquartered as many as 200 armed gang members at his club’s stadium.

Most football clubs in Ukraine have become vanity projects of the newly rich, people like brothers Hryhoriy and Ihor Surkis, Rinat Akhmetov, Ihor Kolomoysky and Vadym Rabinovich, who use them to add to their respectability and improve their images, images they have, in recent years, turned to polishing through contacts with high-ranking government officials, including gathering of the world’s most affluent people.

So, despite the origins of their leaders’ wealth, such clubs are not associated today with street-level organized crime.

For the Crimea and Transcarpathia clubs, things have been quite different.

Aronov of The Shoes

The Crimean peninsula, since the late 1980s, has been the country’s most criminalized region. The major organized crime groups – Salem and Bashmaki (The Shoes)– were some of the biggest and best organized in Ukraine. These groups penetrated local governments, power structures and legislative bodies. And, because most of the group’s leaders were members of parliament, until 1998 they were granted immunity from criminal prosecution. That, along with an easy access to state property under privatization, led to the penetration of every sphere of life in Ukraine’s southern peninsula—including sports. In Crimea, The Shoes owned the Tavriya football club.

“I spend all my time on soccer, where do I get the time to be a gangster?”

In March 2008, police arrested Ruvim Aronov, the commercial director and former general director of Tavriya, which is currently firmly in the running to be champion. Aronov was charged with crimes including murders. He is in Odessa prison, awaiting rial, and is still listed as a member of the Crimean parliament on the commission for culture, sport and youth affairs.

He had lived in Israel since 2006, when a search warrant was issued, but he came back to Ukraine to celebrate the 50th anniversary of his Tavriya club. “Probably, he just underestimated the situation in the country, hoping that everybody forgot about him,” said Hennady Moskal, the deputy head of the Parliament’s committee on fighting organized crime and corruption.

“Paid No Attention to the Criminals” 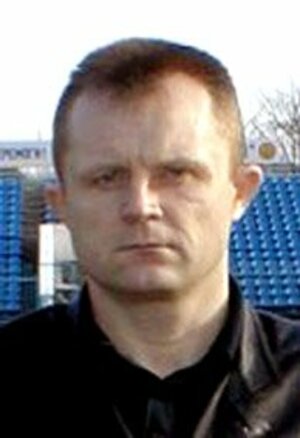 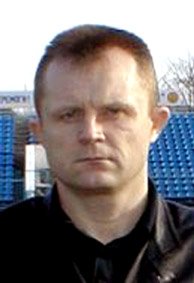 In 2006, shortly after his search warrant was issued, Aronov had given an interview to Obozrevatel online newspaper and professed his desire to return to Ukraine to prove his innocence. And the Shoes? “I only read about them in newspapers… I paid no attention to the criminals, just as any other working man… I spend all my time on soccer, where do I get the time to be a gangster?”

This, however, was not Aronov’s first brush with the law. In January 2000, he was arrested for extortion of nearly $100,000. In a couple of days he was released by the court.

Other members of the Shoes mentioned in the search warrant issued in 2006 were Oleksandr Danilchenko, Mykola Kozhuhar and Gennady Melnyk. The three, according to the search warrant, combined their criminal activities with top positions in the Crimean boxing and wrestling federations. Melnyk had been arrested in 2007, but then released by the Prosecutor General’s Office due to lack of evidence. The new search warrant for all three, issued in November 2008, charged them with committing “numerous heavy crimes.”

The police accused Aronov of “committing heavy and especially heavy crimes while being a member of Bashmaki (The Shoes) organized crime group, including contract killings in Crimea and Ukraine’s other regions.” One of the murders allegedly took place at the Tavriya club’s office in 2000, where one of the gang’s members was killed because he was in conflict with other members of the Shoes.

“At some point the office of football club Tavriya was turned into the Shoes headquarters,” states the press office of Crimean police. It continues: “And in Aronov’s office you could meet all its major figures.”

One of them was Tavriya club’s president Viktor Karasev, who in 2007 received a 7-year sentence for premeditated destruction of competitor’s property by arson and illegal usage of weapons. According to police, Karasev ordered his gang members to set a public market in Simferopol on fire. Shortly before his arrest in 2006, he sold Tavriya, which is owned now by a consortium of investors, including Dmytro Firtash, a controversial tycoon and co-owner of RosUkrEnergo gas trading company that holds a monopoly on supplying Russian and Central Asian gas to Ukraine. The price, according to Aronov’s 2006 inerview, was $2.5 million. RosUkrEnergo was called a criminal enterprise, with its owners allegedly linked to organized crime during hearings at the US Senate Foreign Relations Committee in Jun 2008.

The Shoes, meanwhile, considered by police as the second most powerful organized crime group in Crimea with 140 members, are thought by police to be responsible for about 50 murders and eight kidnappings. The group was active from 1991 till 2005 and was known for its use of weapons and explosives, protected by as many as 10 police officers, according to the police search warrant. The Crimean police department press service would not clarify whether any actual charges were made against those officers.

Aronov has complained that he was illegally stripped of his share in Tavriya, prior to the club’s sale, explaining that he was forced to sell it by the club’s president Viktor Karasev.

Shortly, after Aronov’s arrest, the club’s current honorary president, prominent Crimean politician Serhiy Kunitsyn and mayor of Sevastopol, publicly claimed that the club broke all ties with Aronov, as soon as his search warrant was issued in Aiugust 2006. “We have spent these years to get rid of the legacy that the team got from this ‘fan’ of soccer,” said Kunitsyn.

Headquartered at the Stadium

Just as in the case of Crimean Tavriya, the organized crime group led by Volodymyr Paulio, the president of Zakarpattya in Uzhhorod, felt at home at the team’s stadium in the Transcarpathian regional center. In November 2004, the police detained 36 armed people stationed at the stadium, while another 150 managed to escape.

As Yuri Rakhivsky, deputy head of the local police criminal investigation department, said in a December 2004 interview, the gang’s leader was Paulio. It was established that the mob had lived at the stadium for three weeks, armed with guns, automatic weapons, knives, metal and wooden bats. At the time, Paulio was also the regional governor’s advisor.

The reason came out in court. Paulio had gathered them to organize a series of pogroms during the election campaign of 2004 to discredit Viktor Yushchenko.

The direct charge that members of the group were charged with involved organizing the mass beating and robbery of 100 students, who had come to the Transcarpathian region to campaign for Yushchenko. Before that, according to police inside information, his group had been controlling cross-border smuggling and racketeering of people illegally working abroad and as market vendors. His close relationship with the region’s governor, Ivan Rizak, made him one of the most powerful people in the region.

According to the police, in 2005 Paulio was charged with gangsterism, terrorism, mass unrests, state property takeover, robbery, kidnapping, illegal use of weapons and other charges, 19 in total that could have led to his life sentence.

Instead, in 2006 he was sentenced to three years of jail—but would only serve if he were brought before the court on other charges. His light sentence came after he agreed to serve as a witness against Rizak, who got a five-year jail sentence in 2007 for bribery and other crimes.

Paulio lives in a small village near the Transcarpathian town of Mukacheve, shunning the public and media attention, but is reported to have returned to his old passion, having taken charge of a village soccer team.

He is no longer head of Zakarpattya, but when he was, the club meet success.

“We will never be the boys for beating,” he said in a 2003 interview. “Even if we lose, our players would always be leaving the field with heads high up, and the fans will never be ashamed for them.” Shortly afterward, the team qualified for the top division for the first time in its history.