Mexican Farmers: 48 Tons of Avocados Lost to Gangs Every Day

Mexican avocado growers ran ads in national newspapers on Friday begging the government to help protect their produce from organized crime as it’s sent for export around the world, local media reported. 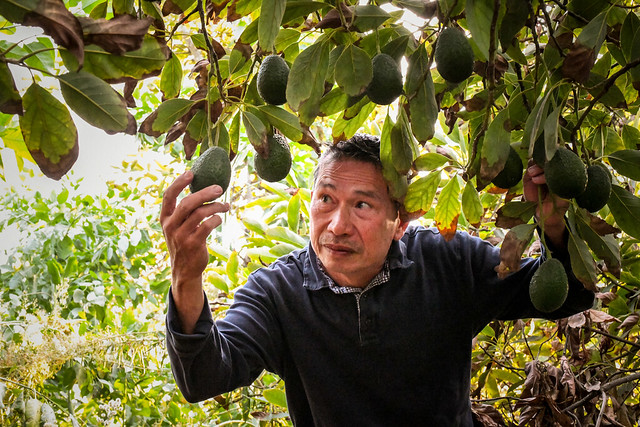 US Department of AgricultureThe farmers claim that each day about 48 tons - four truckloads worth of avocados - are stolen by gangs that hijack their shipments on state highways in Michohocán. The farmers also blame these organized crime groups for their losses and accuse them of kidnapping their drivers - a pattern the growers say they can’t sustain for much longer.

“It’s impossible to continue taking these losses,” the ad read. “Failing to stop the theft of these lorries will have an irreparable impact on the avocado industry.”

In hopes of maintaining shipments, some packers began to insure the avocados that are stolen at 15 pesos (USD$0.78) a kilogram, the Guardian reported.

The criminal organizations don’t just steal trucks to make their cash; a story from the Guardian estimates that the local cartel, Los Caballeros Templarios, makes two billion pesos ($109 million) a year off of extorting farmers in Michohocán.

The state has been the epicenter of Mexico’s largely failing war on drugs as well. Former President Felipe Calderón began his 2006 term by sending thousands of armed troops and police to Michohocán in an attempt to stamp out the violent gangs, to no avail.

The billion dollar avocado industry has been fueled by surges in international interest, as some claim the fruit is a “superfood,” desire for avocado-based guacamole, or have incorporated it into a diet plan - most popularly the “keto” diet.

Eighty percent of US imports of avocados come from Michohocán, and the US would struggle to supply the increased demand if the shipments came to a halt. Avocado prices surged over 40% in April after President Trump threatened to close the US-Mexican border.

The increased demand for avocados has had farther reaching implications than just price variation: sponsoring illegal deforestation, draining local water supplies, and creating harsh or even dangerous working conditions for those who pick the fruits.