Switzerland improved its anti-corruption measures over the past few years but still has to work on the political independence of judges, the Council of Europe Group of States against Corruption (GRECO) said on Thursday. 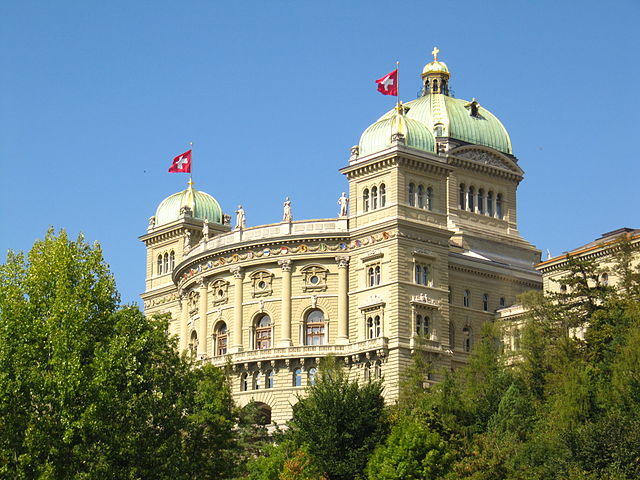 Swiss Parliament in Bern (user: Absolutely New CC BY 3.0)In its latest Compliance Report for Switzerland, GRECO said that the country had implemented its recommendations for prosecutors and parliamentarians but it still allows judges to contribute financially to political parties, possibly reducing some judges’ chances to be re-elected for political reasons.

GRECO is concerned this may violate the principle of judicial independence.

The report evaluated measures taken by the Swiss authorities to “implement the recommendations issued in the GRECO’s Fourth Round Evaluation Report on Switzerland…” dealing with “Corruption prevention in respect of members of parliament, judges and prosecutors”.

It hailed transparency improvements relating to parliamentarians’ declarations of personal interests, ensuring that “each parliamentarian spontaneously discloses any conflicts of interest during debates,” and for giving the public wider access to parliamentary committee documents.

However, it noted that “parliament had not pushed politicians to declare their financial interests and had not strengthened monitoring of declarations of interest”.

Switzerland is expected to implement the GRECO’s recommendations until the end of September 2020 and to inform the EC body of the adopted measures, as a follow-up compliance report is scheduled for 2021.