Two former Algerian prime ministers have been detained this week for their involvement in a corruption scandal in a sweeping purge of officials that have served the Bouteflika government. 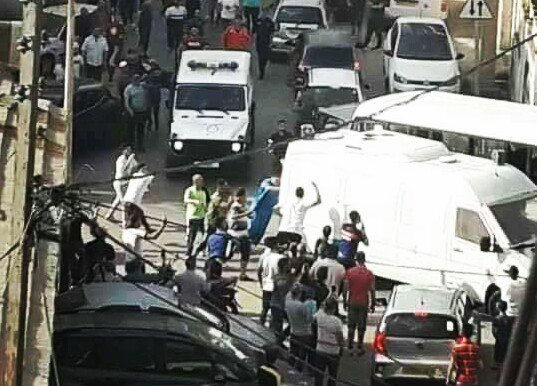 Protestors crowd the van carrying former PM Ouyahia. (@naddirdz: Twitter)Running after the police convoy that was escorting Ahmed Ouyahia to prison, dozens of citizens shouted “you ruined our country,” while sirens wailed, a Twitter video revealed on Wednesday.

Ouyahia, who resigned in March after serving as prime minister since 2017, was sent to El-Harrach Prison on Wednesday and his predecessor Abdelmalek Sellal was detained on Thursday after having faced Supreme Court.

Ouyahia and Sellal are being investigated for their involvement in a corruption scandal that has seen at least 45 people investigated, some jailed, including the former president’s brother and top military generals.

The accusations range from money laundering, misuse of public money to using officials posts to influence industrial and commercial contracts, according to Algerian state media, TSA.

Sellal is “being investigated for ‘corruption and dilapidation of public funds,’” according to the Associated Press.

Ouyahia is suspected of “‘granting privileges’ to the owner of a car assembly plant,” according to Moroco World News. Ouyahia and Sellal are being held at the El-Harrach Prison, east of Algiers, on the orders of the Algerian Supreme Court.

The scandal revolves around automobile tycoon Mahieddine Tahkout who is accused of money laundering and “‘undue privileges’ pertaining to the assembly of cars under the rule of Bouteflika,” according to New Arab. Tahkout owns multiple car assembly factories, specializing in building the Korean brand Hyundai.

Tahkout was arrested on Monday with his brothers and son, and is currently also detained at the El-Harrach Prison, New Arab reported.

Elections were scheduled for July 4 but have been canceled by the Algerian Constitutional Court. No new date has been picked.