The Communist Party of China said on Tuesday it placed a top official from the autonomous region of Inner Mongolia under investigation in what seems to be a sequel of the country’s anti-graft campaign. 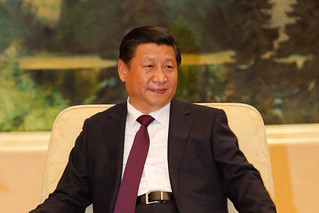 China's President Xi Jinping (Photo: Global Panorama)Yun Guangzhong, 59, the chief of the party in the province’s capital of Hohhot since late 2016, is suspected of “severe violations of law and discipline,” according to the Central Commission for Discipline Inspection.

South China Morning Post reported that Yun was arrested. Some Chinese media explain that the definition of “violations of law and discipline” means nothing but corruption.

Yun’s detention was somewhat expected, according to media that quoted state-controlled Inner Mongolia Daily, as Zhi Shuping, the head of Beijing’s inspection group, just recently said that “some local leaders have not properly studied and carried out the important instruction of President Xi Jinping.”

Shuping, as reported, also blamed on the province’s government of being ineffective in fighting crime, thus failing “to recognize the seriousness and complexity of the campaign.”

Yun, an ethnic Mongolian, is the third Inner Mongolia’s official investigated for graft since the beginning of this year and the sixth arrested since late 2012. Overall, more than 1.3 million party officials were snatched across the country since the start of Jinping’s war on corruption.