The reputations of the police chief in charge of the investigation and the doctor who assessed the condition of Ivan Golunov, the journalist who was arrested last week and charged with intent to sell drugs, have come under fire for their opaque histories. 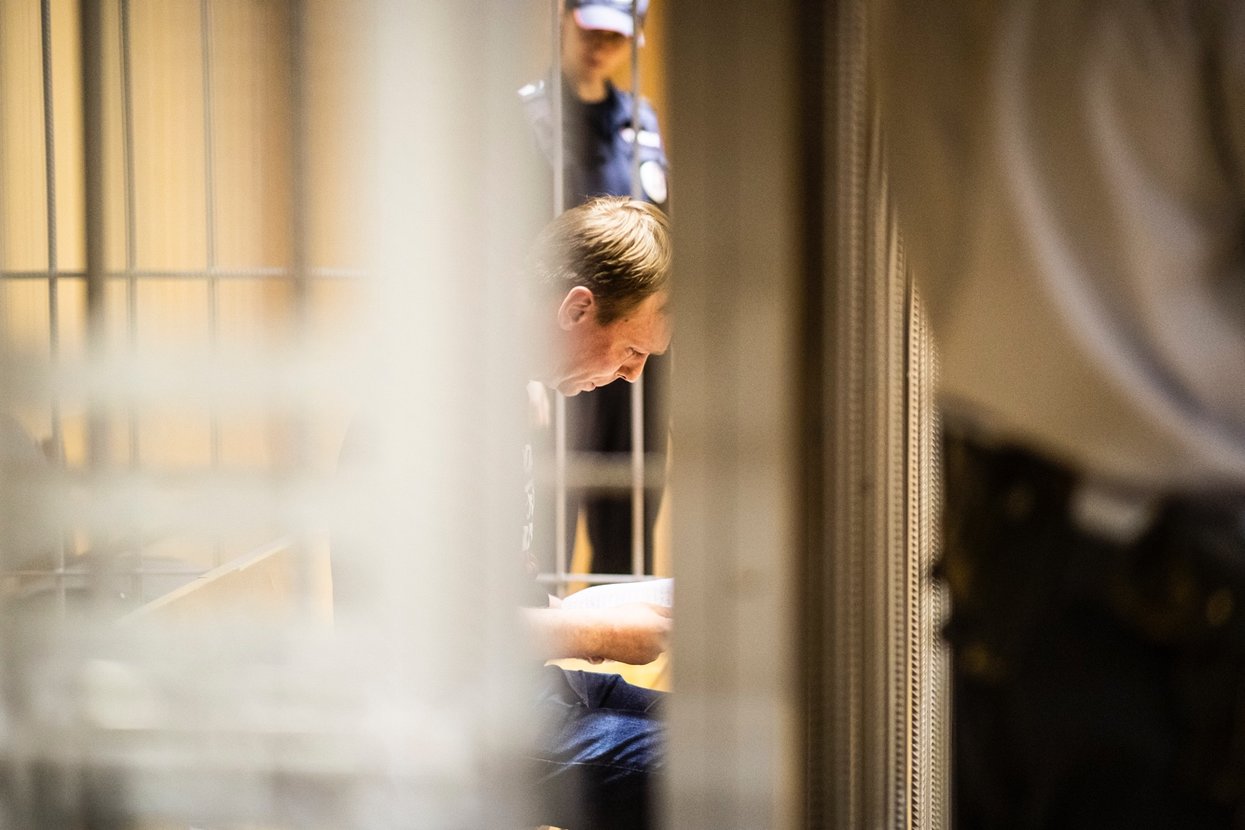 Ivan Golunov in Custody (Evgeny Feldman, Courtesy Meduza)Colonel Andrei Shchirov, the head of the drug trafficking division of the Ministry of the Interior, was the subject of a joint investigation into expensive real estate and luxury cars that are far surpassing his income and questionably registered to older retired family members.

The report on Shchirov was published on Sunday by Baza and Transparency International.

Golunov’s claims of police misconduct stand to gain considerably more weight considering a March story from Radio Liberty about Shchirov’s alleged involvement in a heroin smuggling case that was later dropped and several instances of fabricating criminal cases in the 2000’s.

Golunov claims that the drugs were planted in his backpack and in his home, recalling how he was left in the police car for 30 minutes as police went through his home. Police then posted photos of what they claimed to be drugs in his Moscow apartment, later backtracking when friends of Golunov failed to identify eight of the nine photos as his apartment.

Golunov spent part of Saturday in the hospital, after sustaining injuries that he claims police inflicted during his detainment - dragging his body around the station, punching him, and stomping on his chest - which Russian authorities fully denied.

Though first responders told Meduza that Golunov has a concussion, hematoma, and possibly broken ribs, the doctor at the hospital he was brought to, Dr. Myasnikov claimed that Golunov had no serious injuries.

According to Eastern-Europe based reporter Leonid Ragozin, Dr. Myasnikov comes from a historically connected family and has spent much of his time practicing medicine under the supervision of the Russian government.

He spent part of the 80’s in Mozambique and Angola in the 80’s coincided with Putin-aligned Igor Sechin’s time there, and his three year stint in France in the 90’s was as chief doctor of Russia’s embassy.

He eventually returned to Russia at the time Putin was elected and eventually become the chief doctor of an exclusive hospital run by the presidential administration.

Dr. Myasnikov isn’t just a doctor but a social commentator as well, often appearing on Russian talk shows in the role of expert and cynic, according to Ragozin. The doctor took to Instagram to express his lack of sympathy for Golunov after his visit, citing his upbringing in the USSR, where Golunov was also born.

Golunov and his defense team will have time to consider the motivations of these officials and more over the next two months, as police put the reporter under house arrest Saturday evening with restrictions on contacting fellow journalists.