A Delhi doctor was arrested Saturday for his involvement in an international kidney racket plot, according to Indian media. 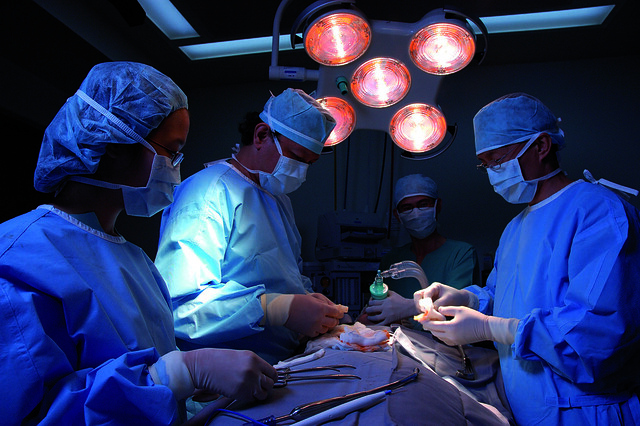 Kidney Transplant Surgery (Photo by Tareq Salahuddin CC BY 2.0)Deepak Shukla, CEO of Pushpawati Singhania Hospital and Research Institute in Delhi, has been charged with the trafficking of organs, criminal conspiracy and cheating, police told The Times of India.

Anat Kuma, the Kanpur Chief of Police, told the Times Shukla is being charged under the Transplantation of Human Organs Act for his role in helping with illegal kidney donations.

Shukla, according to police, faked documents and mislabeled DNA samples provided by donors and recipients.

The kidney scandal first broke in February after police received a tip that at least 12 donors arriving from Turkey and the Middle East had scheduled kidney removal surgeries. Recipients paid up to 80 lakhs (US$114,900) per kidney, 30 times more than what donors were paid.

So far, 13 suspects have been arrested and one doctor, Ketan Kaushik,who arranged travel visas for international donors, is currently on the run. Shukla was arrested after his name was mentioned by 10 suspects during questioning.

Three doctors from two hospitals have been served notices for their involvement in the scheme. Police told media that a third Delhi hospital is under investigation.

Shukla is being held for questioning by the Kanpur Police while his hospital remained silent.