Malta remains poised at the head of the European Union pack in terms of projected annual rates of economic growth, but this has also opened the country up to the increased proliferation of financial crime that it is currently not able to manage, according to the European Commission and Malta itself. 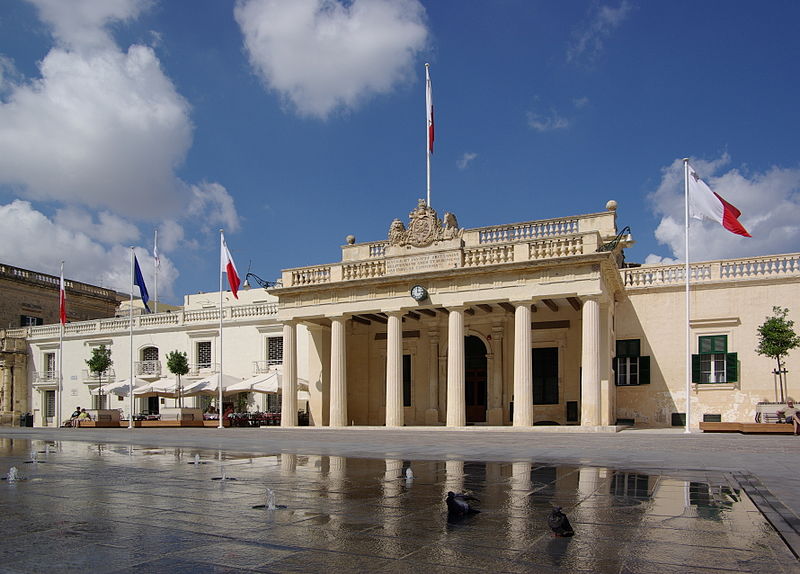 Office of Attorney General in Malta (Source: Berthold Werner)Crime in the country has fallen overall but financial crime is on the rise, said the head of the Maltese Economic Crimes Unit, Ian Abdilla, at the annual FinanceMalta general conference on Thursday. FinanceMalta is a public-private initiative established to promote Malta’s interests as a global financial center.

If poorly regulated, financial crime and corruption could hurt Malta’s business environment and its attractiveness to investors, according to the European Commission’s country-specific recommendations for Malta, published Wednesday.

According to expert GianFranco Mautone, recent bank scandals, such as that involving money-laundering within Pilatus Bank last year, has caused people to view Malta as “high risk.”

Earlier this year, Malta was given a failing score in the preliminary draft of its first Moneyval evaluation by the Council of Europe, a senior source told the Sunday Times of Malta.

Moneyval assesses member states on their compliance with international standards to counter money laundering and the financing of terrorism, and has the aim of helping national authorities improve their money laundering prevention capacities.

At Thursday’s conference Malta’s Finance Minister, Edward Scicluna, noted that the country has two bodies that address organized money laundering--the Malta Financial Service Authority (MFSA) and the Financial Intelligence Analysis Unit (FIAU)--but said the government is currently looking into creating a “much bigger institution” to deal with the issue.

Last year, the European Banking Authority found “general and systemic shortcomings” in the way the FIAU responded to its directives on the prevention of money laundering when dealing with Pilatus Bank.

Scicluna also expressed support for the idea of an EU-wide institution to deal with anti-money laundering activities.

Awareness of money-laundering and financial crime has increased in Malta, according to the director of the FIAU, Kenneth Farrugia. He said that the institution has received nearly 1,000 reports of suspicious transactions this year.

Two members of the European Parliament who were also on the panel, Roberta Metsola and Alfred Sant, acknowledged that Malta has struggled with “catching up” with its unprecedented economic growth, but that showing the world that proper due diligence is in place is important.

“Reputation [is] everything,” said Metsola.