Suspiciously large amounts of gas sold in low-populated areas of Colombia that don’t even have very many roads made the country’s Attorney General launch an investigation into the possibility that the excess gas is being used for cocaine production. 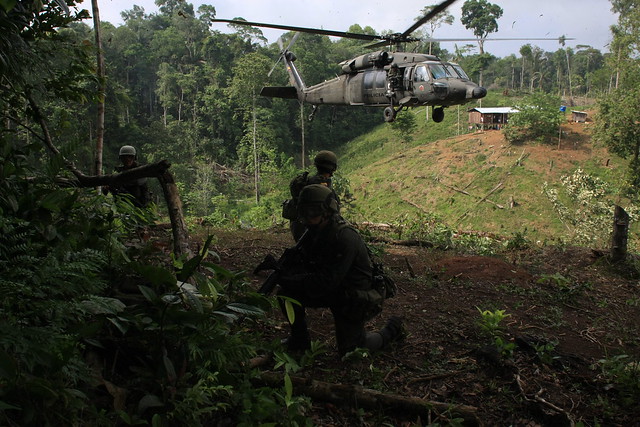 “In Colombia, it seems that we have more gasoline stations than people,” said Attorney General Néstor Humberto Martínez in a May letter to the Minister of Mines and Energy. “We have found 33 petrol service stations that present atypical sales behaviors.”

The letter said it was possible that the gas is being used in the production of cocaine, considering the fact that the gas stations are located near large coca plantations.

For example, in Riosucio, a town in western Colombia with a population of 29,000, one station sells 1.2 million gallons of gasoline a year, which is about the same amount sold by the highest selling station in the capital of Bogota, according to the El Tiempo newspaper.

Juan Fransico Espinosa, an official in the Ministry of Justice and Law, told the paper in an interview that sometimes the gas stations don’t even exist in these rural areas.

“In reality, it is a small warehouse and really the gasoline does not arrive there, but it goes directly to the drug traffickers,” he said.

The Attorney General recommends regulating gas sales in this area, estimating that this way “production of about 89.4 tons of cocaine base per year could be avoided.”

In response, the government is debating a resolution to place stronger restrictions on how much gasoline these stations can sell.