Italian police said on Wednesday it detained 35 people and seized assets worth 30 million euros in a crackdown on a newly-discovered powerful ‘Ndrangheta clan near the southeastern coastal town of Crotone. 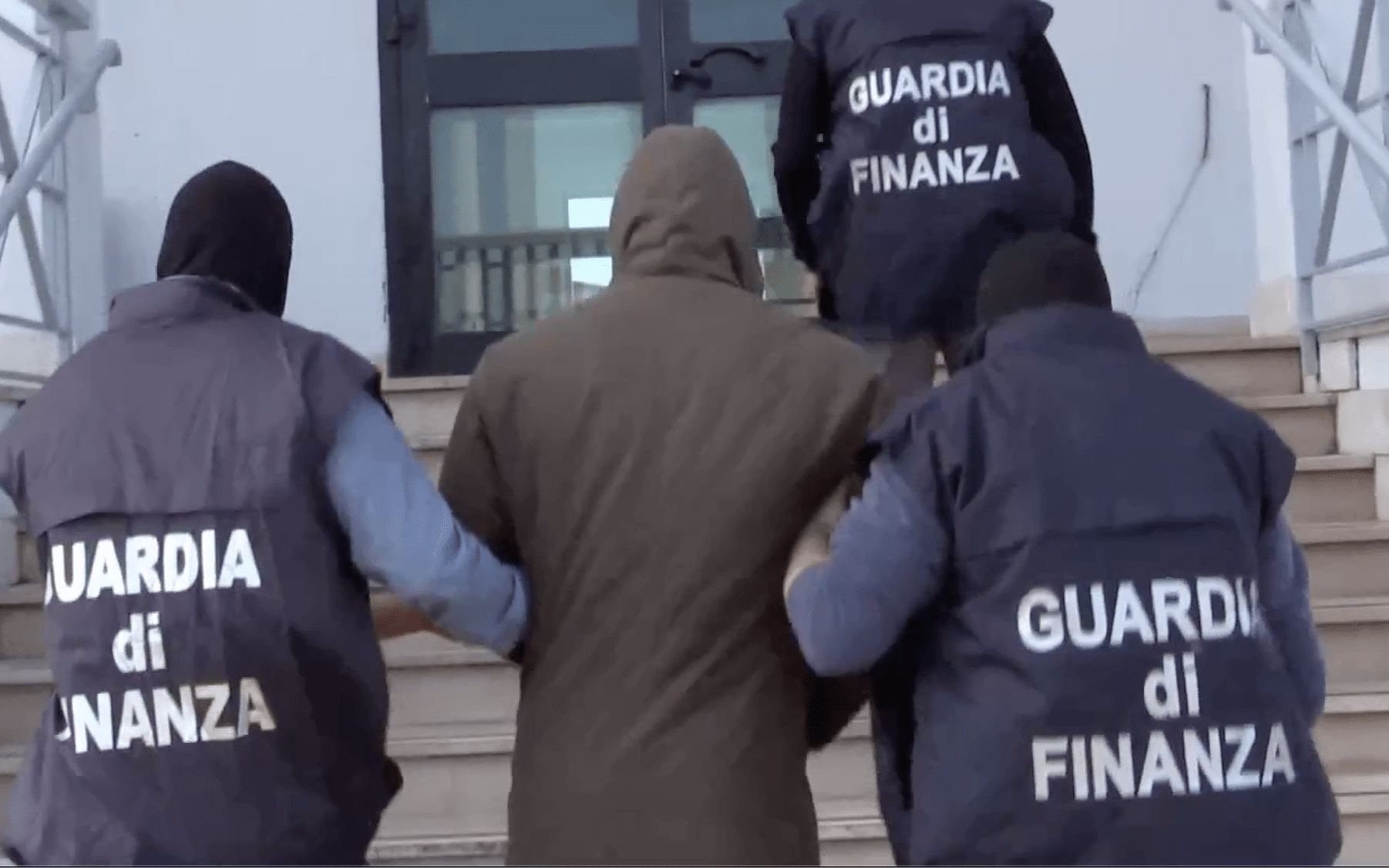 Screengrab from arrest video (Guarda di Finanza)The suspects were charged with mafia association, drug trafficking, racketeering and illegal firearms possession. They are also accused of being part of a previously unknown ‘Ndrangheta cell from the village of San Leonardo di Cutro in Calabria.

Through extensive wiretapping and testimonies collected from former affiliates, investigators from the Guardia di Finanza discovered that the group had been active since the 70s. Over the decades it allegedly changed the scope of its criminal activities from illegal cigarettes smuggling to drug trafficking and, finally, extortion and loan sharking.

Investigators said the group had a grip on local tourism, the region’s most important economic sector. Its affiliates allegedly imposed a tight control over a number of popular seaside resorts, by either demanding protection money or forcing them to procure supplies and contract workers from companies linked to the ‘Ndrangheta syndicate.

“The clan had a nearly total control over the territory,” said anti-mafia prosecutor Nicola Gratteri in a press conference.

“They demanded money from all the major tourist operators in the area,” he said, explaining that with the proceeds, clan members “took over commercial activities.”

Wiretapped conversations also revealed that the clan bosses frequently commented on the work of antimafia prosecutor Nicola Gratteri. They allegedly called him “a walking dead man,” comparing him to Giovanni Falcone, the legendary Palermo magistrate who was assassinated in a bombing attack. However, investigators found no evidence of any real plot against Gratteri.