Former security advisor to Afghan President Ashraf Ghani claimed in an interview with Khurshid TV last week, that some in the administration traded coveted government positions for sexual favors. 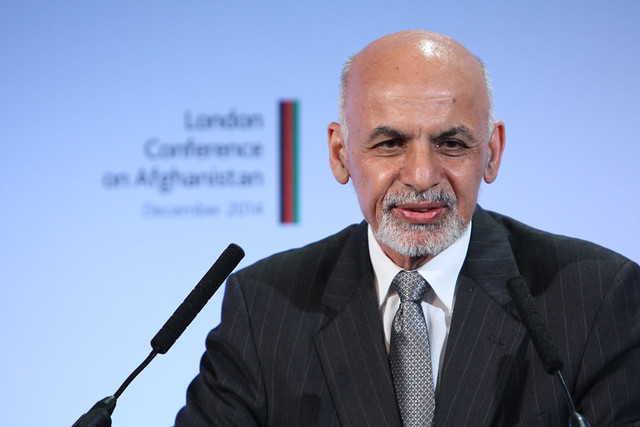 President Ashraf Ghani (Photo by ‘Patrick Tsui/FCO’)“People were working systematically for promoting adultery in the palace, and everyone is aware of it,” said General Habibullah Ahmadzai, citing reasons for his departure from the administration after advising the President for over three years.

Critics have claimed that these accusations are largely retaliatory for Ahmadzai’s failure to be elected to parliament in the 2018 election but Mariam Wardak, a security analyst who worked within the administration, backed up the general’s claims in an interview with an Indian news network.

“One may take General Ahmadzai’s interview as someone scorned,” Wardak said. “But that understanding of the issues he brought up and highlight reflect reality.”

President Ghani’s supporters were quick to deny the allegations of the exchange of sexual favors.

“As a female member of cabinet in NUG, I can say with confidence that these allegations are baseless,” Nargis Nehan, Minister of Mines and Petroleum said in a tweet.

“Mr. Habib Ahmadzai's allegations are completely false and baseless,” Presidential spokesman Haroon Chakhansuri said to the press. “This issue will be seriously investigated and the results will be shared with the people of Afghanistan,” he said.

People on both sides have expressed concerns that these allegations could strengthen the Taliban’s influence in the country. The US has been engaging in peace talks with the Taliban, wrapping up their sixth meeting earlier this month.

Much of the discussion has stalled around the withdrawal of American troops, which the Taliban sees as propping up an illegitimate government in Kabul, which must now deal with these newfound allegations.