The EU’s threats to withdraw Romania’s voting rights, funding, and to block it from entering the visa-free Schengen area over the country’s addressal of corruption is “wrong” and “dangerous,” Prime Minister Viorica Dăncilă said on Wednesday. 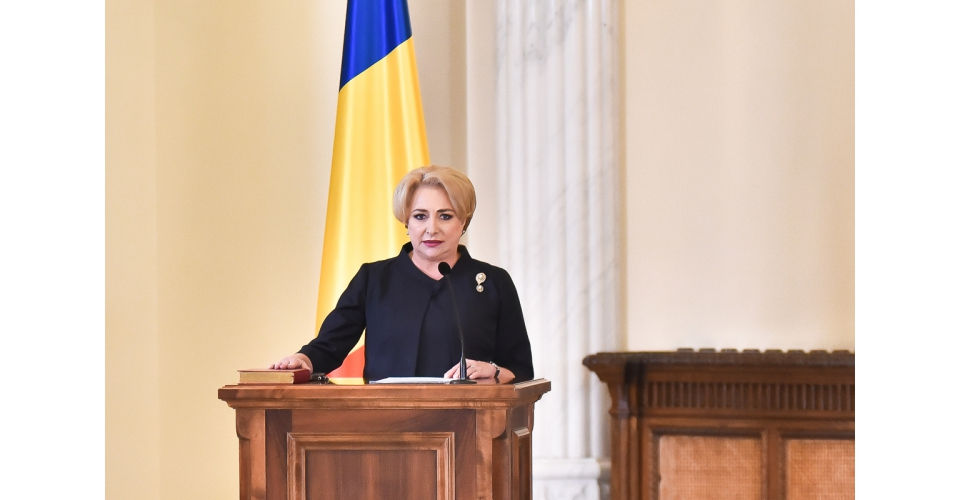 PM Viorica Dăncilă (Photo by: gov.ro) On May 10th Vice President of the European Commission, Frans Timmermans, sent a letter to the Romanian government warning them of the possible consequences of continued interference with judicial independence and not effectively fighting corruption.

"I'm disappointed,” Dancila said, calling the EU’s move “politically motivated” in light of the upcoming elections for the European Parliament.

Spokesman Margaritas Schinas announced the Commission’s actions a few days later, saying the concerns also relate to "the protection of financial interests of the EU and particularly to the recently adopted amendments to the Criminal Code that create a de facto impunity for crimes."

The European Union has taken implicit stances against Romanian corruption, in addition to their more explicit moves.

“If the necessary improvements are not made or if further negative steps are taken, such as promulgation of the latest amendments to the criminal codes, the european commission will trigger the rule of law framework without delay,” Schinas said, referencing Article 7, often referred to as the “nuclear option.”

If Romania is found to be violating the values of the EU, it could face any number of suspensions of their rights as a member state, as well as their chances of joining the Schengen area.

“Our objective, to sum it up, is and remains to help Romanian authorities to find solutions to all of these rule of law related issues,” Schinas said. “The commission remains ready to engage in a constructive dialogue with the romanian authorities and work together for a stronger Romania in the European Union.”

In March the European Parliament chose former Romanian corruption prosecutor Laura Kövesi as their top-choice for European Chief Prosecutor, a position expected to be introduced in 2020 to combat fraud.

Kövesi was fired in 2018 for politically-motivated misconduct accusations after 12 years of pursuing corruption charges throughout the country.

On May 26th Romanians will vote on whether a ban should be established on pardons and amnesties for corruptions offenses, a move seemingly responding to recent high-profile corruption cases.

Romanian President Klaus Iohannis called for a referendum in March to address the methods of the parliament-dominating Social Democratic party (PSD).

“Justice is a matter of national interest, and citizens have the sovereign right to decide whether or not to let corruption become state policy,” Iohannis said during his announcement.

The questions that will appear on the ballot are as follow:

"Do you support a ban on amnesty and pardon in cases related to corruption?" and "Do you support blocking the adoption by the executive of emergency ordinances that stipulate punishment for crimes and re-organise the judiciary, and [also support] extending the period of time during which these ordinances can be challenged in the Constitutional Court?"

Both questions address concerns that high-profile corruption cases might be invalidated through various methods. Social Democratic leader Liviu Dragnea has previously attempted to weaken Romania’s corruption laws, which he has been accused of breaking, to the ire of many European leaders and Romanian opposition parties.

Some of Romania’s recent attempts to lessen the blow of corruption allegations include a bill that would decrease the statute of limitations on corruption cases and another ordinance in 2017 to decriminalize minor corruption offenses which was later repealed.

The most recent attempt actually targets the referendum itself, as Social Democratic Prime Minister Dăncilă decreed earlier this month that a referendum is only valid if 30% of registered voters attend the vote, a change from the previous rule that only required 30% of the country to be registered.

Iohannis, leader of the current chair of the Council of the European Union (Romania), has called out the PSD for their anti-corruption stances.

“The PSD continues the assault on justice since coming to power,” Iohannis told reporters after his announcement.