The European Commission announced on Friday that it would open an investigation into the largest Swedish telecom company’s latest potential acquisition over monopoly concerns. 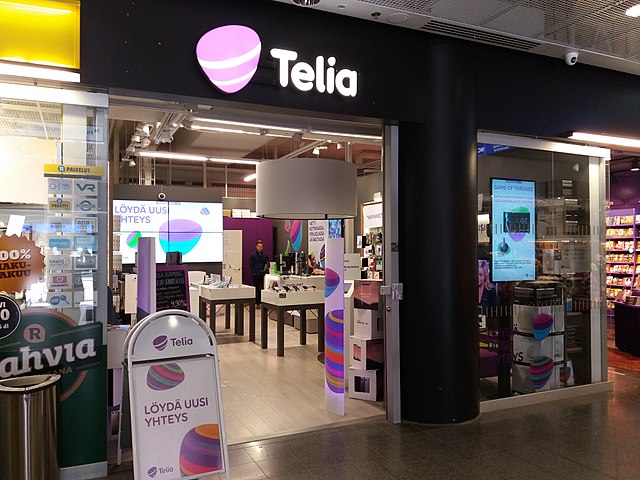 A Telia store in Finland (CC 4.0)Telia Company was previously forced to pay US$965 million in fines to the United States and the Netherlands over a bribery scandal while entering the Uzbek market. Three company executives, including a former CEO, were charged and later acquitted over technicalities in Swedish bribery laws.

In a press release initially announcing the acquisition of the smaller Swedish media group Bonnier Broadcasting, Telia President John Dennelind said the company has a“clear view of how we will maintain the editorial integrity of the business going forward.”

“Telia Company, with its leading mobile networks and technical capabilities, will be an excellent owner and develop these businesses further,” President Tomas Franzén of Bonnier Broadcasting said in the same press release.

However, the European Commission’s chief concerns were over the acquisition’s potentially anti-competitive nature, initially assessing that competitors in the Swedish and Finnish markets could be shut out of specific channels. Telia operates throughout all the Nordic countries, while Bonnier Broadcasting primarily operates in Sweden and Finland.

The commission is also worried that competitors would be excluded from advertising, Telia’s streaming services would be denied for users of competing internet services, and that costs for TV would increase for customers as choices dwindled.

The European Commission enforces Articles 101 and 102 of the Treaty on the Function of the EU, which are intended to maintain competitive and innovative markets in the EU to keep costs fair for consumers.

The commission examines all mergers of EU companies that exceed €250 million ($280 million) in net sales within the EU, which Telia Company and Bonnier Broadcasting meet with over €700 million ($786 million) in sales in 2018.

Telia Company notified the EC about its intentions in March, which gives the commission until September 19 to determine whether the acquisition would be anti-competitive.