Russian President Vladimir Putin signed on Wednesday a divisive bill into law that aims to increase the country’s sovereignty over its Internet and help defend against foreign cyber attacks. Critics, however, claim the law will further limit the country’s media freedom. 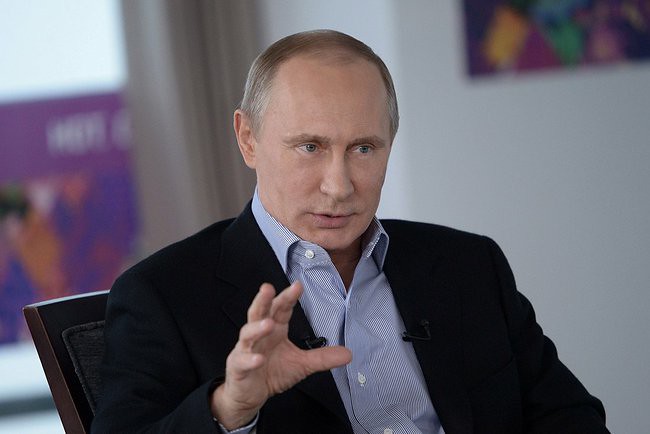 An explanatory note says the law is “prepared [to] tak[e] into account the aggressive nature of the US National Cyber ​​Security Strategy adopted in September 2018,” seeming to address allegations that the Russian government colluded with hackers to influence the results of the 2016 US presidential election, accusations the law says are “unsubstantiated.”

“Under these conditions, protective measures are necessary to ensure long-term and sustainable operation of the Internet in Russia, enhancing reliability of the Russian Internet resources,” the law continues.

The legislation carries “serious risks to the security and safety of commercial and private users and undermine the rights to freedom of expression, access to information and media freedom,” Human Rights Watch and nine other media freedom and human rights groups wrote in a joint statement published last month.

The bill was the subject of widespread criticism, protests and online campaigns after it was introduced. The State Duma approved it last month, passing it off to Putin for signing.

According to Human Rights Watch’s joint statement, the law will allow Runet to operate independently from the World Wide Web in the event of an emergency or foreign threat—but does not clearly define what it considers a ‘security threat’ to be. Authorities will now be able to block access to parts of the internet in Russia, or cutting off all internet access throughout the country entirely.

The legislation violates the provisions of freedom of expression and privacy protected by the International Covenant on Civil and Political Rights (ICCPR) and the European Convention on Human Rights (ECHR), to which Russia is a party, Human Rights Watch and others said.

The authors of the legislation are senators Andrei Klishas and Lyudmila Bokova, as well as State Duma deputy Andrei Lugovoi. Lugovoi is wanted by the United Kingdom on suspicion of the murder of Alexander Litvinenko, a former KGB officer who received political asylum in Britain and died mysteriously from polonium poisoning in 2006.