Over 200 victims of human trafficking, 157 of them children, were rescued by police in Benin and Nigeria in an operation led by Interpol. 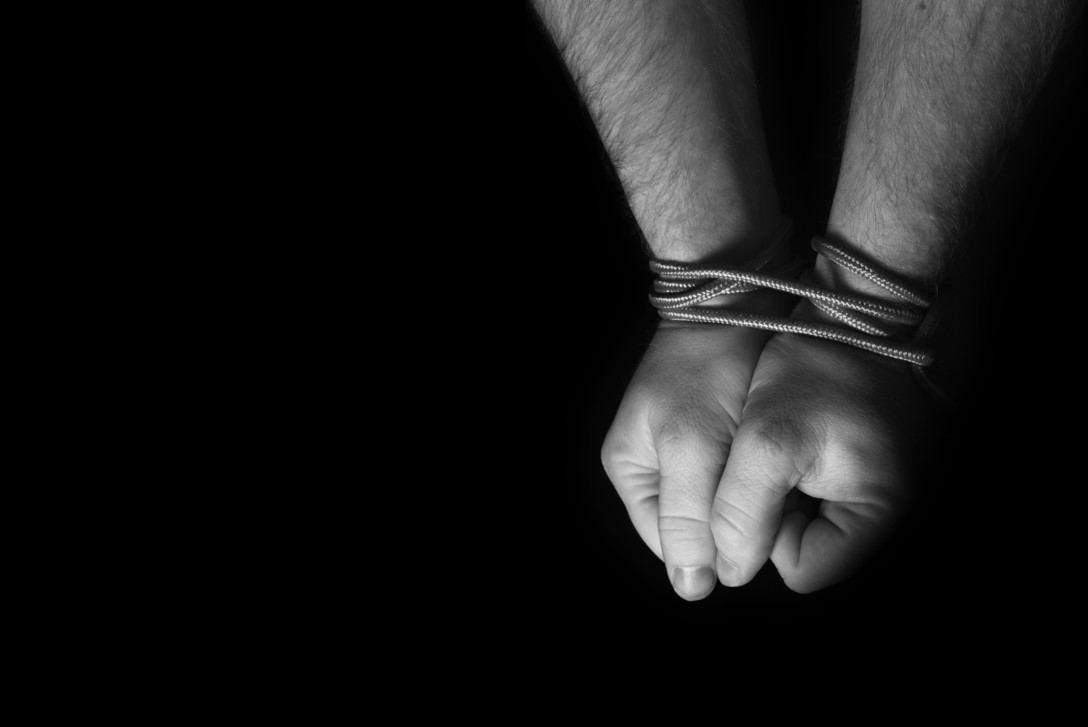 An estimated 40.3 million people were victims of modern slavery at any given time in 2016. (Photo: U.S. Air Force)Police arrested 47 individuals and seized vehicles, cash, mobile phones and computers as part of the still ongoing Operation Epervier II, Interpol said in a press release last week.

The 157 minors, children between the ages of 11 and 16, were moved around as ‘merchandise’ across the Benin-Nigeria border. They were forced by human traffickers to sell goods in markets all day, haul water, cook, carry heavy loads, or work as household help. Some were the victims of sexual exploitation, Interpol said.

The majority of the children were beaten, psychologically abused, threatened with death and told they would never see their parents again.

Police found one boy whom traffickers forced to smuggle loads such as 40kg bags of rice across the Benin-Nigeria border.

All the victims rescued this month are from Benin, Burkina Faso, Niger, Nigeria and Togo.

“This operation underlines the need for cross-border collaboration between law enforcement and all stakeholders to ensure that together we can enhance our prevention, protection and prosecution efforts,” he added.

The International Labour Organization estimated that at any given time in 2016 there were 40.3 million victims of modern slavery, a quarter of them children and three-quarters of them women and children. The latter group accounted for 99 percent of the commercial sex industry.

West Africa is uniquely vulnerable to human trafficking. It is one of the poorest regions in the world and is plagued by poor governance, rampant corruption and violence.

This February, the United Nations Office on Drugs and Crime (UNODC) trained 18 West African prosecutors, judges and police officers to better combat trafficking in persons and migrant smuggling. The participants were trained to teach their peers on international cooperation in criminal cases, in the hopes of spreading knowledge and awareness of how to identify, apprehend and prosecute human traffickers.

Social services and nonprofit organizations are providing much-needed support to the victims. Minors rescued in Benin were transferred to shelters, returned to their parents or taken into care by national social services.

In Nigeria, the children were taken under the wing of the National Agency for the Prohibition of Trafficking in Persons.

“Nobody belongs in the markets or on the streets as slave labourers. As law enforcement officers it is our duty to combat human trafficking, especially when children are involved,” Hounde Seidou, a commissioner for Benin’s anti-trafficking office, said.

His colleague, an official at Nigeria’s immigration department, echoed Seidou’s words, saying that “These crimes can only be tackled collectively and through interagency cooperation.”