With New President, Ukraine Mulls Reining in the Powerful

Days after comedian-turned politician Volodymyr Zelenskiy won Ukraine’s nationwide elections, both he and political opponents doubled down on an issue long at the top of the country’s political agenda: reining in the corrupt and powerful. 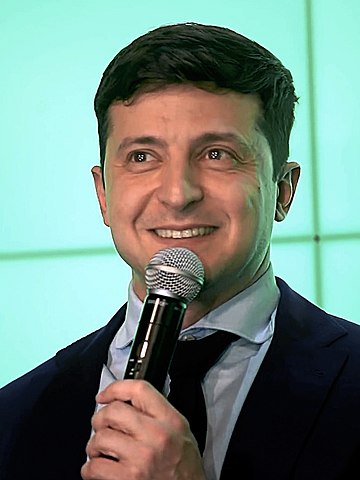 Volodymyr Zelenskiy (CC 3.0)For Zelenskiy, that meant ending the country’s constitutional immunity for its president and members of parliament--a campaign promise that his advisor, Dmytro Razumkov, affirmed would be one of the first bills his team would introduce.

Lifting parliamentary immunity could see several sitting MPs thrown in jail. These include Igor Mosiychuk of the Radical Party, under investigation for illegal enrichment, and Boryslav Rozenblat and Maksym Poliakov, suspected for their involvement in illegal amber mining.

For his opponents, that meant reining in Zelenskiy.

Two days before the vote that brought Zelenskiy--a political newcomer who played Ukraine’s president on the comedy show “Servant of the People,” opposition lawmakers from the Samopomich party proposed diluting some of the president’s powers.

Among these would be his right to appoint the chairman of the National Energy and Utilities Regulatory Commission, who sets energy tariffs with the government.

It’s a politically sensitive move. Firstly, corruption in the energy sector in Ukraine has made energy tariffs a sticking point, and nearly caused the country to lose millions of dollars of financial assistance from the IMF.

But, furthermore, Zelenskiy’s political appointments themselves are a sensitive topic. The newcomer promised Ukrainians a clean slate: a candidate unsullied by the cronyism that pervades the country’s politics.

However, media reports suggest that the comedian has close ties with oligarch Igor Kolomoisky, who stands accused of embezzling US$5 billion from Privatbank, the nation’s largest bank, before fleeing the country.

Zelenskiy has flown out to visit Kolomoisky 11 times in the past two years. Reuters reports that the two men have business interests in common, and that Zelenskiy uses Kolomoisky’s car.

Now, many analysts say that Zelenskiy’s political appointments will determine whether he’s able to steer clear of the shady ties that have bogged down his predecessors.

Contacted by OCCRP, Ukrainian lawmaker Mustafa Nayyem said that the legislation introduced by the Samopopich party was proposed years ago, as presidential powers have long been a concern in the country.

Now, however, it is mostly being promoted by allies of Ukraine’s unseated president, Petro Poroshenko.

“This legislation was proposed to the Parliament four years ago. Only now, though, parliament has remembered this draft law, because they want to hurt the next president.”

“If you compared the authority of Poroshenko and Zelenskiy, Zelenskiy will have less authority.”