Alan Garcia, a former president of Peru implicated in Lava Jato, a billion-dollar bribery scandal that shook South America, shot himself in his house in Lima on Wednesday morning as Peruvian police came to arrest him. 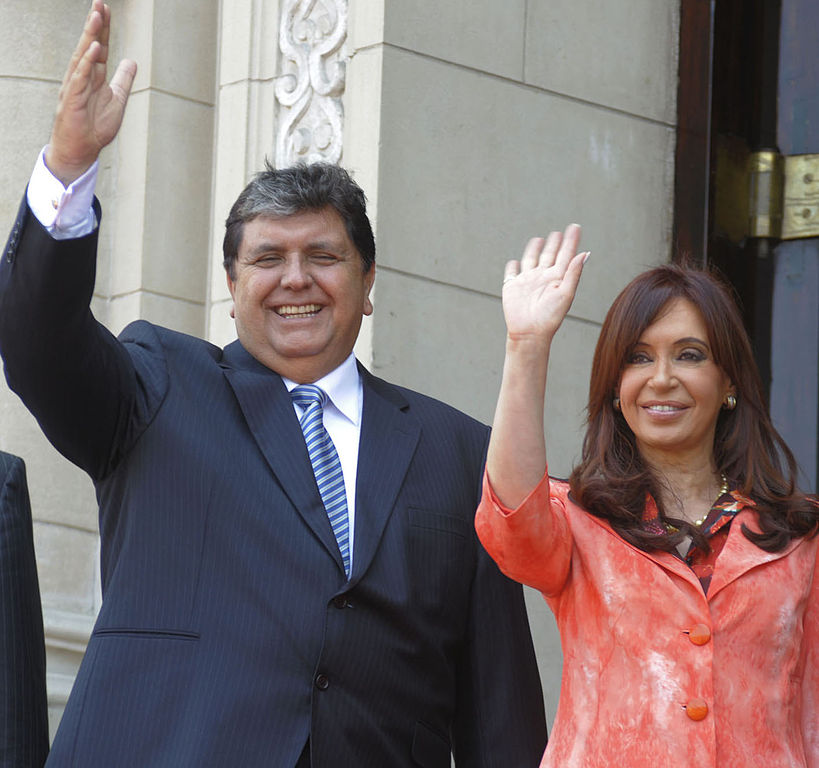 Alan Garcia, former president of Peru (CC 2.0)“I never sold myself and this is proven,” reads his final Tweet.

Garcia was found to be linked to Lava Jato, also known as the “Car Wash,” in 2016. In particular, he was investigated for taking bribes from Odebrecht, a Brazilian construction company, related to the building of the metro in Lima.

Odebrecht was behind a slew of large infrastructure projects in Latin America--the metro line in Lima, a new hotel in Cuba, a World Cup stadium in Brazil.

But slow, dogged investigation on the part of Brazilian prosecutors has revealed an underside to the construction boom: Odebrecht had a web of links with top politicians across Latin America and it bribed them vast amounts of money. The total is estimated close to US$800 million and was given in exchange for exclusive, multibillion dollar infrastructure contracts.

“Dismayed by the demise of former president Alan Garcia. I send my condolences to your family and loved ones,” he Tweeted.