Nearly a year after the US government sanctioned him and a slew of others over ties to the Russian government, oligarch Oleg Deripaska said his blacklisting was based on “filthy lies.” 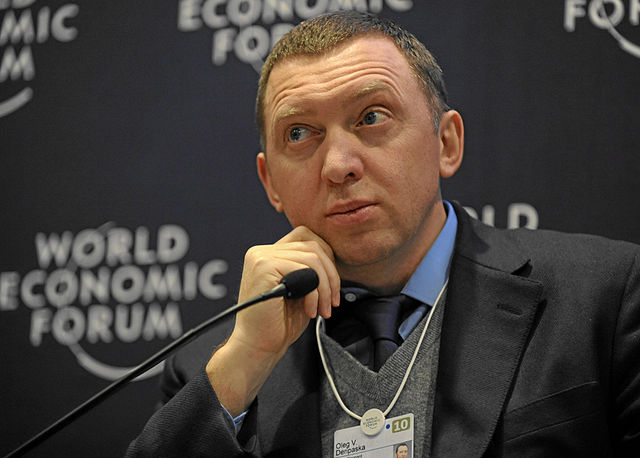 Oleg Deripaska (by Michael Wuertenberg)“Congress wants more blood,” said Deripaska to the Financial Times. “Congress has no idea what is going on in Russia, or anywhere in the world.”

He then announced that he would launch a US$600,000 prize fund to encourage journalists to dig into why he was sanctioned.

Deripaska was sanctioned by the US government last year over alleged close ties to Putin. Announcing the sanctions, the US treasury said that elite Russians who profited from Russia’s takeover of Crimea and the country’s “malign activities” worldwide should no longer be “insulated from the consequences” of their government’s actions.

Those sanctions froze all Deripaska’s assets over which the US government had jurisdiction and largely prevented Americans from doing business with him.

Now it seems that the restrictions started to bite. Earlier this week, Deripaska announced that he was ready to give up his control over GAZ, the largest Russian van maker, as Germany’s Daimler and other suppliers and partners have stopped working with the company.

And a month ago, Deripaska announced that he would sue the US treasury over the sanctions.

“I have been arbitrarily charged for political reasons. This is about simple justice,” he wrote in an Instagram post.

That lawsuit said that Deripaska couldn’t get a fair hearing in today’s political climate.

“The general hysteria surrounding Deripaska prevents him from having a meaningful opportunity to challenge his designations through the normal channels for doing so.”

However, despite his beleaguered social media posts and interviews, Deripaska’s won significant victories. Earlier this year, sanctions against several of his businesses were lifted, including RUSAL, the world’s second-largest aluminum company.

And in January, two “sex trainers” who leaked footage of Deripaska on a yacht with Russia’s deputy prime minister were arrested. Leaked audio records suggest that Deripaska was behind their imprisonment.