A company owned by a Lithuanian businessman who allegedly was part of a network that laundered money looted by the dictator of Equatorial Guinea has donated funds for the construction of the third highest church in Russia that will serve as the principal temple of Russia’s armed forces. 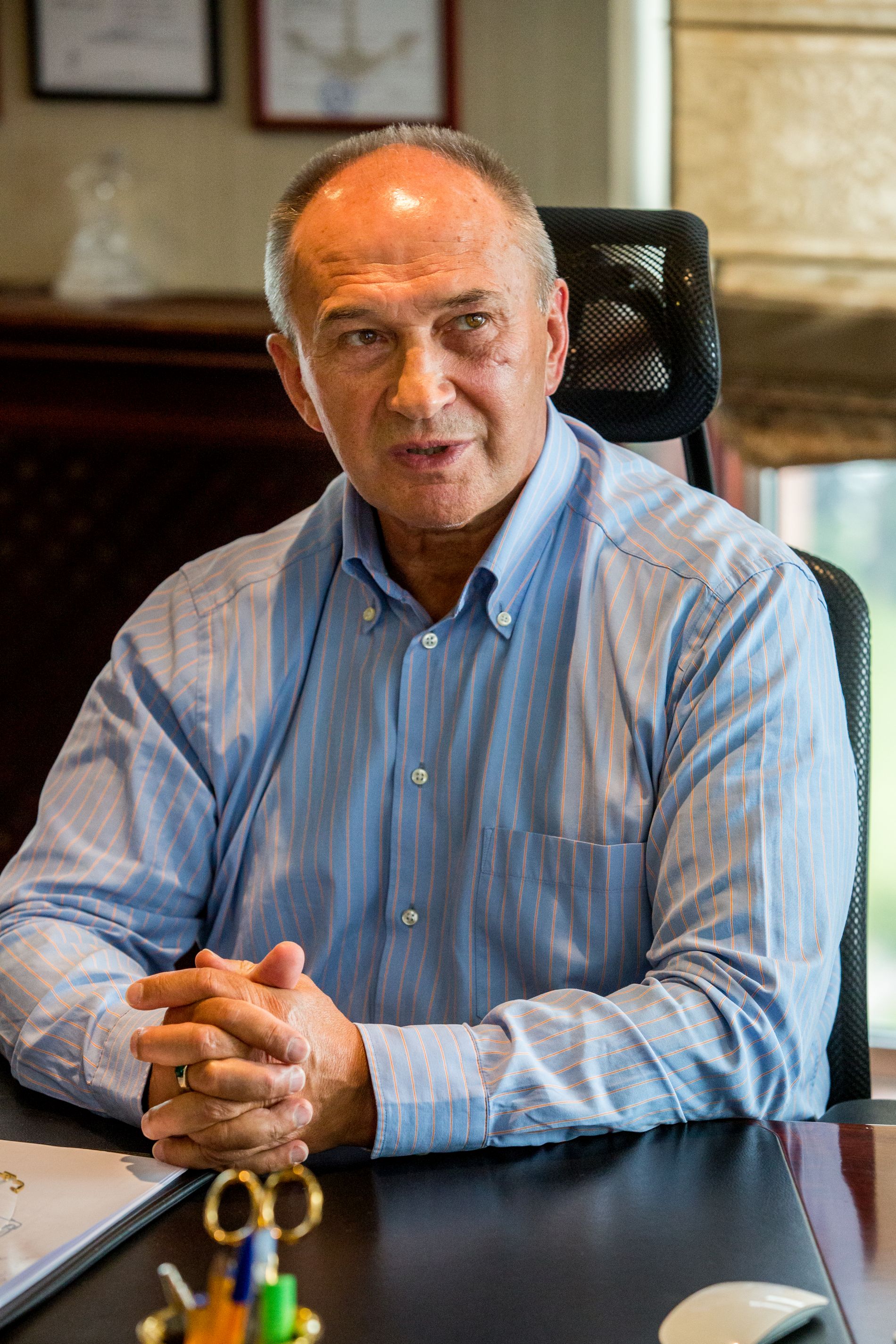 Vladimir Stefanov (Photo: Vidmantas Balkunas / 15min)A foundation called Voskresenie, established for the purpose of the construction of the temple, has listed among the nearly 55,000 donors Vladimir Stefanov’s ‘Marine Services and Repairs Pte.’ as a donor without saying how much it has donated.

The letter of appreciation at the foundation’s website is co-signed by the Russian Defense Ministry. Among the donors to Voskresenie, which stands for “Resurrection” in Russian, are private citizens but also also officials from the Russian aviation industry, as well as banks and energy companies.

Stefanov was in 2016 exposed by OCCRP as having been part of a group that has facilitated the looting of millions from Equatorial Guinea by the family of the country’s dictator, Teodoro Obiang Nguema Mbasogo, the world’s longest serving president.

One of the key players in the scheme, Russian Vladimir Kokorev, was arrested in Panama in 2015 along with his wife and son on allegations that he laundered US$ 26.5 million of oil money embezzled from the Western African nation into Spanish real estate. Spanish investigators believe Kokorev has facilitated corrupt weapons sales.

The Kokorevs were then reportedly extradited to Spain, released on bail and are awaiting trial. Vladimir Stefanov was part of Kokorev’s network. He allegedly also managed a fleet of cargo ships tied to Obiang’s dictatorial regime.

The Moscow church Stefanov’s company donated to will be filled with symbols of Russian army’s triumphs. According to BBC, die-cast stairs and elements of the floor are going to be cast of iron from the Nazi arms.

Russian media claim that the minister of defense Sergei Shoigu is the godfather of the project. The construction site has been endorsed by the leadership of the Russian Orthodox Church as well as by President Vladimir Putin.

According to BBC Russia, the church is being financed only from donations. The Voskresenie foundation lists Russian banks and companies from the weapons and energy sector among its donors. Putin too has pledged to fund the church’s main icon.

OCCRP reached out to Stefanov, but the Klaipeda-based businessman refused to comment.

“Are you not bored of calling me? As for me, I have absolutely no desire to talk to you”, he told the reporter who reached out to him.

After calling the journalist a liar, Stefanov hung up.

Lithuanian authorities are currently conducting a pre-trial investigation into Stefanov and his businesses. Ruta Andriuskaite, the spokesperson for Lithuania’s Financial Crime Investigation Service, confirmed that to OCCRP in a written statement. However, FCIS refuses to disclose any details of the investigation.