Police confiscated several computers and hard drives during Tuesday’s raid of the Minsk office of Belsat, a Polish television channel covering Belarus, in what authorities describe as a libel case investigation. 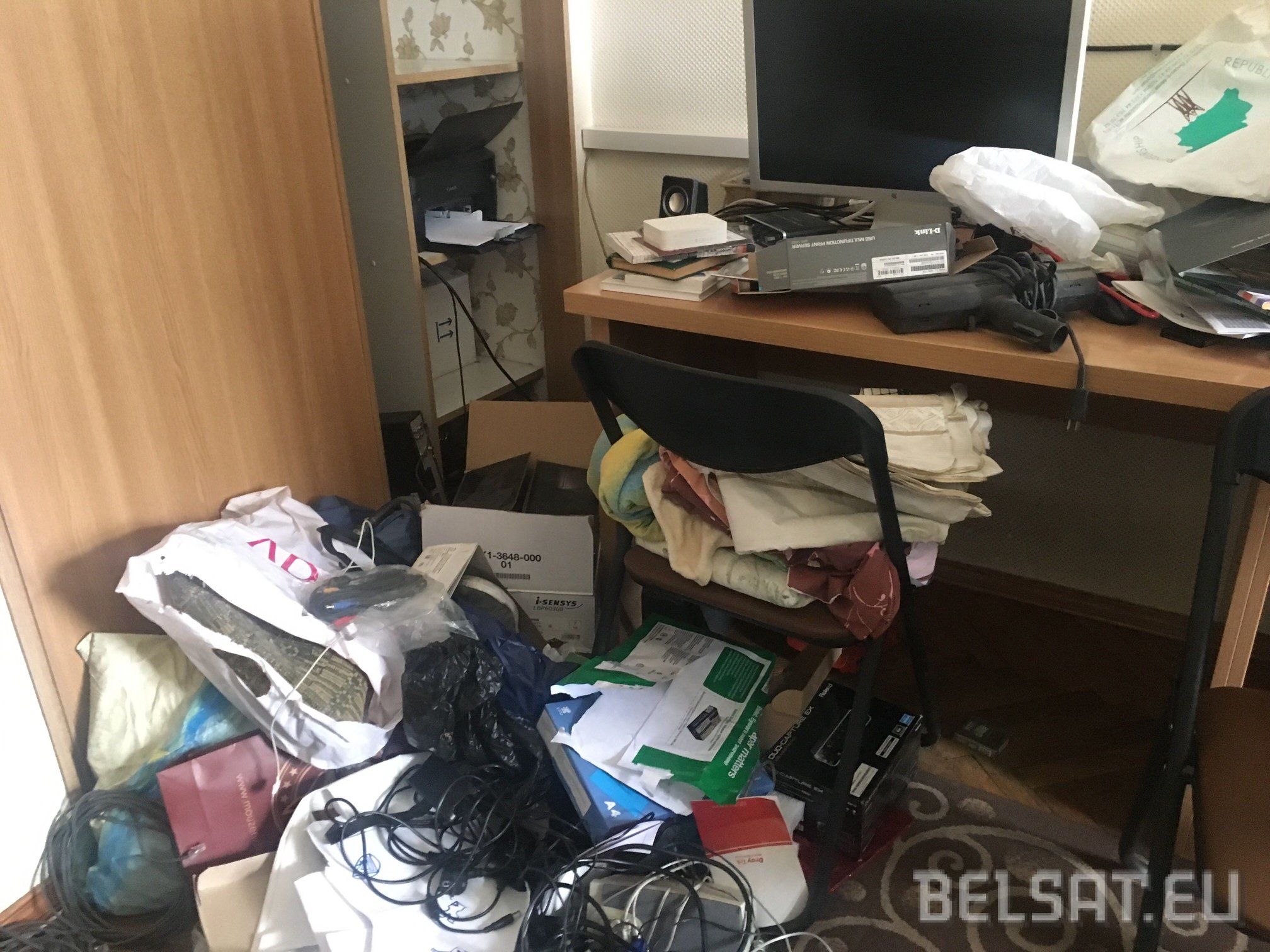 Belasat office after police raid (Photo: Belsat)Belsat reporters claim the goal of the operation is to interfere in the work of the channel, considered one of the few independent sources of information about the former Soviet country, now ruled by an authoritarian president.

“This is not the first time (the authorities) come and do searches. Before we had civil cases, now a criminal one,” said Nikolai Debiolo, coordinator of Belsat office in Minsk. “The authorities are whipping out the information space.”

Police accompanied by employees of Belarus Ministry of Emergencies arrived early in the morning at the Belsat office which is located in one of the apartments of a dilapidated five-story building in downtown Minsk. They were let in after they threatened to remove the hinges of the door with a circular saw, according to the report by Belarus Journalist Association, whose representative was at the scene.

Police say the search and seizure of computers is connected to a libel case against Belsat but would not reveal any further details.

“The investigation established the location of computers presumably used to disseminate false information online,” said Sergey Kabakovich, spokesman for the Belarus Investigative Committee, an agency handling the criminal case against Belsat, in an interview to Radio Sputnik Belarus. He added that earlier Belsat employees were interrogated as part of the same investigation.

If found guilty, Belsat reporters would be facing a fine, maximum of two years of correctional labor, or three years of restriction of liberty.

In Belarus this means living in open type correction institutions, similar dormitories that are located in small communities. Inmates must work but don’t have to wear uniforms and move between the dormitory and the workplace without escort.

Deputy director of Belsat, Aleksy Dzikawicky, explained that the only ongoing criminal case involving his television channel is connected to a 2018 investigation into corruption in medical procurement in Belarus.

In that year the website editors published a video investigation with a text wrongly claiming that Andrei Shved, the country’s top forensic expert and high-ranking military official. was detained. Belsat then published a retraction and a written apology. Nevertheless, Shved filed a libel complaint.

Dzikawicky said while at first the Belarus investigative committee found no basis for criminal prosecution, in January 2019, the case was opened by the prosecutor’s office in Minsk.

He said he sees this case as an attempt to put additional pressure on Belsat, especially having in mind the upcoming presidential elections at which incumbent President Alexandr Lukashenko, who rules since 1994 and is often described as “Europe’s last dictator,” will seek another reelection.

Elections that should according to the law be held no later than August 2020, could really be held as early as late 2019.

According to the latest World Press Freedom Index published by Reporters Without Borders, a Paris-based media watchdog, Belarus ranks 155 out of 180 surveyed - the lowest ranking in Europe. The country’s profile specifically mentions harassment of freelance journalists working for independent foreign media outlets as reaching “unprecedented levels.”

Dzikawicky said that in a similar seizure in 2017, authorities took away equipment worth 25,000 euros (US$28,000) for trademark copyright infringement. The office also received a whopping number of fines for reporting in Belarus without accreditation. Since 2018, Belsat reporters, whose requests for accreditation are continuously rejected by the government, have paid nearly 90,000 euros in fines.

Nevertheless, Dzikawicky said the raid won’t stop the reporting from the country. He also added that Belsat hopes to get the seized equipment back, just as it did after the raid in 2017.

“Some of the equipment reappeared in second-hand electronics stores, where we were able to buy it back,” he said.