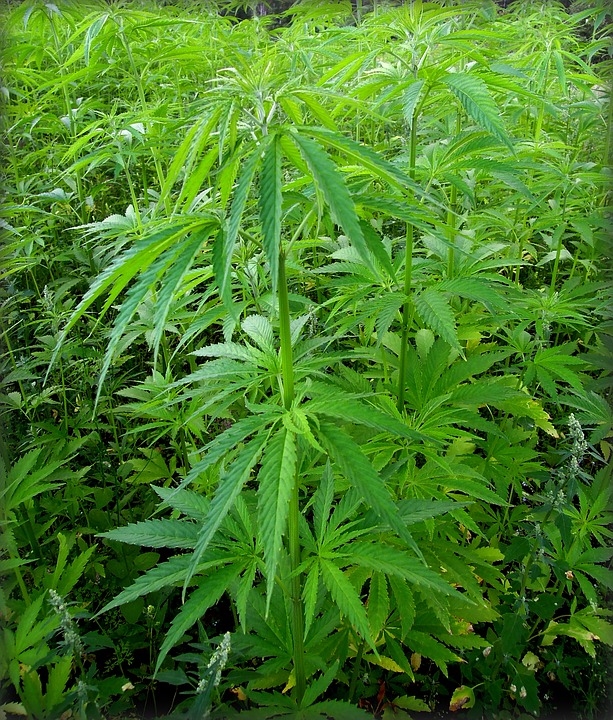 Brazil and Paraguay destroyed 1,132 tons of marijuana plants in an effort to curb drug trafficking. (Photo: Pixabay)The eighteenth phase of the Operation lasted 12 days in the Paraguayan department of Amambay. Some 338 hectares of fields, 116,300 kilograms of already packaged marijuana and 1,817 kilograms of marijuana seed were destroyed, according to local media in the Brazilian state of Mato Grosso do Sul, which borders Paraguay.

Around a dozen hydraulic presses used to make marijuana tablets were demolished and 140 packaging camps raided. SENAD did not, however, arrest any marijuana planters.

The estimated yield of the marijuana fields, 1,132 tons, would be worth some US$33 million.

Paraguay’s illegal marijuana plantations are no new story. A 2017 investigation by Al Jazeera found that eighty percent of cannabis produced in Paraguay is smuggled to Brazil, where three million people say they regularly use it, according to surveys.

The United States, a major arms supplier to Paraguay, in 2017 sent a record-breaking 35 million weapons and rounds of ammunition to the Latin American nation — more than three times the amount sent the year before. According to the paper, many of these weapons are then smuggled into Brazil’s crime- and drug-ridden cities, such as Rio de Janeiro and Sao Paulo.

The Brazil-Paraguay border is not heavily policed, and powerful Brazilian gangs are now edging into Paraguay, taking advantage of the country’s underfunded and corrupt systems of law and accountability.

In an effort to stem the tide of Brazilian crime groups in Paraguay, the two countries inaugurated Operation New Alliance in August 2017 with the aim of destroying marijuana plants before they are harvested, so as to avoid their processing, transportation and entry into Brazil.

In a public hearing of Brazil’s Federal Senate Constitution, Justice and Citizenship Commission, Minister of Justice and Public Security Sergio Moro said that the strategy is much more efficient than seizing shipments of drugs already heading to the market. Moro said that there had been a “cooling down” in the Operation over the past two years, but that the countries hope to carry out more raids in the coming years.

In a meeting last week with Moro, the head of Paraguay’s SENAD, Arnaldo Benitez, requested the partnership between the two nations be extended.

Moro said Brazil would increase the number of Brazilian police in Paraguay and accept more Paraguayan officers in Brazil to “facilitate this exchange of intelligence and the accomplishment of joints [sic] operations.”

Additionally, Paraguay asked Brazil for the use of Brazilian Federal Police helicopters during the operations. Currently, they only have one helicopter on marijuana patrols.