Gambian President Yahya Jammeh would have not been able to rule from 1994 to 2016 without US and UK banks who had helped his corrupt and oppressive regime, Transparency International, TI, said Wednesday. 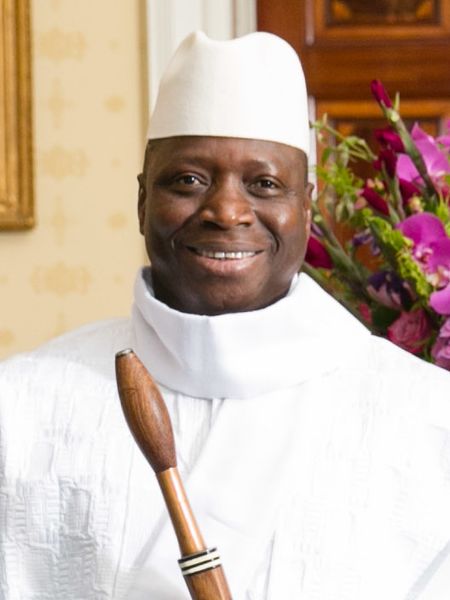 Former President of Gambia Yayha Jammeh is currently in exile in Equatorial Guinea (Photo: U.S. Department of State)Those banks “facilitated Jammeh’s theft of public monies in and out of Gambia, while he violently oppressed his people and destroyed the country’s economy,” TI Managing Director Patricia Moreira said.

The “predictable involvement of Western enablers” is a “sadly familiar pattern,” Moreira explained in response to OCCRP’s latest investigation.

Some of the world’s biggest banks — including Barclays, Citibank, HSBC Bank, and Standard Chartered — approved the transactions that facilitated Jammeh’s embezzlement of state funds, failing to conduct sufficient due diligence.

“The fact that the French oil giant Total sold oil to Gambia’s state oil company through an intermediary company, which was later sanctioned by US authorities, demands explanation,” explained Moreira.

Thousands of documents obtained by OCCRP – including bank statements, contracts, government correspondence, internal reports, and Jammeh’s own directives – show how he siphoned nearly US$1 billion of public funds during his 22-year rule, crippling one of the world’s poorest countries.

Diverting from the treasury, central bank, the social welfare office, and the headquarters of the state telecom company, Jammeh set up private accounts at the central bank, and built a network of co-conspirators by elevating certain civil servants to prominent positions and empowering a group of corrupt businessmen led by a key Hezbollah financier.

What wasn’t withdrawn to these private accounts went to businesses that received lucrative contracts (or for unknown purposes), or to foreign shell companies.

“It is vital that nothing close to this scale of grand corruption can ever happen again in The Gambia,” said Samuel Kaninda, Regional Advisor for West Africa at Transparency International.

The government under new President Adama Barrow has established a commission to determine how the constitution — consistently weakened and undermined under Jammeh — can be reformed to better protect citizens’ rights.

He has also overseen the drafting of the anti-corruption commission bill, which he says will eradicate, suppress and prevent all corrupt practices in both private and public life in The Gambia.

“The process of recovering the overseas assets of Jammeh and his circle and returning them to benefit the people of The Gambia should continue as quickly as possible,” TI’s statement says.

Yayha Jammeh is currently in exile in Equatorial Guinea, the country with the eighth highest level of public sector corruption in the world according to the 2018 Corruption Perceptions Index.