Iraq has issued a warrant for the arrest of Nawfal Hammadi al-Sultan, the provincial governor of Nineveh, a week after a sinking ferry killed over 100 people and sparked a wave of popular anger over waste of funds and fraud in the city in Northern Iraq. 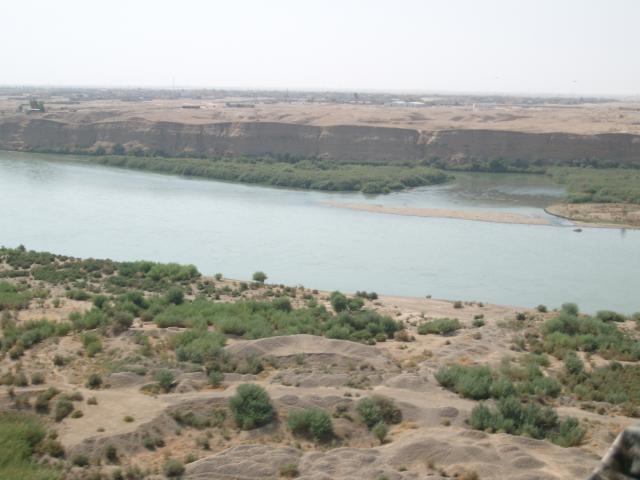 The Tigris River outside of Mosul (US Gov)The warrant comes just days after Governor al-Sultan was sacked at the urging of Iraq’s Prime Minister Adil Abd Al-Mahdi.

“For negligence and dereliction of the obvious in the performance of duties and responsibilities, and evidence from investigations that proves waste of public money and the exploitation of the job position… we suggest that you dismiss the governor and his deputies,” wrote Al-Mahdi in a Facebook post on Friday.

The ferry accident came as the province was celebrating the Persian holiday of Nowruz. Hundreds of people, mostly women and children, were on the vessel to visit an island in the middle of the Tigris river.

But one of the cables holding the vessel snapped, and the spring’s swollen waters swept revelers downstream. At least 100 people have died, and tens more remain missing.

Later news reports attributed the enormous death toll to unscrupulous ferry operators and a lack of resources for rescue services in the city.

But the waves of popular anger that convulsed the city in the days following the tragedy pointed at a larger cause for the tragedy: a culture corruption, and high officials in Mosul finding ways to direct money meant for reconstructing the city into their own pockets.

Kinda Hattar, a regional expert for Transparency International, said this anger has simmered in the years since ISIS has left Mosul. Money for the city’s reconstruction hasn’t done much to repair the scars of wars. The once-beautiful town is now a wreck, and people live in poverty.

“There was a number that relates to $320 million for [the reconstruction] of Mosul alone, and that people haven’t actually felt the impact of that money,” said Hattar.

“The parliament has given $16 million for the city of Mosul, but there was mismanagement of funds and they didn’t know how those funds were being used,” she added.

Meanwhile, she says, the provincial governor and his brother were alleged to skim 20 to 30 percent off of reconstruction contracts.

“For the president to say we have removed him based on mismanagement and corruption, well, that shows it,” she said.

Whether the ferry accident itself was caused by corruption--and not just a river at the height of its spring flooding--is debatable, Hattar said. But the losses of the people of Mosul, after two terrible wars, is not.

“I know Mosul before 2003. People were poor, but the city was beautiful. People actually lived, somehow. There was something more structured, you could walk in the street, there was safety.”